Although she has been at Todd Elementary School for only four years, Colleen O’Neill-Mangan has certainly left her mark on the school. Regrettably, she will be retiring this summer, so we caught up with her to find out what makes our district special, what advice she has for students and why working at Todd has been a dream come true for her. 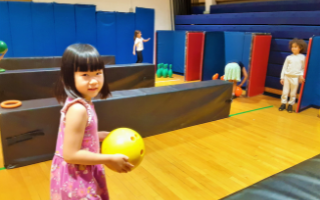 Todd Kindergartners Prepare for a Field Trip to the Bowling Alley

Todd Elementary School kindergartners are ending the school year in style; they will be going to a local bowling alley for a final field trip.

To help them prepare for the game – especially for those who have never bowled before – physical education teacher Jamie Tranchida set up a “bowling alley” in the gymnasium, complete with lanes, plastic bowling balls and pins. 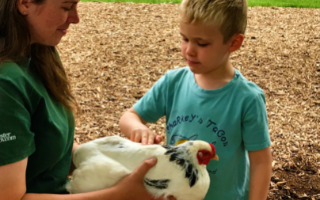 Kindergarteners Learn about Interdependency on a Field Trip to a Farm

From 1880 to 1924, Muscoot Farm on Route 100 was a working dairy farm owned by the Hopkins family. Today, Muscoot is still home to farm animals but it is an interactive park owned by Westchester County

Recently, Todd Elementary School kindergartners visited the farm as part of their unit on living environment. 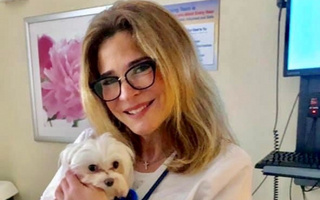 She has been a fixture at Todd Elementary for 23 years but it is now time to say goodbye to nurse Alma Ricci-Cohen. We caught up with her to find out all about her plans for retirement, her advice for the nurse who will be replacing her, and a funny incident involving one of her “frequent flyers.”

Continue Reading about Q & A With Retiring Nurse Alma Ricci-Cohen 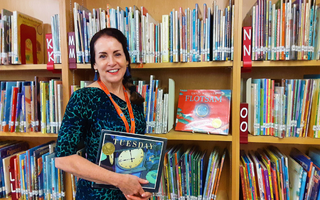 Todd Librarian is Selected for the 2024 Caldecott Committee

Years ago, when Todd Elementary’s librarian Tara Phethean was working as an assistant to legendary children’s book publisher and editor Dick Jackson, she would often mail copies of picture books to members of the Caldecott Award Committee, in hopes that they select one of those books. Little did she know that years later, she would end up being one of those members herself.

Mrs. Phethean was recently elected as one of sixteen members of the 2024 Caldecott Committee and will serve a two-year term, beginning July 1st. 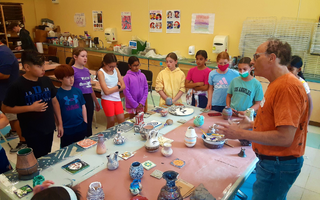 Native American pottery, with its intricate patterns and designs, conveys a myriad of images that are symbolic and often have spiritual meaning.

Todd fifth graders recently had the opportunity to create their own clay pottery and add designs in a special enrichment activity called “Day in Clay.”