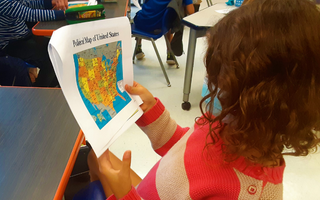 Google Earth, the program that provides 3D views of the earth using satellite images, was released exactly 20 years ago and is used by governments and private organizations to track and tag geographic data. This week, third graders in Christine Elliott and Lisa Cerrato’s class at Todd Elementary used the program to explore places on earth they had never heard of, much less been to.

“As part of Map Skills, this week we are looking at all types of maps, such as resource maps,” said Ms. Elliott. “The students already worked on maps’ keys, scale, legends and symbols. Now they are learning about the different types of maps and applying what they learned.”

Students first looked at maps on paper printouts and learned the difference between a physical map and a political map.

On the physical map, they learned what elevation means. They looked for the Rocky Mountains on the map and tried to figure out their elevation.

On the political map, they learned why the states were in different colors and also learned that dots symbolized cities and that stars symbolized capital cities. 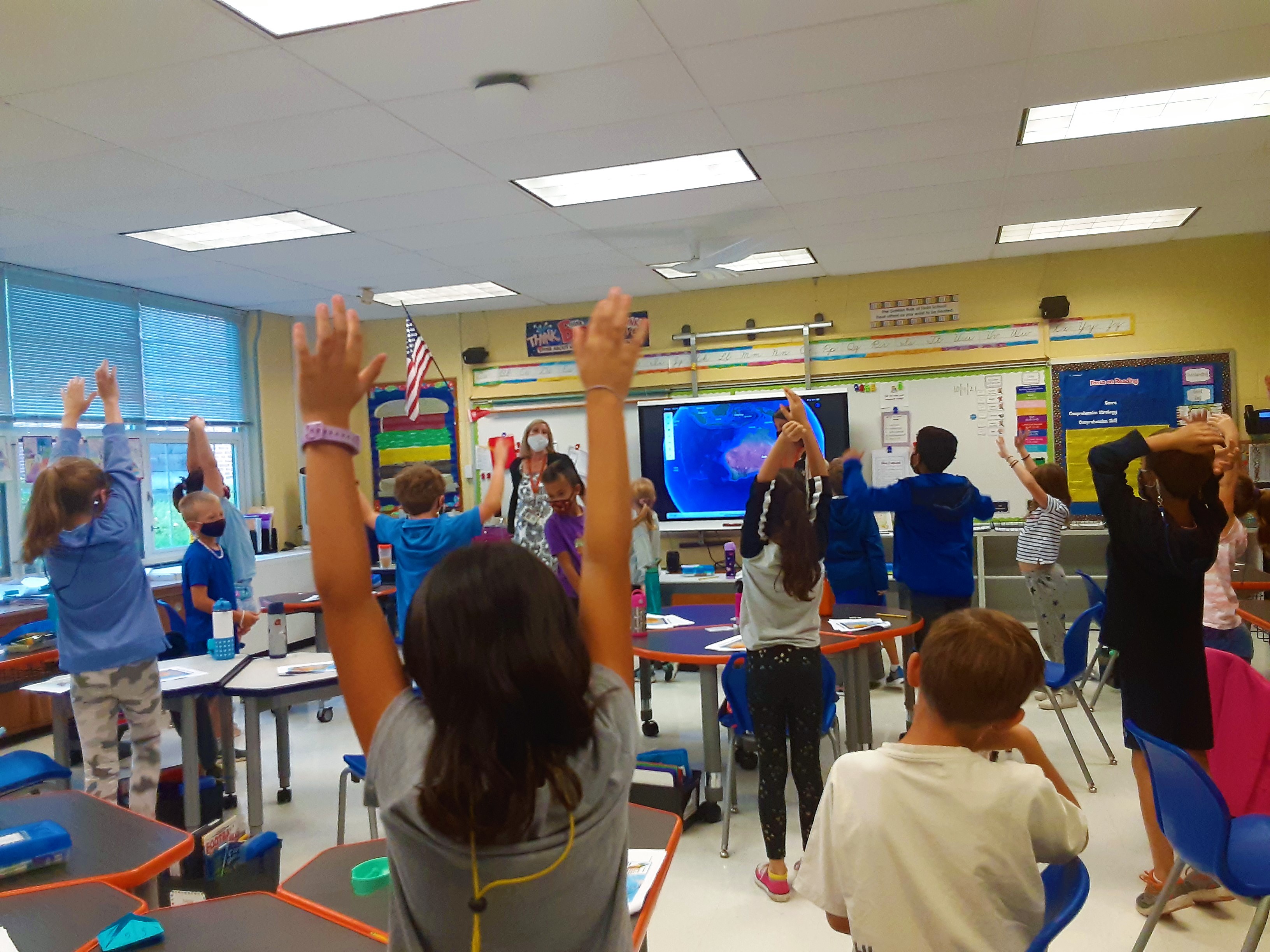 Next, the students took out their iPads and looked at the Google Earth app. They zoomed in to see different places and were encouraged to explore.

“I found the Bahamas!” said Emmy. “I haven’t been to the Bahamas but I have been to Florida.” 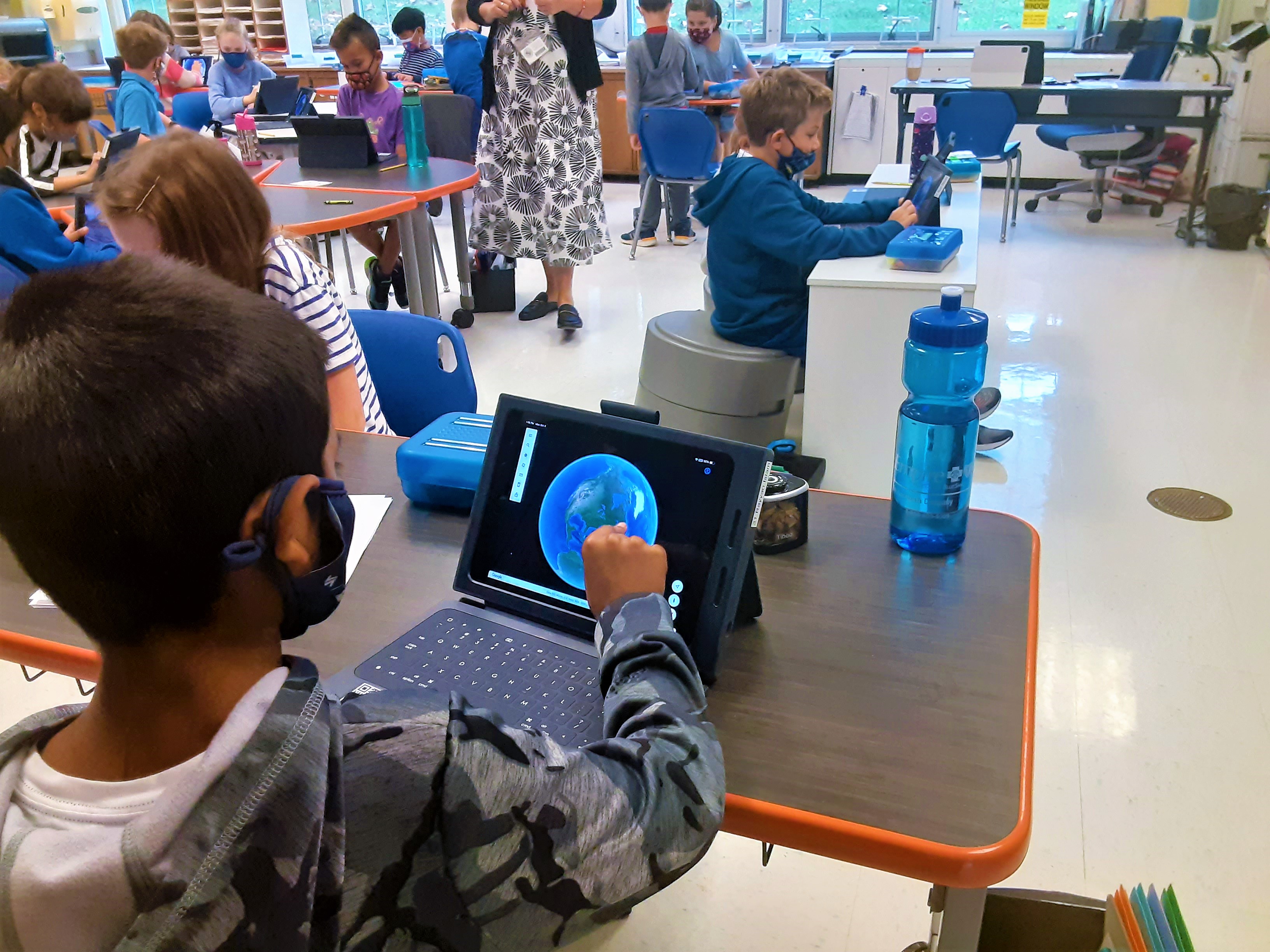 After exploring Google Earth, the students used the Google Earth search box to find the Rocky Mountains and the Sahara Desert.

“Are there a lot of houses in the Sahara? Is there any shade or any water?” Ms. Elliott asked Emmy.

“It would be different to live there, right? Where would you want to live instead?”

The students continued exploring Google Earth and learning about new places. Next, they will move on to learning about finding places around the world using latitude and longitude. 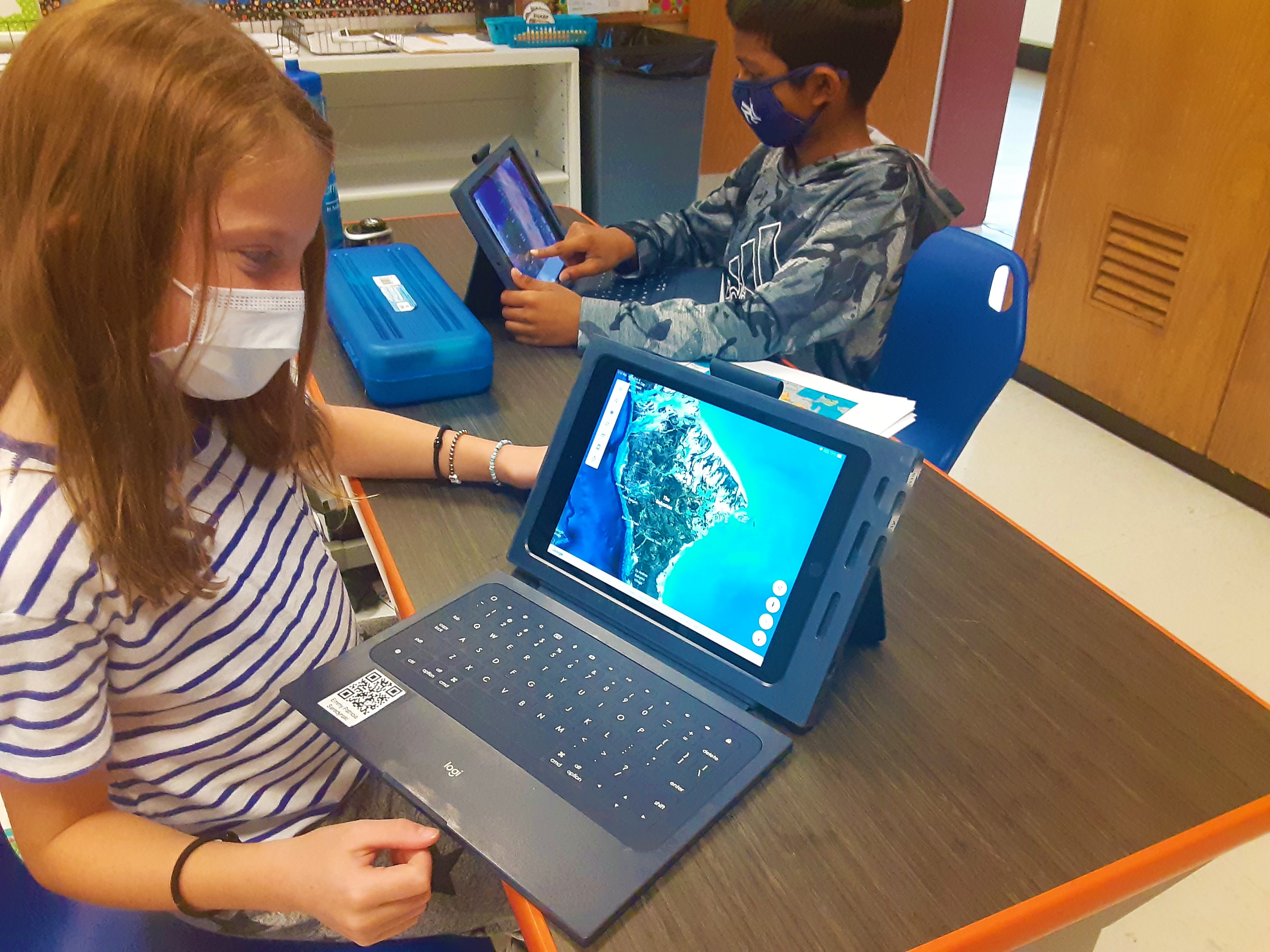 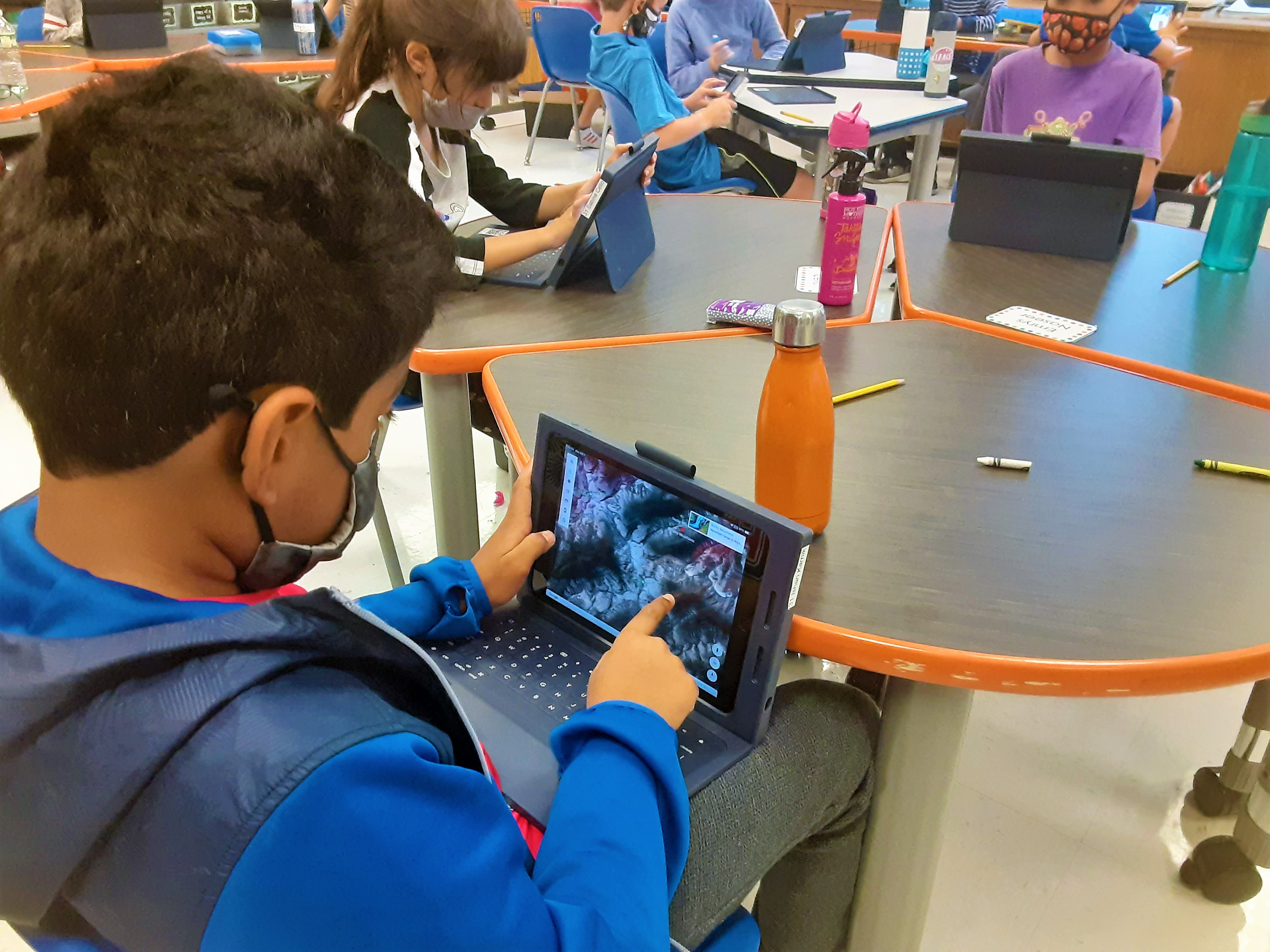 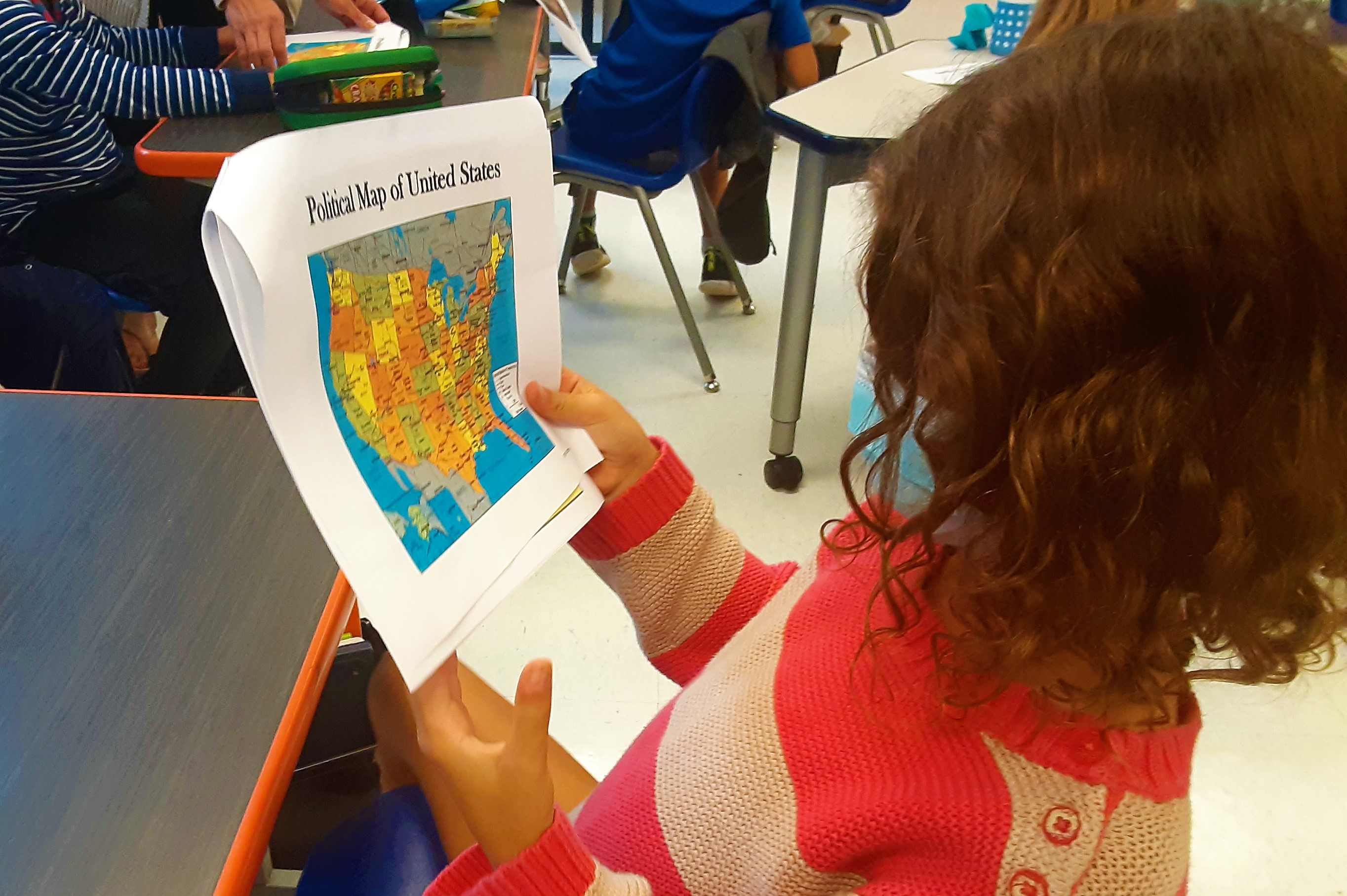