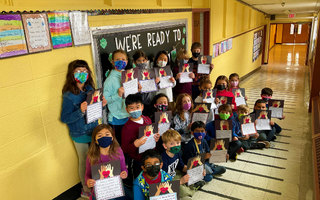 “My dream is that people stop arguing with each other so much,” Emma said.

“I have a dream that wars will end, peace will be made and people won’t die by tyrants or sickness ever again,” Emmanuel said.

Joseph’s dream was for homeless people to have homes like us.

Third graders in Therese Verderosa’s class at Todd Elementary were inspired to dream big by the legacy and words of Dr. Martin Luther King Jr., whose birthday we celebrate Monday. 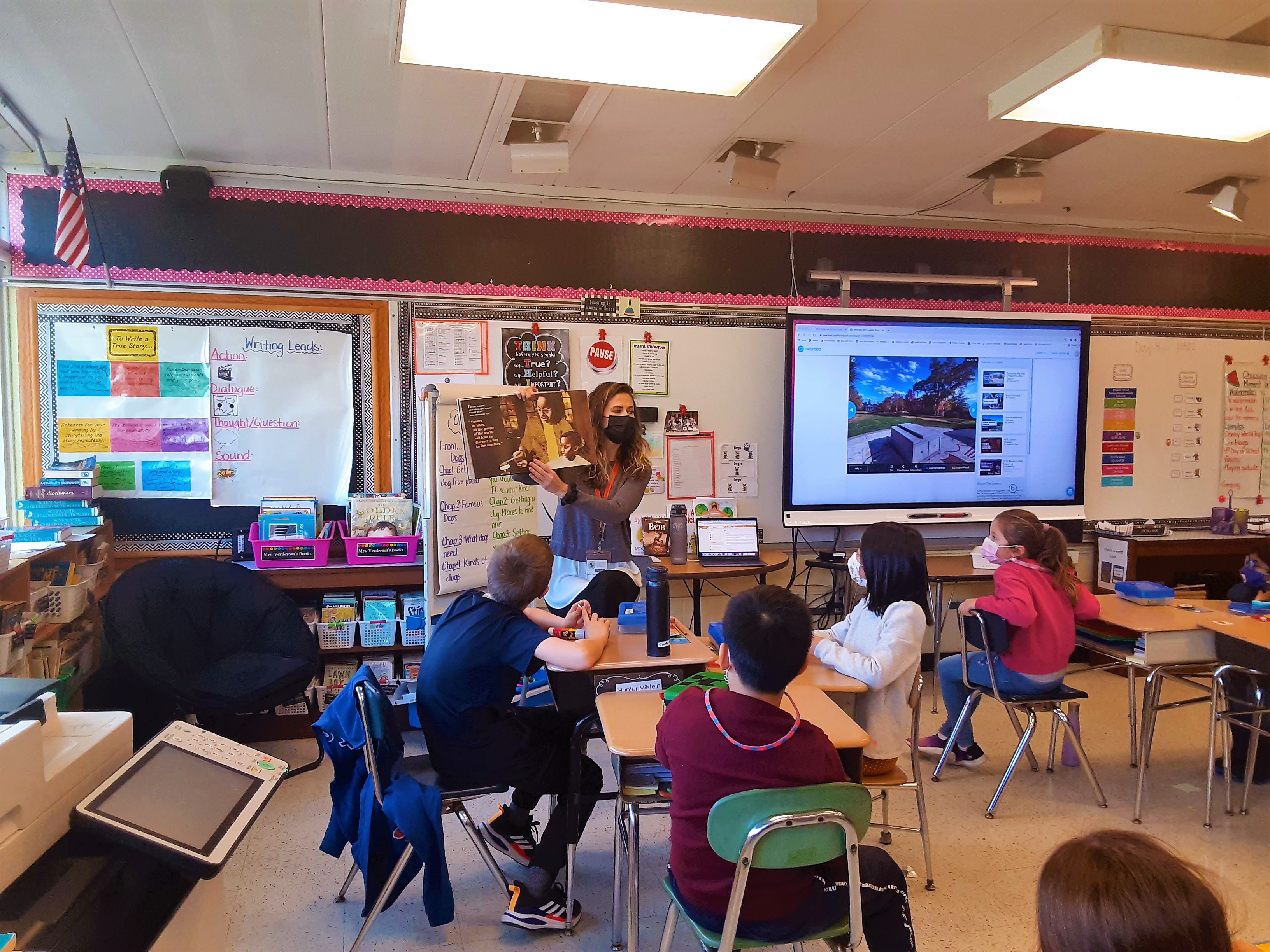 Mrs. Verderosa’s students have spent the past few days learning about Dr. King’s life and his work and had a virtual field trip to Morehouse College, his alma mater. After Mrs. Verderosa read aloud the book “Martin's Big Words: The Life of Dr. Martin Luther King, Jr.” by Doreen Rappaport, the students were inspired to come up with their own messages to the world and created a special project to honor him.

“Martin Luther King Jr. had a very powerful message during a very challenging time,” Mrs. Verderosa told the students. “He chose love over fighting. I would like you to come up with your own message about what you hope for – what is your dream? I want you to dig deep and think of the message in the book.”

“I chose this activity because in the book there was a line that resonated with me and made me thing ‘Wow! Look how far we have come and let’s think about how far we can go,” Mrs. Verderosa told the students. “During one of his speeches Martin Luther King Jr. said “I have a dream that one day in Alabama, little black boys and girls will join hands with little white boys and girls as sisters and brothers.” So in this project we will glue hands to symbolize his dream.”

Students began the project by cutting out paper hands and gluing them together with a heart in the center. Next, they wrote their messages of hope on paper and glued that as well. 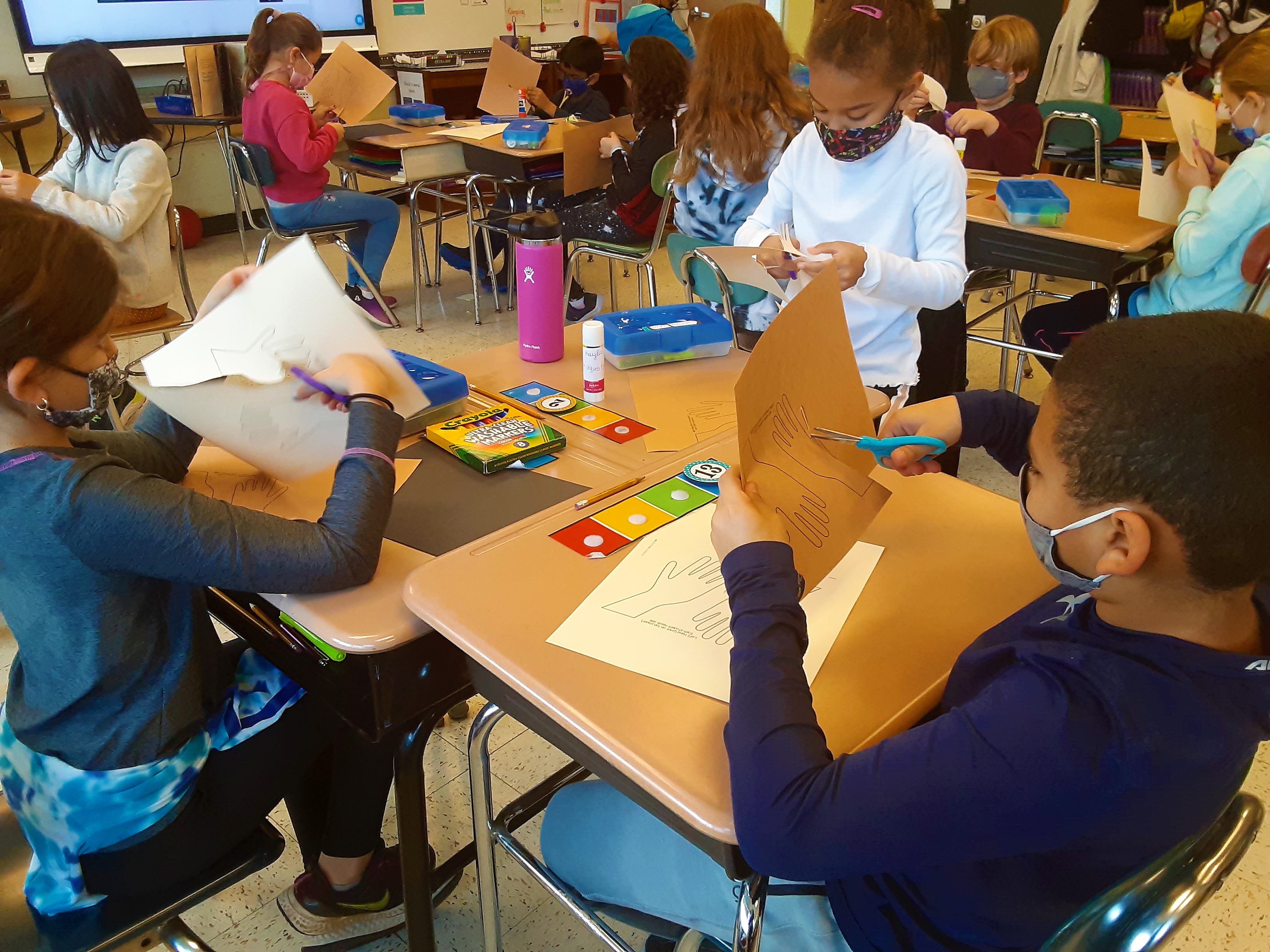 Students shared their dreams with their classmates when they completed their projects.

Alanna wrote that she hopes that one day people will be more respectful of the environment and that people need to stop stealing and women should be paid equally.

“As educators, we have a chance to be a part of the bigger picture, the bigger message,” Mrs. Verderosa said. “Celebrating and honoring Dr. Martin Luther King Jr. is an opportunity to show students that true heroes rise when faced with adversity. What better message for students to hear than ‘together we rise!?’” 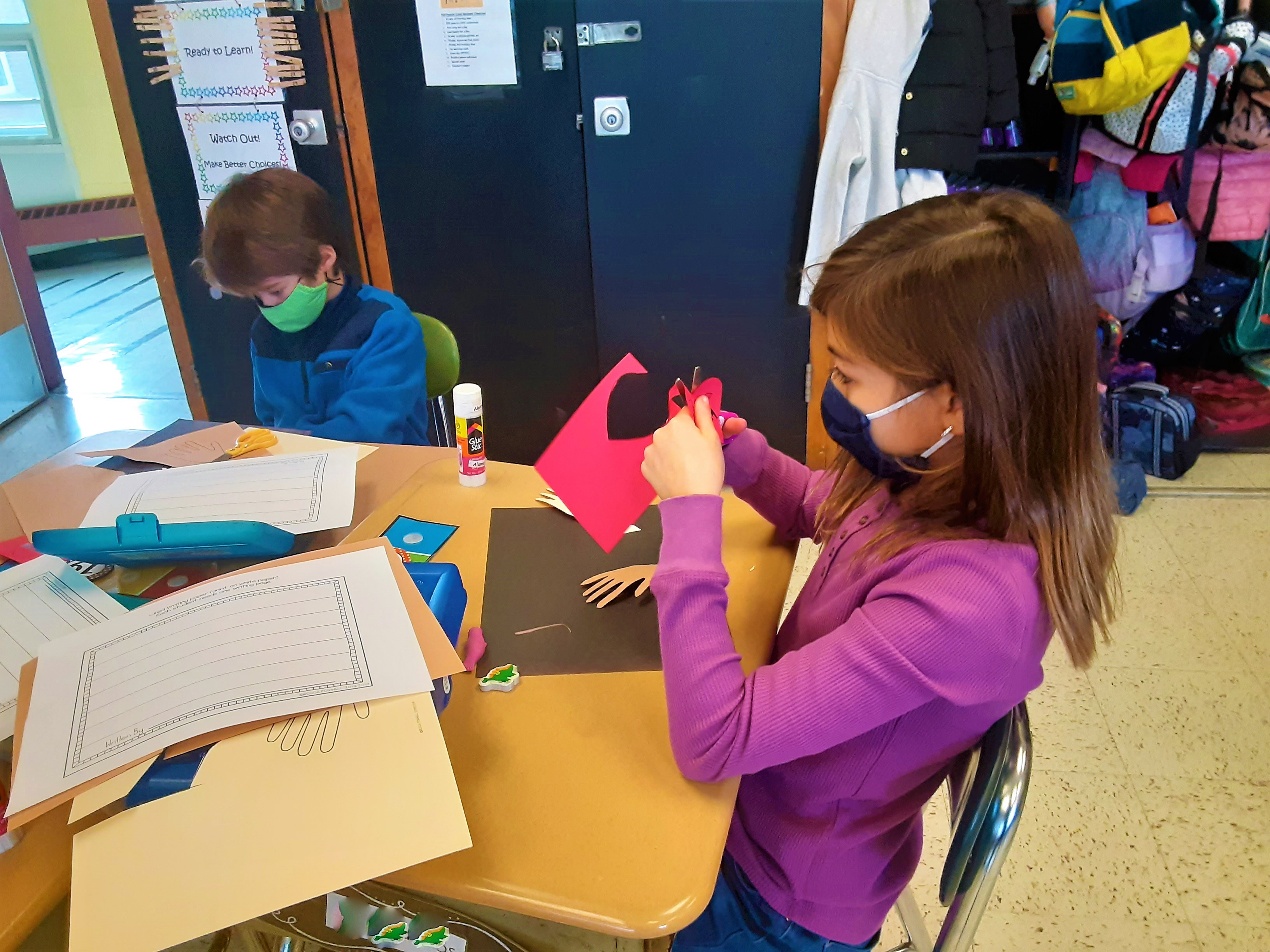 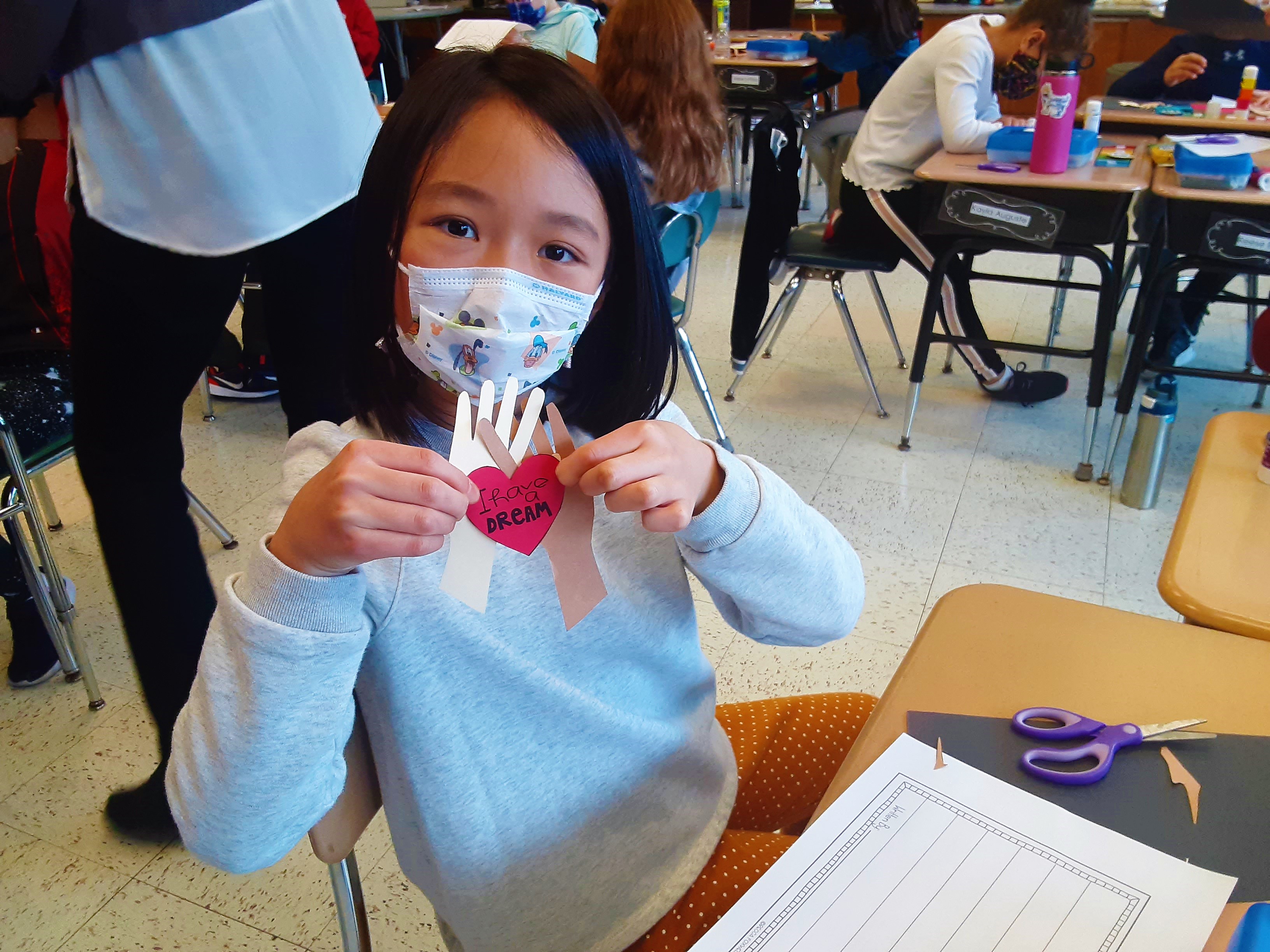 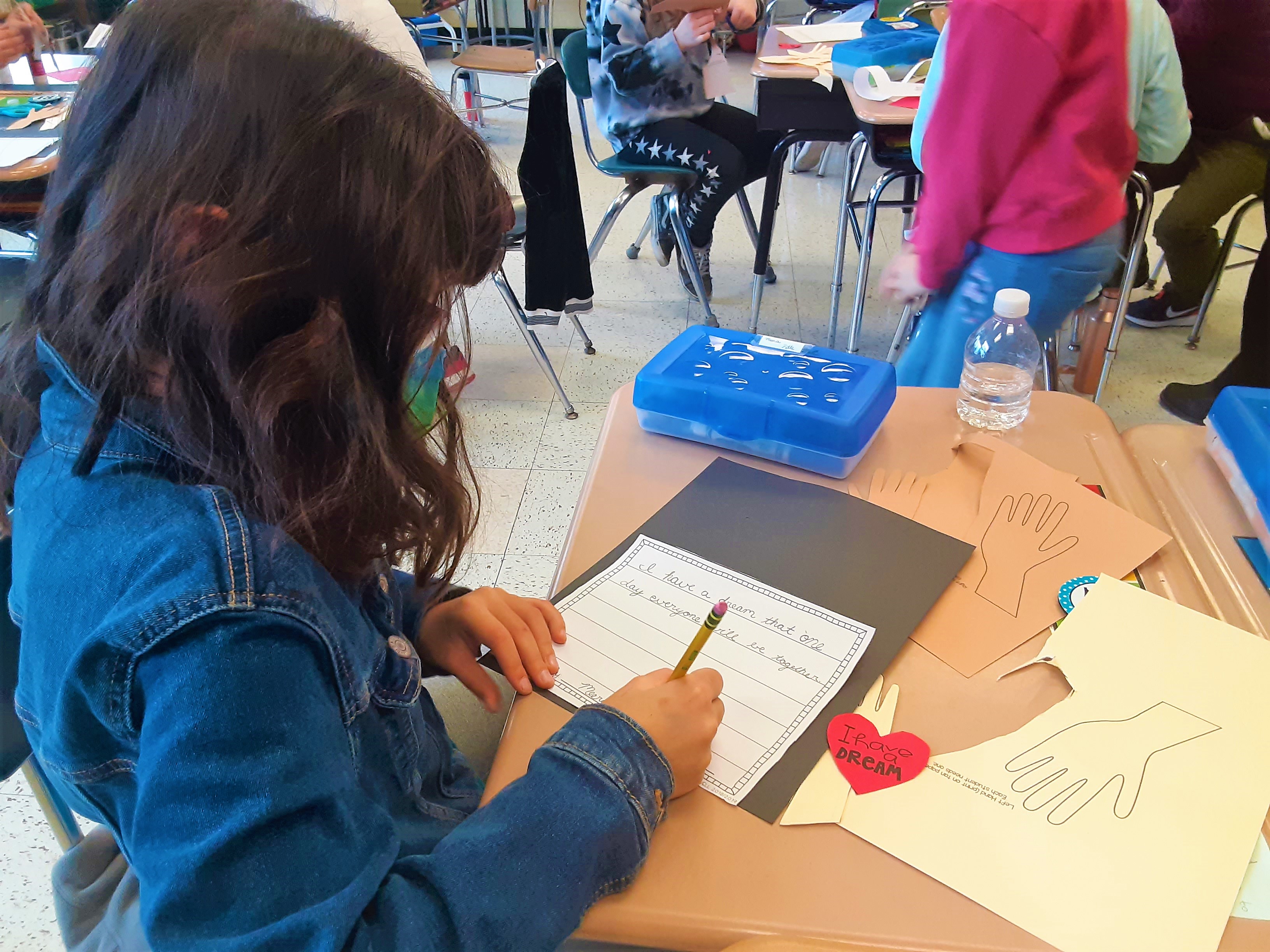 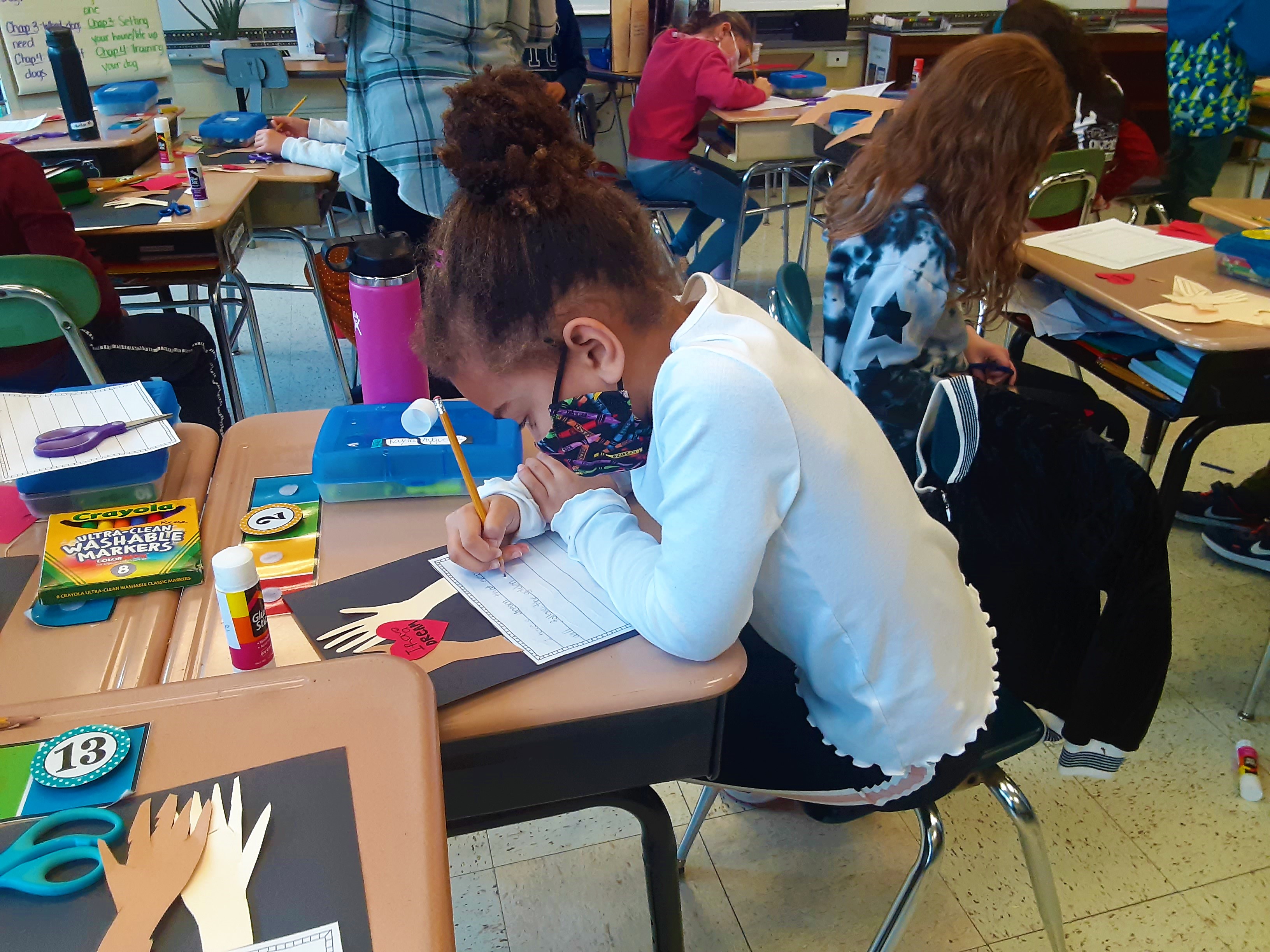 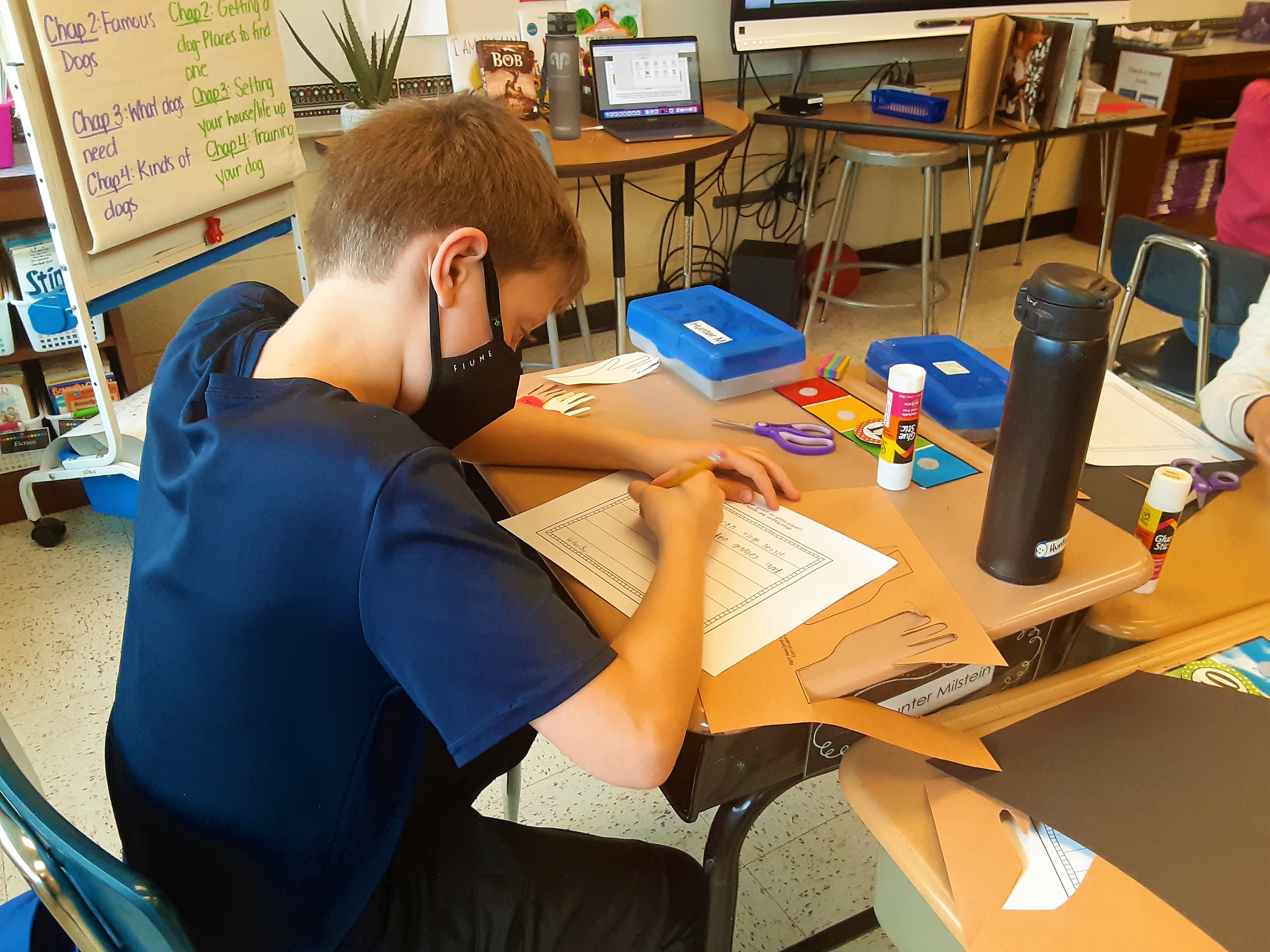 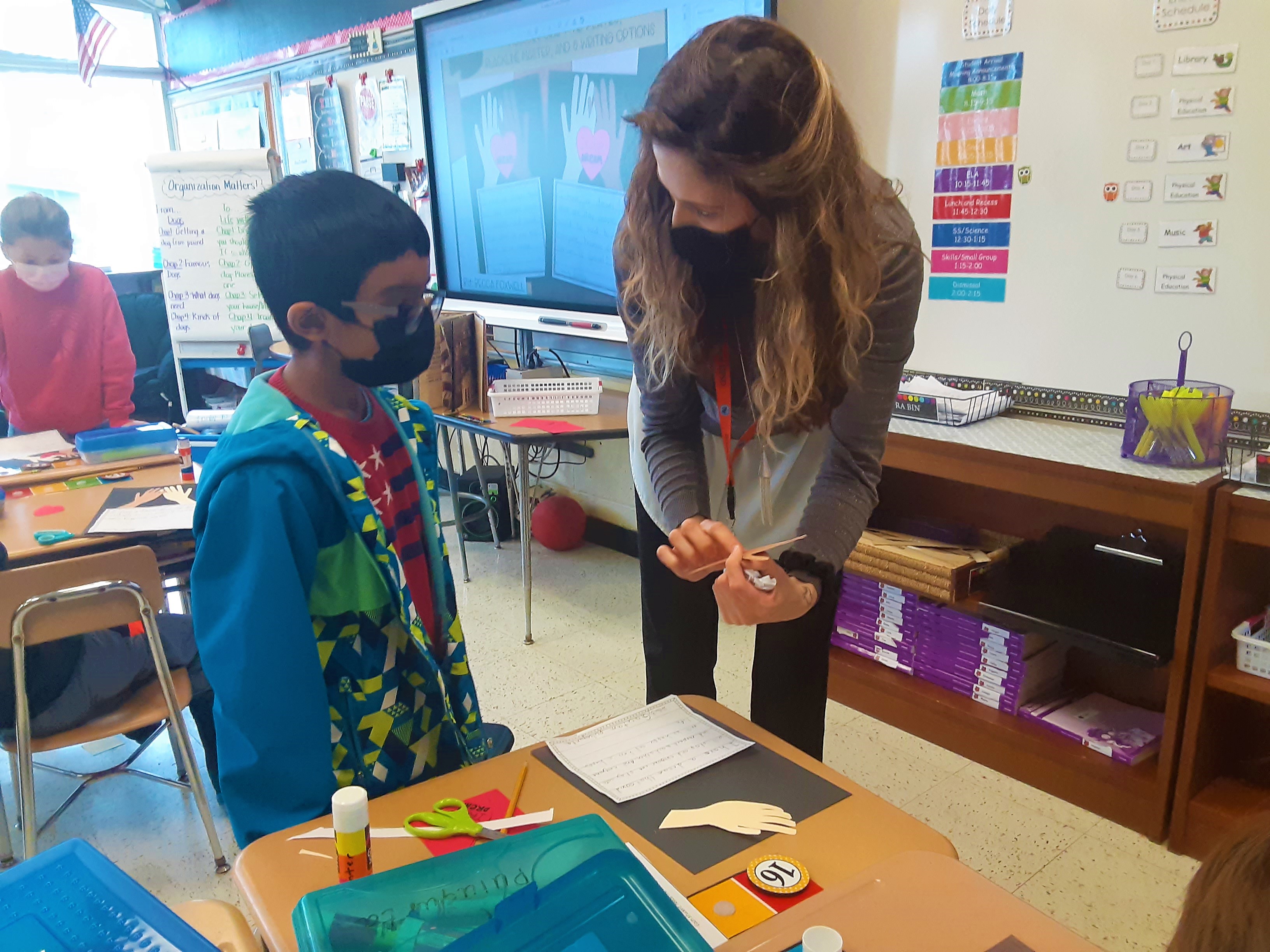 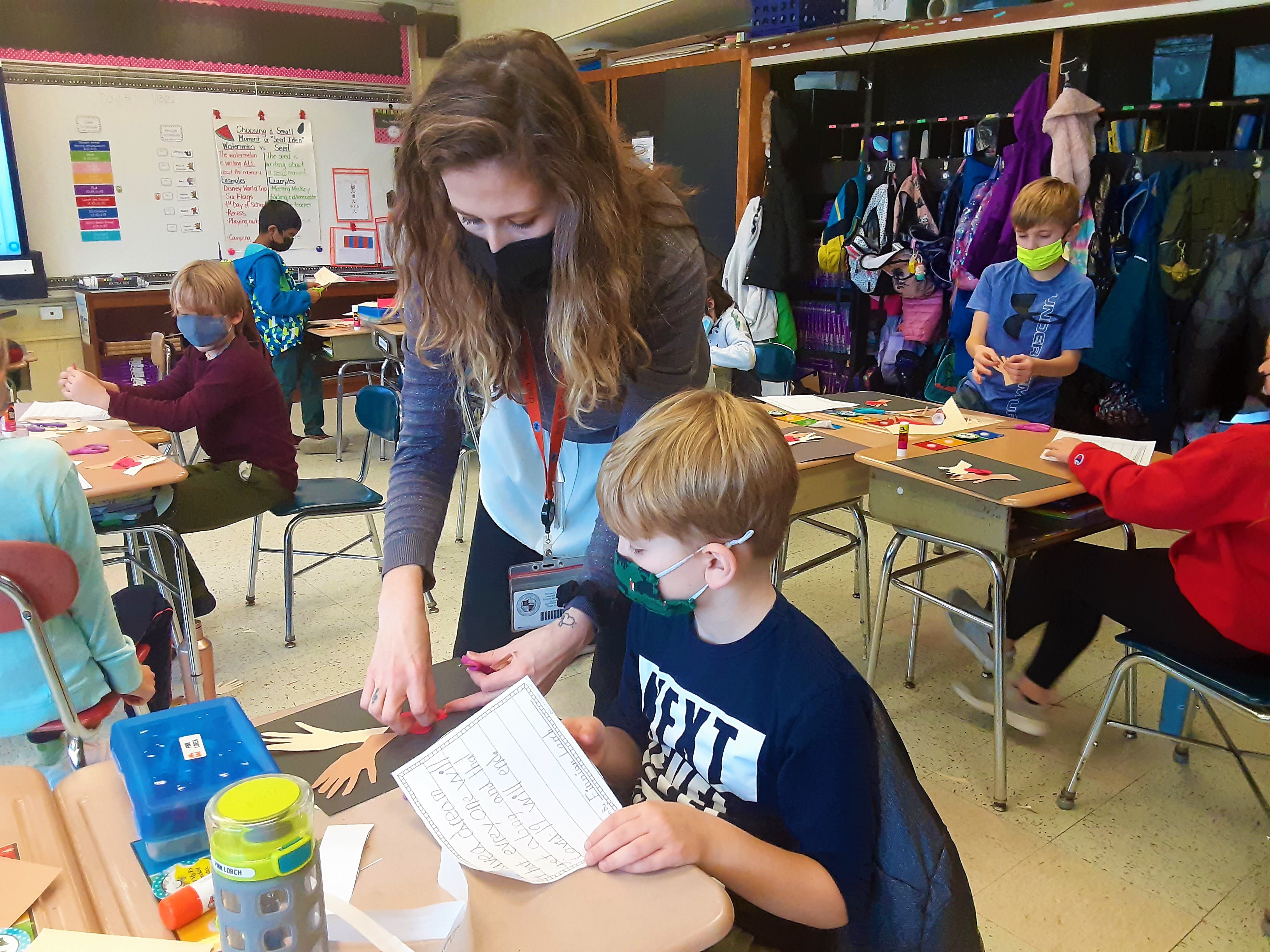 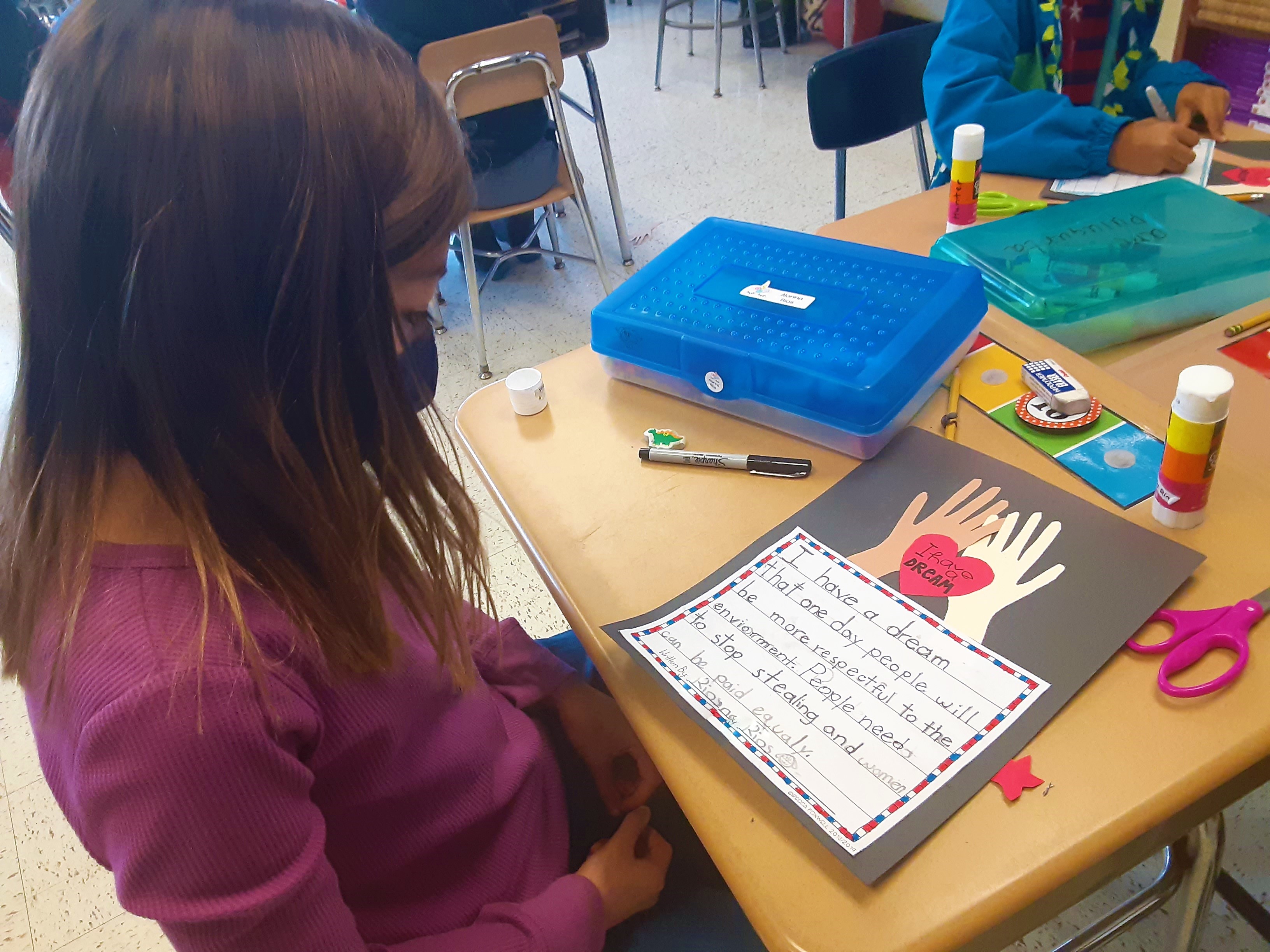 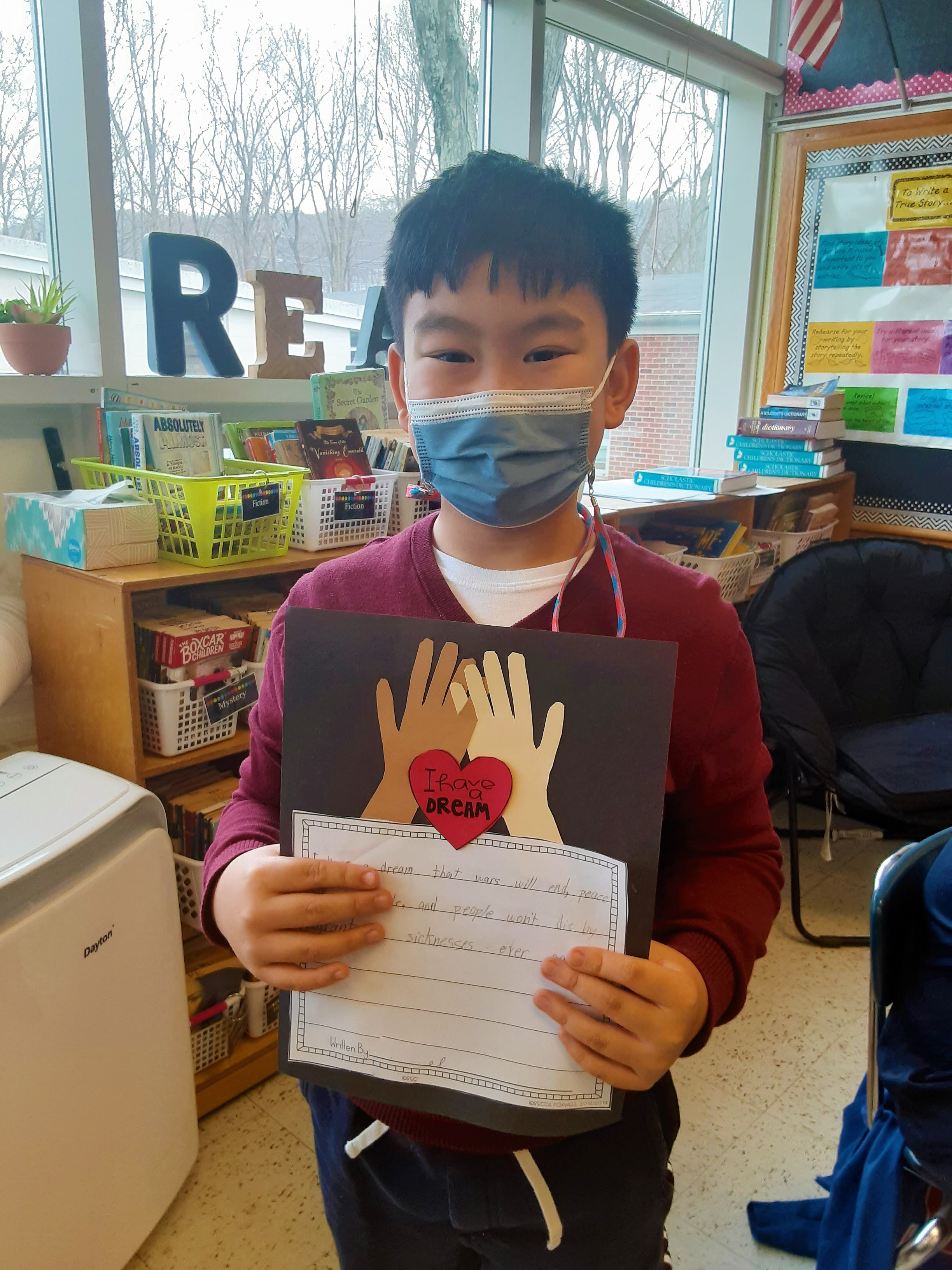 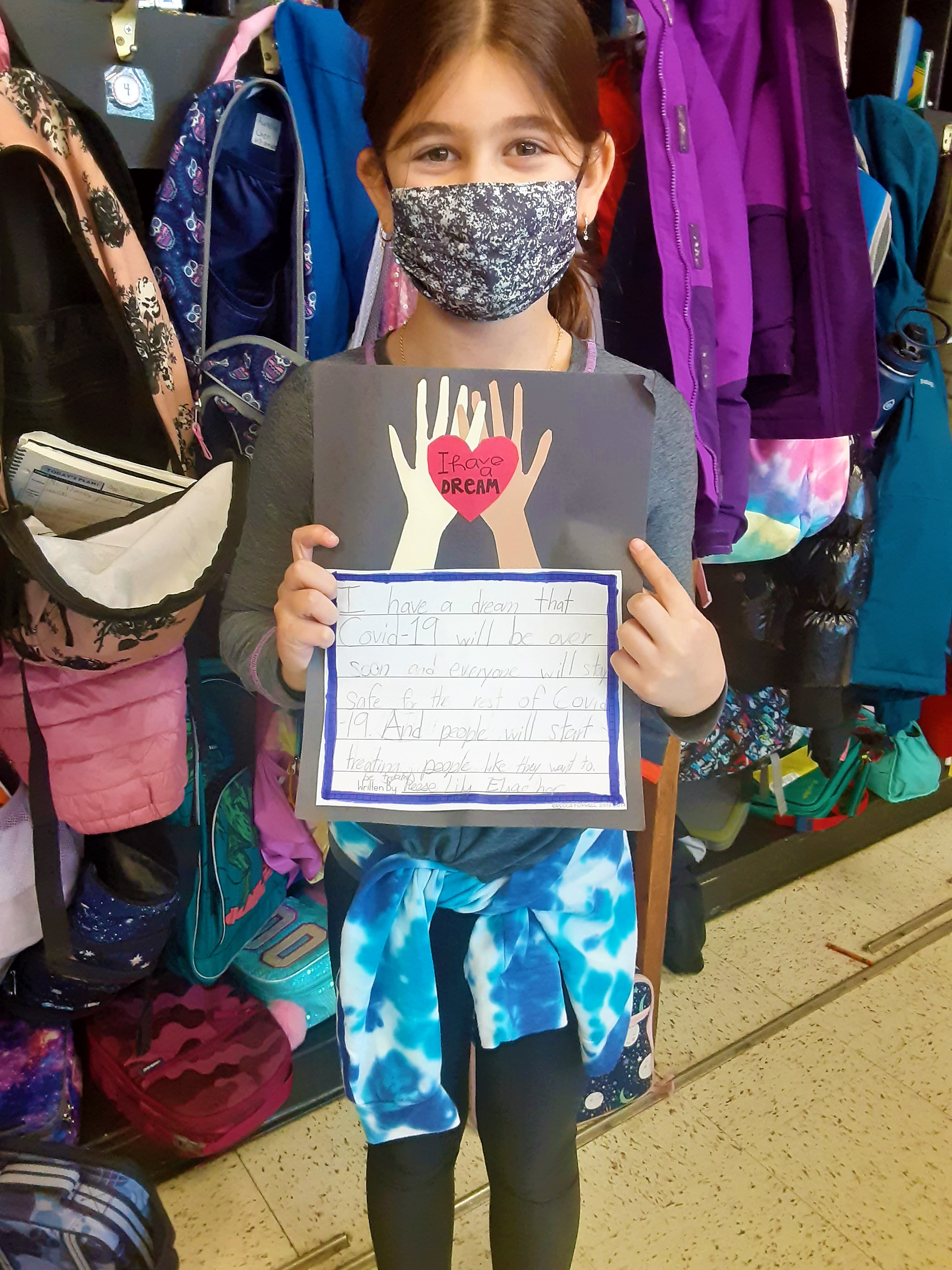 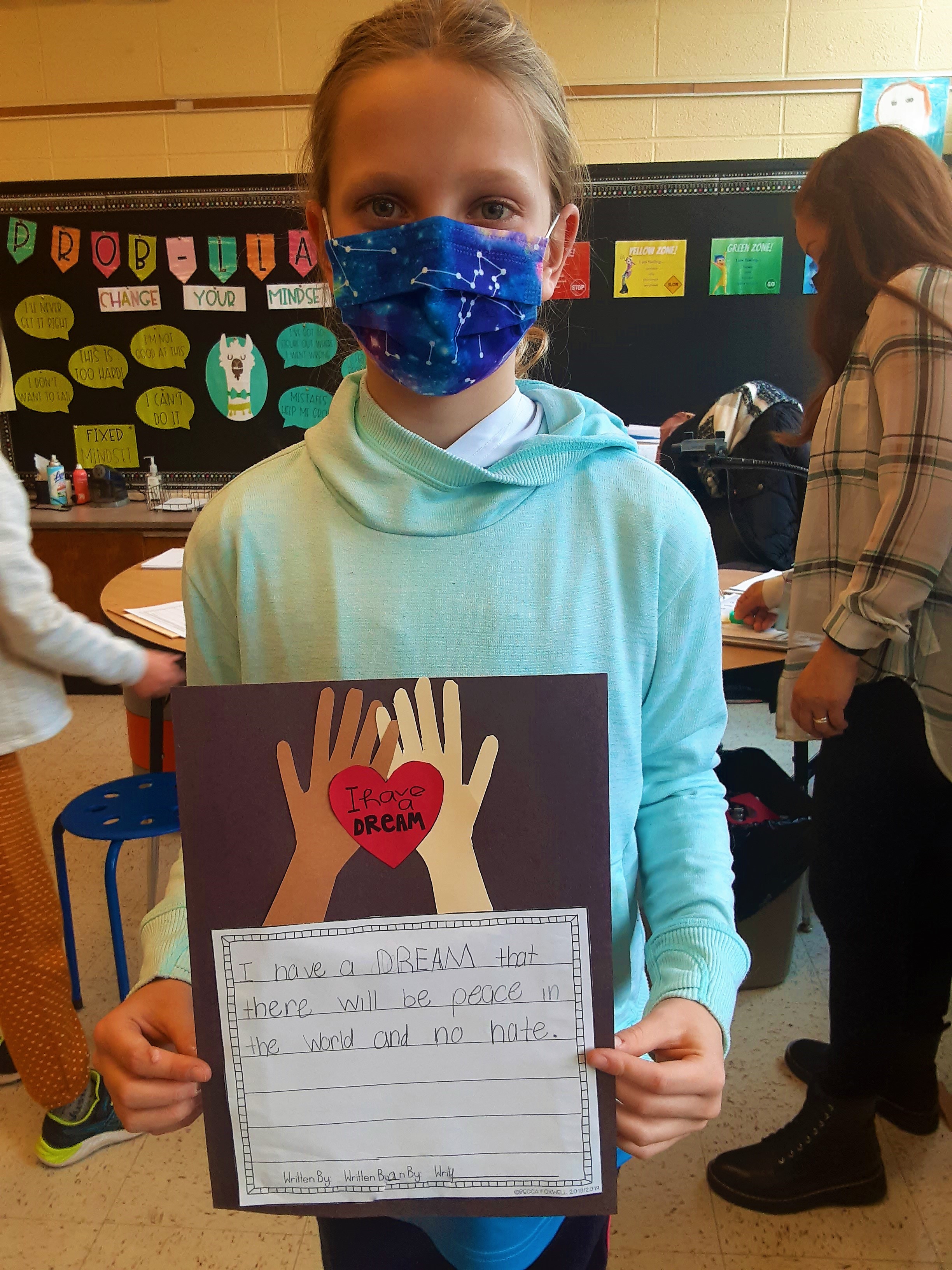 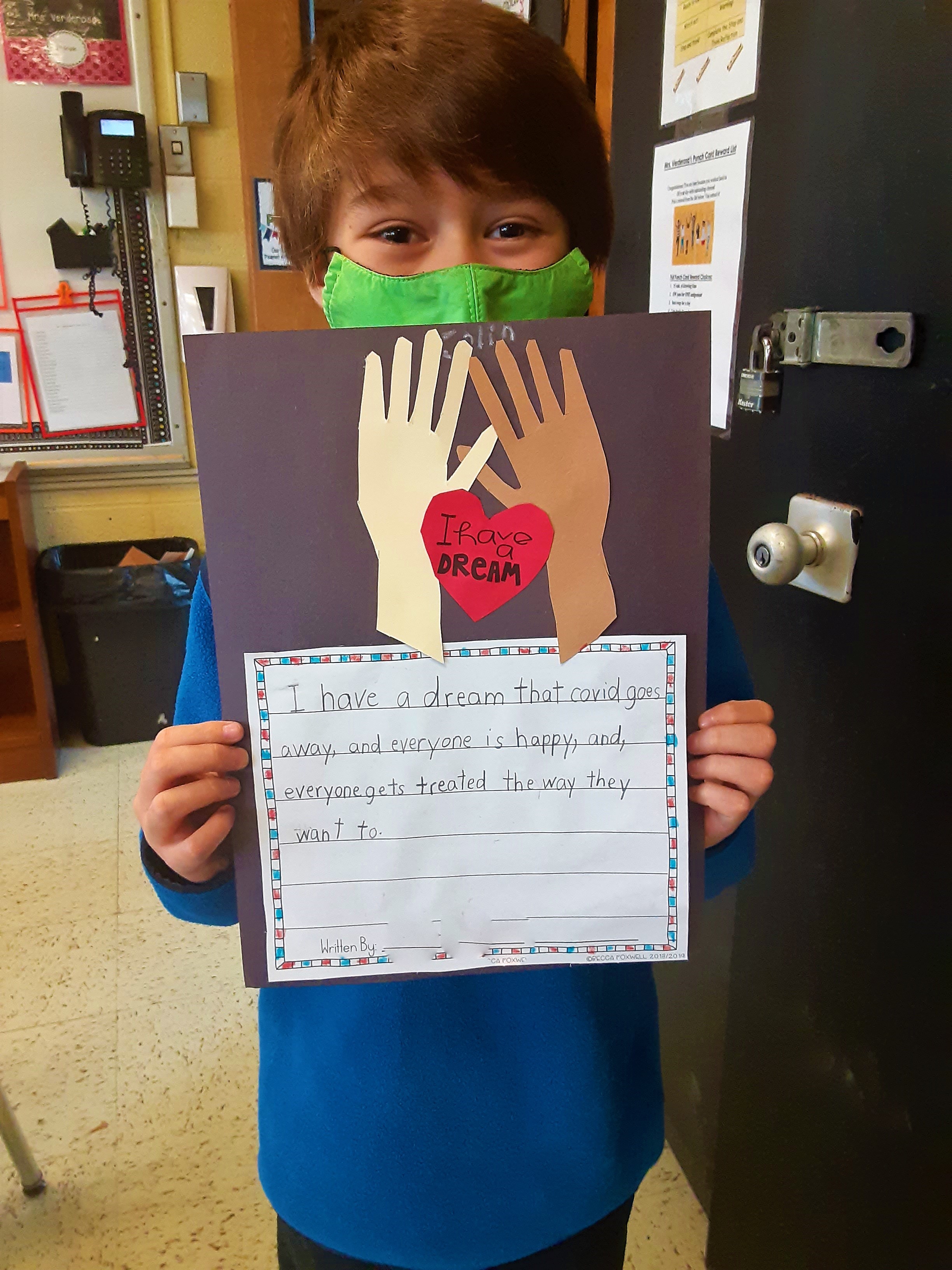 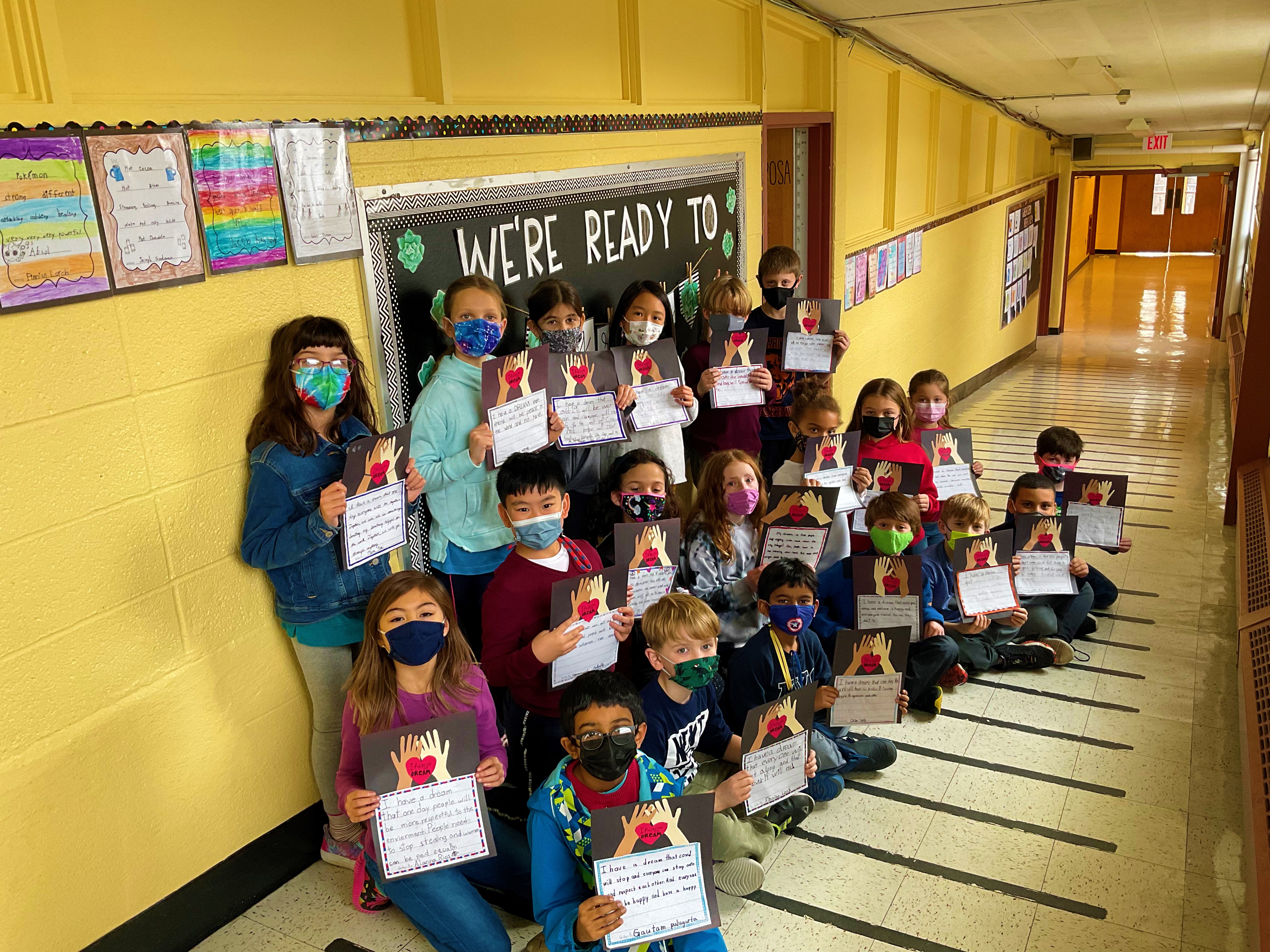