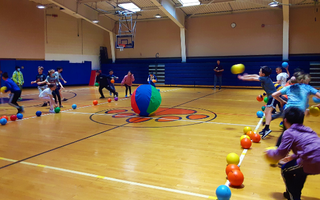 There are no monsters at Todd Elementary School, but there is one gigantic, colorful ball called “monster ball.” Students in physical education class recently played a new game with it, aptly called monster ball.

Before beginning the game, fourth-graders in Lorraine McDermott’s and Jessica Kelsey’s classes warmed up by playing with smaller balls. They worked on stepping and throwing soft balls over different colored lines and scoring points; the further the line – the more points they scored.

The monster ball game involves the two classes standing across from each other, each behind a green line, with a giant ball in the center of the room. The task is to throw smaller balls at the big ball to have them touch it, and also to reach the other team’s white line. Players are not allowed to touch the big ball with their hands or to block other players’ balls.

There were various strategies for students to use to help them score more points. One example is for the players to hold onto all of the balls and then throw them all at once at the large ball. Another strategy is to assign different roles, so some students can throw the small balls, while others can bring them back after they scatter across the floor. 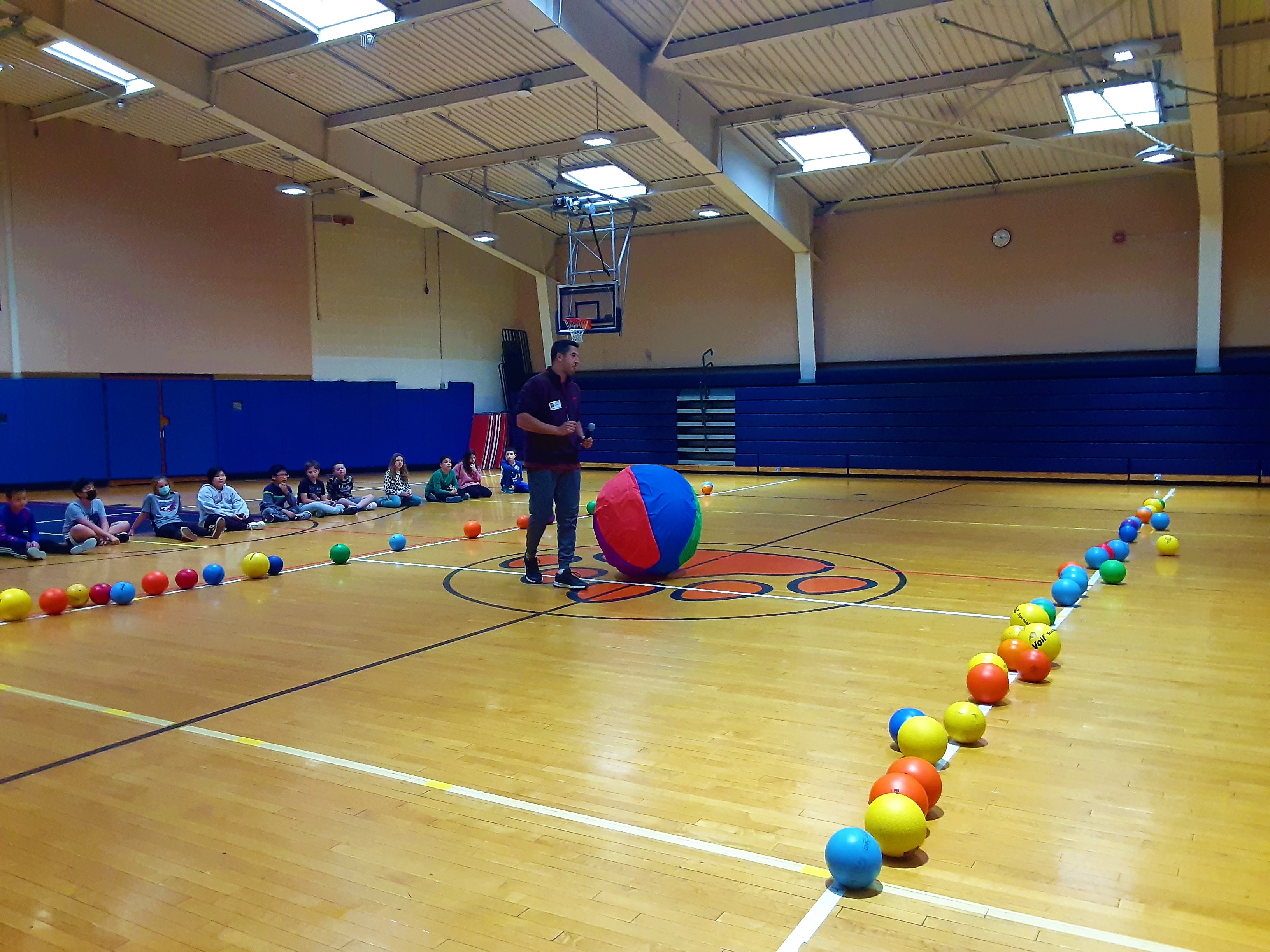 The two groups huddled together to come up with a strategy, and when it was time to play again, another large ball was added to the mix to add more excitement.

Students were thrilled to play monster ball as they have never played it before. It was a big hit, as students enjoyed slamming the smaller soft balls onto the large one.

“This was fun but not that easy, because the balls kept bouncing off the big ball,” Jade said.

“It was hard to come up with a strategy because everyone was talking all at once,” Chloe said. 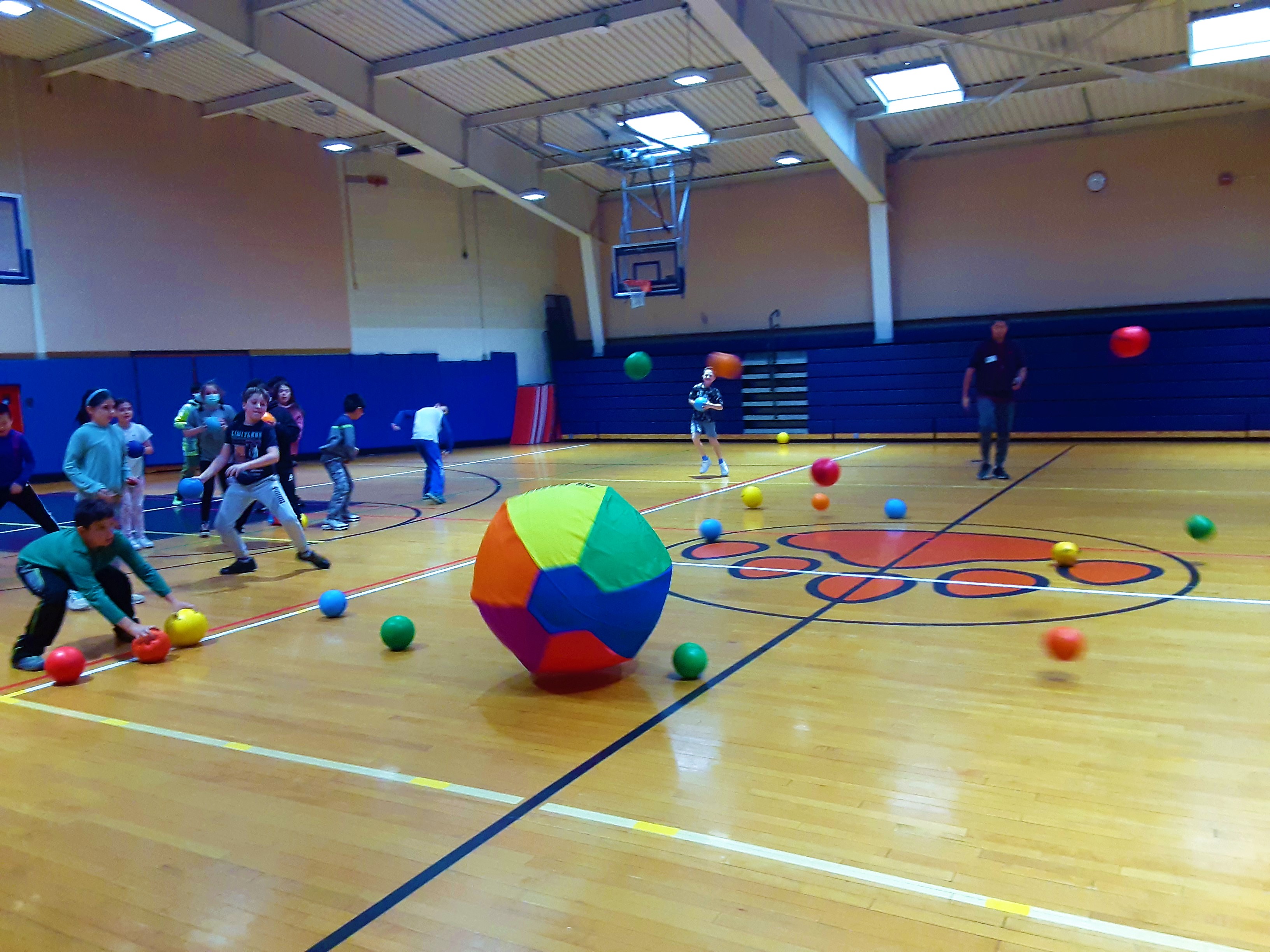 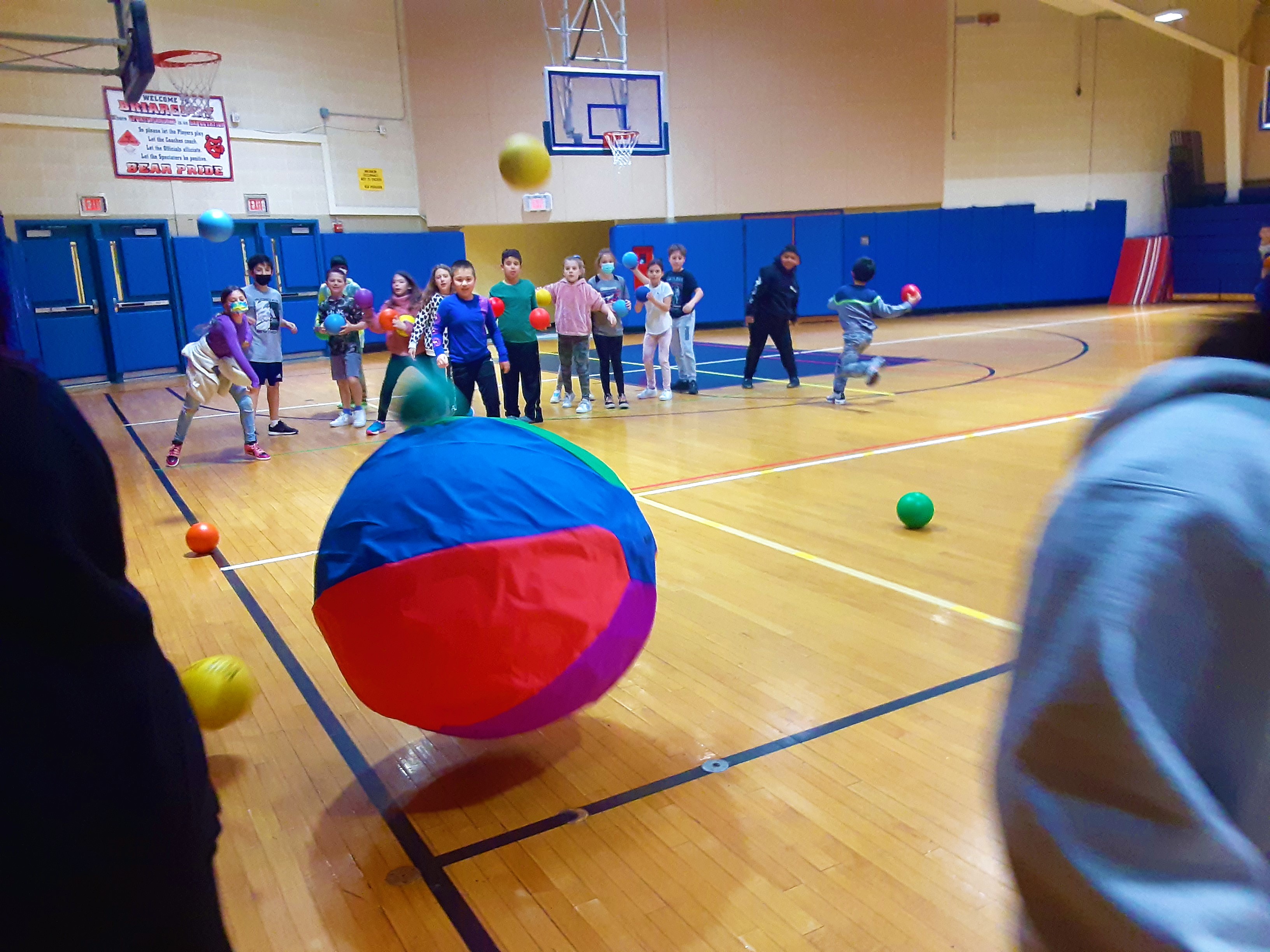