Students Learn About Melody and Rhythm Through Apps 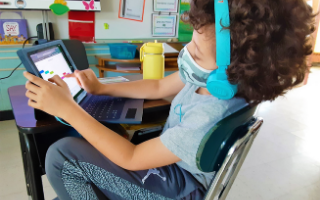 If you think that studying music theory can be boring, think again. Students in Maria Angarola’s class recently had a music lesson with Todd music teacher Nicole Pearson and got to create their own melody, play digital “drums,” come up with their own beats and rhythm in a song and even listen to an instrumental rendition of Pharrell Williams’s popular hit, “Happy.”

Students began the class by watching an instrumental version of Pharrell Williams’s song Happy, which included body percussion and a trombone. They were asked to put their hands over their heads each time they heard the melody.

“Hearing the melody reminds me of the words to the song,” said Arber, one of the students. 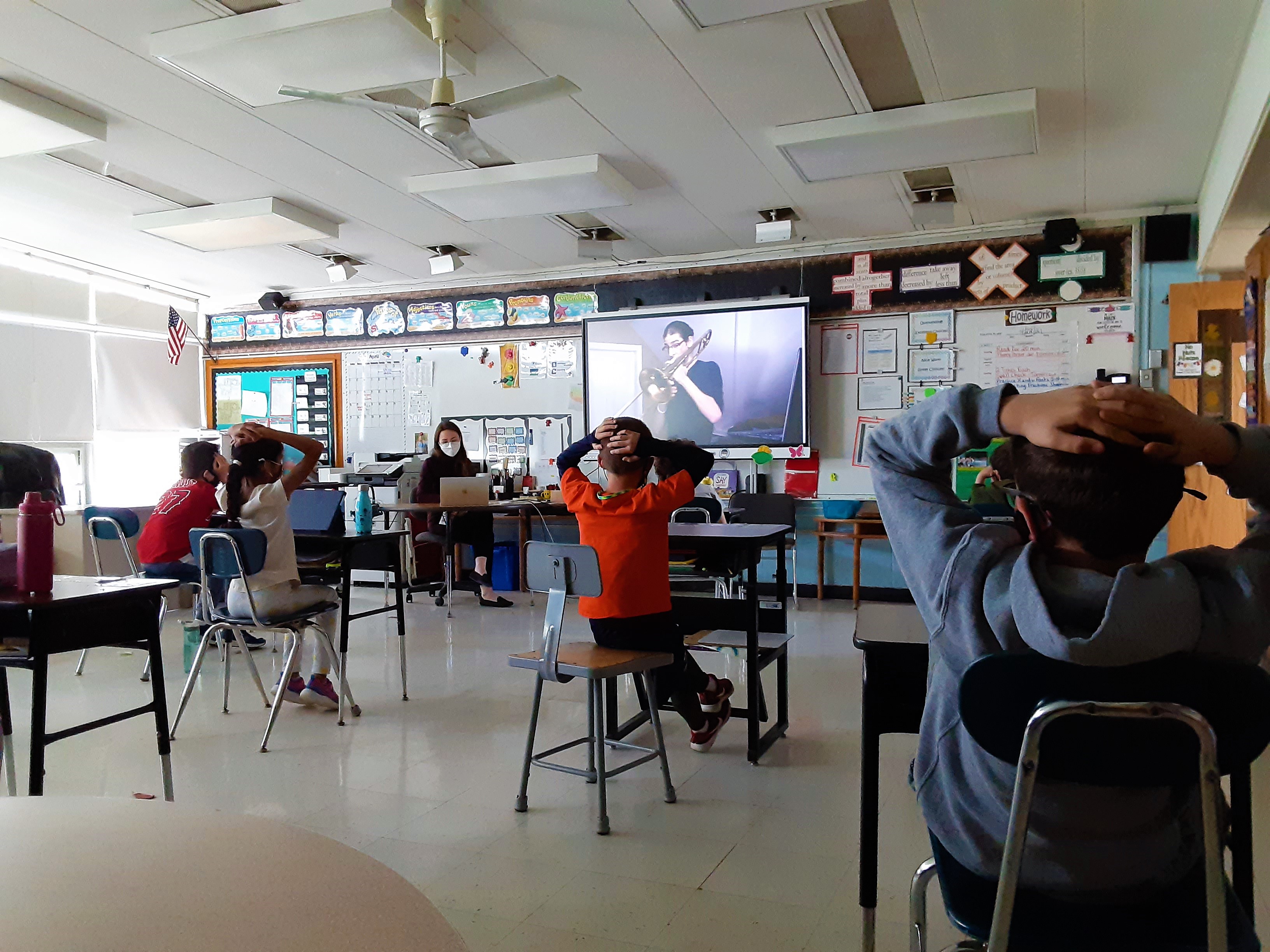 Next, the students discussed the concept of melody with Ms. Pearson, who explained that she likes to think of melody as “the part of the song that gets stuck in your head.” The students used an app called Melody Maker to create their own original melodies. They selected colorful tiles that made different sounds and then put it all together into a short melody. They were able to choose the tempo and make the song fast or slow. They also had a “harmony” option that generated additional notes based on the melody the students created, adding another layer of musical complexity.

The students also learned about rhythm by using an app called Group Pizza where they used various methods to create rhythm. They selected beats and used some special effects such changing of beats per minutes (BPM), which is how fast or slow the beats are: a higher number means faster beats. 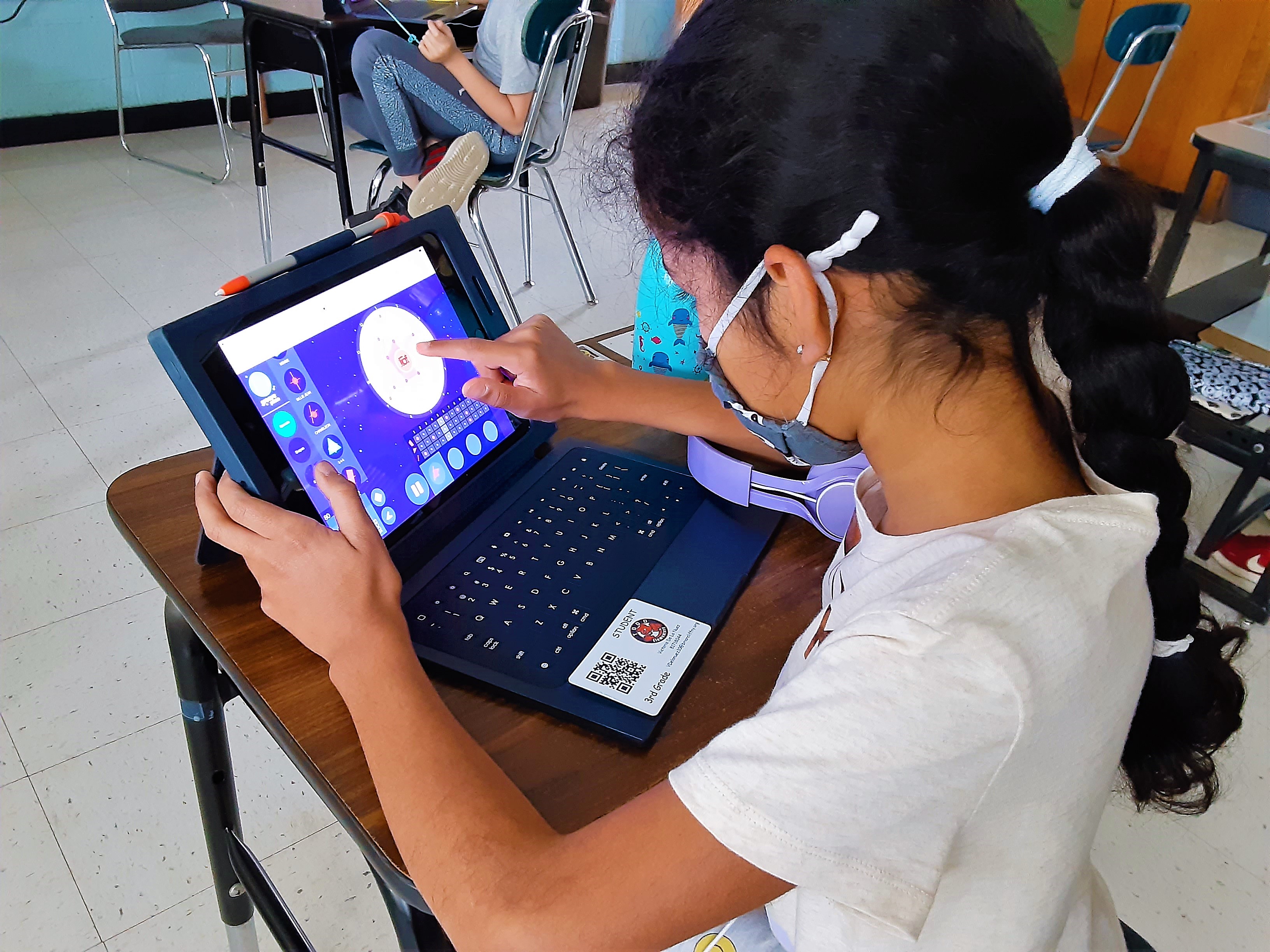 The class ended with a game of Beat Saber, which is a virtual reality video game where you “slash” beats. In class, the students played the game, which can be found on YouTube, by using colored pencils as their sabers to “slash” the beats, which was a little bit like playing drums. This was an especially popular activity and many students asked for instructions to play at home.

“I am hoping that these hands-on activities can help make those musical elements – melody and rhythm - make more sense for the students,” Ms. Pearson said. 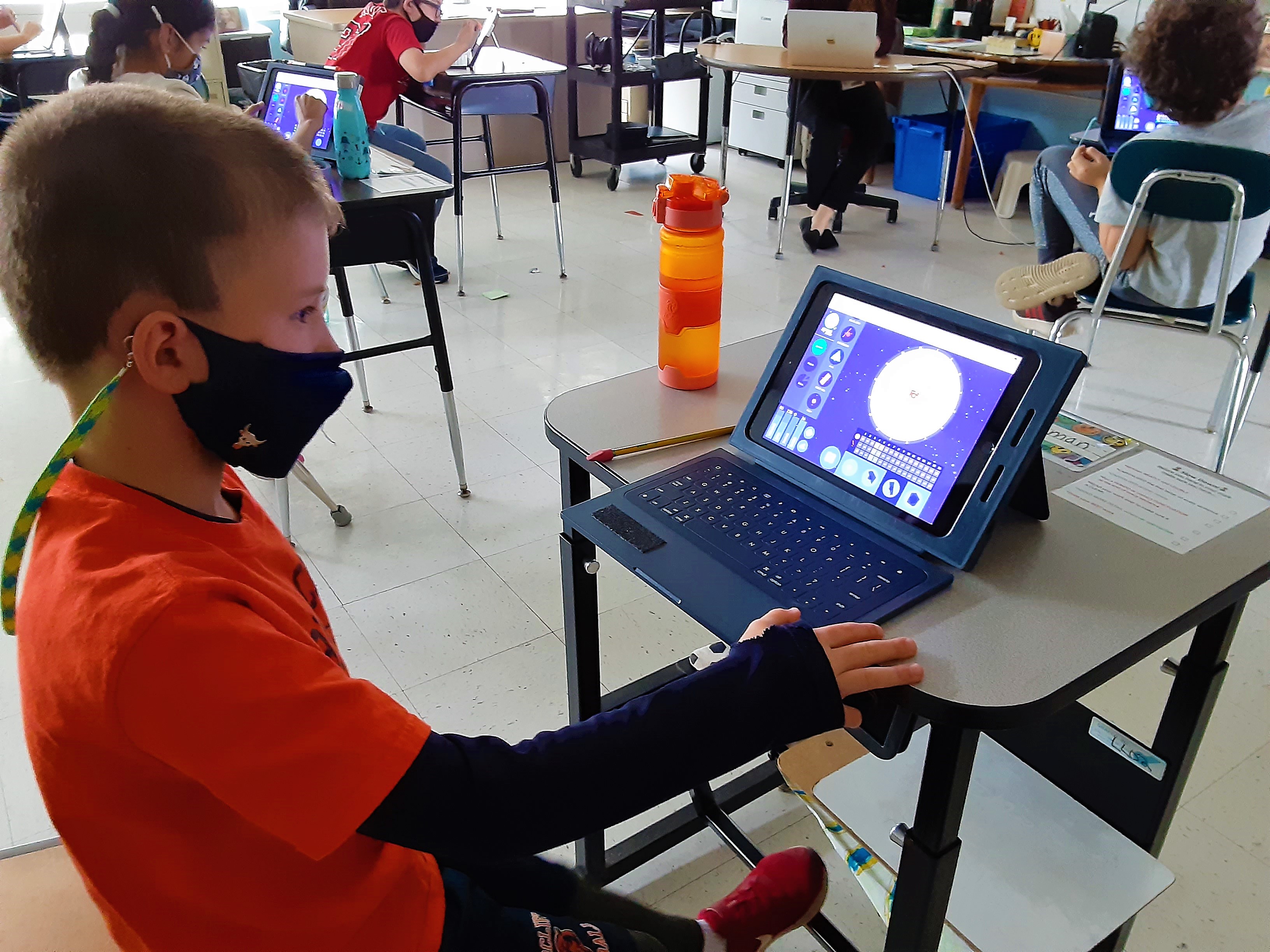 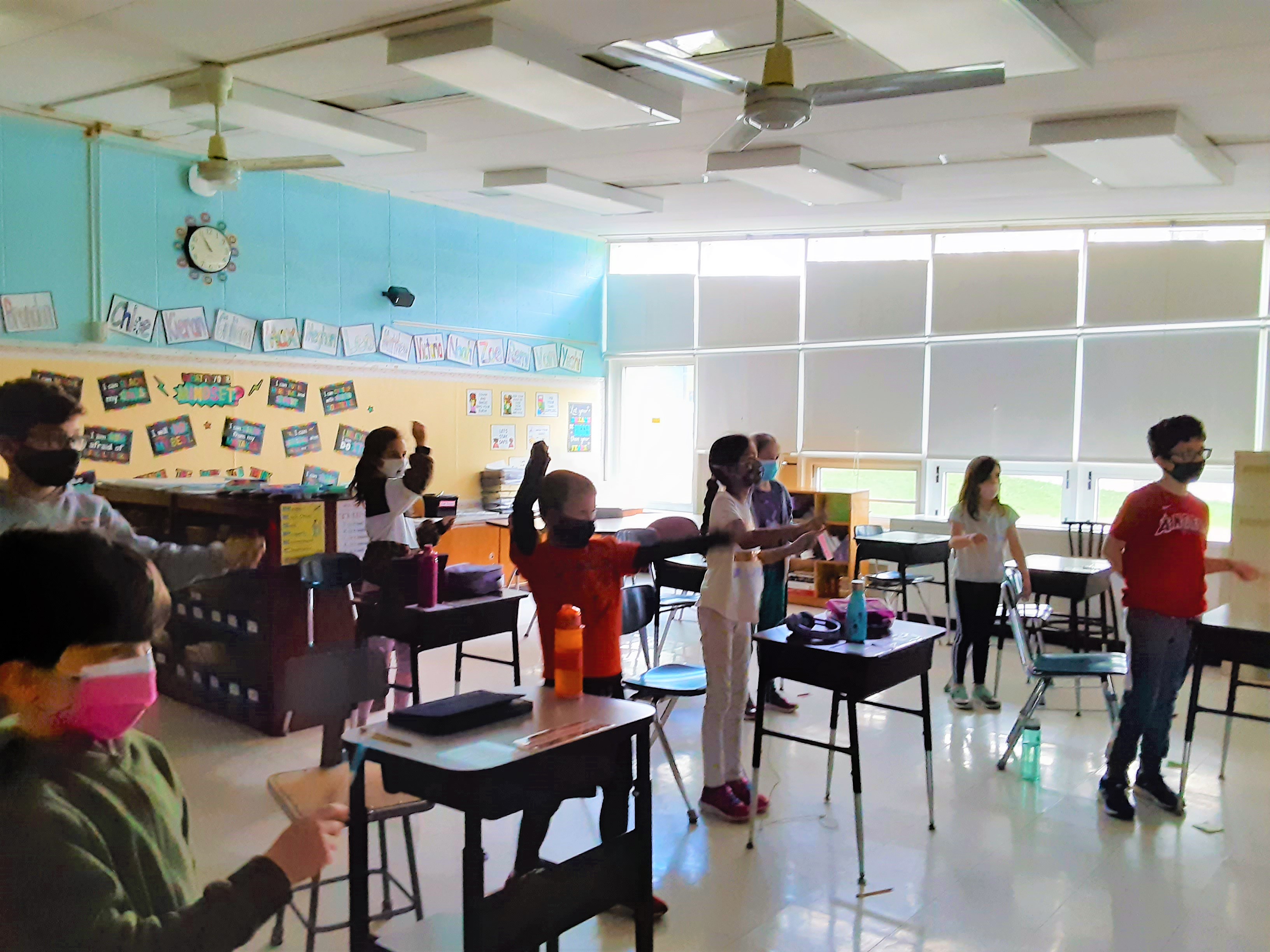 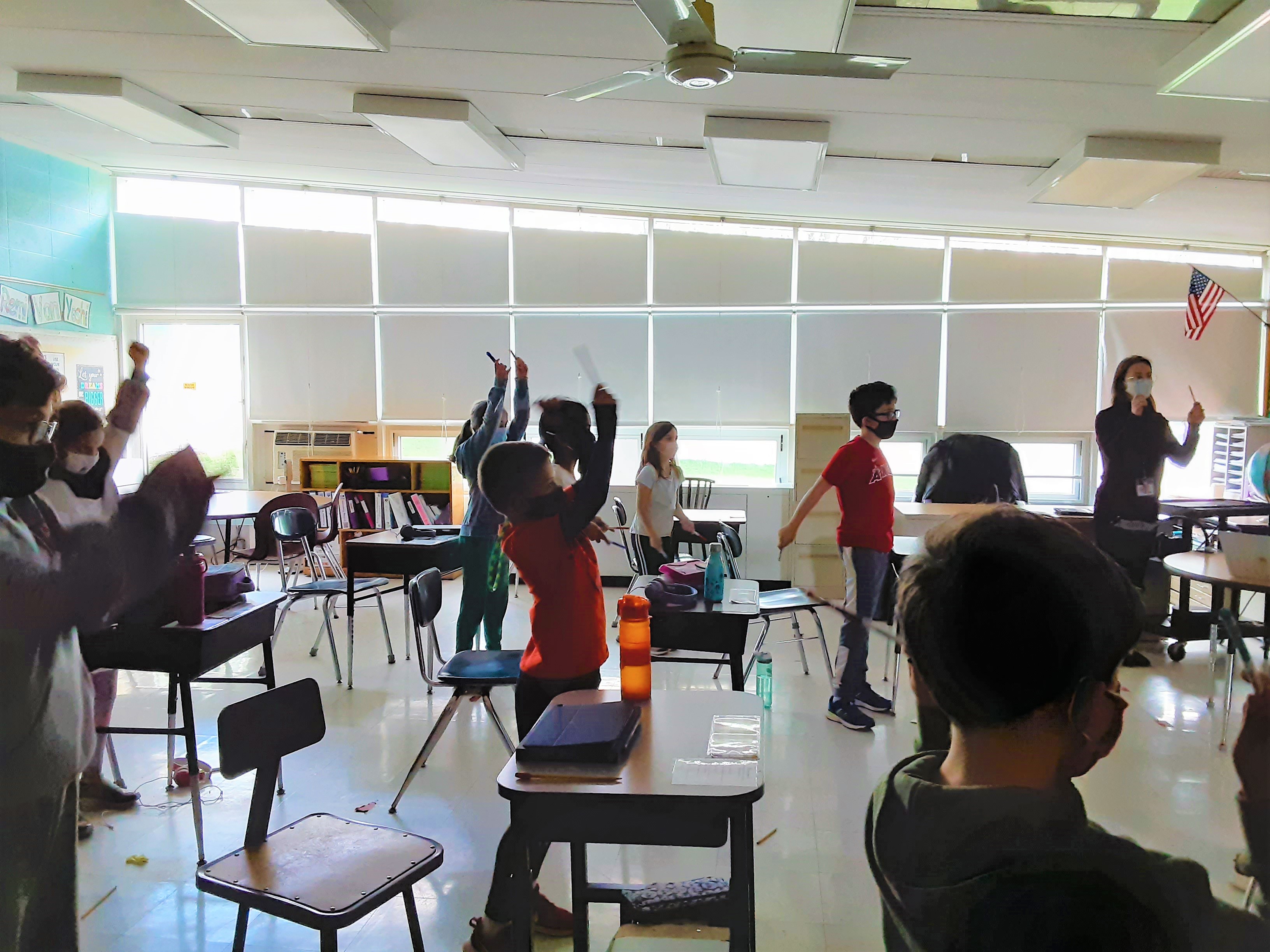 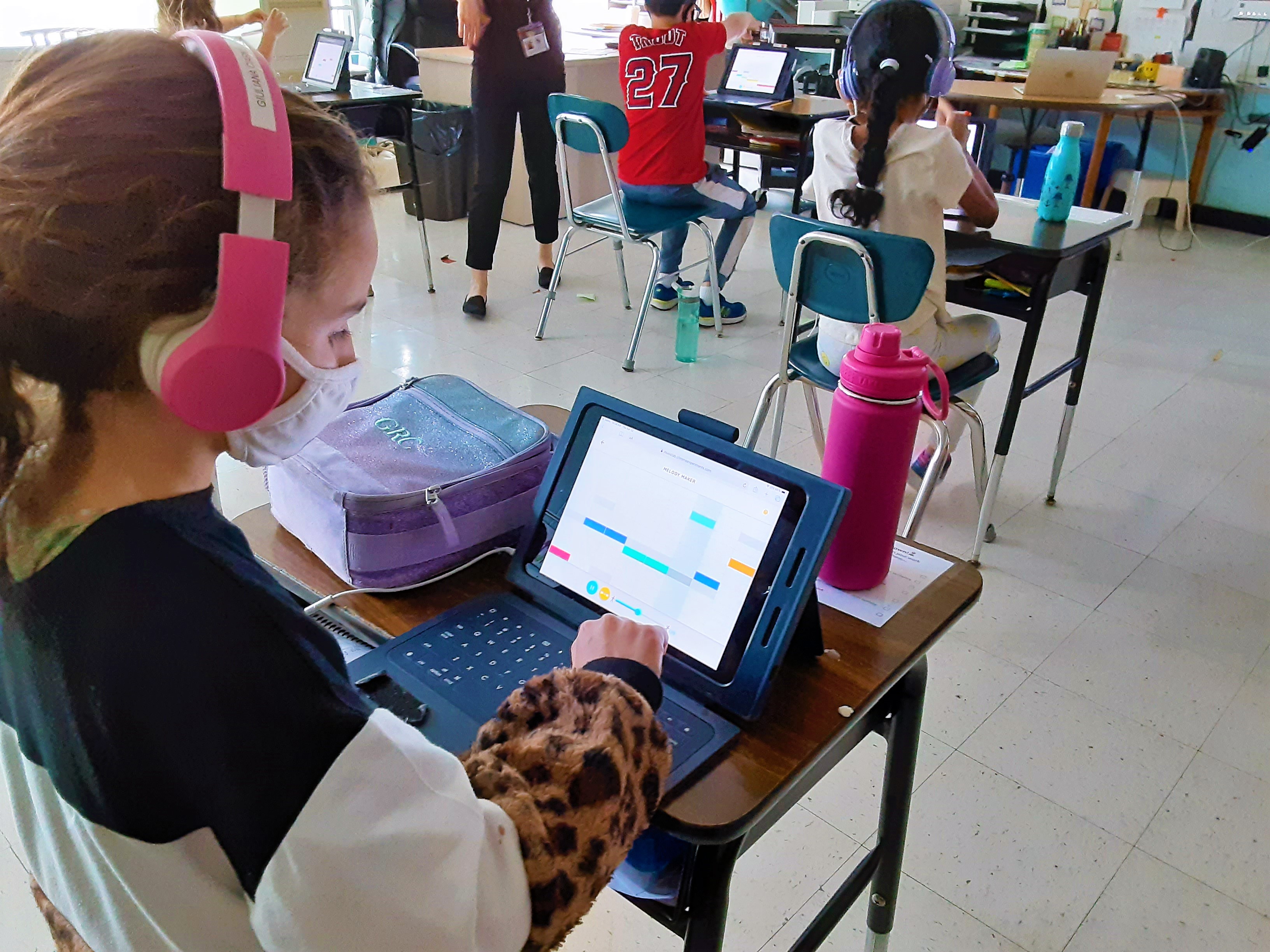 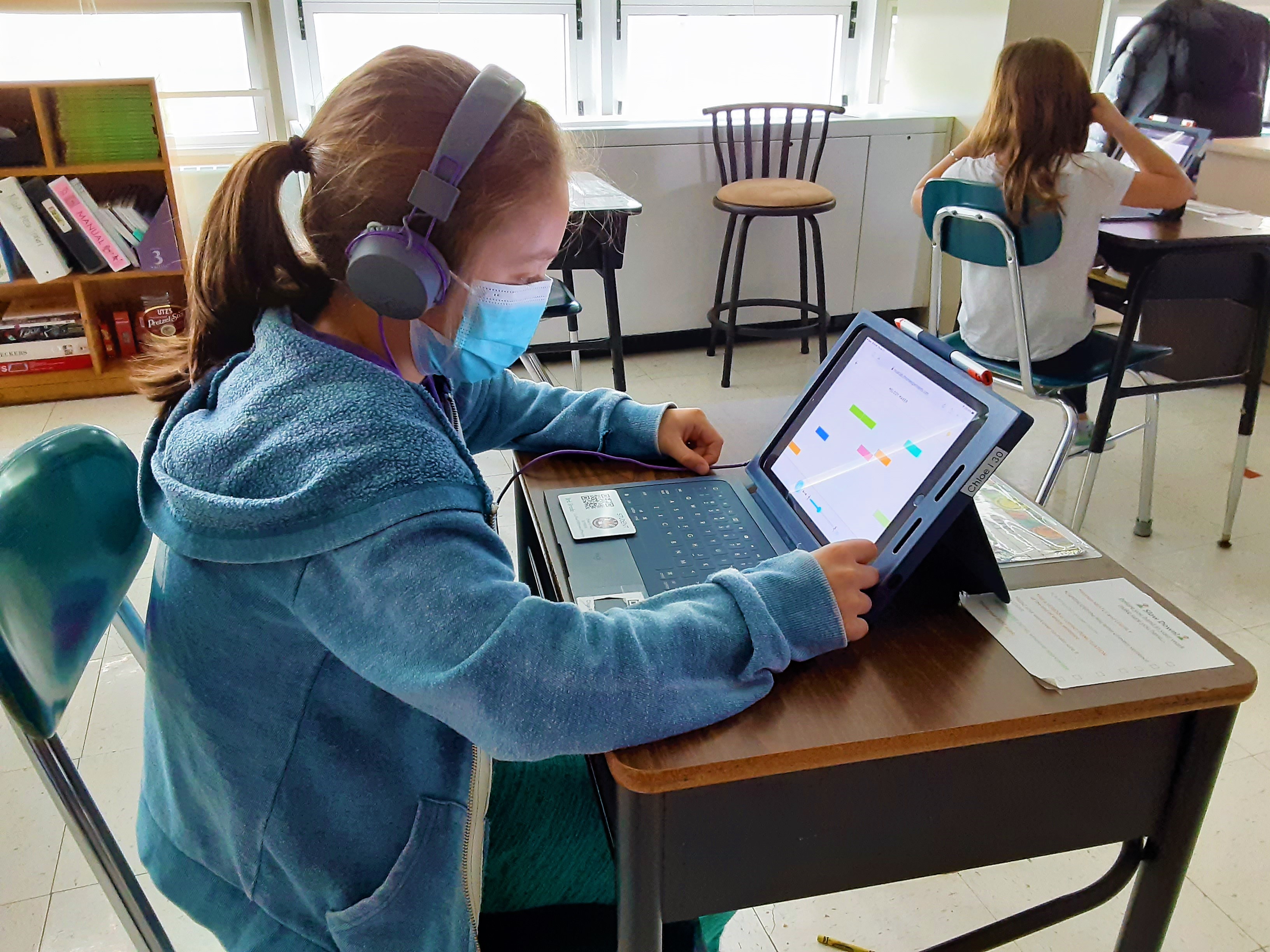 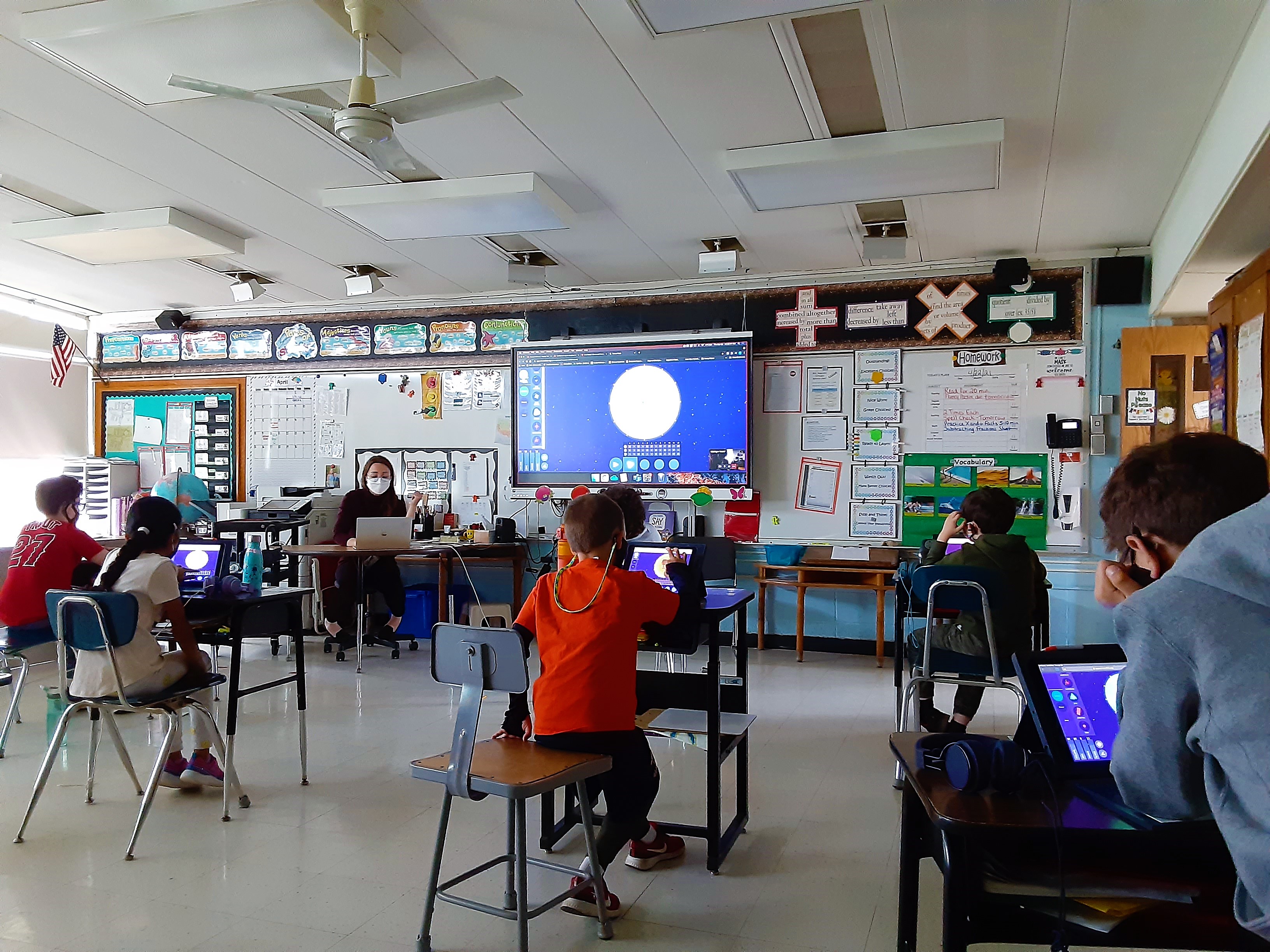 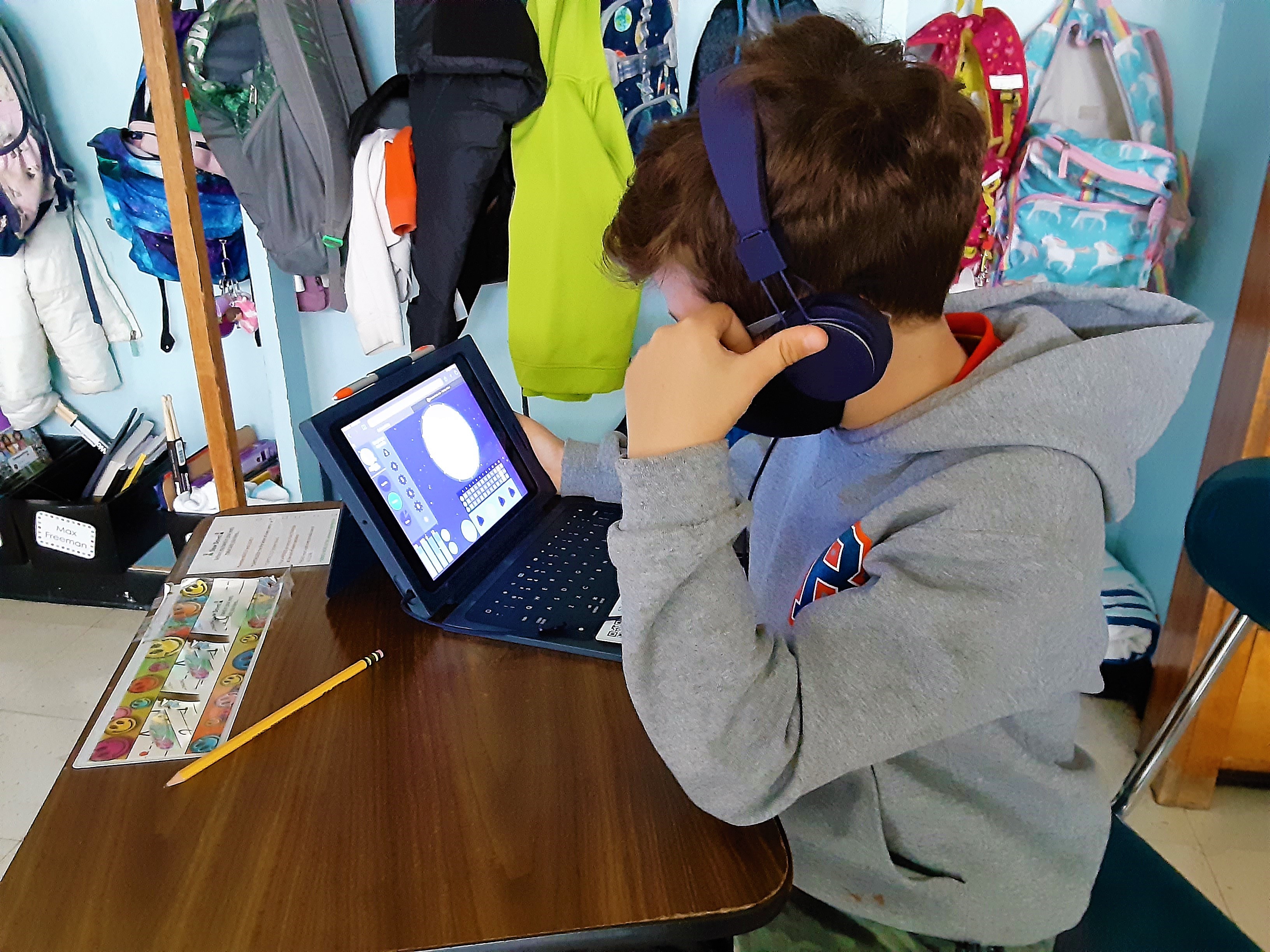 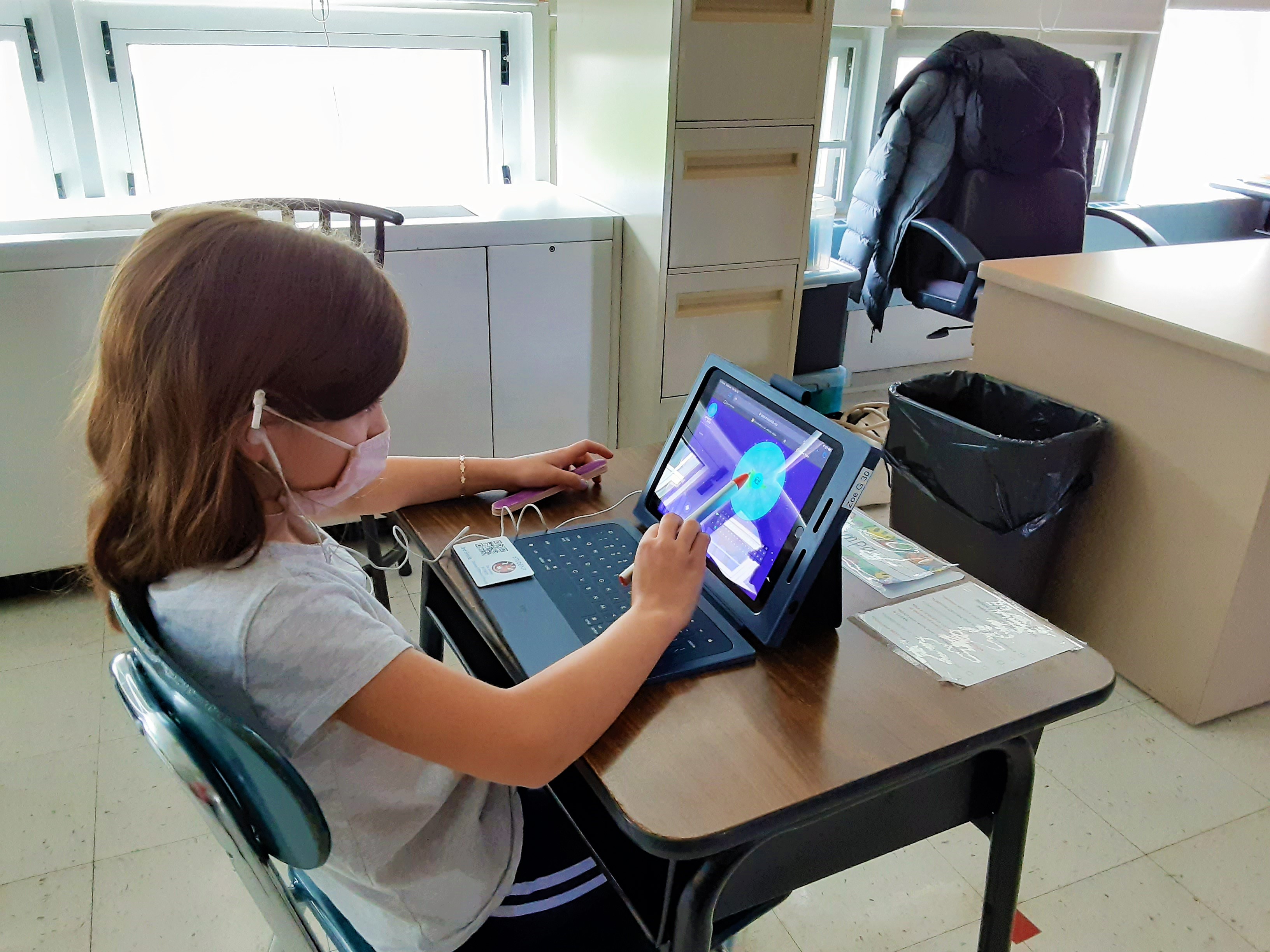