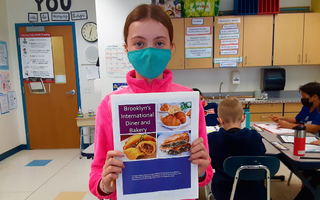 At Enrico’s Italian Restaurant, you can order a Marching Margherita Pizza, a Bussin’ Baked Ziti or a Flaming Filet Mignon. Alas, Enrico’s is not a restaurant in Briarcliff Manor - it is a product of one student’s imagination. Fifth graders in Cindy Yaeger’s class recently created menus for imaginary restaurants using figurative language.

“We have been studying all kinds of figurative language like similes, idioms, onomatopoeia and personification,” Ms. Yaeger said. “Students created menus and incorporated figurative language into them. They had to use a rubric with certain criteria as guideline.” 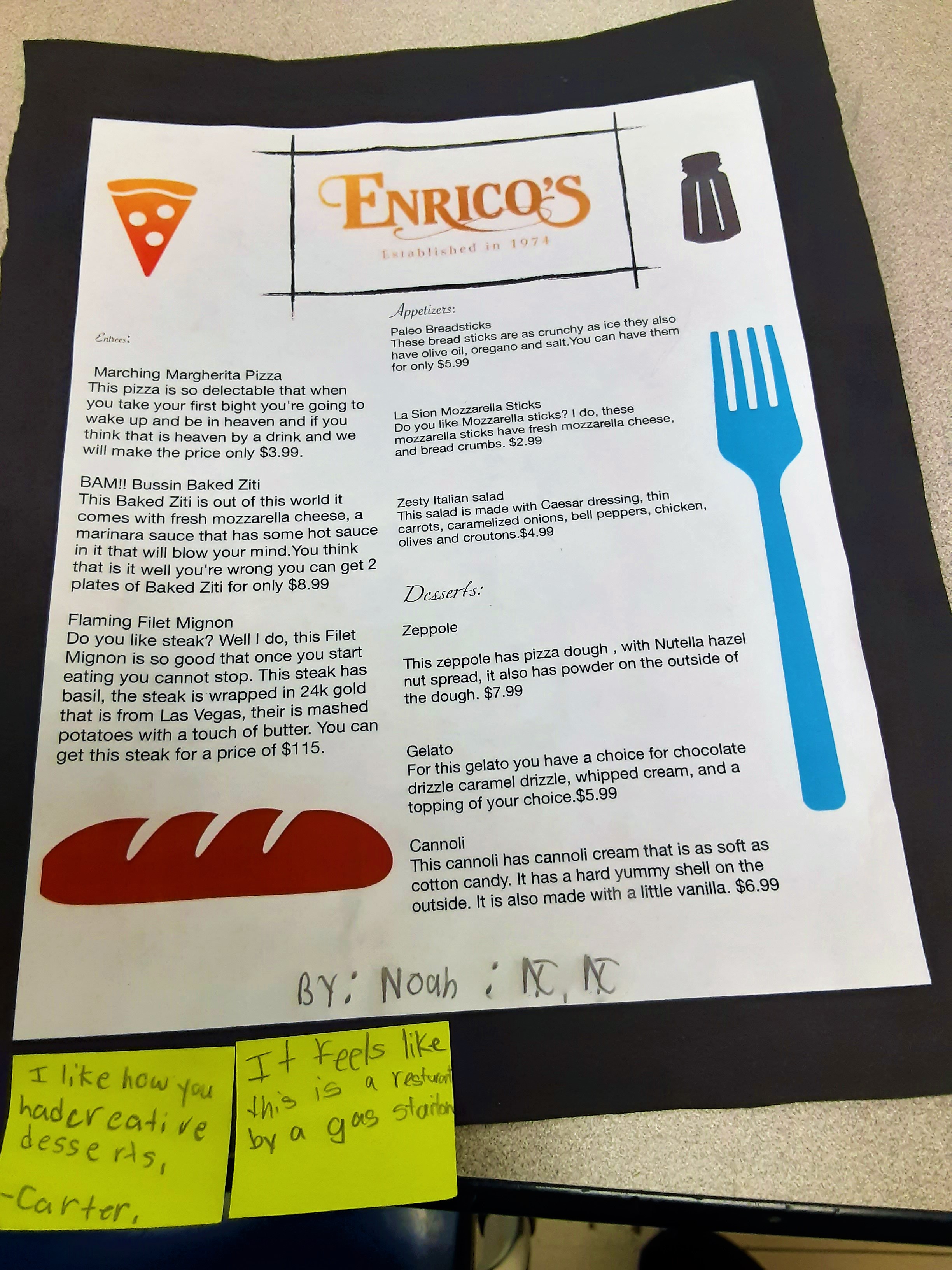 Students began by studying menus online to get an idea of what a menu looks like and to come up with dishes to include in the menu. They printed photos of food in class.

They were required to include the name and type of restaurant, three appetizers, three entrees or main course dishes, three desserts, two idioms, two similes or metaphors, three alliterations, one onomatopoeia and one personification.

“Now that the menus are complete, students are studying each other’s menus to provide feedback on post-it notes, which they leave on the menu pages,” Ms. Yaeger said. “Remember to leave only positive comments,” she told the students. 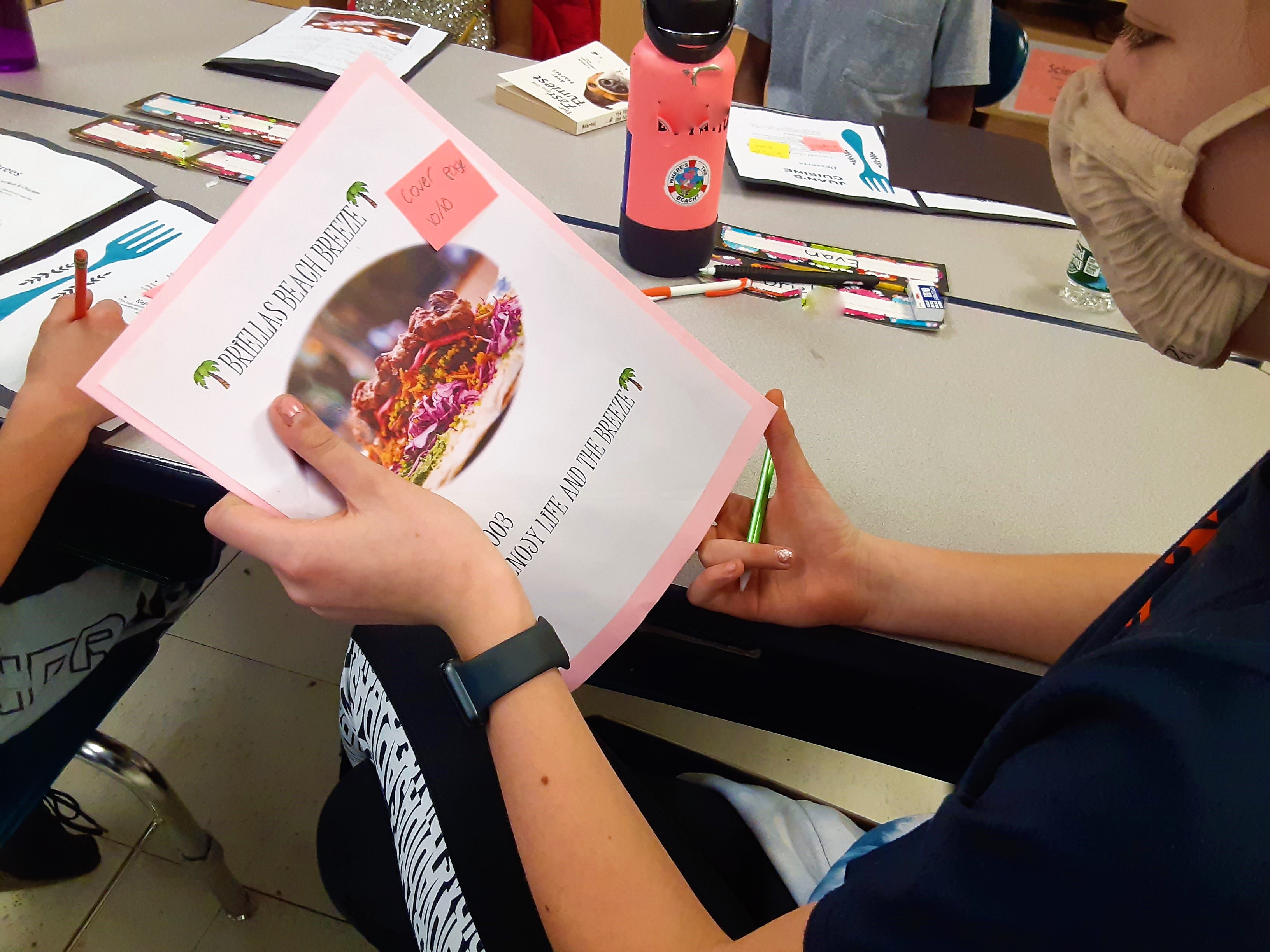 Jui included a ravioli with a tandoori chicken filling in her menu. In the description she wrote, ‘this combination will make your taste buds dance.’

“This is a metaphor,” she explained. “It means it will be really yummy.”

Aalia examined one of the menus that another student made.

“I like the way they used alliteration: ‘delicious dug up dirt cup.’ It’s creative,” she said. “Also, it makes it seem that you won’t like it, but then the description says: ‘Chocolate pudding, Oreo crumbs and gummy worms.’”

“This was a fun project and the students got to practice all the figurative language that we learned,” Ms. Yaeger said. 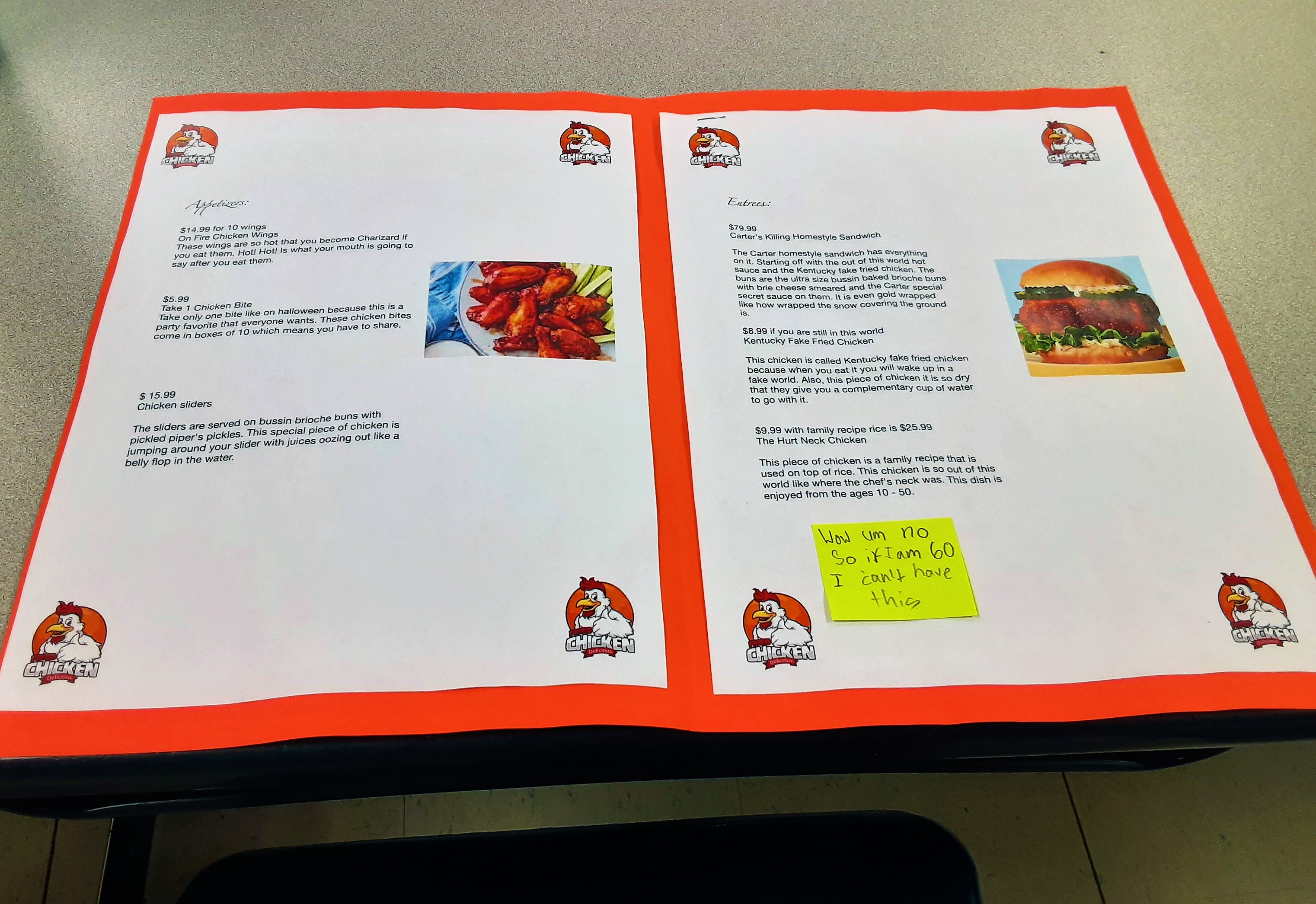 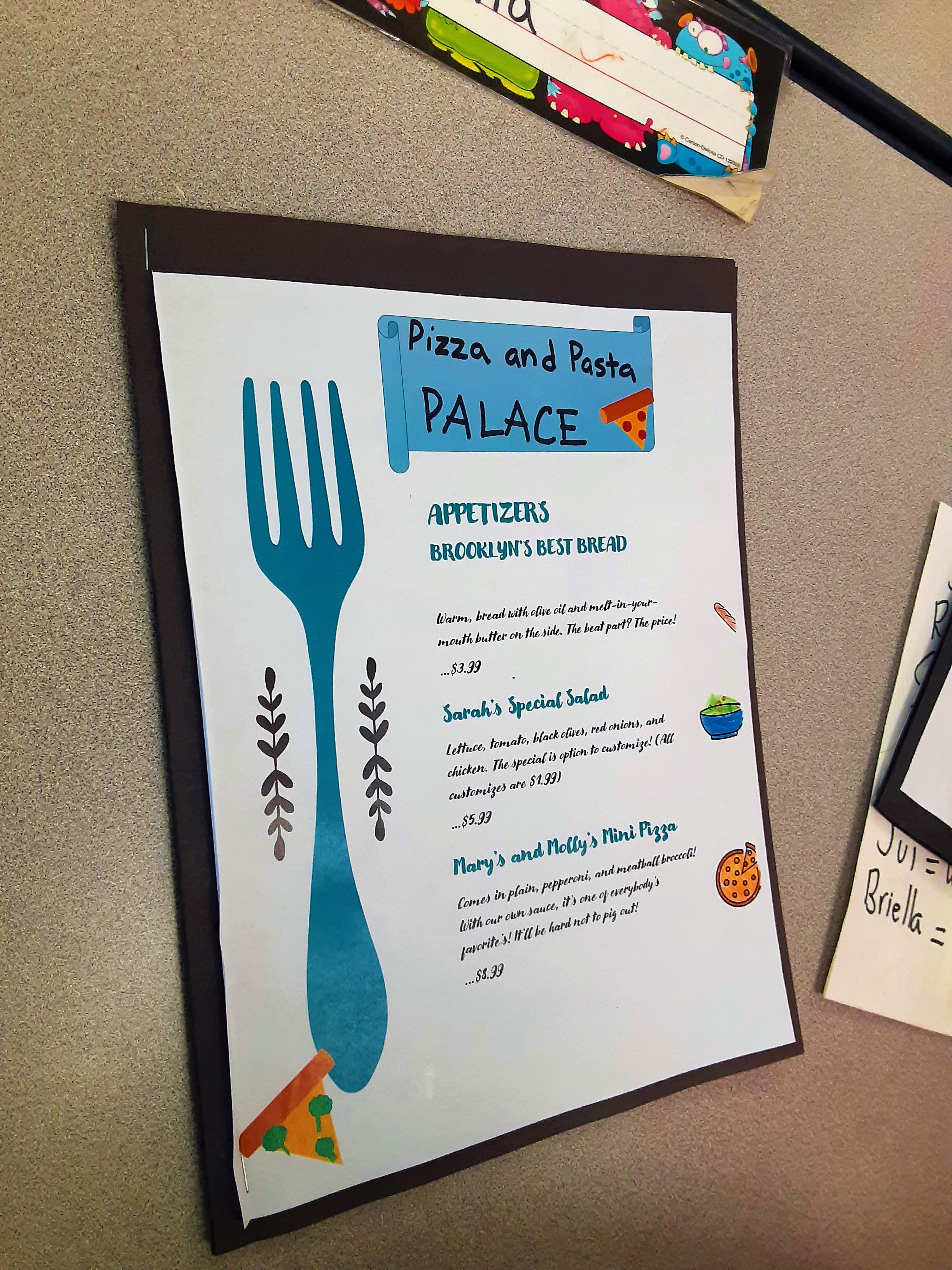 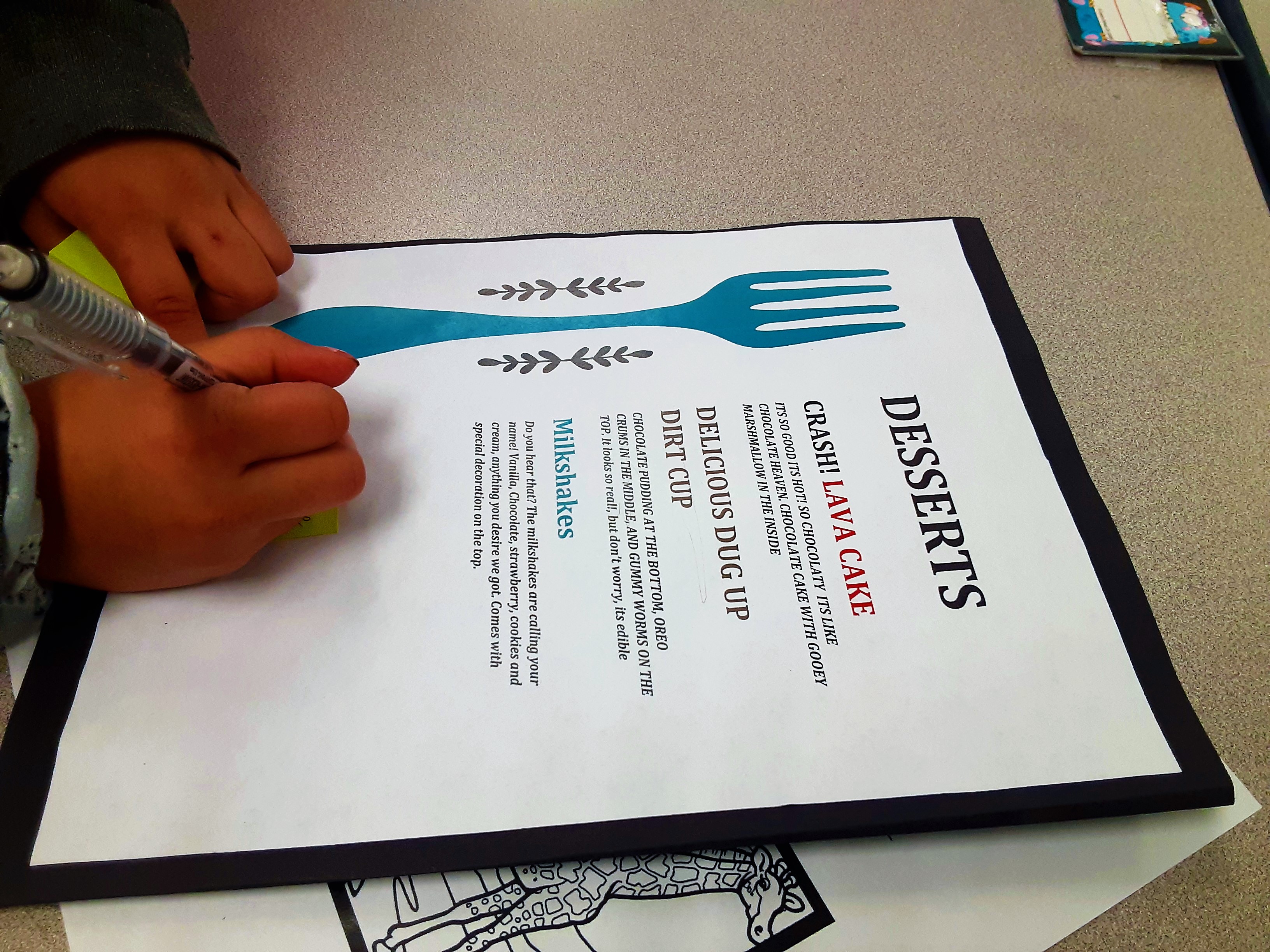 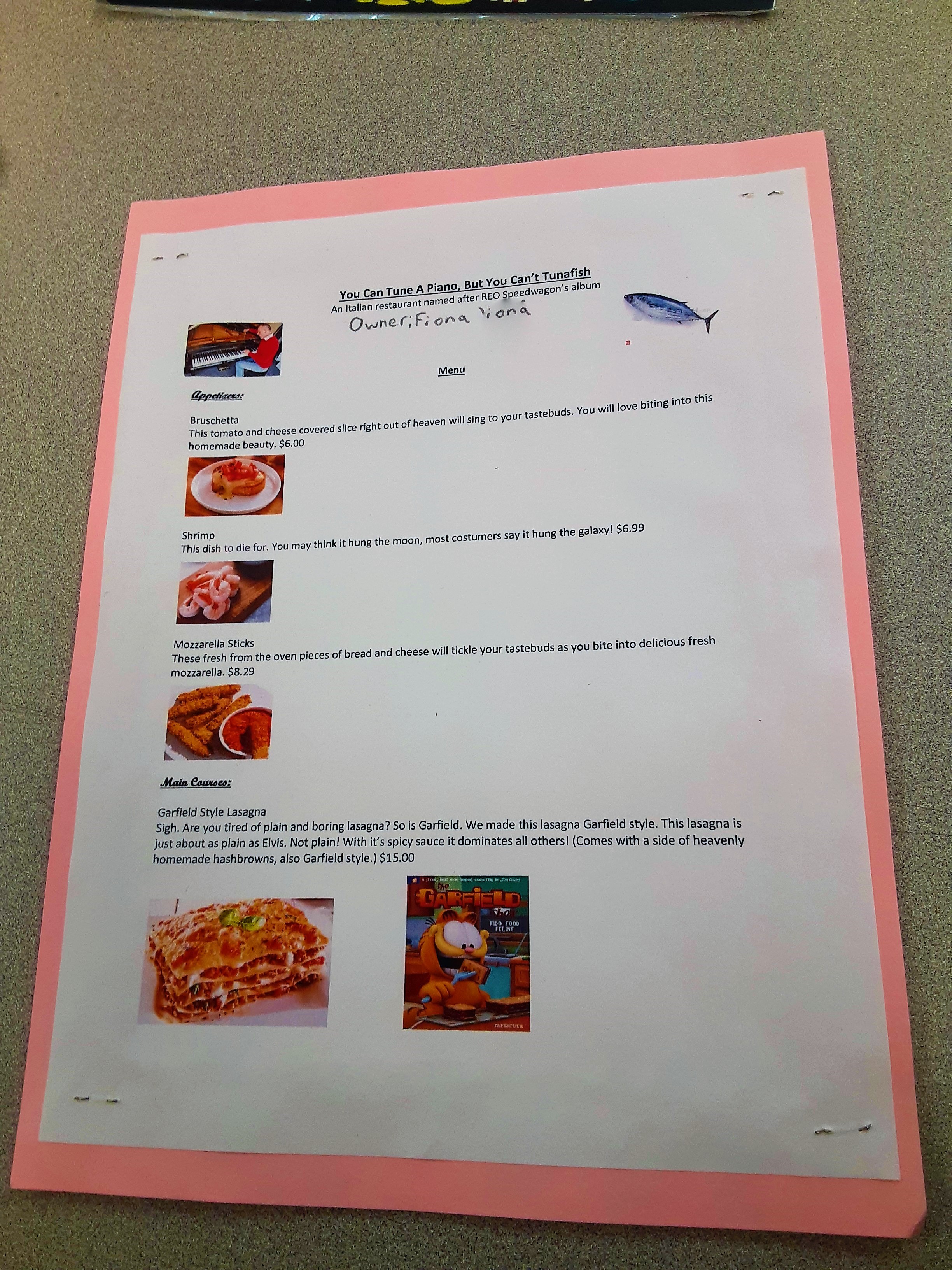 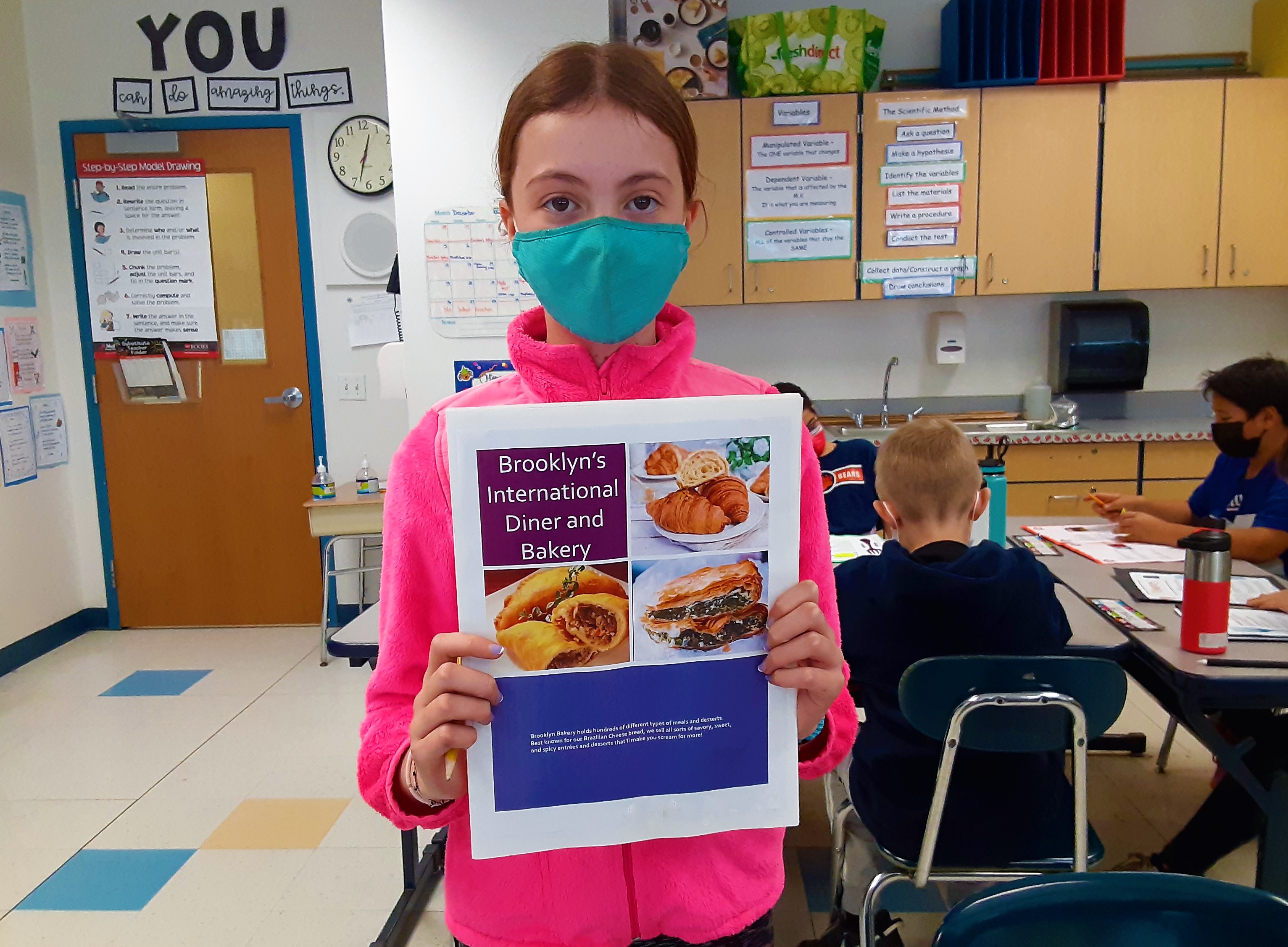