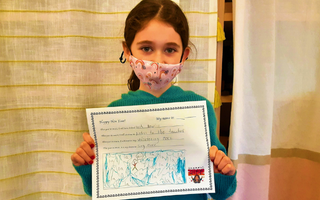 Students began by singing the “Hello” song, in which each student was welcomed to class. They then sang a song about the New Year to the tune of “Row Row Row Your Boat,” and also listened to the song “A Million Dreams” from the movie “The Greatest Showman.” 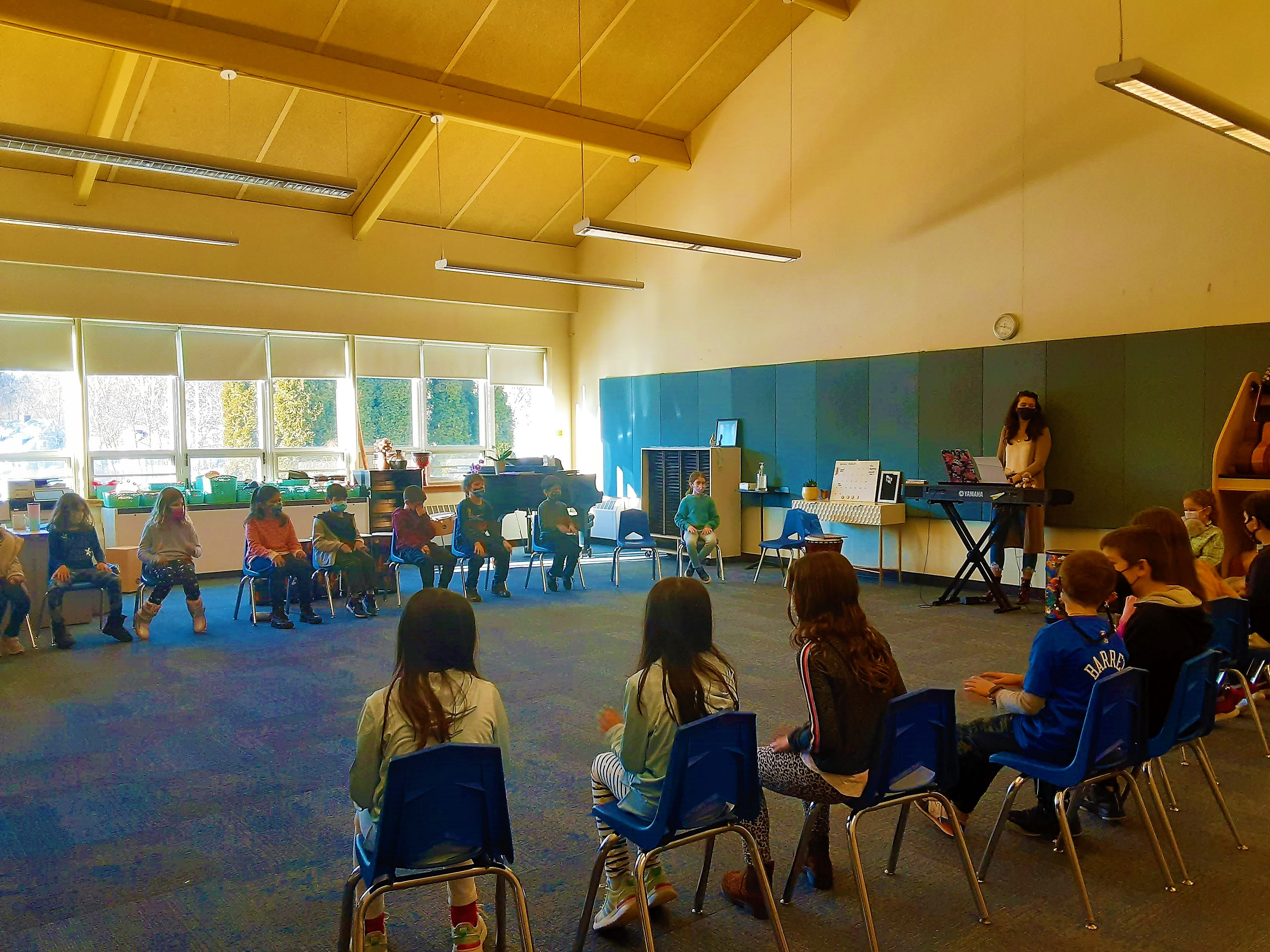 After hearing the song, students were divided into pairs and discussed various elements of the song, such as the song’s dynamics, what the song is about and how it relates to the new year’s resolution.

Finally, students filled out a worksheet and included their own wishes and goals for the new year, as they relate to music class. 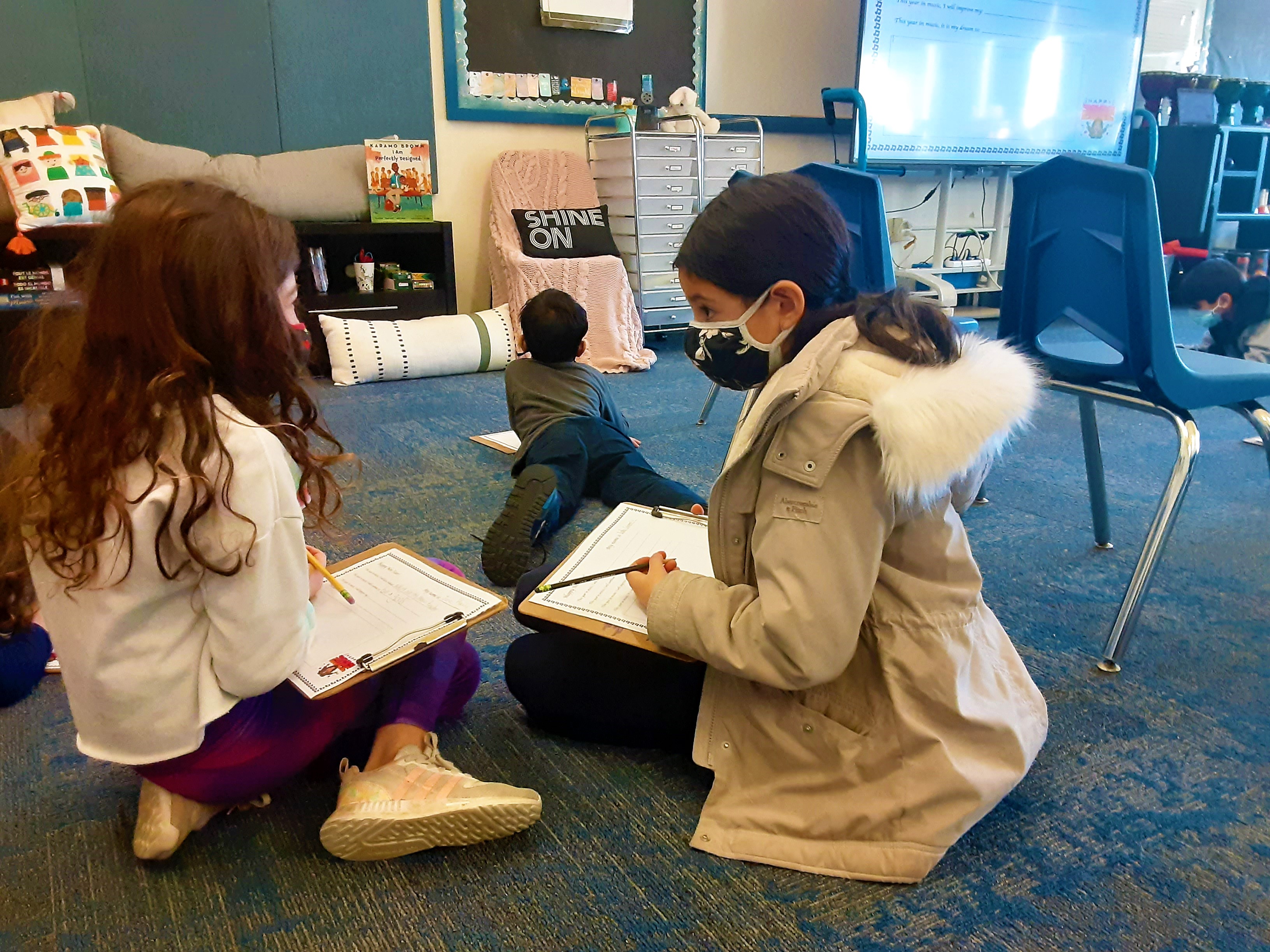 They wrote down what they plan to not do this year, what they will continue to do, and what they hope to improve. They also shared their dream in music class and drew a picture of themselves realizing that dream.

Several students agreed they should speak more quietly in class and pay more attention, especially when the teacher is speaking, and many wished to be better singers or to learn to play the guitar. 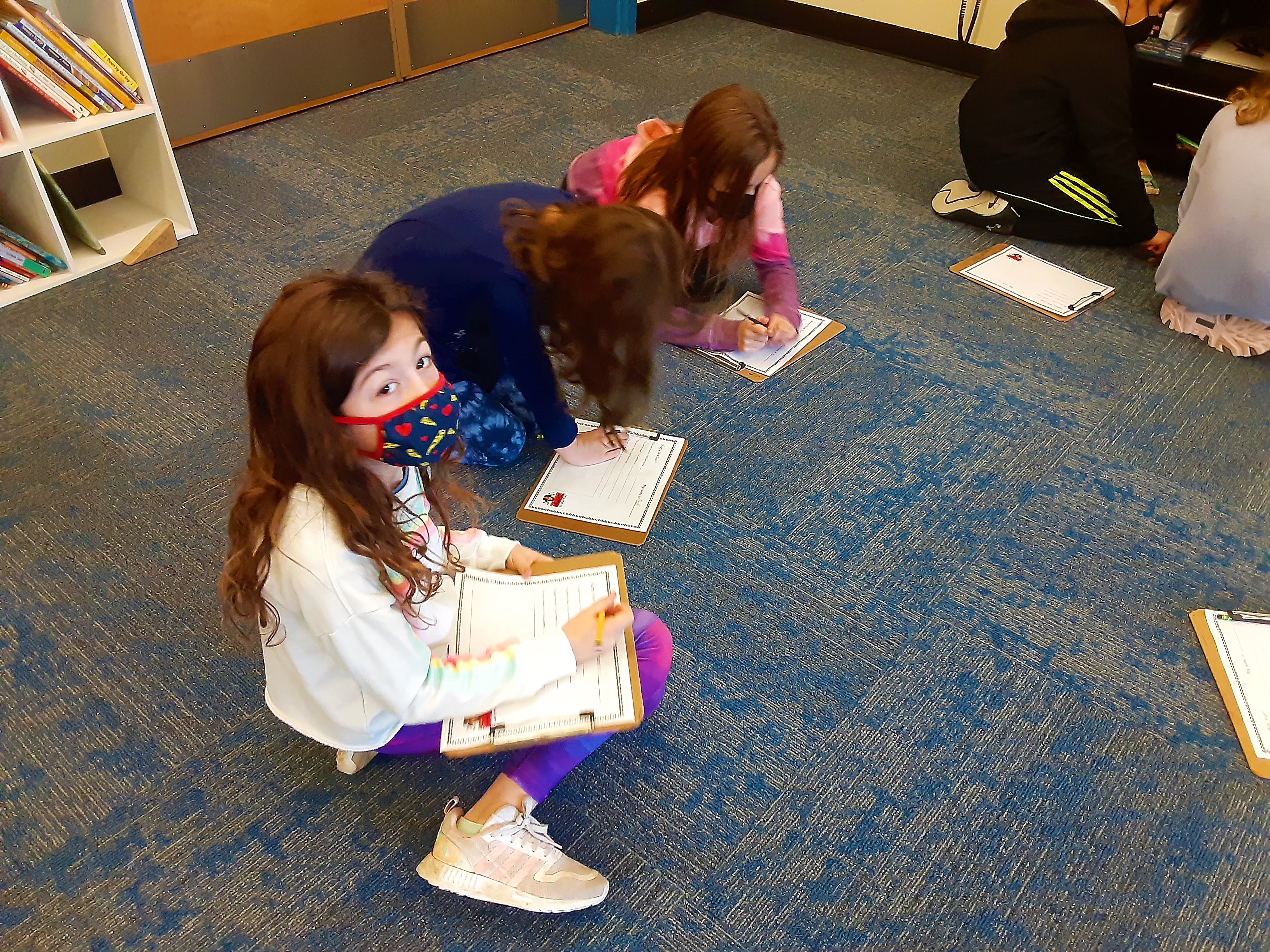 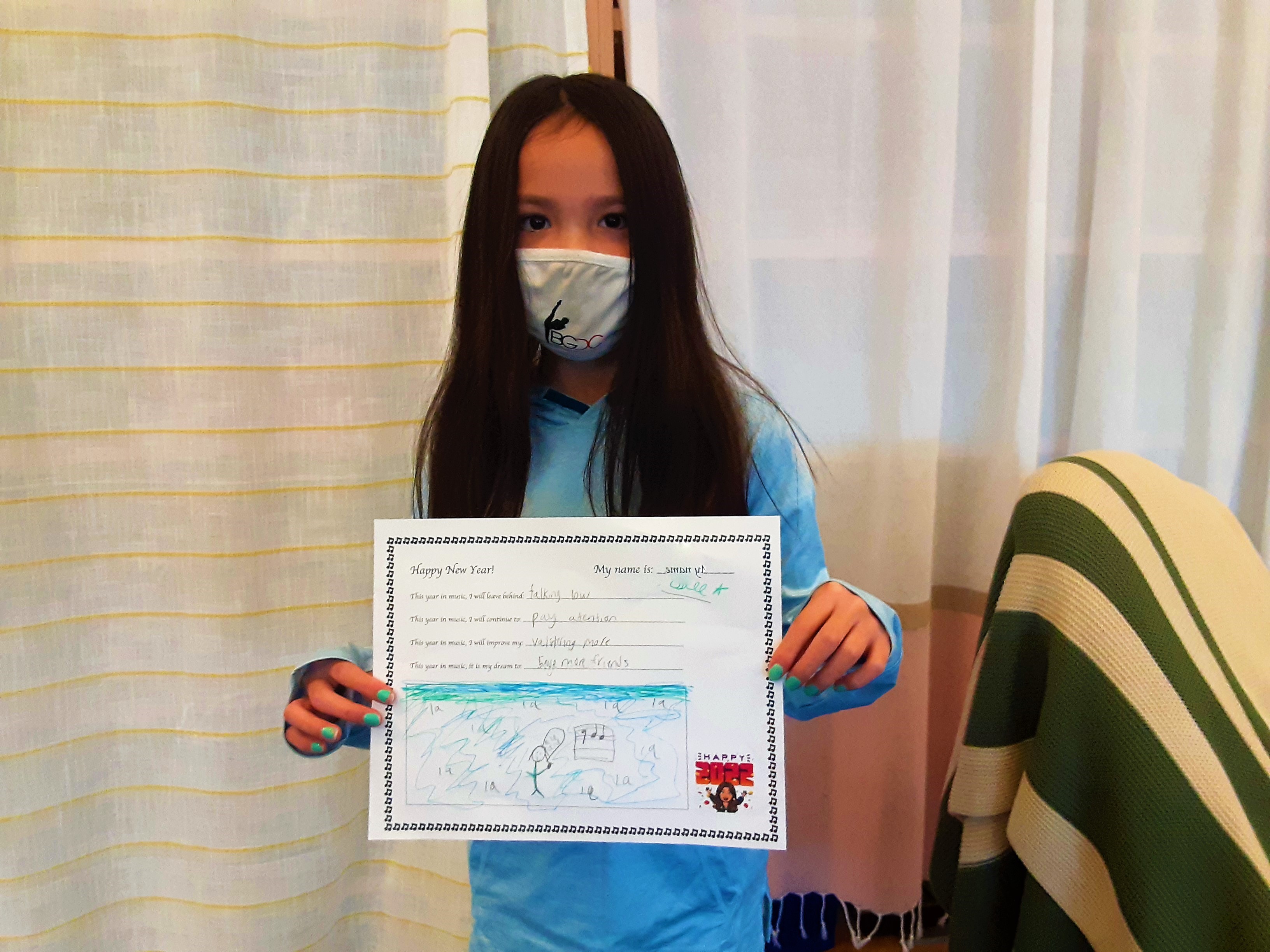 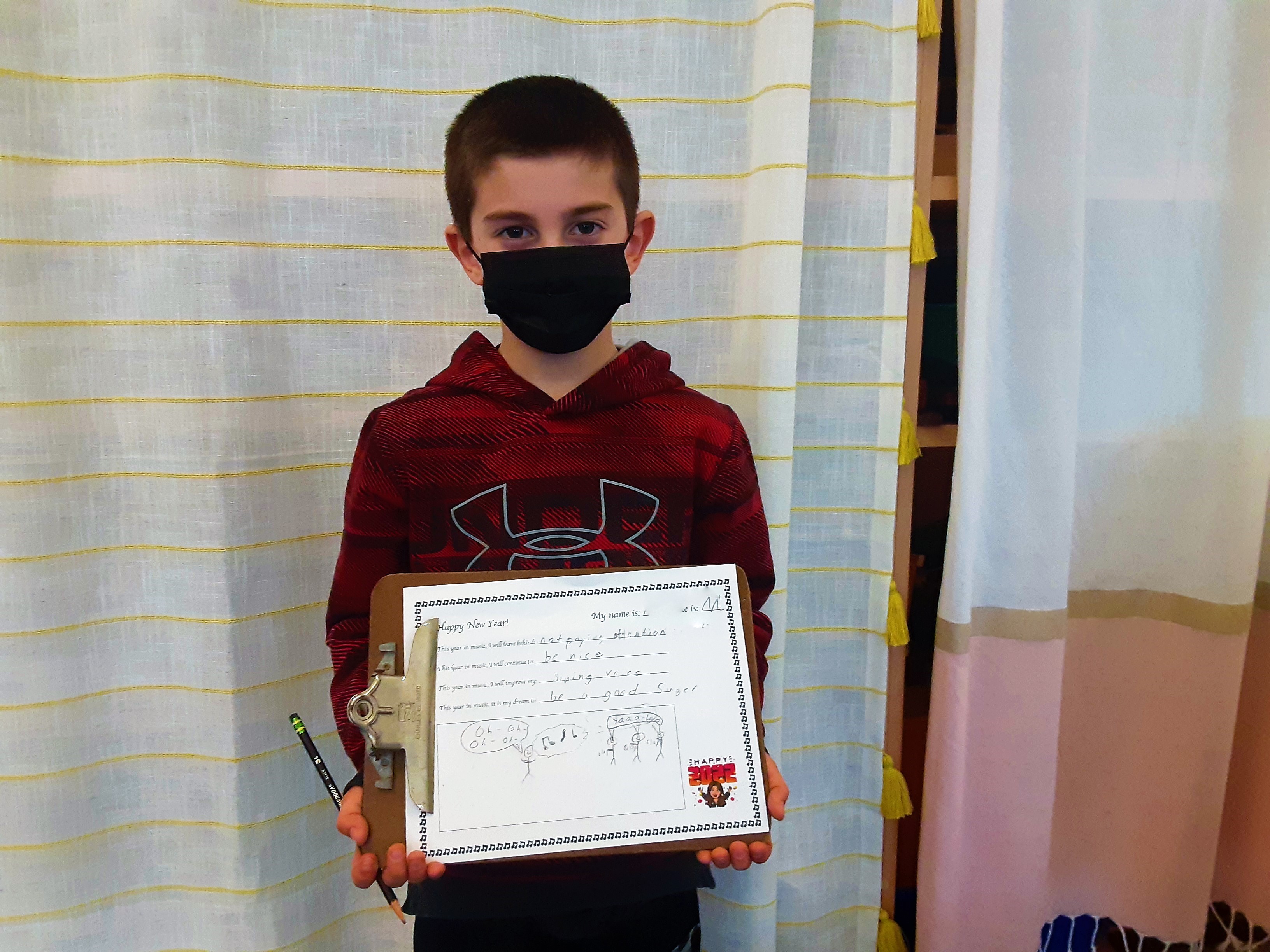 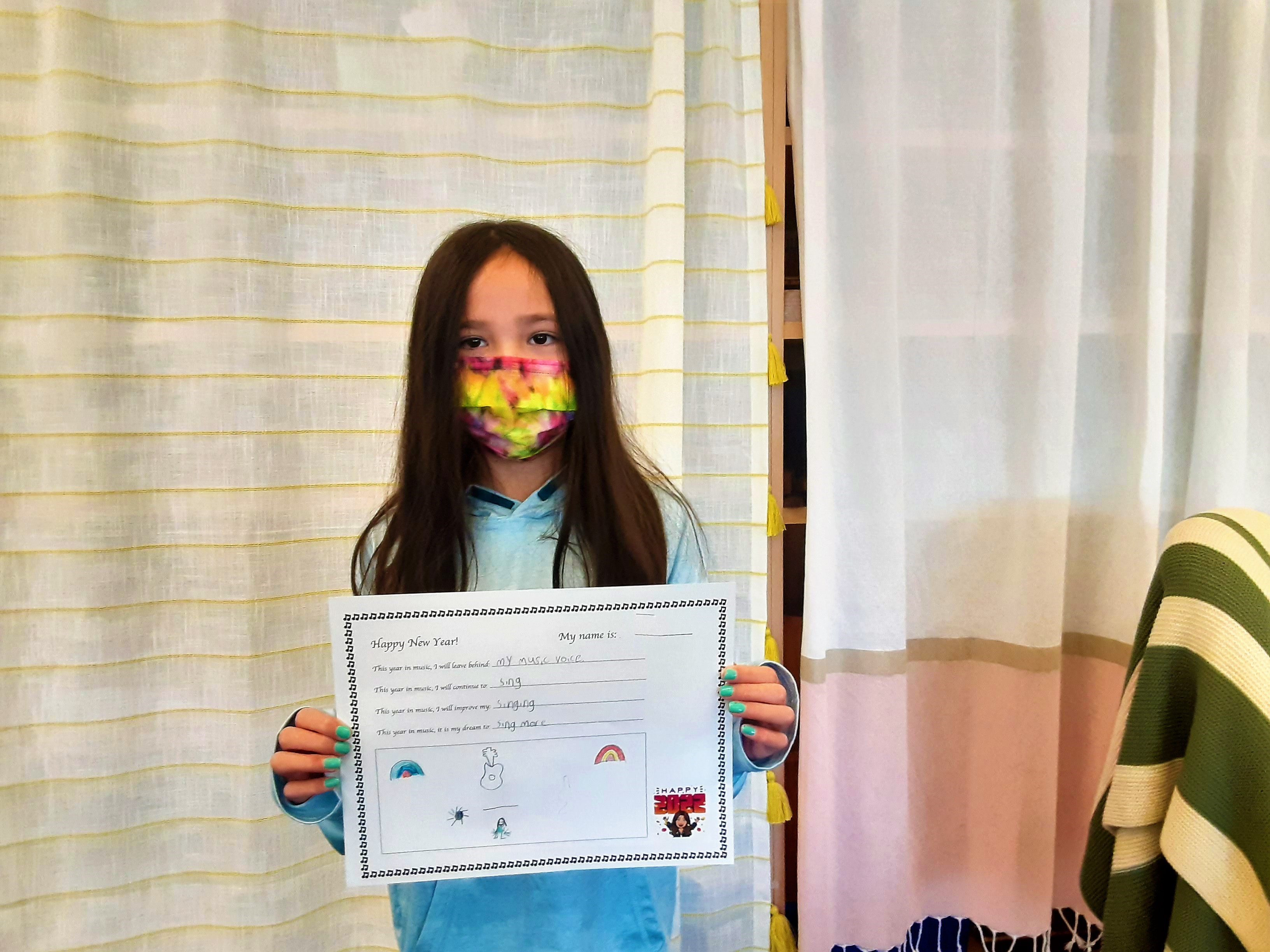 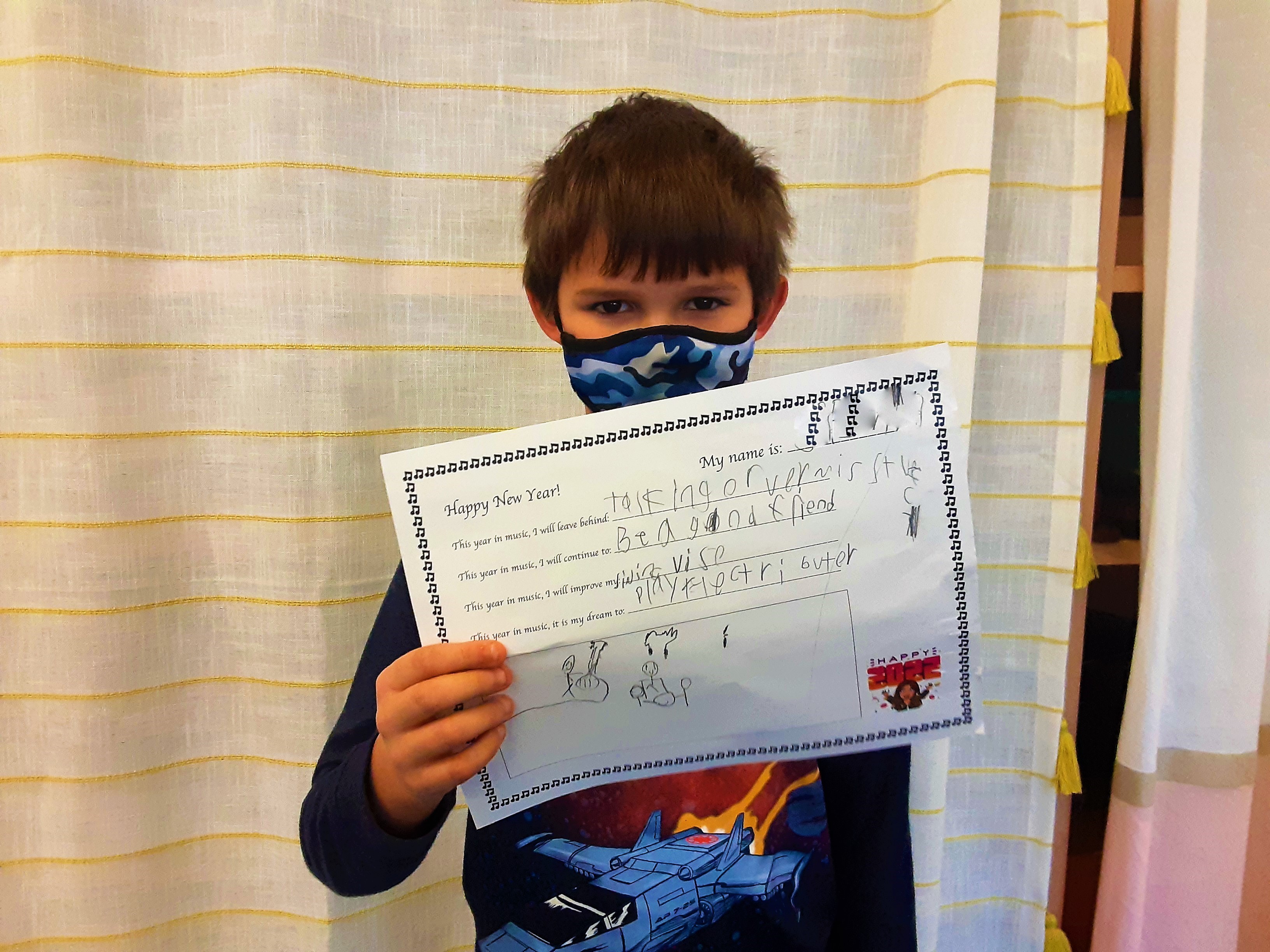 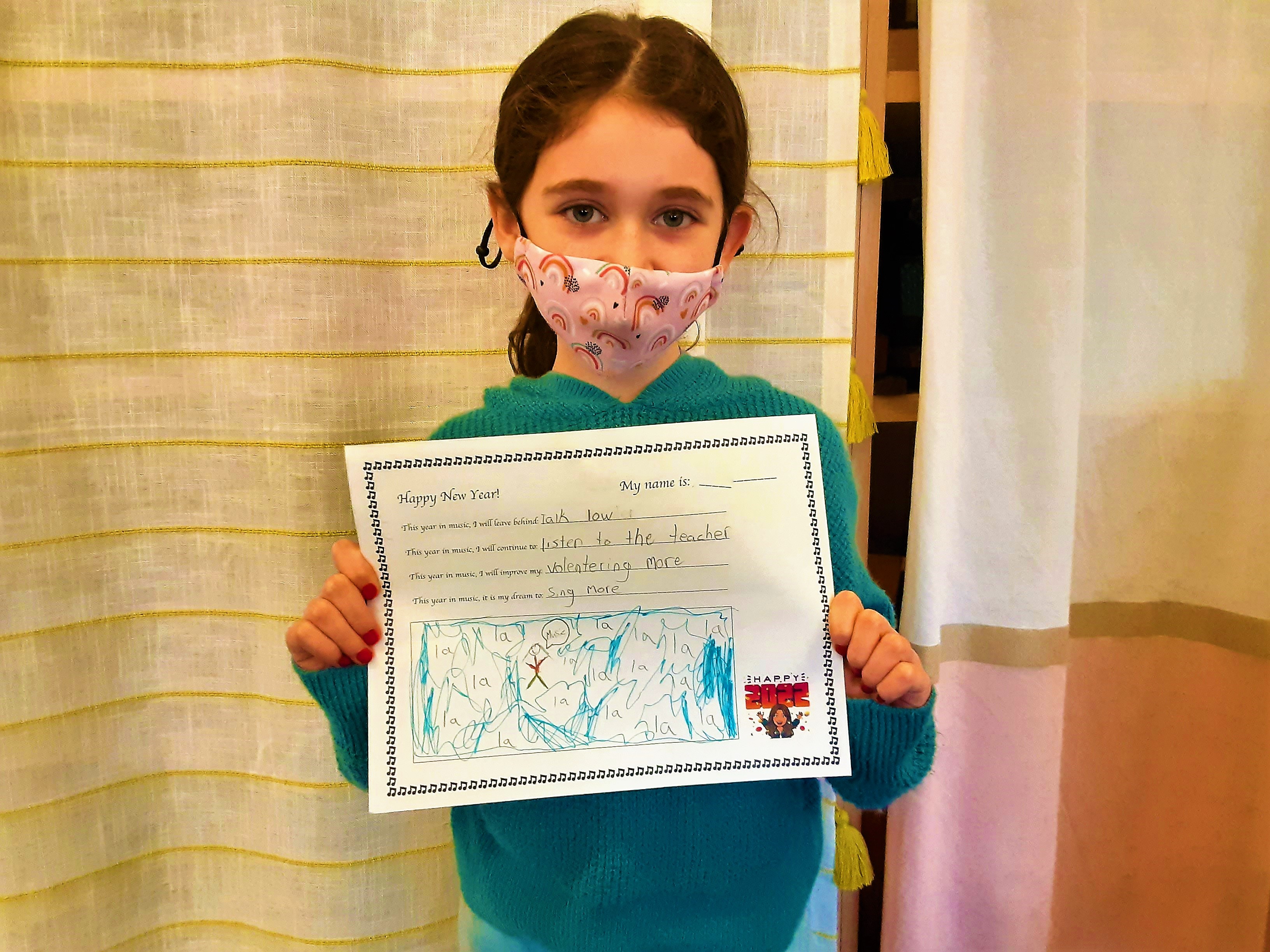