Small Signs of Normalcy are Welcome as Restrictions Ease During Recess 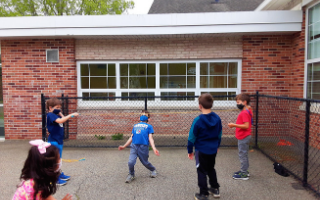 The laughter of students playing tetherball together and the squeals of a boy rolling down on the grass at recess were a sure sign that things are, slowly but surely, getting back to normal. Todd Elementary first and third graders enjoyed outdoor recess at separate areas of the schoolyard in the cool, spring air.

Several changes have taken place recently; the two cohorts in a class are now allowed to be together when outdoors and a variety of equipment can be used. Students played soccer, basketball, catch, hula hoops, jump rope and tetherball. Some students drew on the concrete with chalk and there was even a game of limbo. 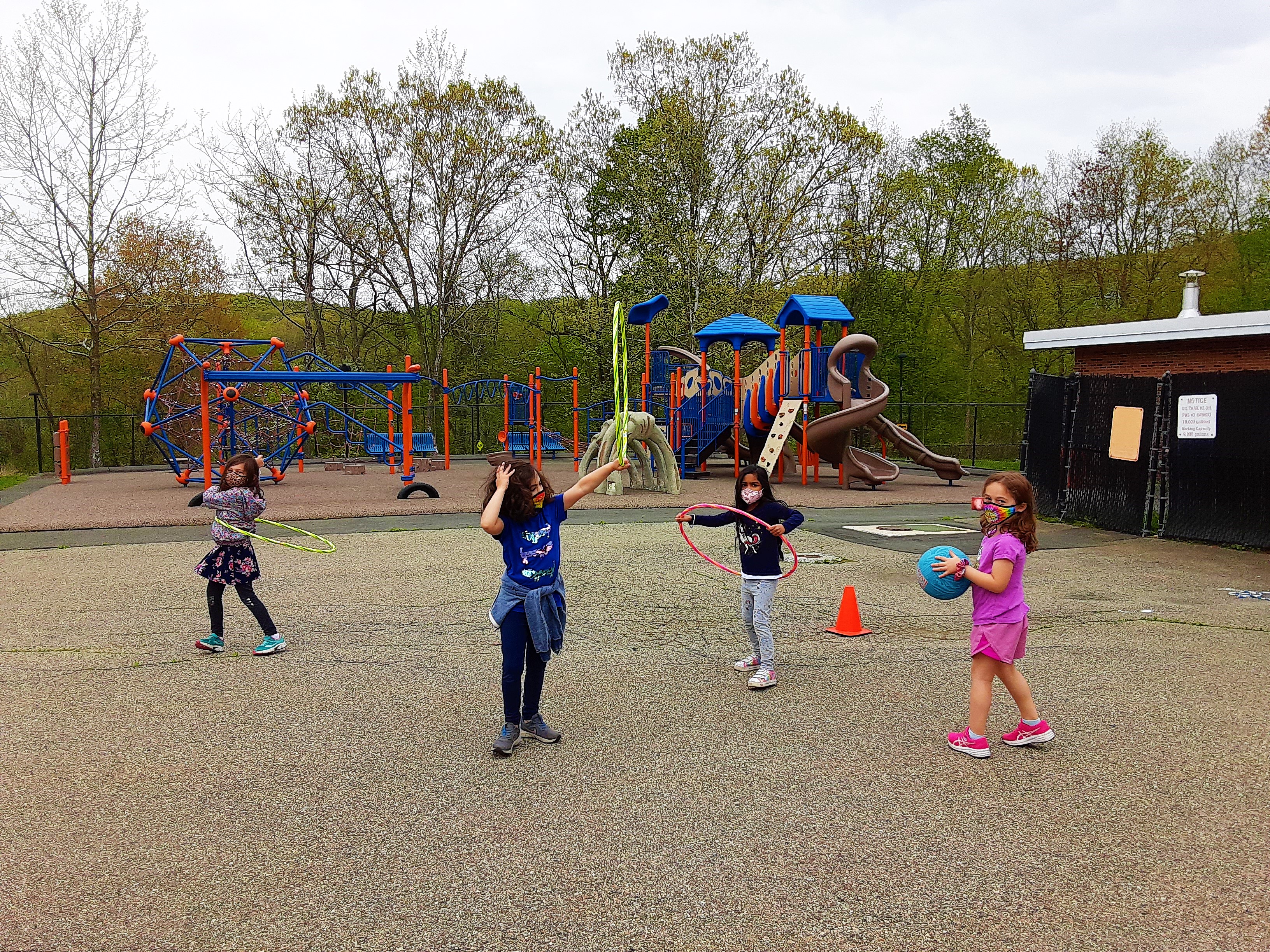 “It is good for them to get some energy out,” Deborah Adelberg said, as she watched Teaching Assistant Andrea Jacoby jump with a jump rope. “It feels like we are almost getting back to normal.”

On the other side of the school, Maria Angarola’s and Therese Verderosa’s third grade classes were playing in separate areas.

“We have combined the two cohorts of each class, but we are still playing separately from the other class,” said Teaching Assistant Cathy Riley. “The students love playing together with the other cohort. They have lots of different equipment and they go on the playground every other day,” she added. 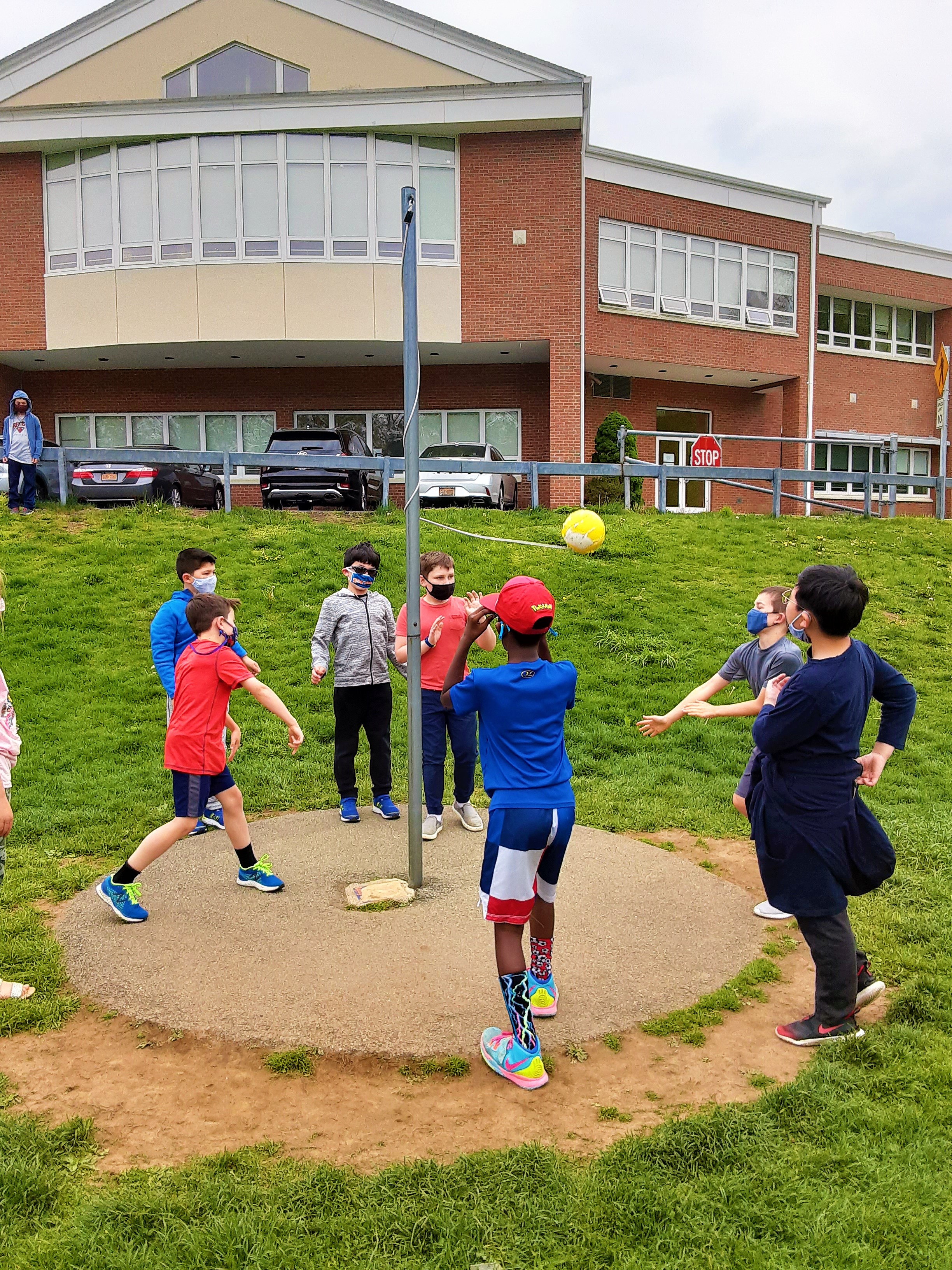 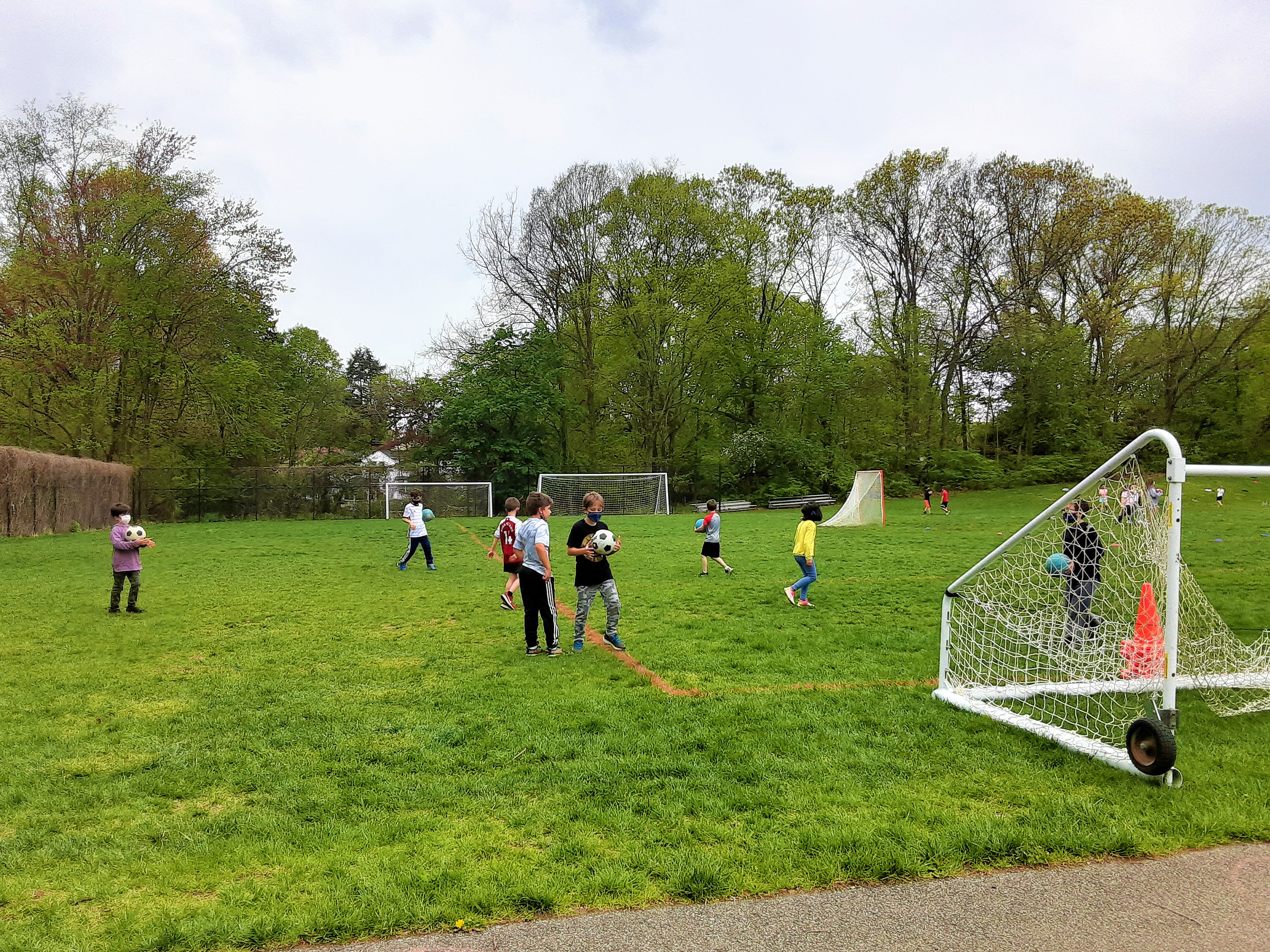 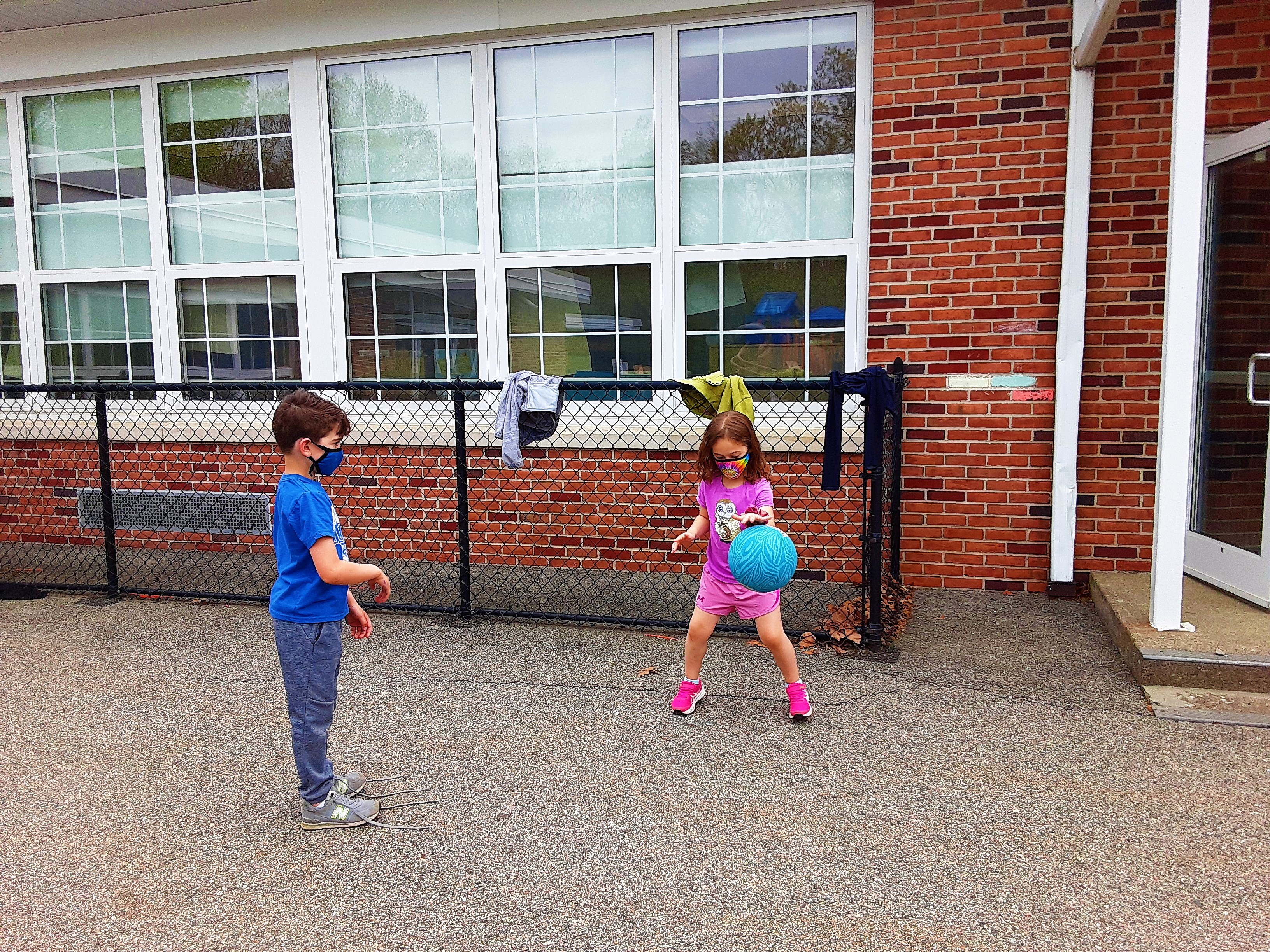 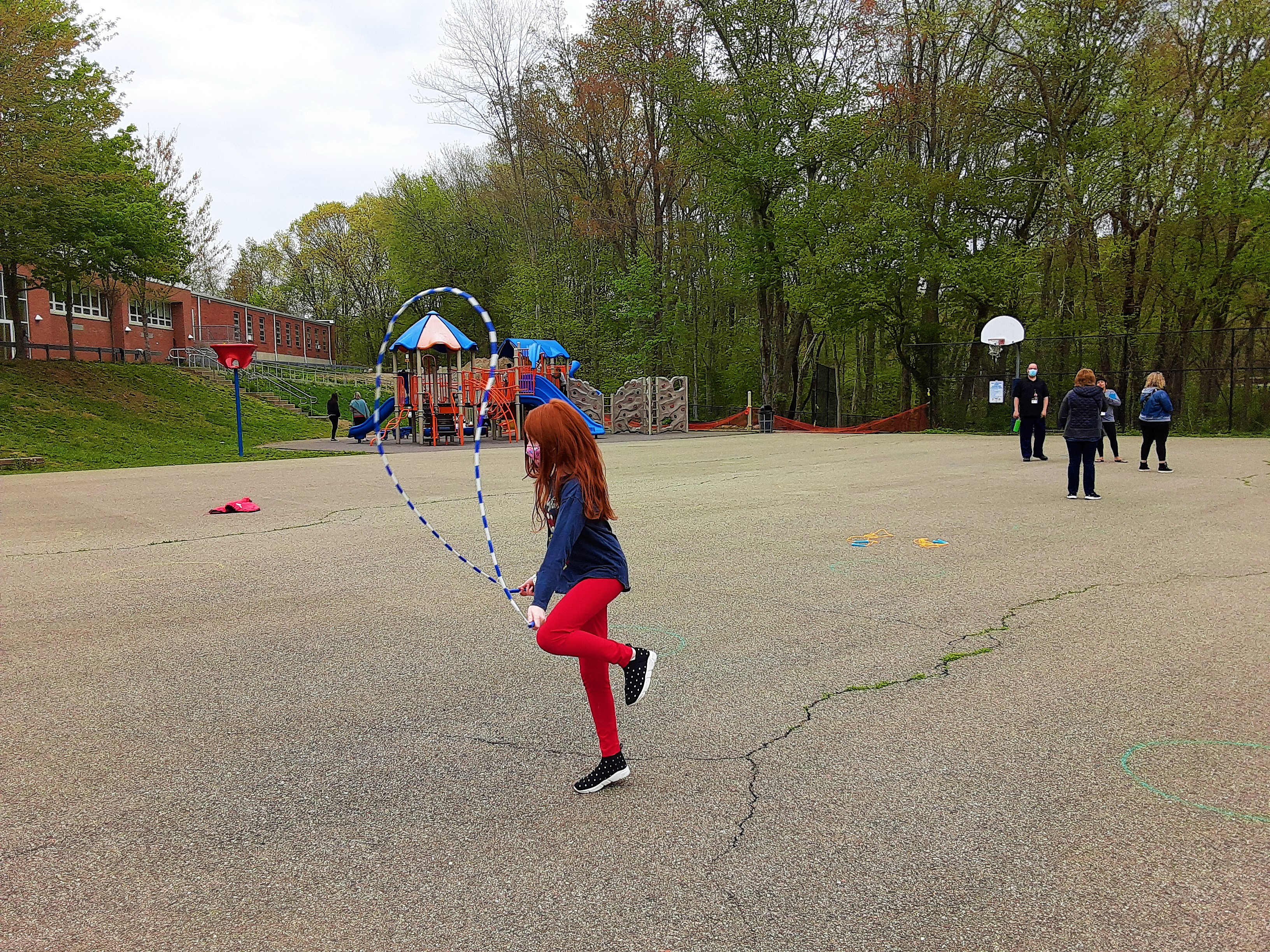 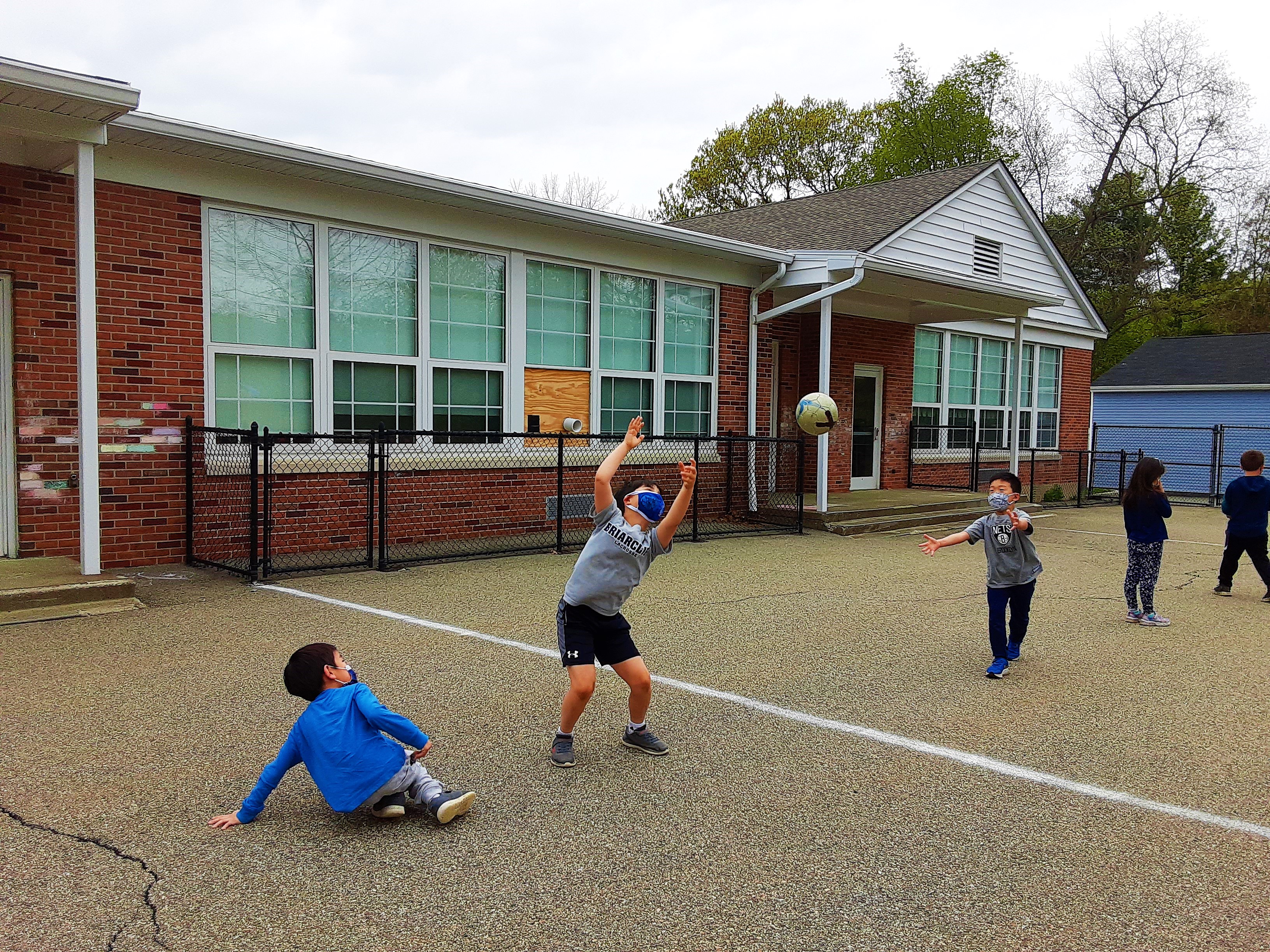 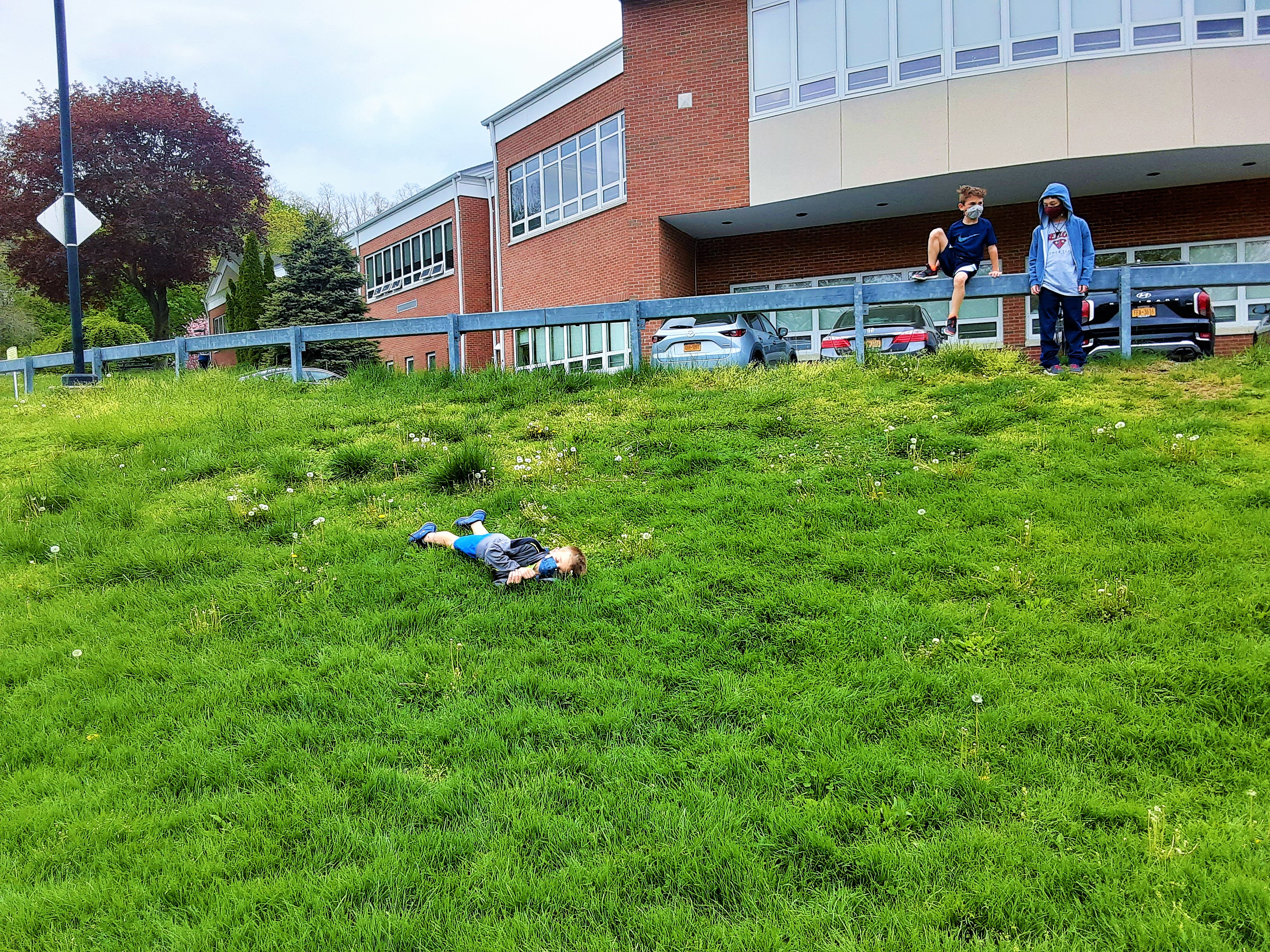 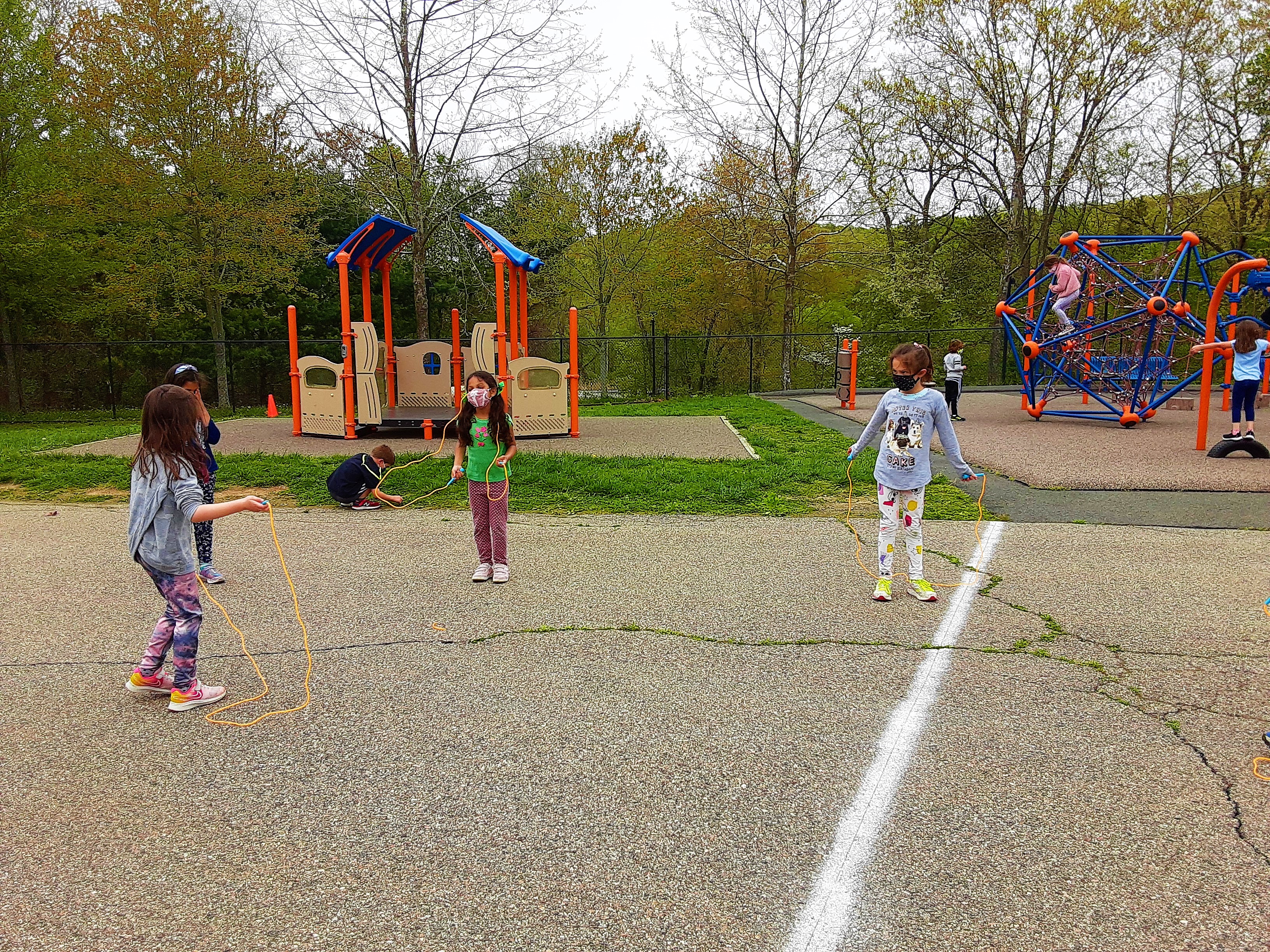 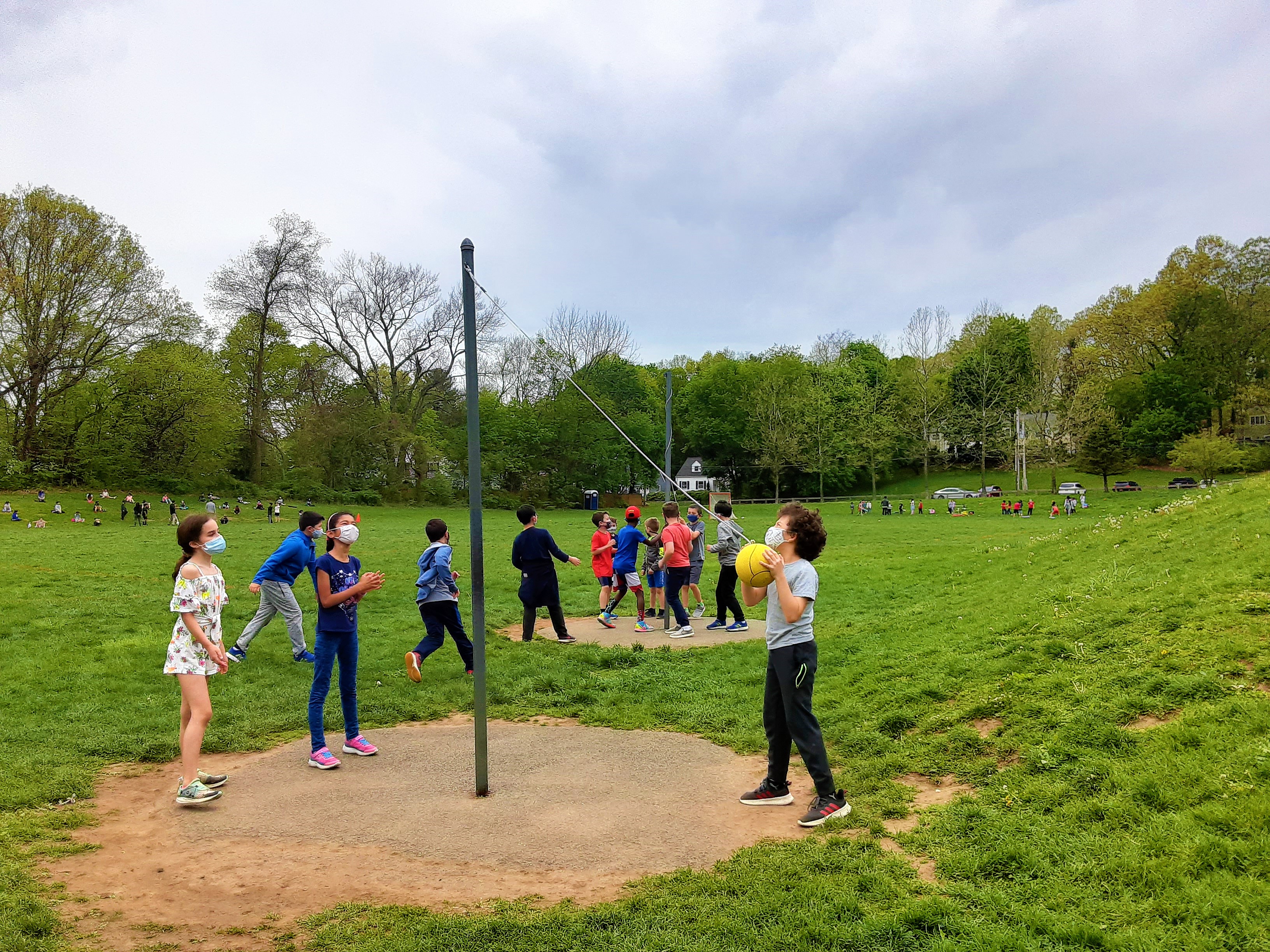 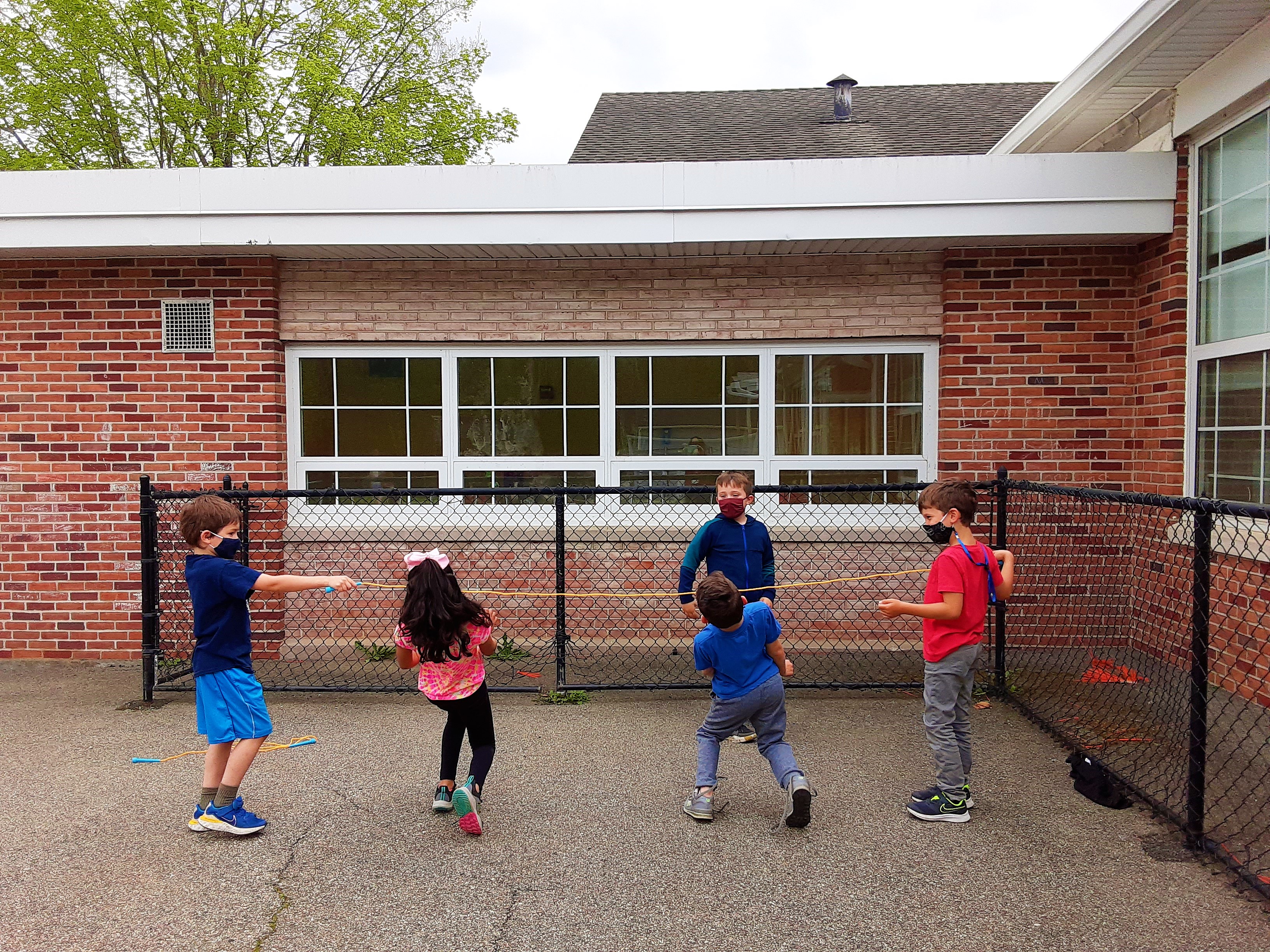 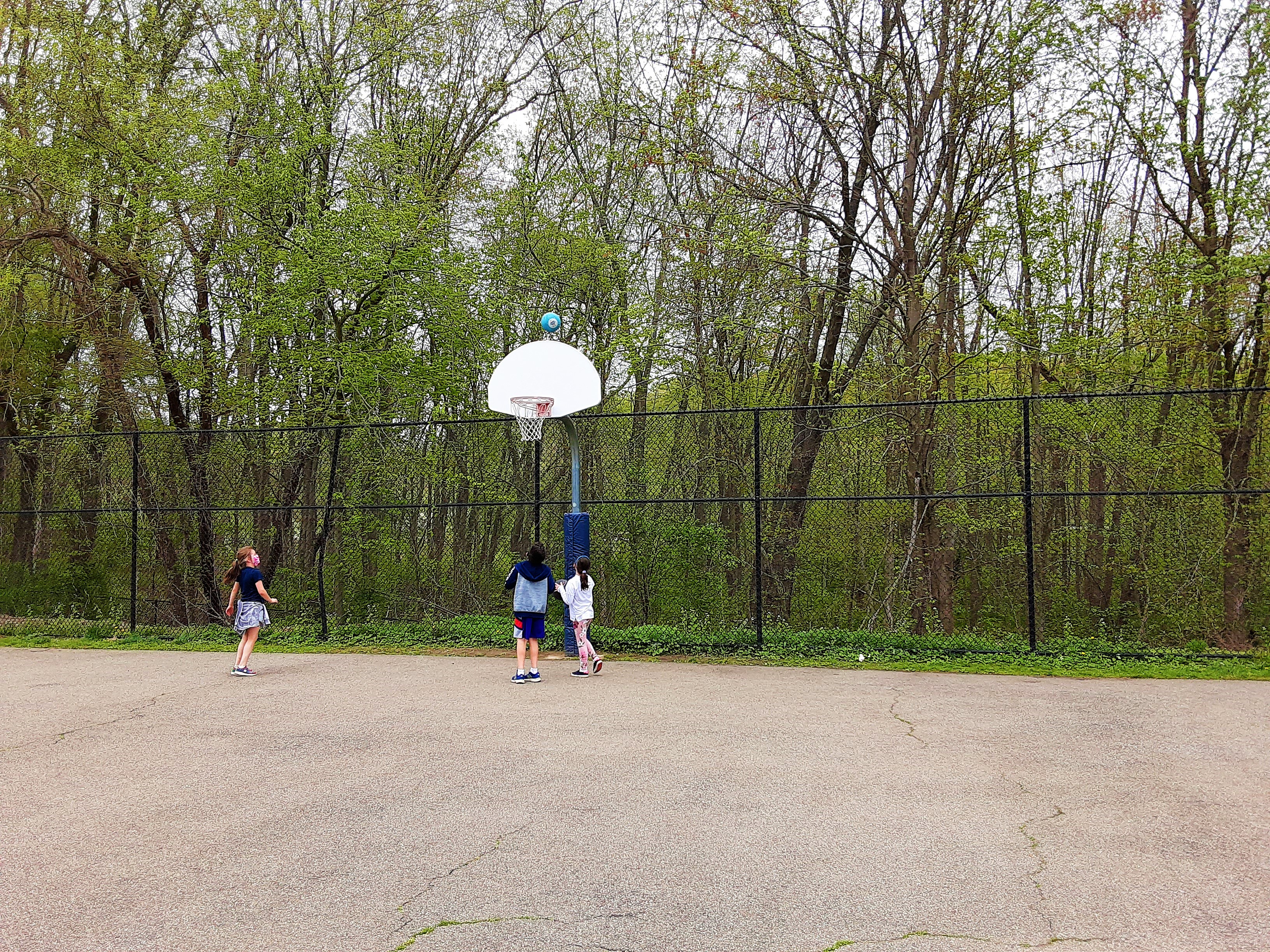 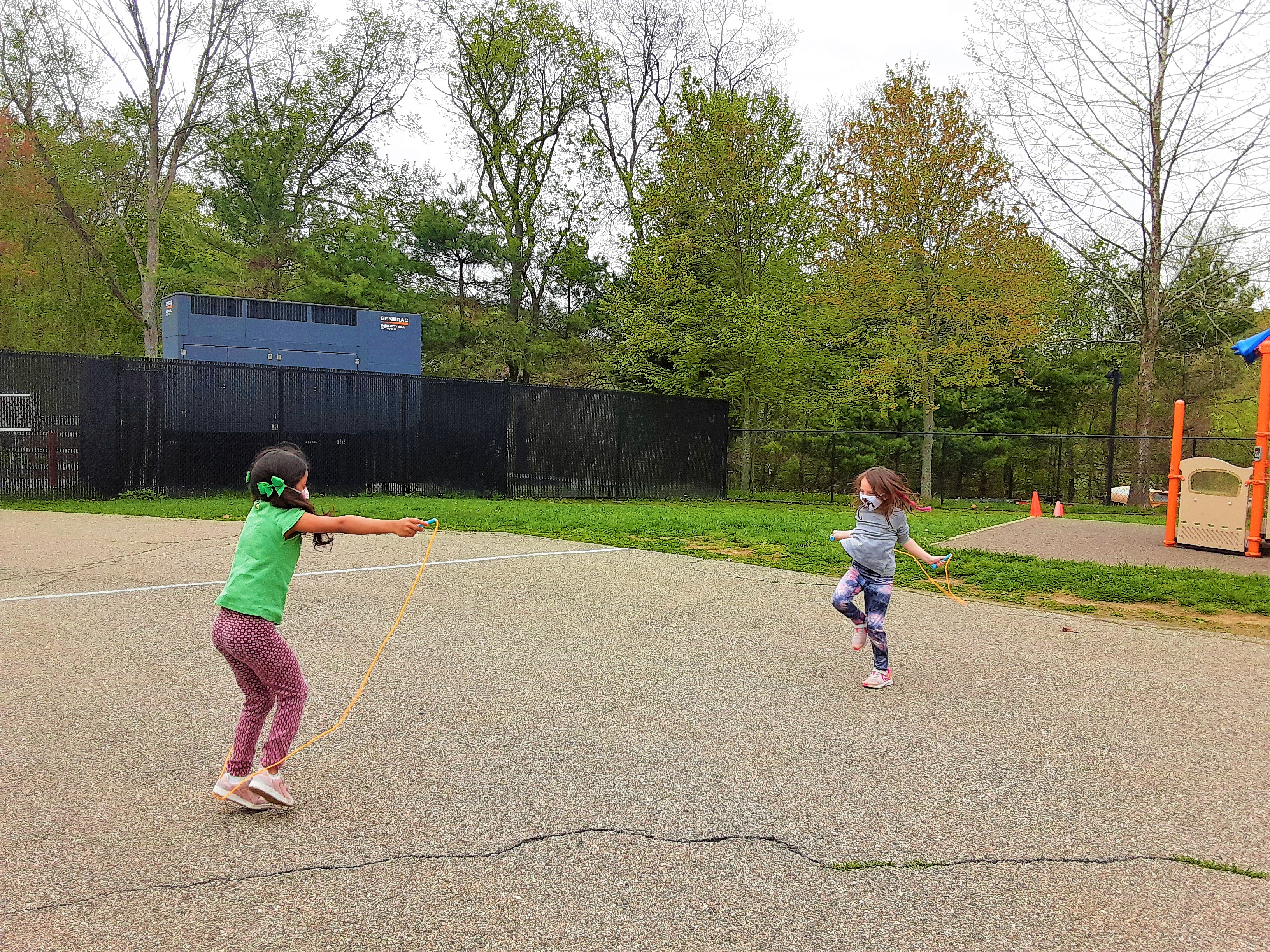 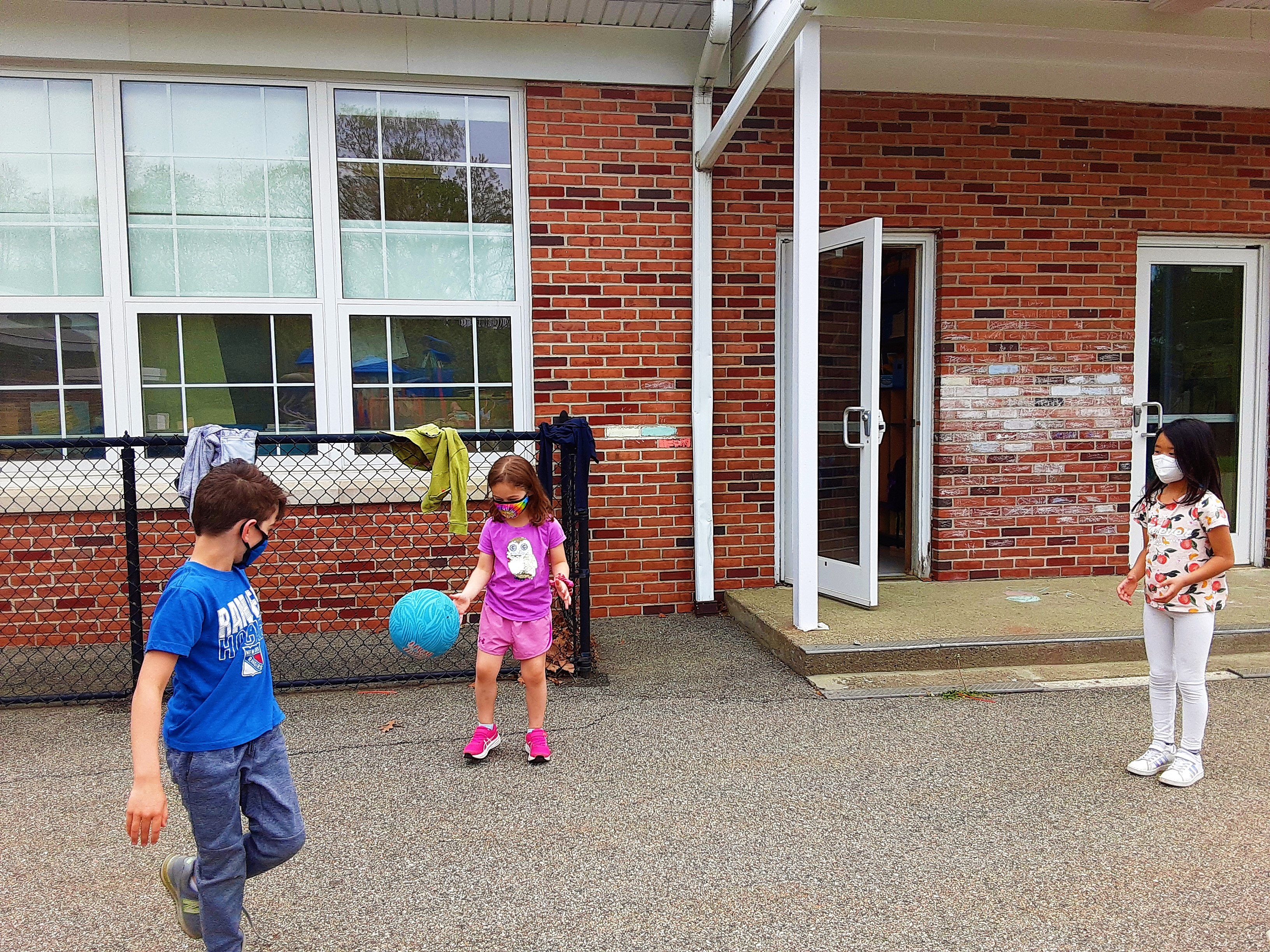 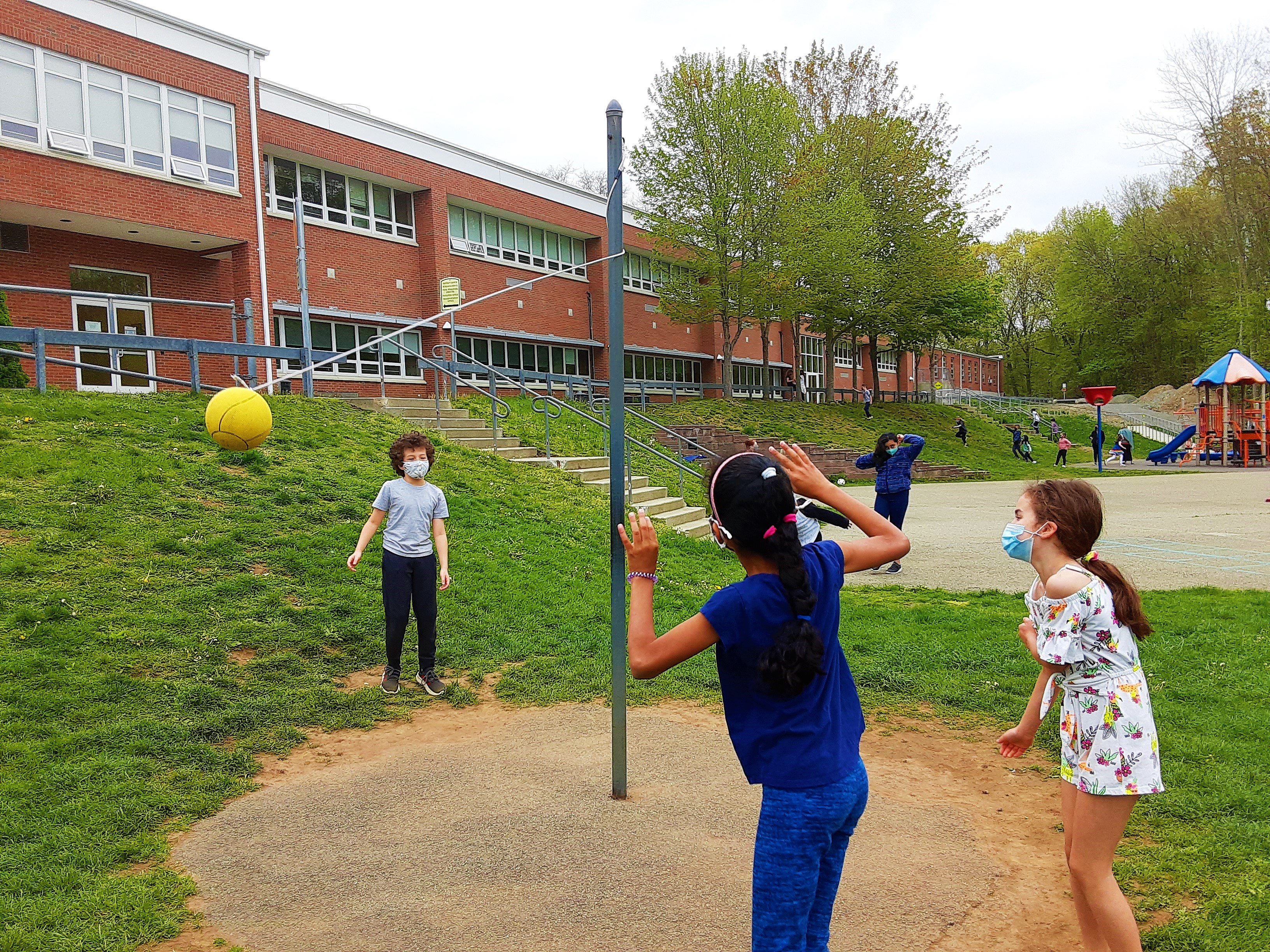 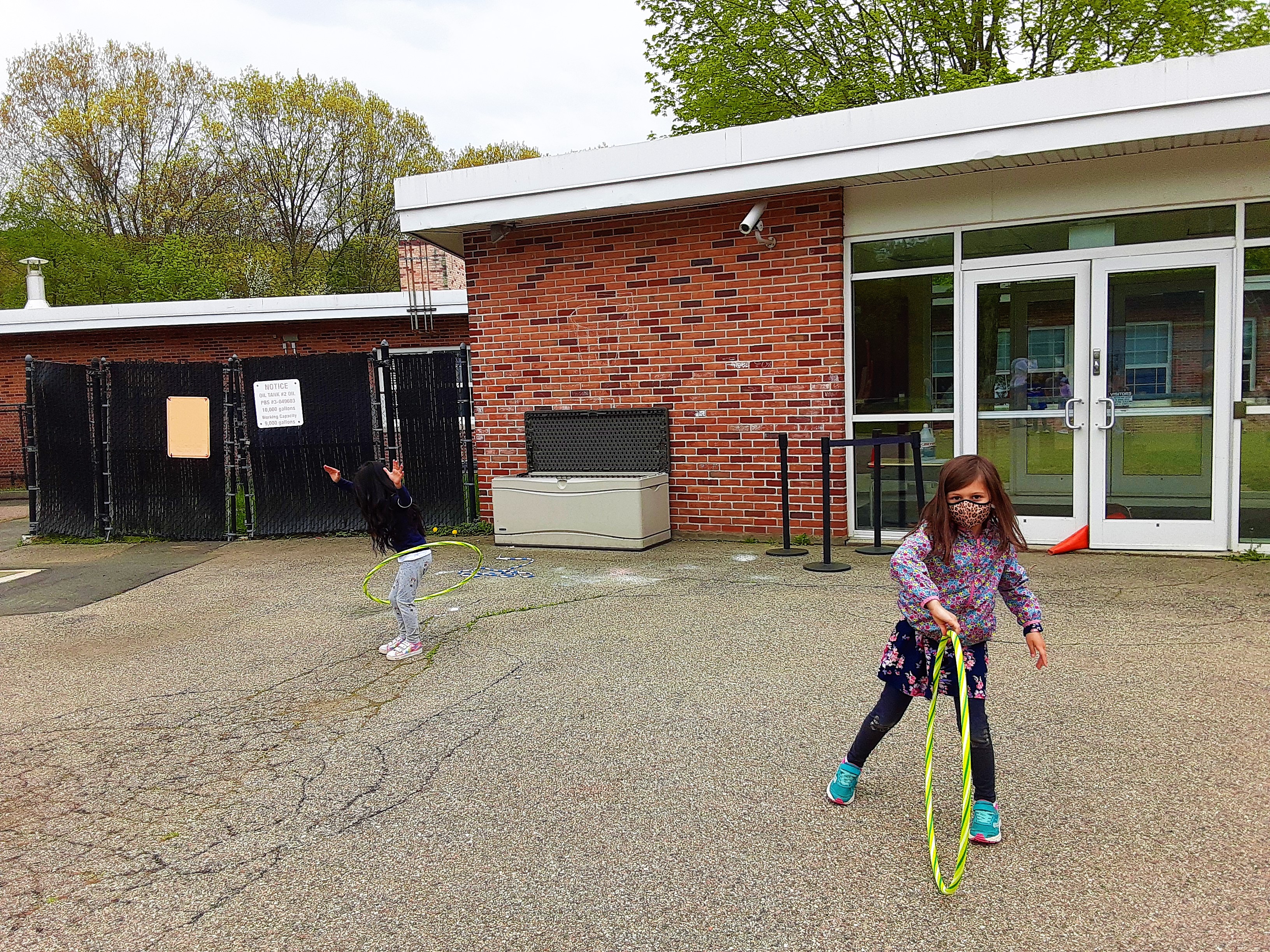 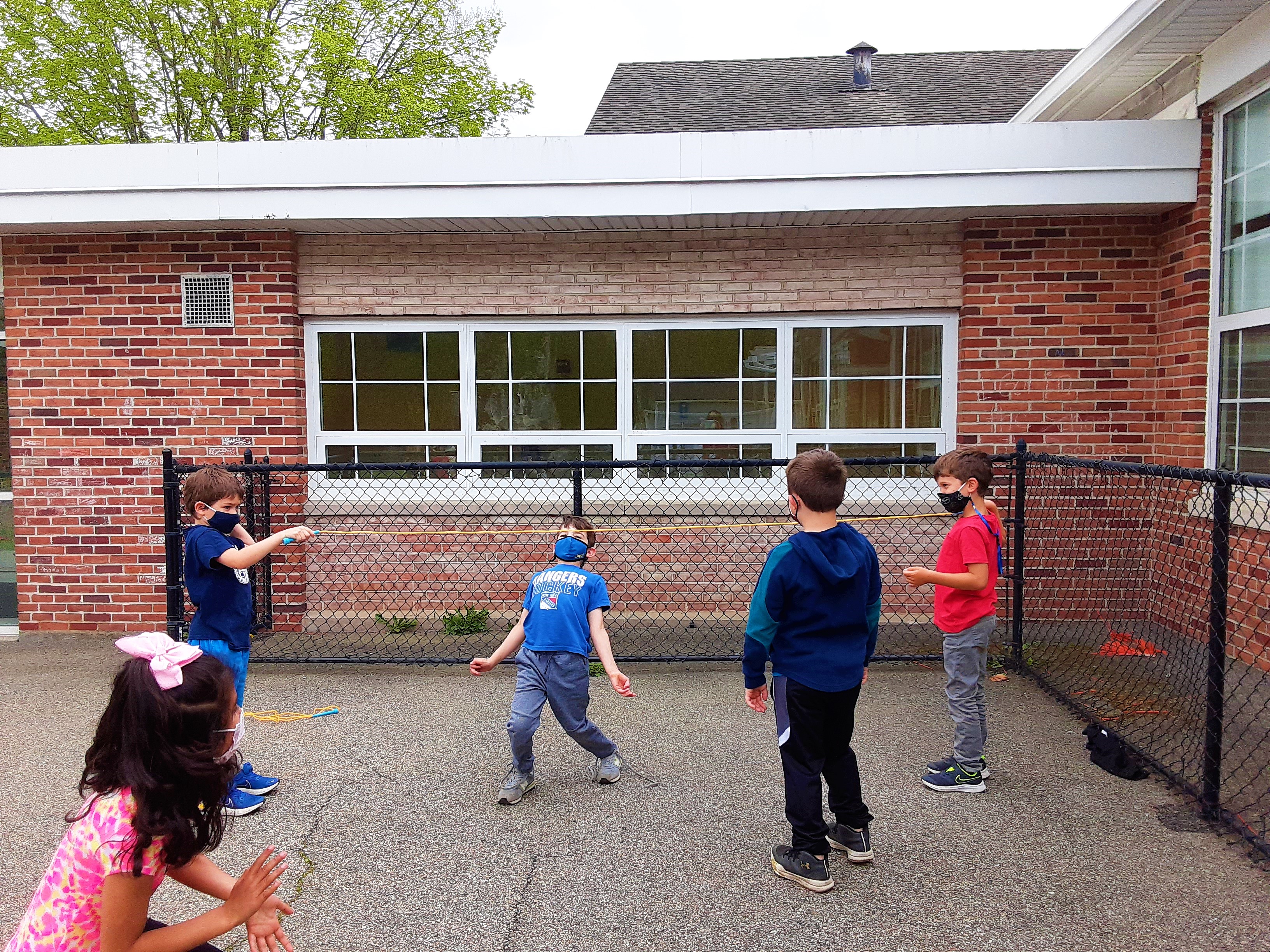