Physical Education lessons can be challenging to plan during a pandemic, considering all the restrictions and various guidelines that must be followed. Todd Physical Education Teacher Robert Higle uses a variety of sources when coming up with engaging ideas to get students motivated and active.

“I have to figure out what works for each grade level and always come up with new ideas,” he said. “Teachers share ideas for activities through the Physical Education community. There are Facebook pages and I also speak to other teachers and friends who work in other districts to see what they are doing. I can take those ideas and put my own spin on them,” he added. 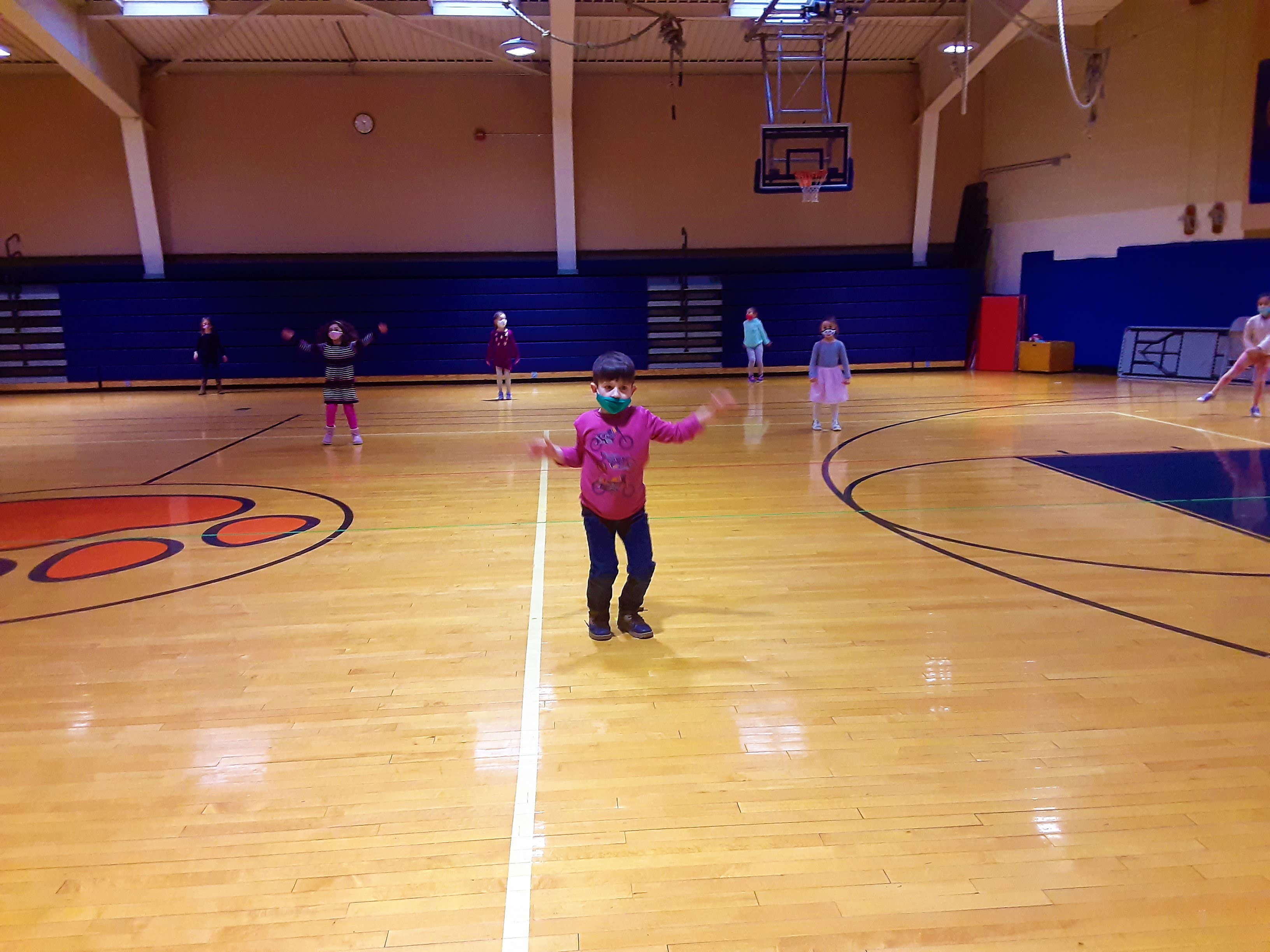 In yesterday’s physical education class, kindergartners in Alyson Tully’s and Deborah Wohlberg’s class played a game called “Would You Rather?” Before the game, the group was divided, as one cohort was in the front of the gym while the other was in the back. They began with warm-up exercises, doing squats, jumping jacks and switcheroos. Between exercises they rested for a few seconds on the floor in what Mr. Higle called “naptime”. 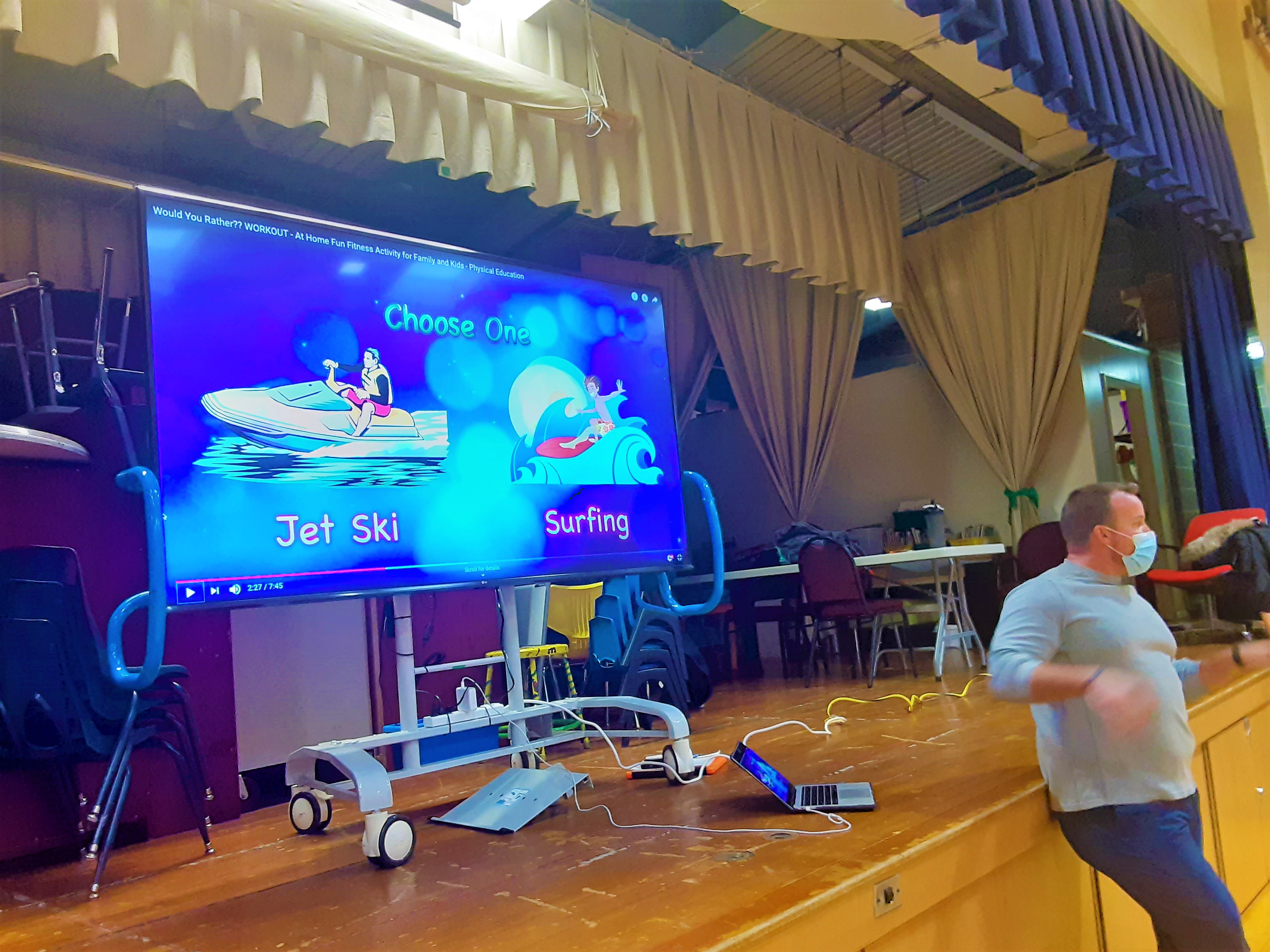 Next, they began the game, which was displayed on the large screen. In the game they had to choose between two things and then do a corresponding exercise for a specific number of seconds. For example, they had to choose if they would rather be a gorilla or a tiger, do homework or do chores, surf or do jet ski, and eat fruits or vegetables. Instead of shouting out their choices, they simply did the exercise that corresponded to their choice for the allotted time, while Mr. Higle had to guess which item they chose. 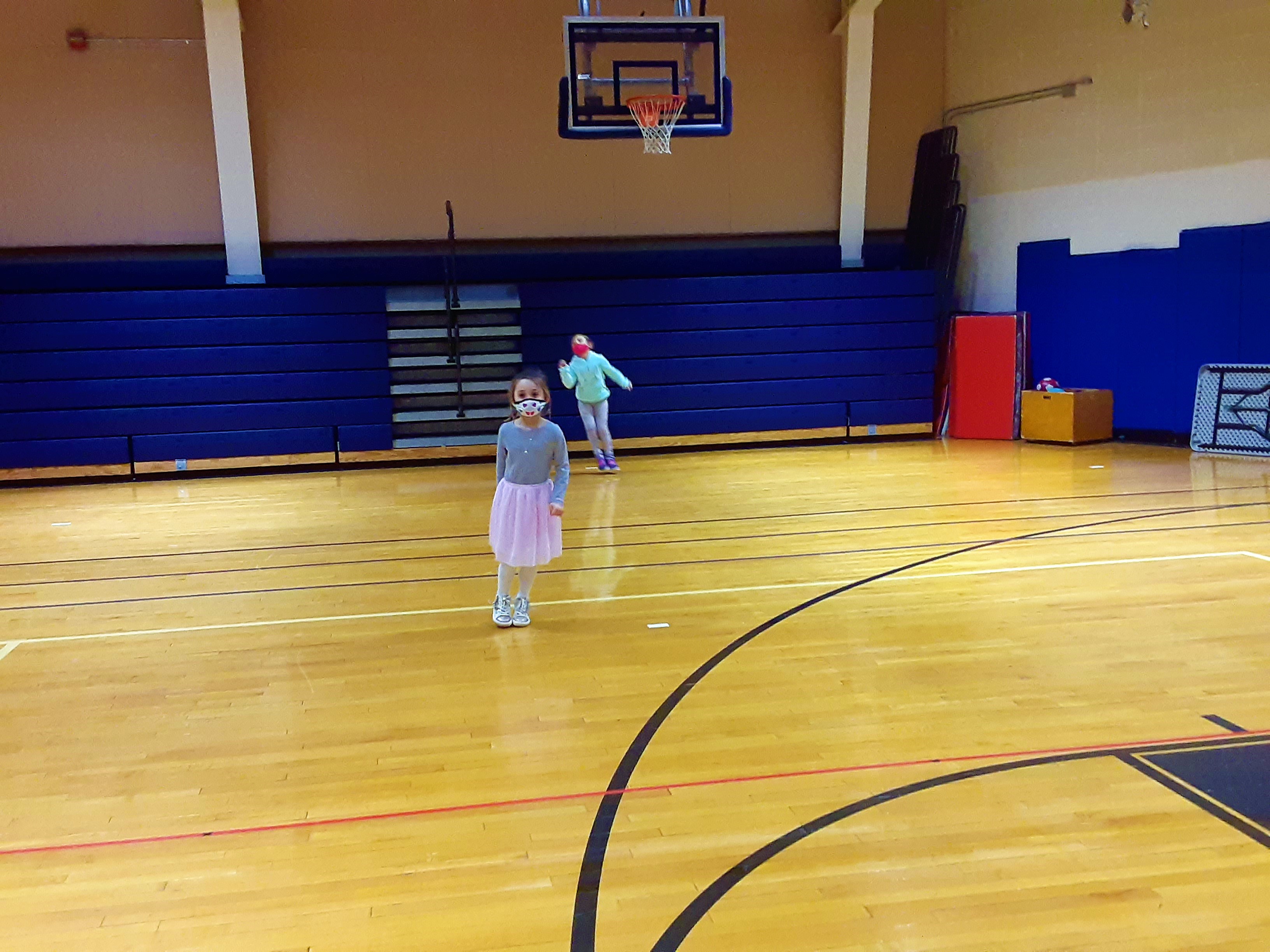 “I like to speak to the students and make personal connections,” he said, as he walked around the room, interacting with the students. 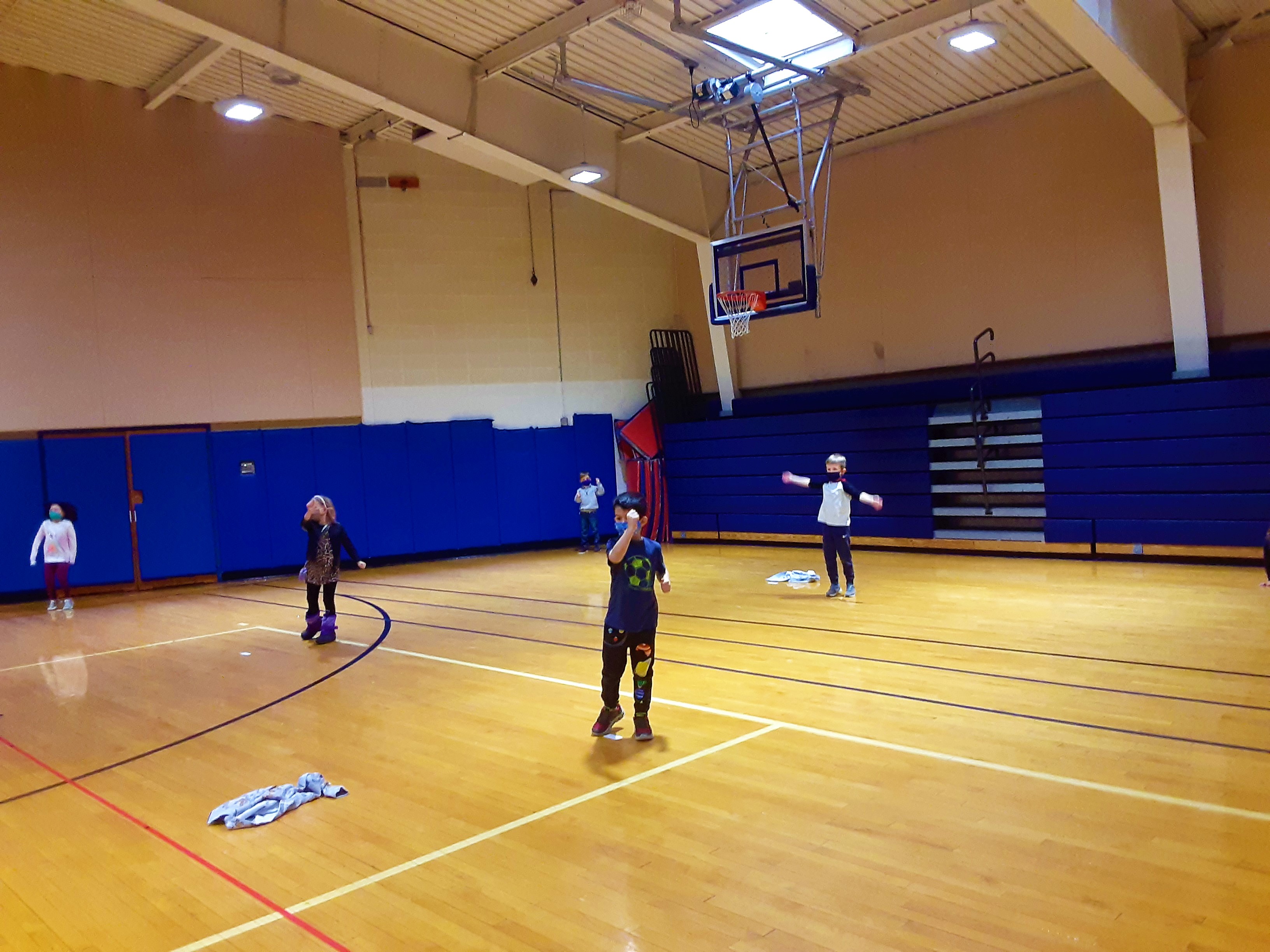 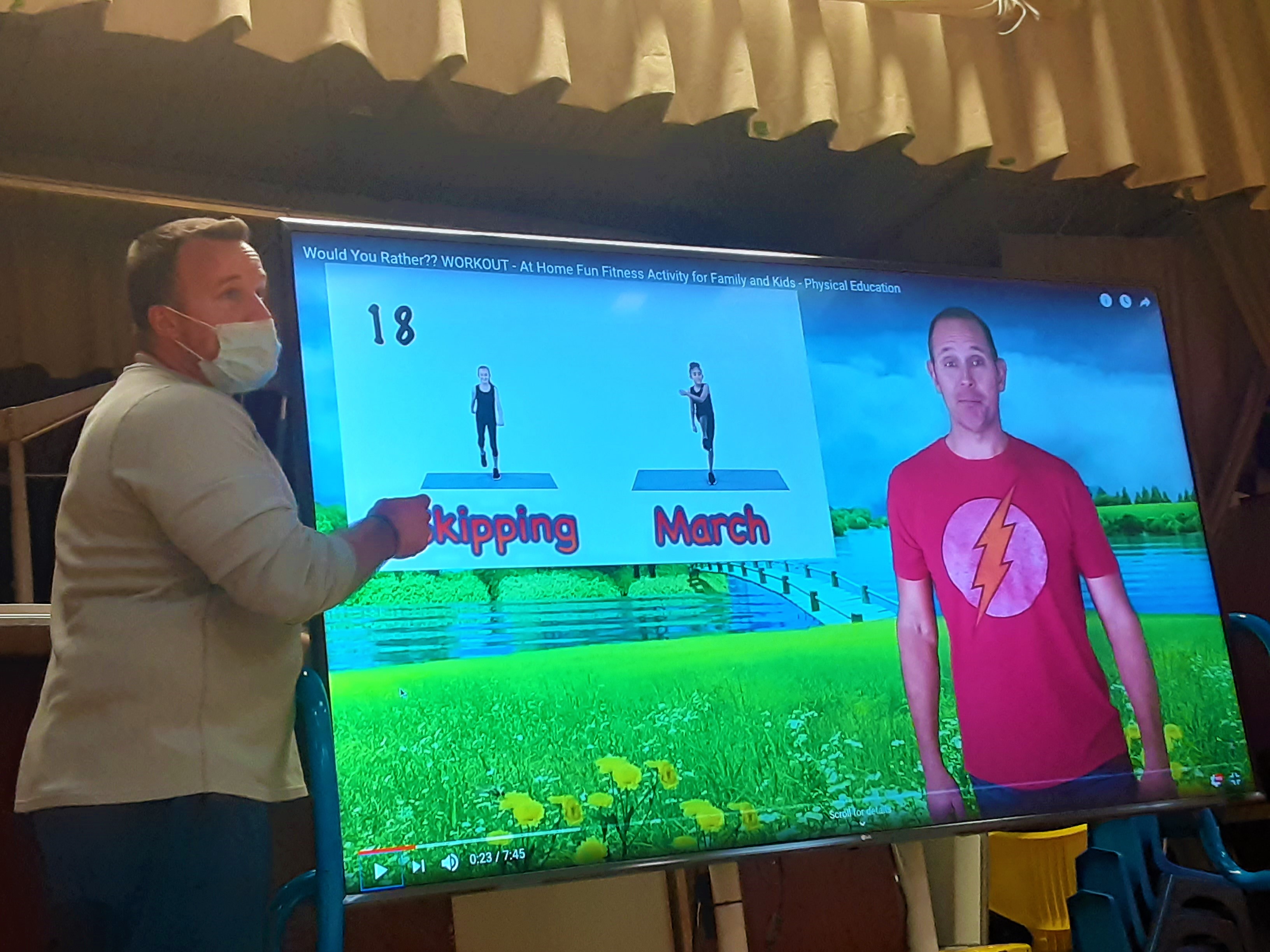 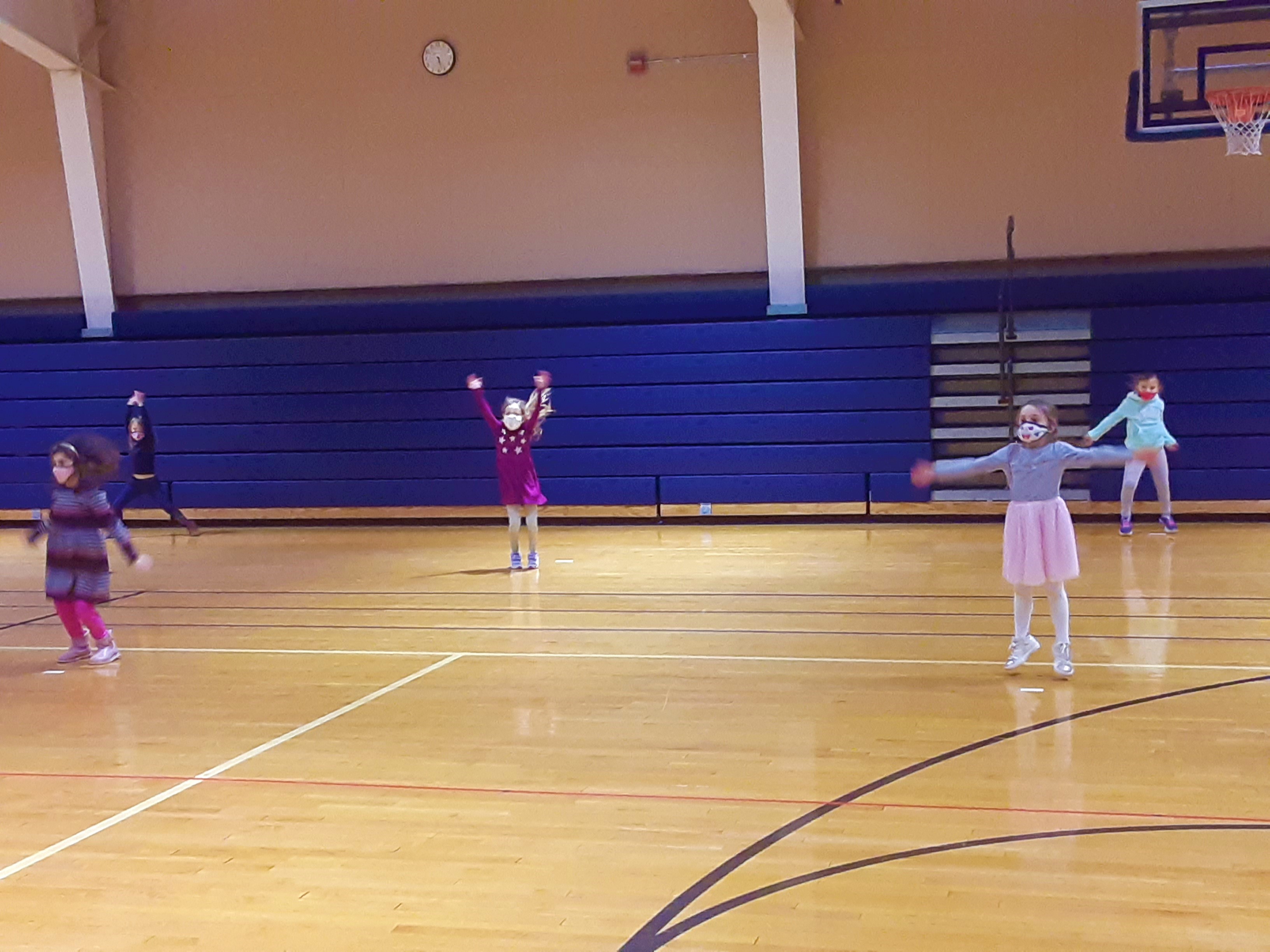