One of Todd Elementary’s Oldest Traditions is Back! 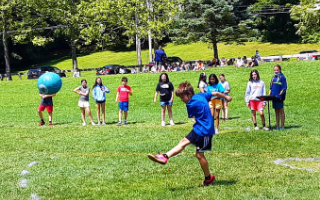 Masks are off, kickball is back and smiles on students’ faces are everywhere!

This week, fifth graders in Lori Fraternale and Suzanne Mauriello’s classes had a blast playing one of Todd’s favorite games and oldest traditions on the grassy field.

“The students are so excited to be out here and playing,” said physical education teacher James Tranchida. “As soon as we explained the rules and said to them “go play” they took off like in a stampede. They have not been able to play these types of games this year this because those games involve touching the ball and passing it around,” he explained. 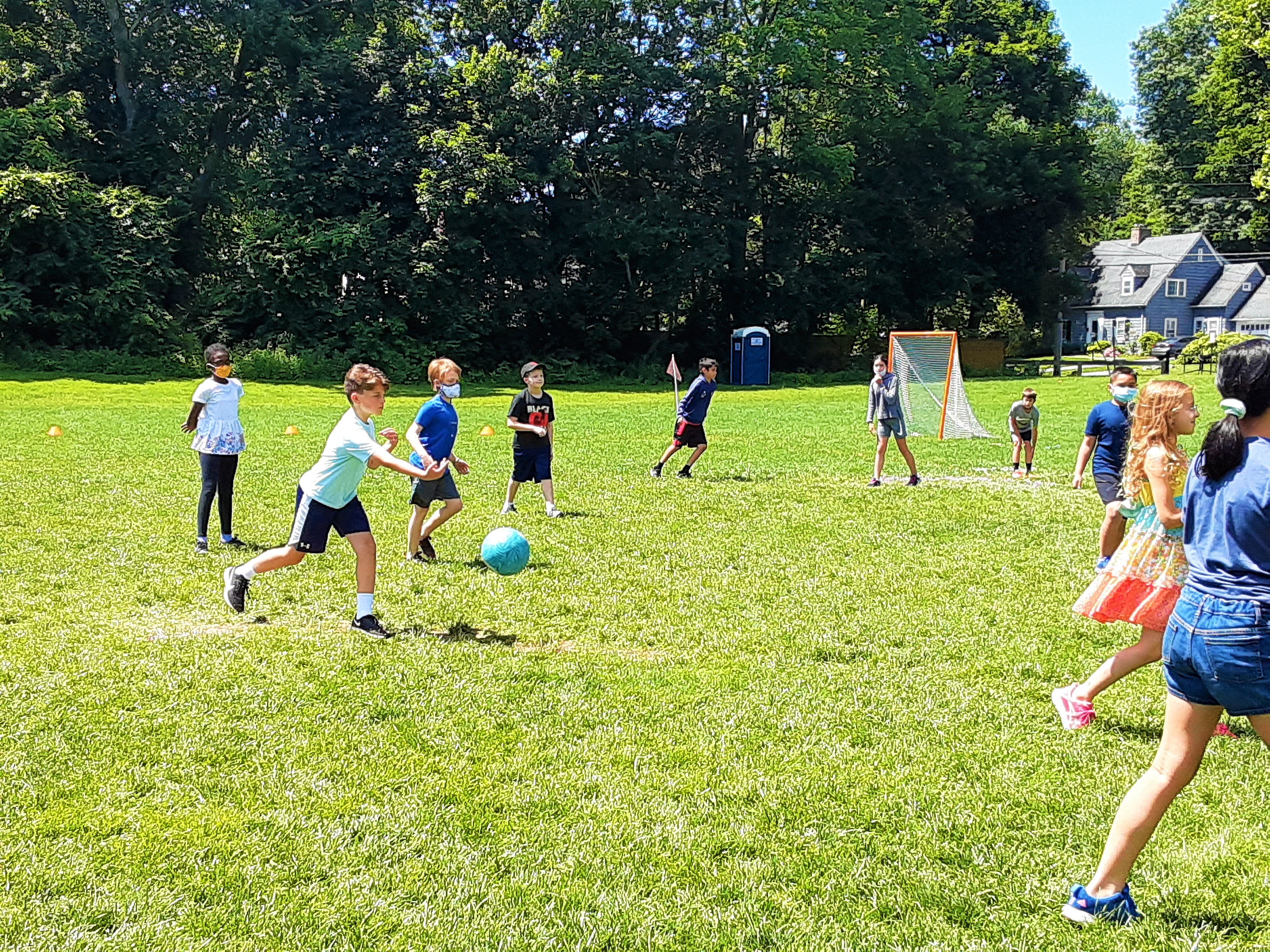 In order to allow kickball, social distancing rules still had to be in place.

“We have outlined the rules very clearly: students can choose to keep their masks on or take them off, but if they have difficulty social distancing, they will be required to put them back on until they demonstrate better understanding of the rules,” Mr. Tranchida said. “After the game they will all use the hand sanitizer that we provided,” he added. 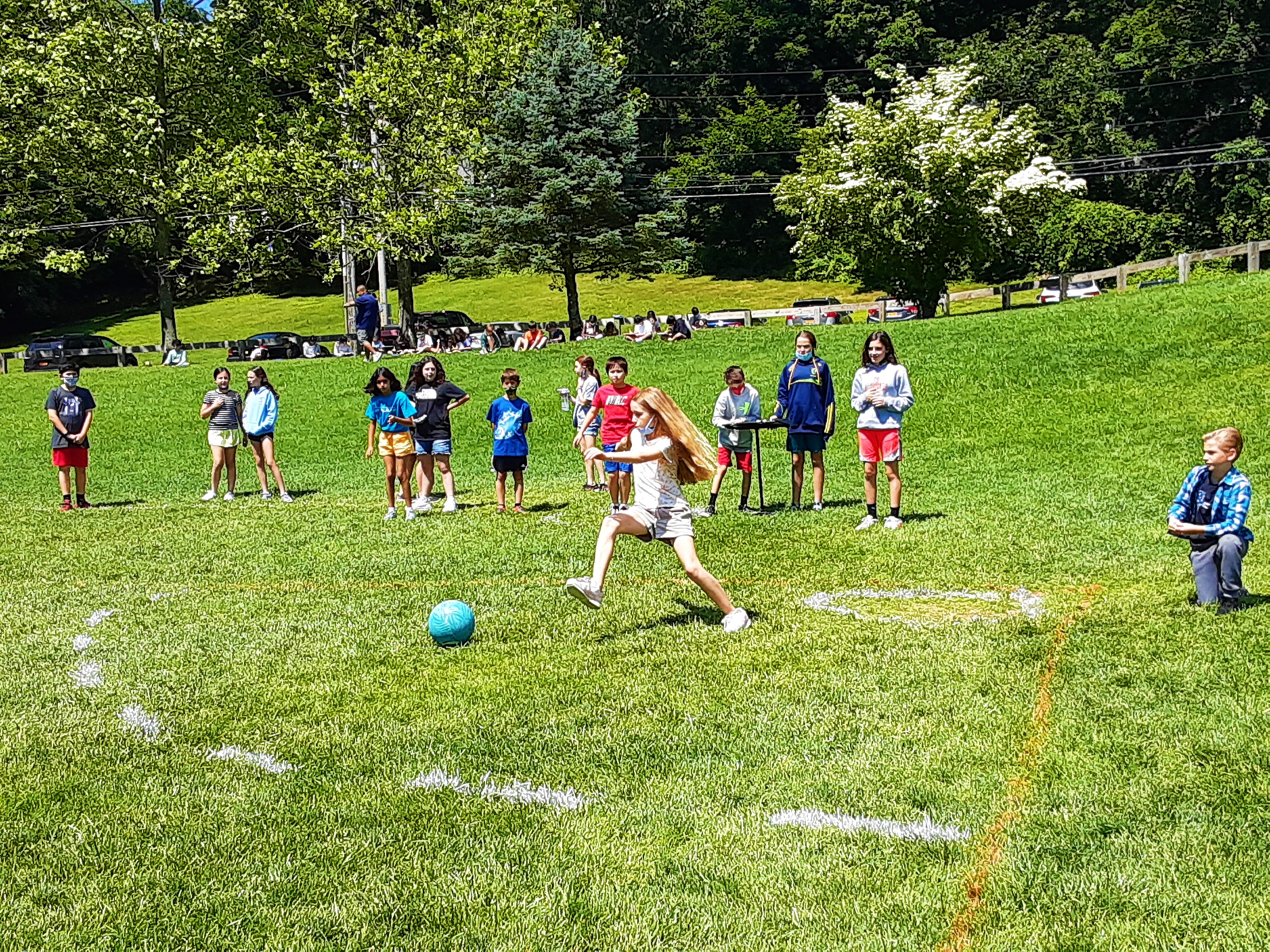 Kickball is similar to baseball, but instead of hitting a ball with a bat, players kick the ball and try to run to the four bases. If someone tags them with a ball, they get taken out, so although sharing equipment was not allowed for most of the school year, the students are now allowed to touch the ball and play the game they love so much.

Orlaith, a student in Ms. Fraternale’s class was standing on the sideline, holding a piece of paper with students’ names on it. She was responsible for calling out the names of those whose turn it was to kick the ball. “My favorite part of the game is kicking the ball,” she said. “I’m happy we are able to play, I waited all year for this.”

Mr. Tranchida enjoyed watching the students smile and cheer each other on when they took out a player.

“They are so happy to be on the field. It’s just fantastic to let them be kids,” he said. 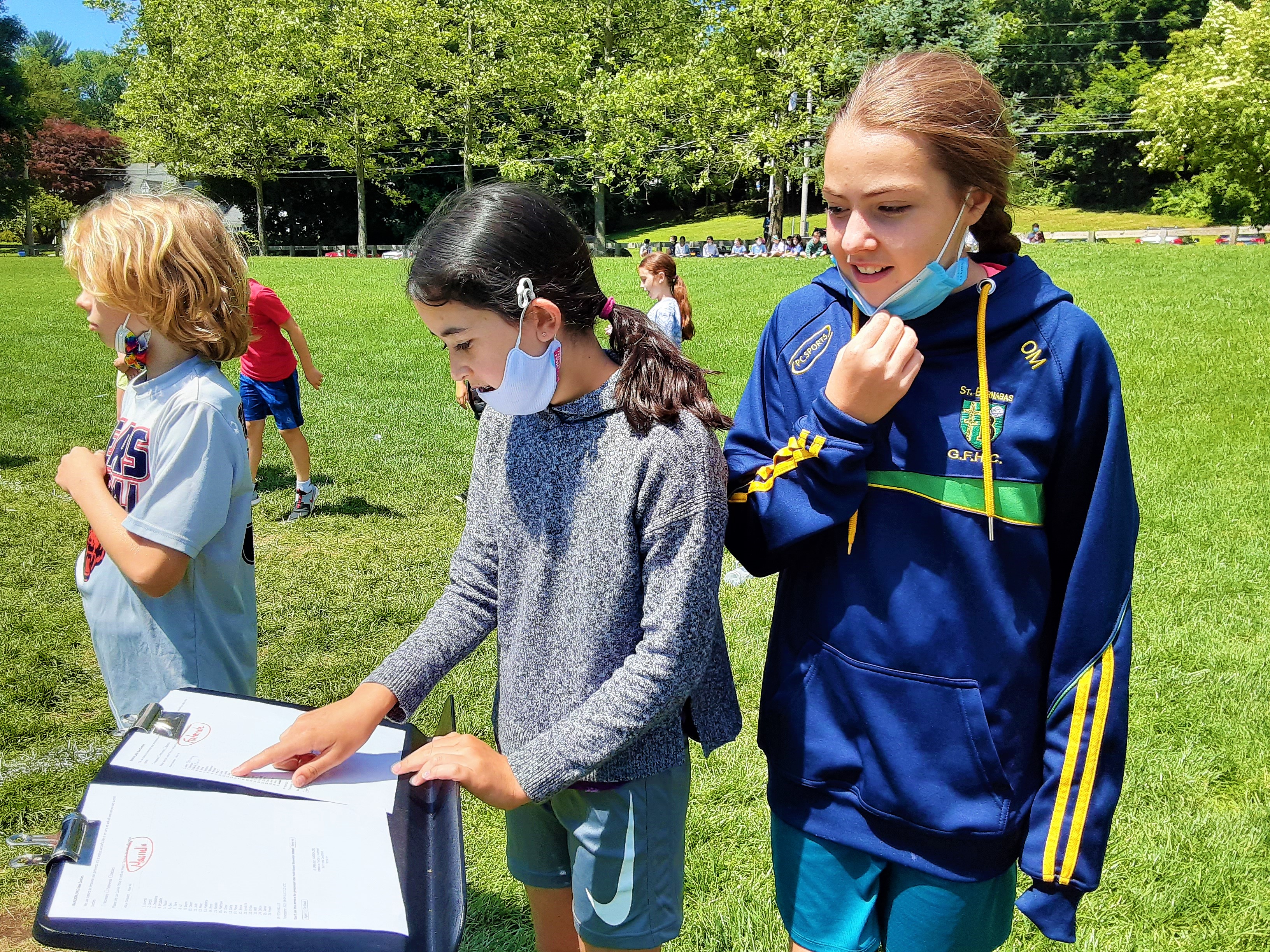 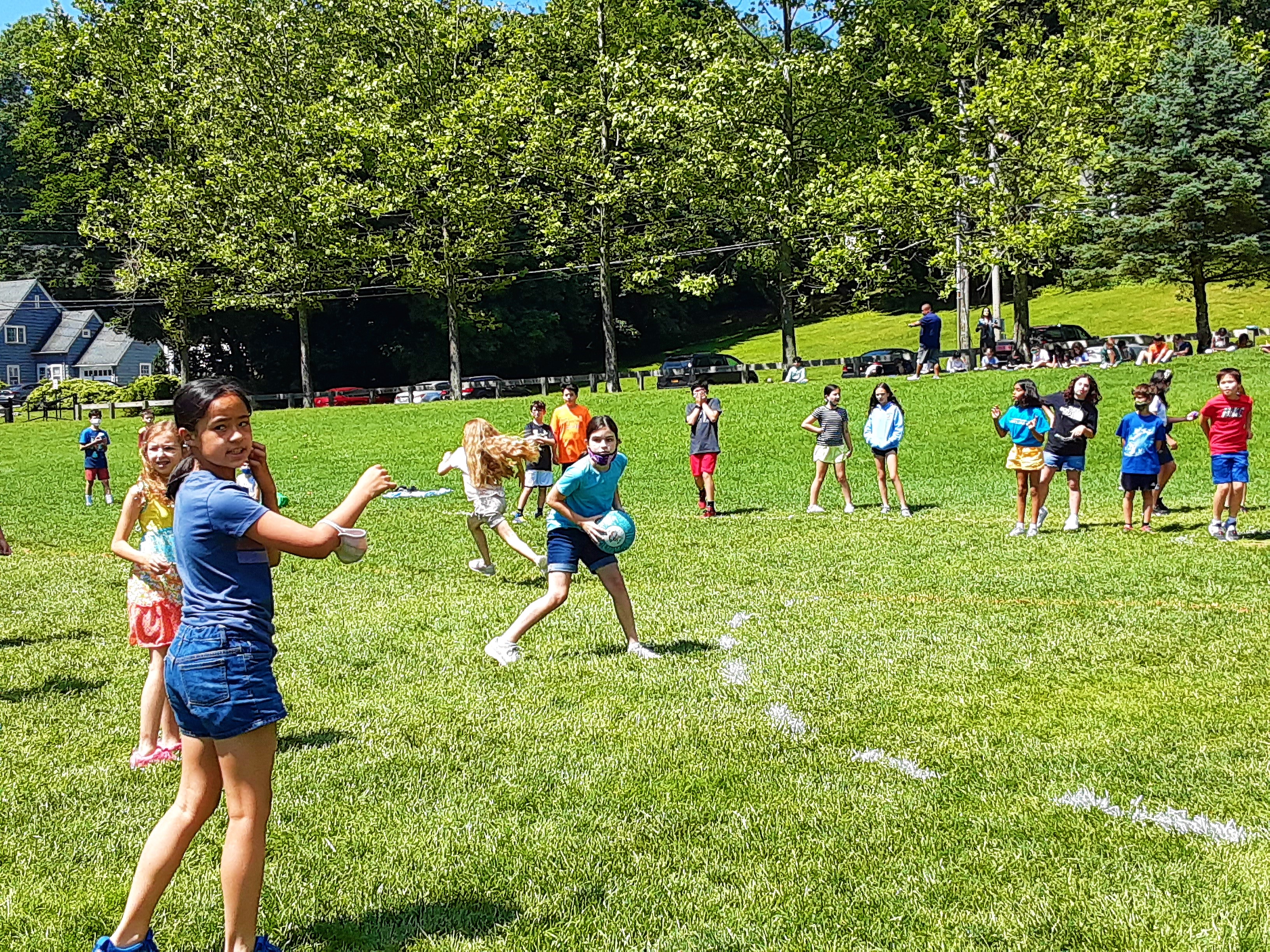 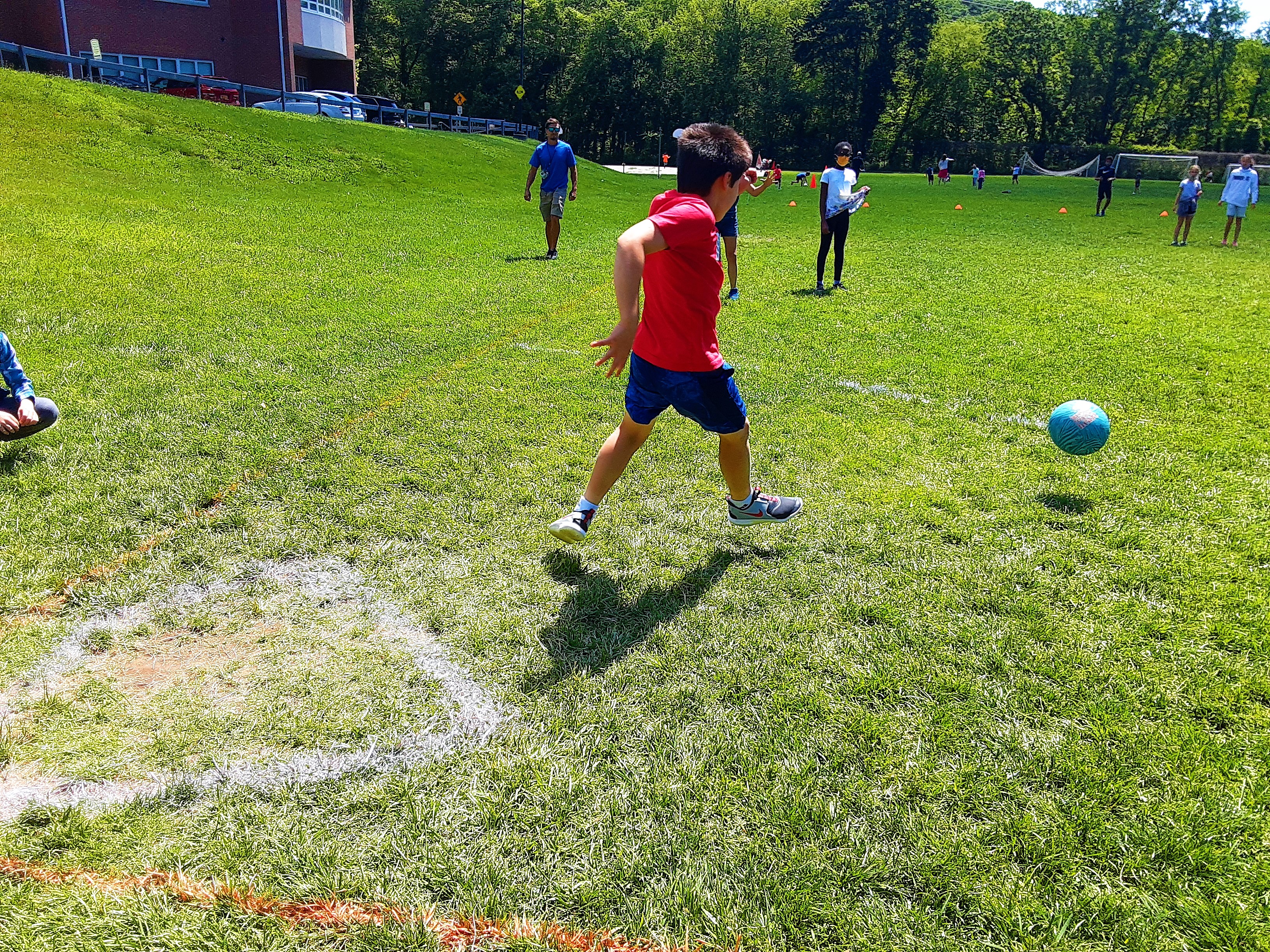