Kindergartners Learn How to Make a Matisse-Inspired Collage 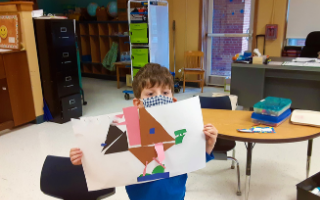 When the French artist Henri Matisse was 72 he underwent surgery for abdominal cancer, which left him dependent on using a wheelchair. No longer able to paint, he began creating collages out of cut paper and was one of the pioneers in using cut paper collage as an art form. Todd kindergartners in Bonnie Seligson’s class learned in art class with art teacher Paul Villanueva how to create a collage, based on Matisse’s style. 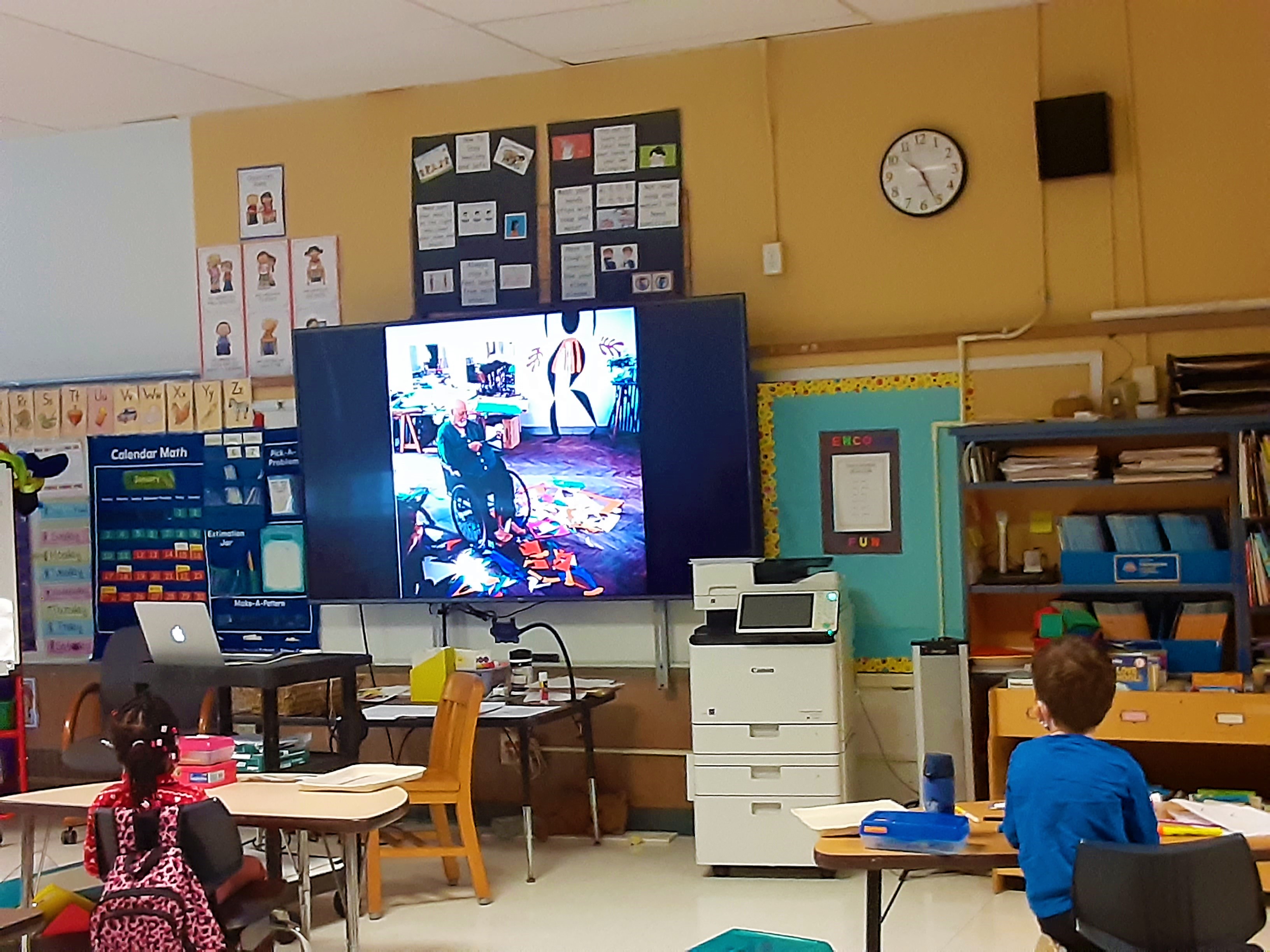 After watching a short video about Matisse’s life and art, which also included instructions on how to create a collage, the students began by cutting pieces of colored paper into shapes and gluing them on a large white poster. 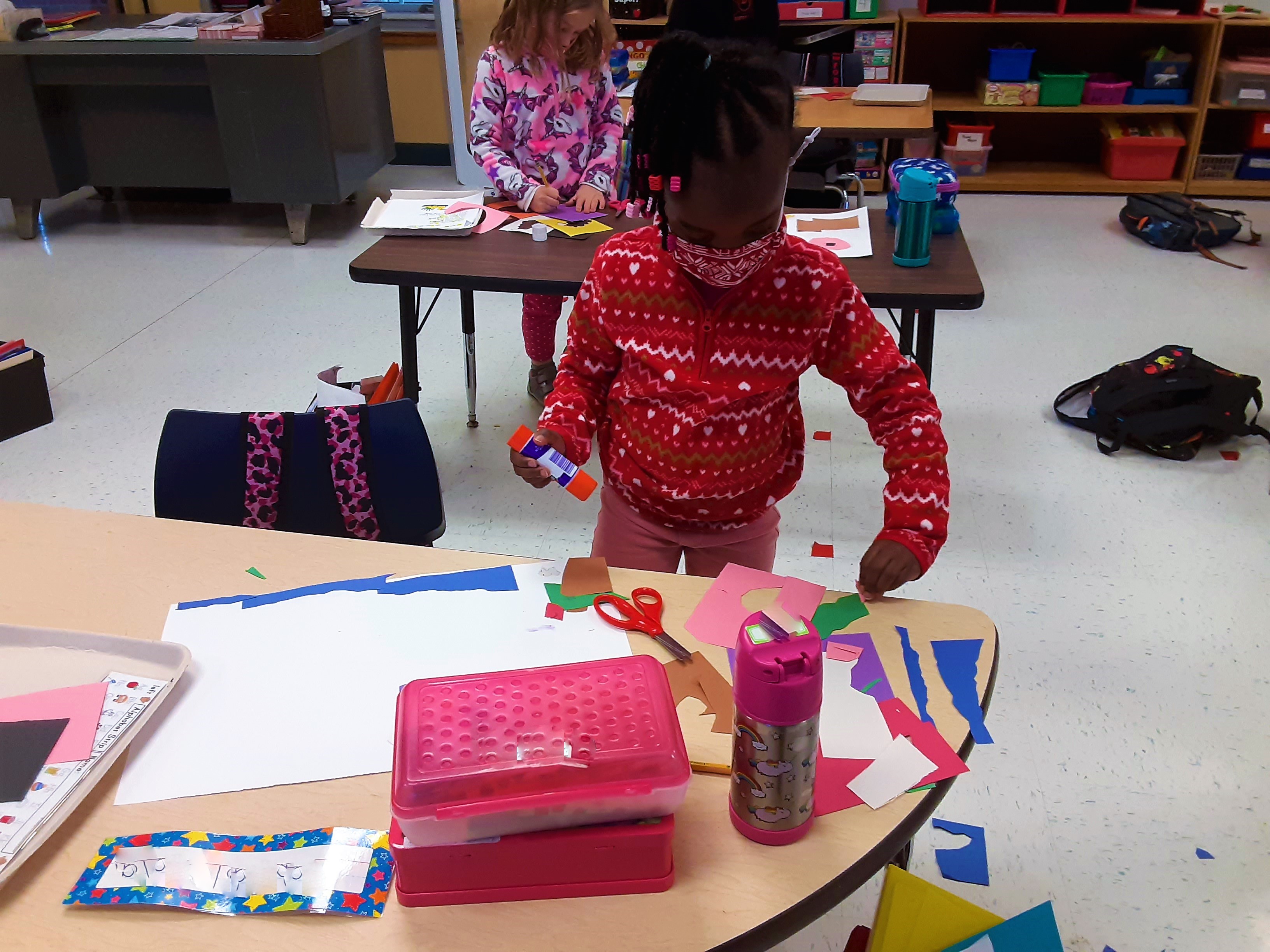 “You can either spread the shapes out on the paper, or overlap them,” said Mr. Villanueva, who also explained terms like ‘overlapping’ and ‘abstract’ that may be new to the students. 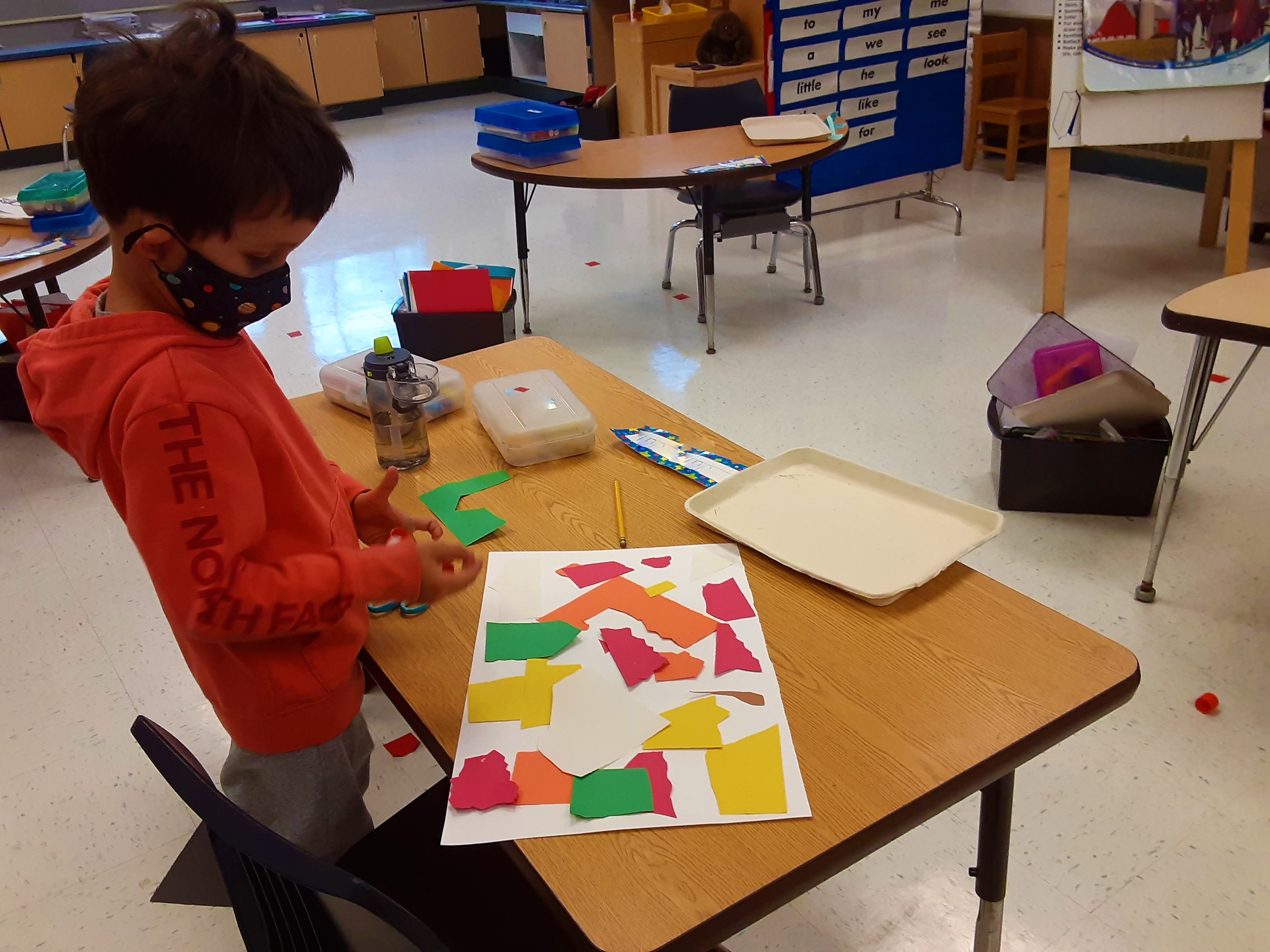 The students in the other cohort and at home were able to follow Mr. Villanueva’s instructions as he was creating his own collage in front of the camera. 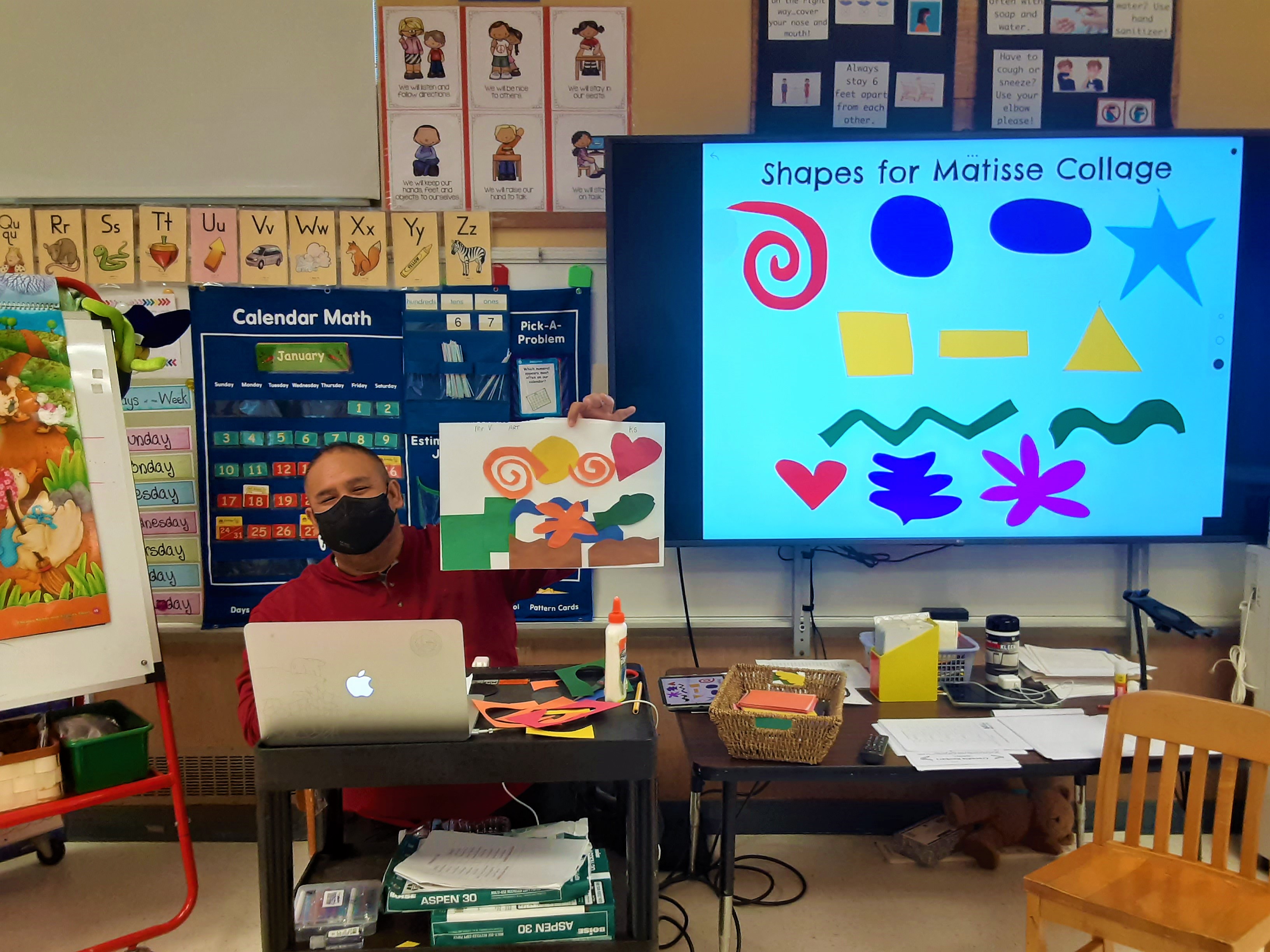 The students were able to get creative with the colors of the paper they selected, the shapes they chose to cut out and the way they glued their shapes on the paper. They created a variety of scenes, such as water scenes, using scraps of paper of all shapes and sizes. 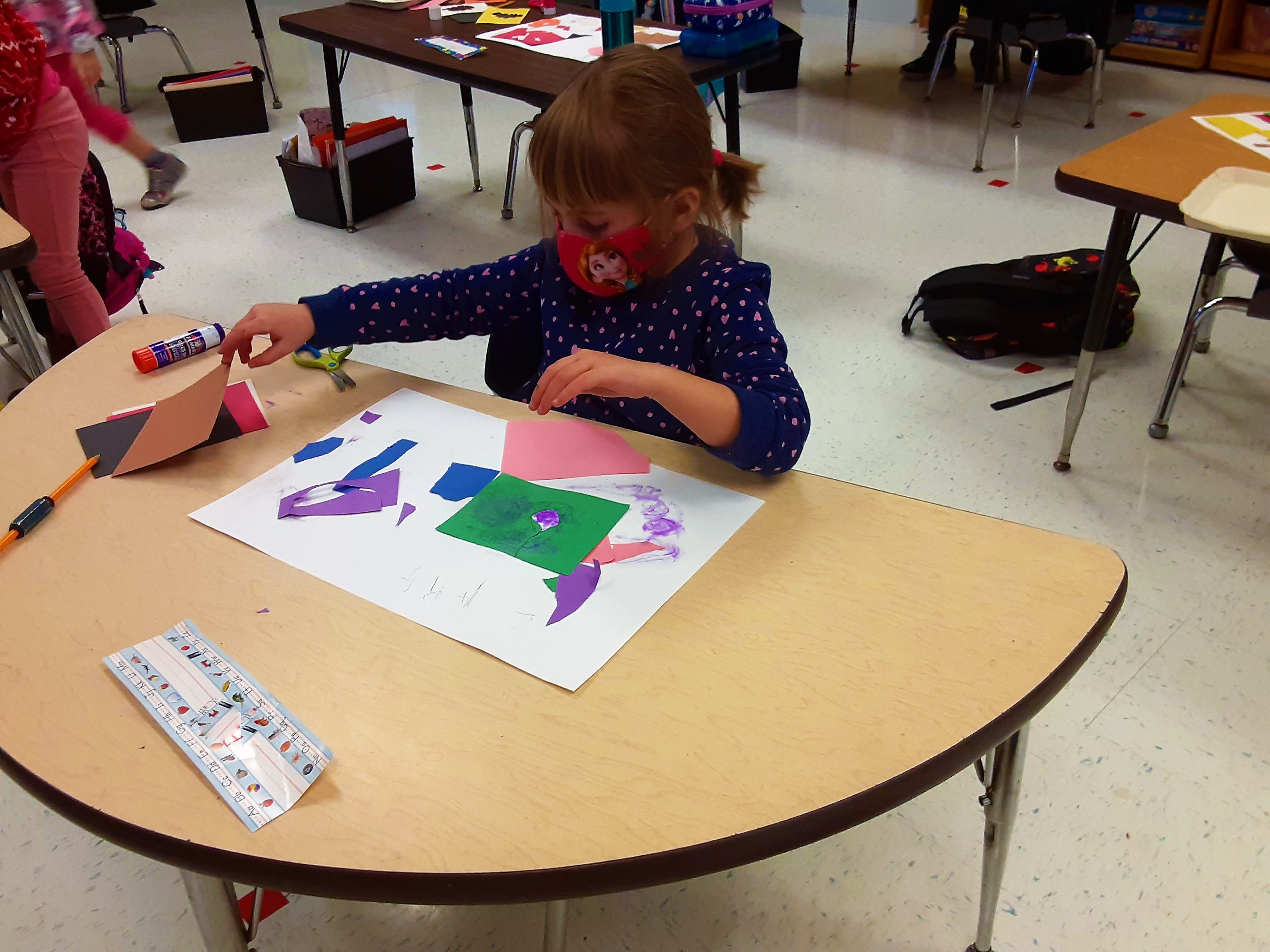 “I am hoping to create a display of the collages around the school, either in the hallways, or perhaps in a future art show,” Mr. Villanueva said. 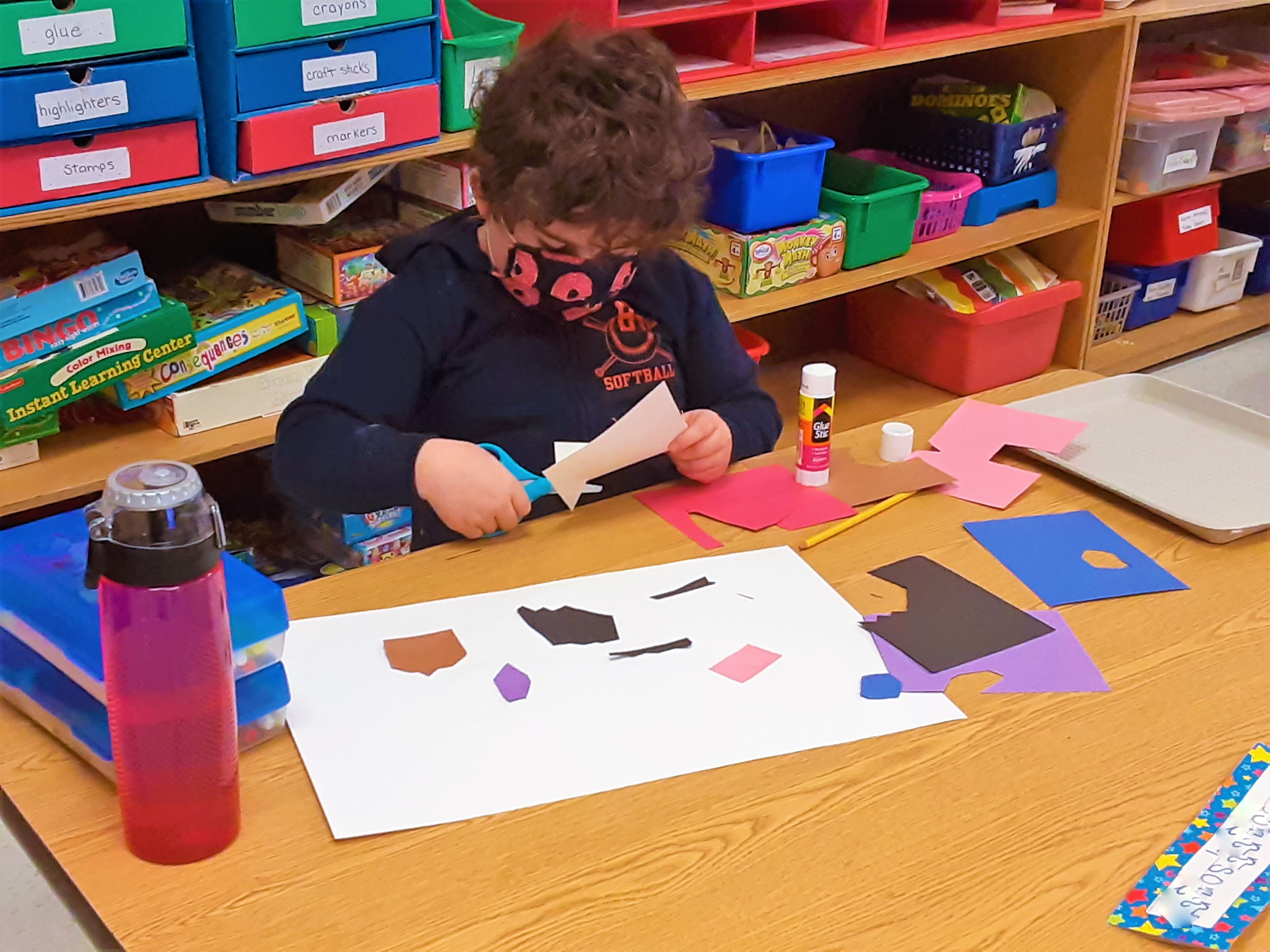 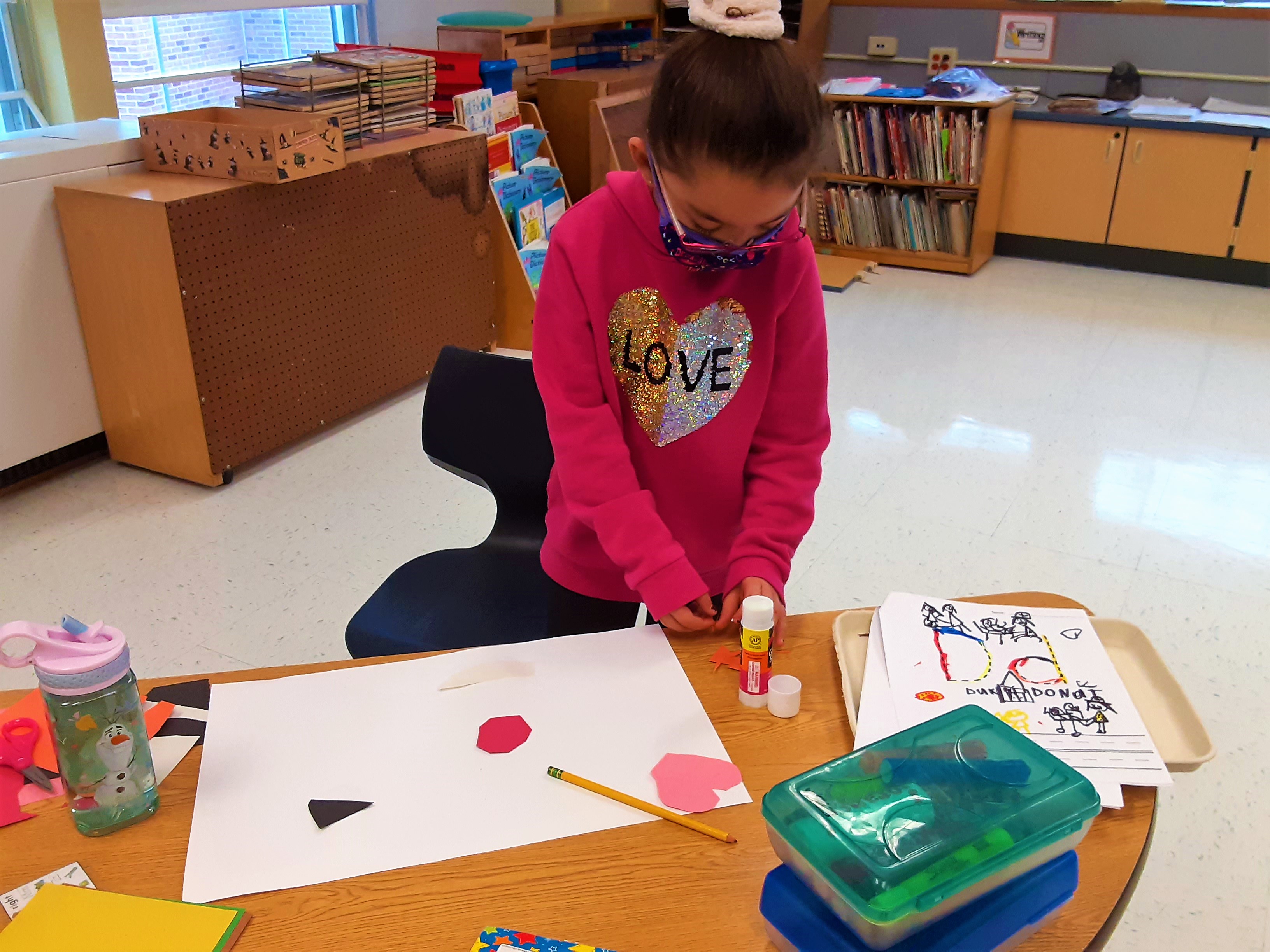 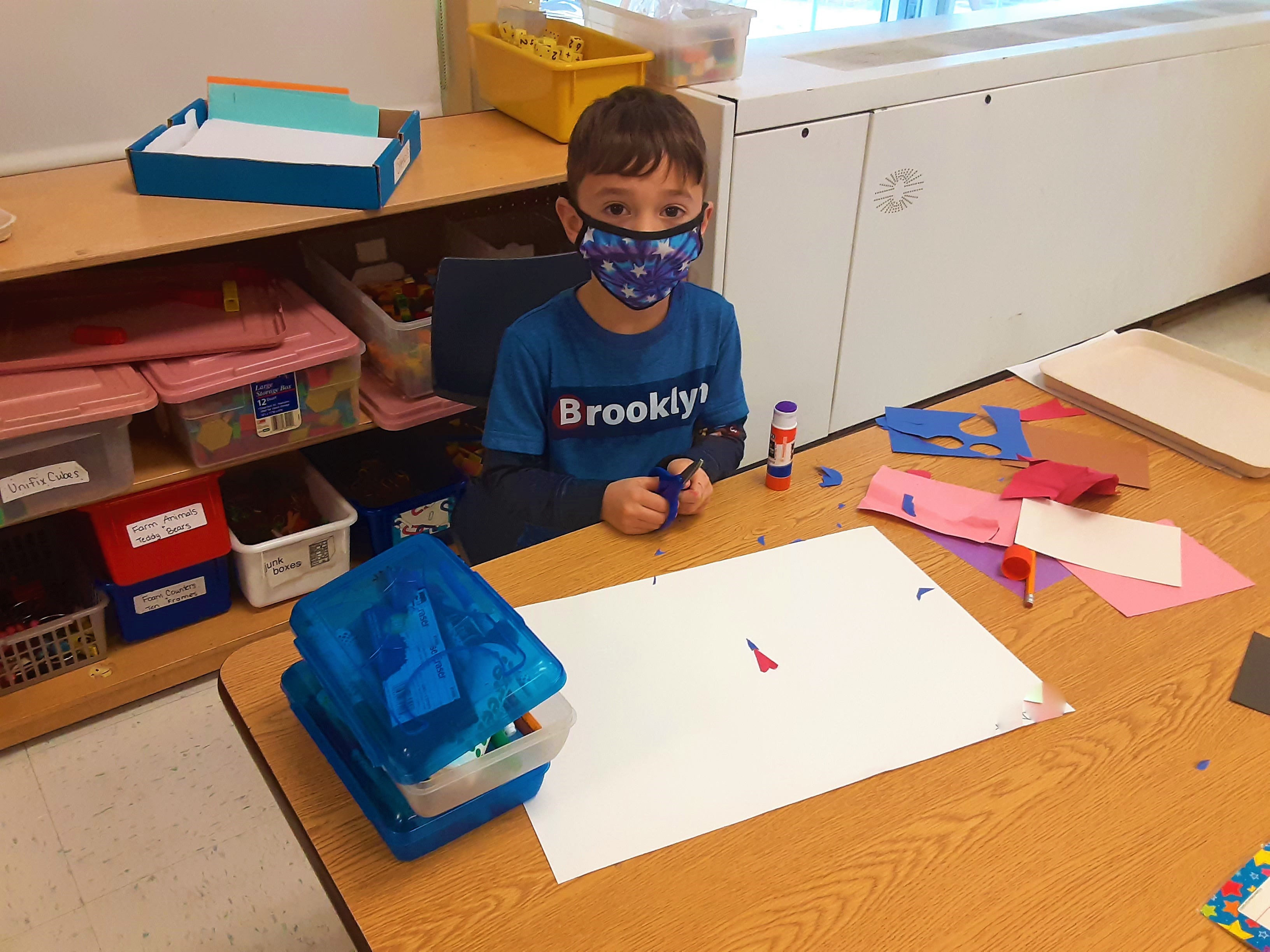 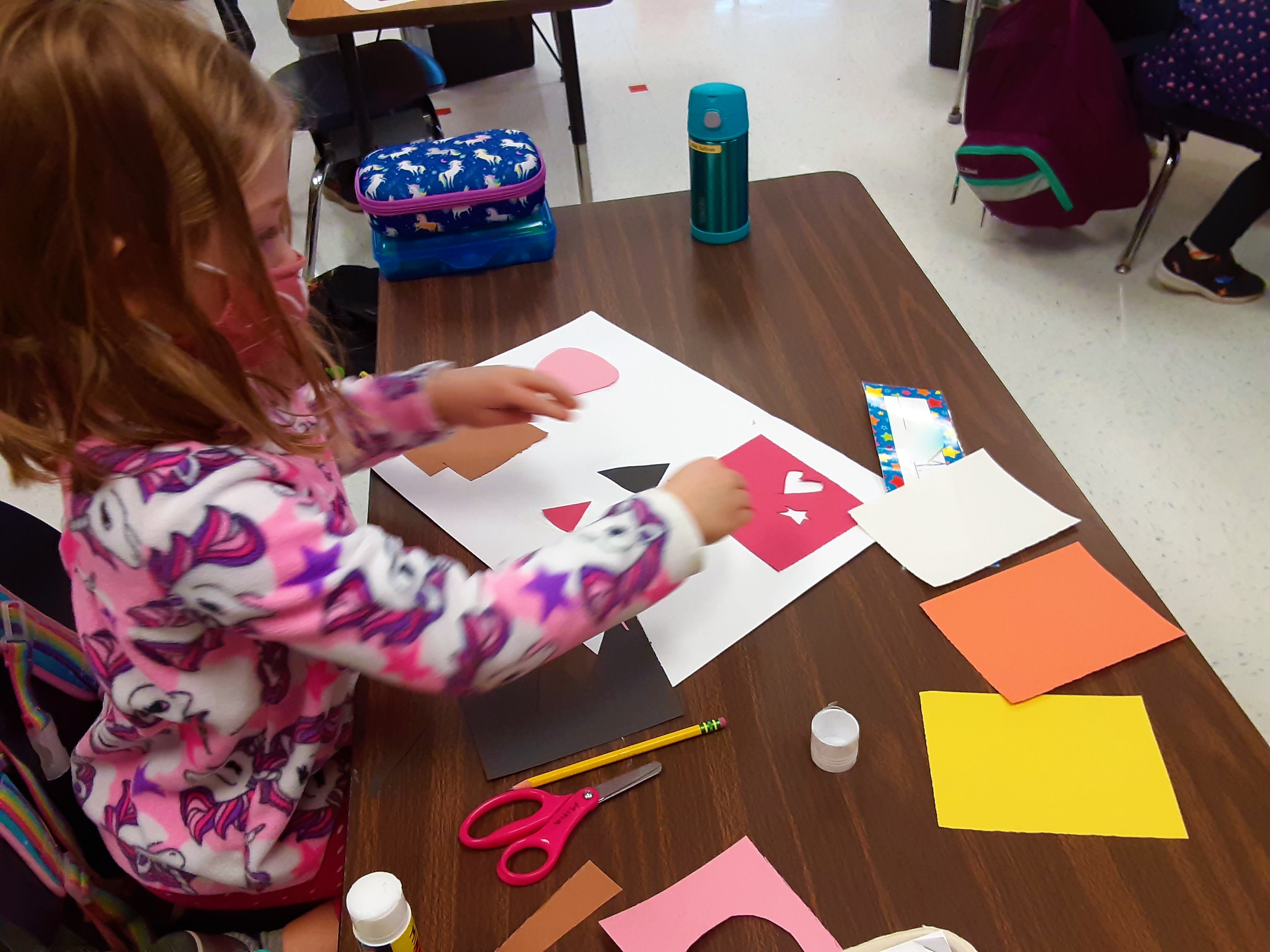 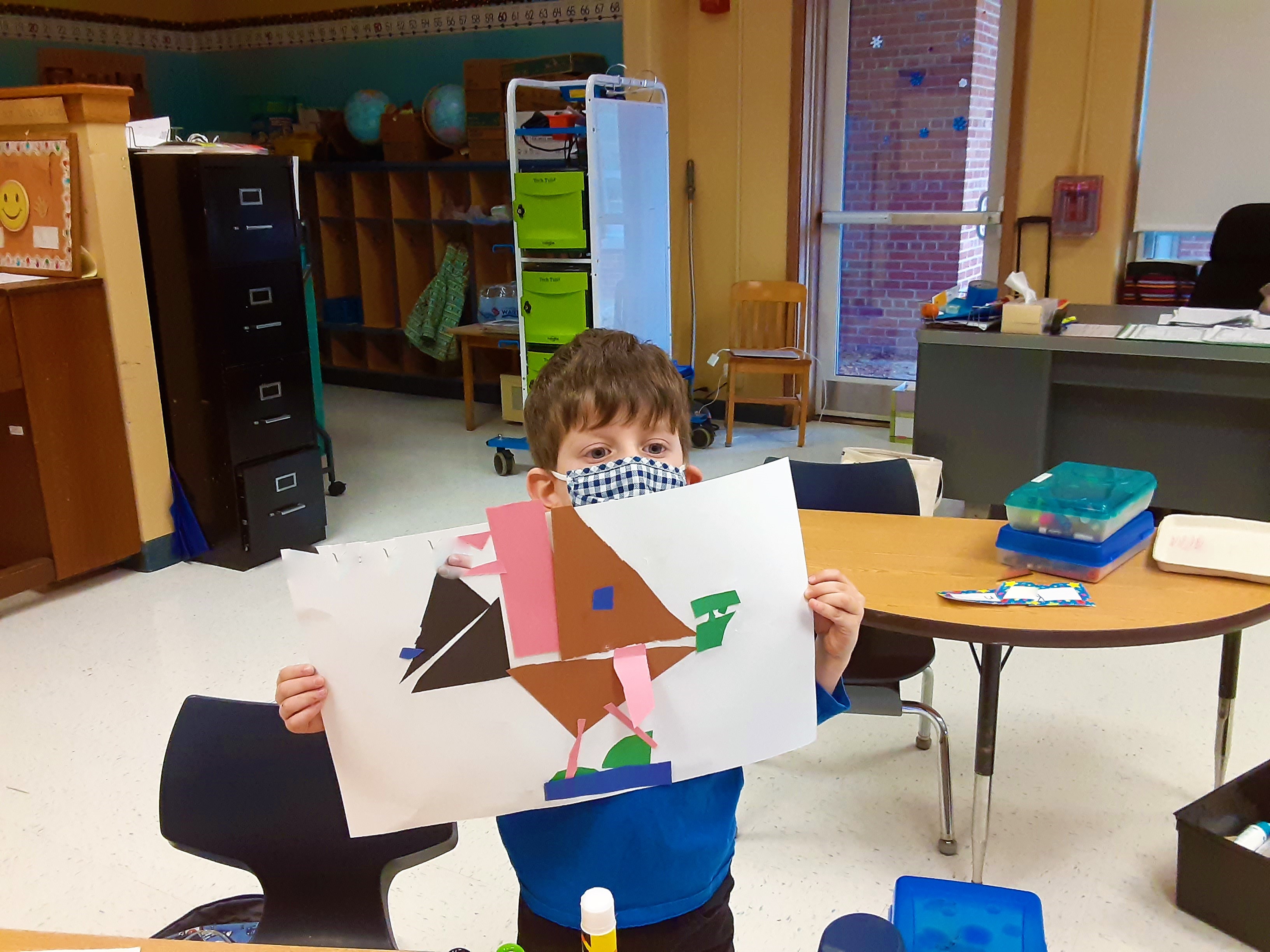