Kindergartners Are Learning the ABC’s of Writing 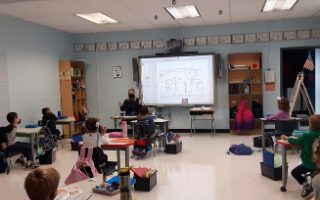 A journey of a thousand miles begins with the first step and in Leslie Newman’s kindergarten class at Todd Elementary, the students have been taking their first step as writers.

“They are learning the very basic elements of writing in a Teacher’s College workshop,” explained Ms. Newman. “Most of them are only at the beginning stages of writing words,” she added. 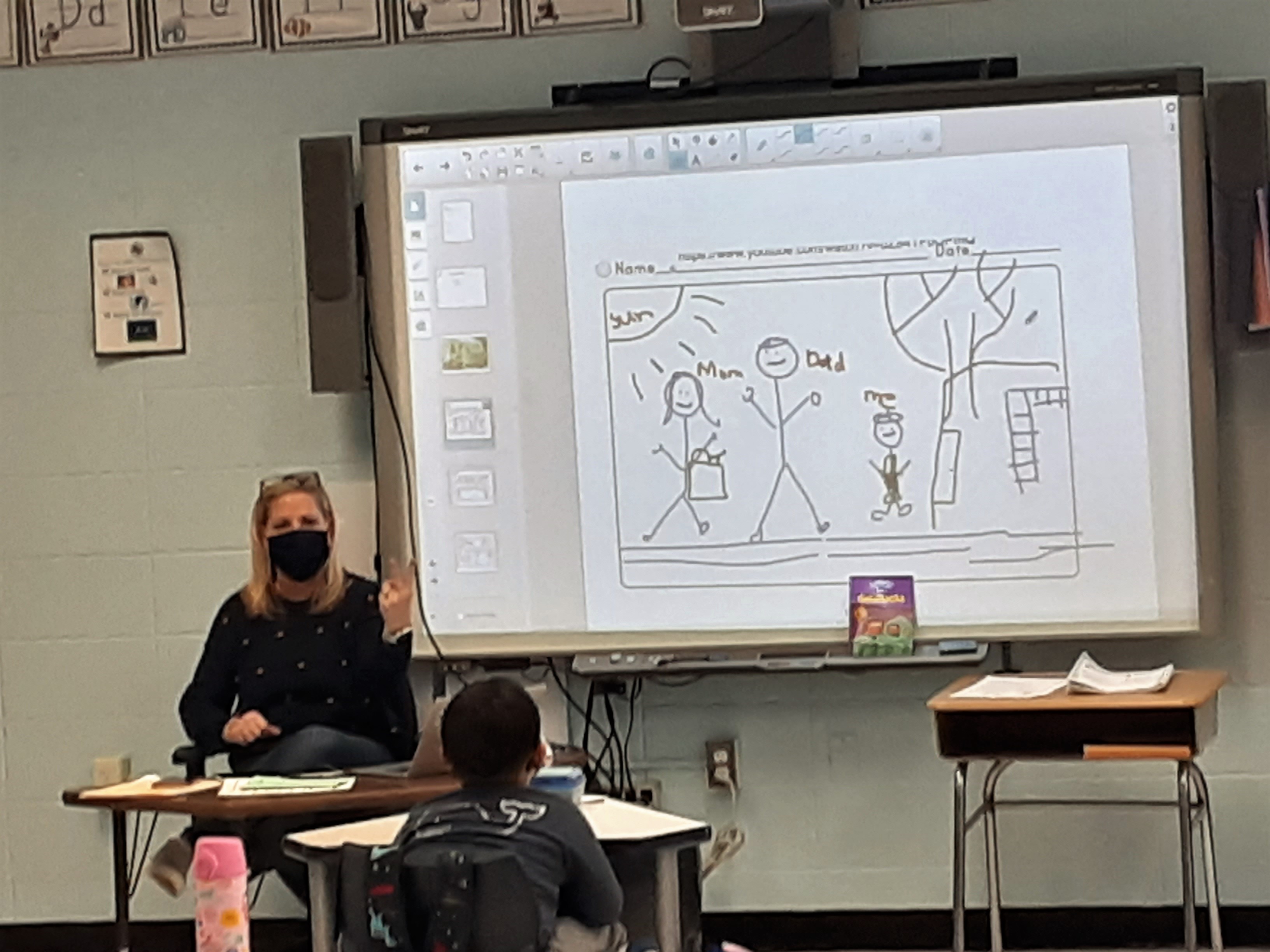 The year-long workshop began with the first lesson, which was drawing a picture of something that occurred in the students’ lives. Next, the students spent time remembering the event and adding details more to the picture. Today’s lesson was about labeling everything they drew. 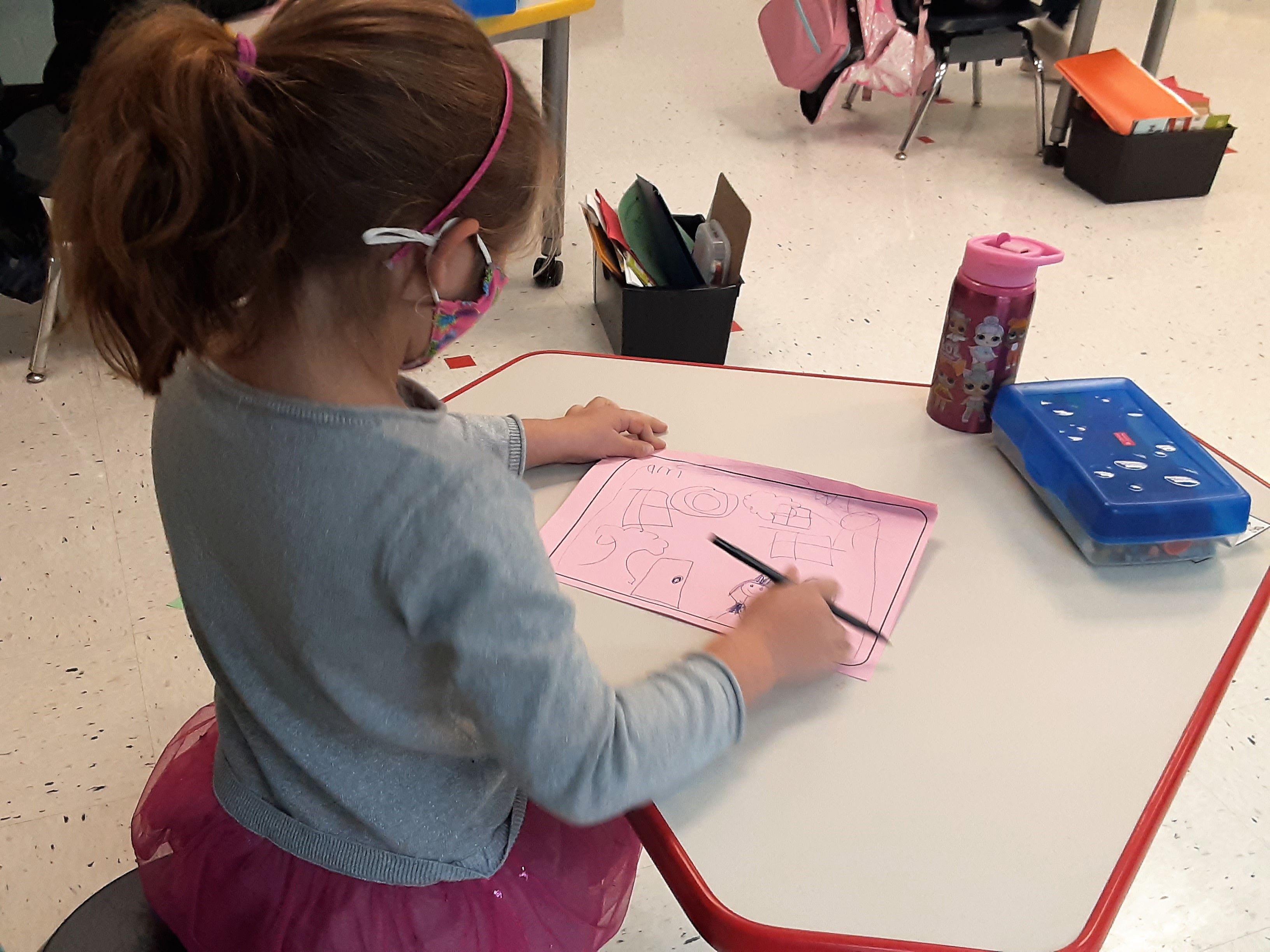 Ms. Newman began the lesson by drawing on the SMART board a picture of an event in her life and then, as she was remembering aloud and describing what happened in the event – in her case, a trip to the playground - she began labeling what she drew. Once she was done, the students took out their own pictures and began adding more drawings to them and then labeling everything. 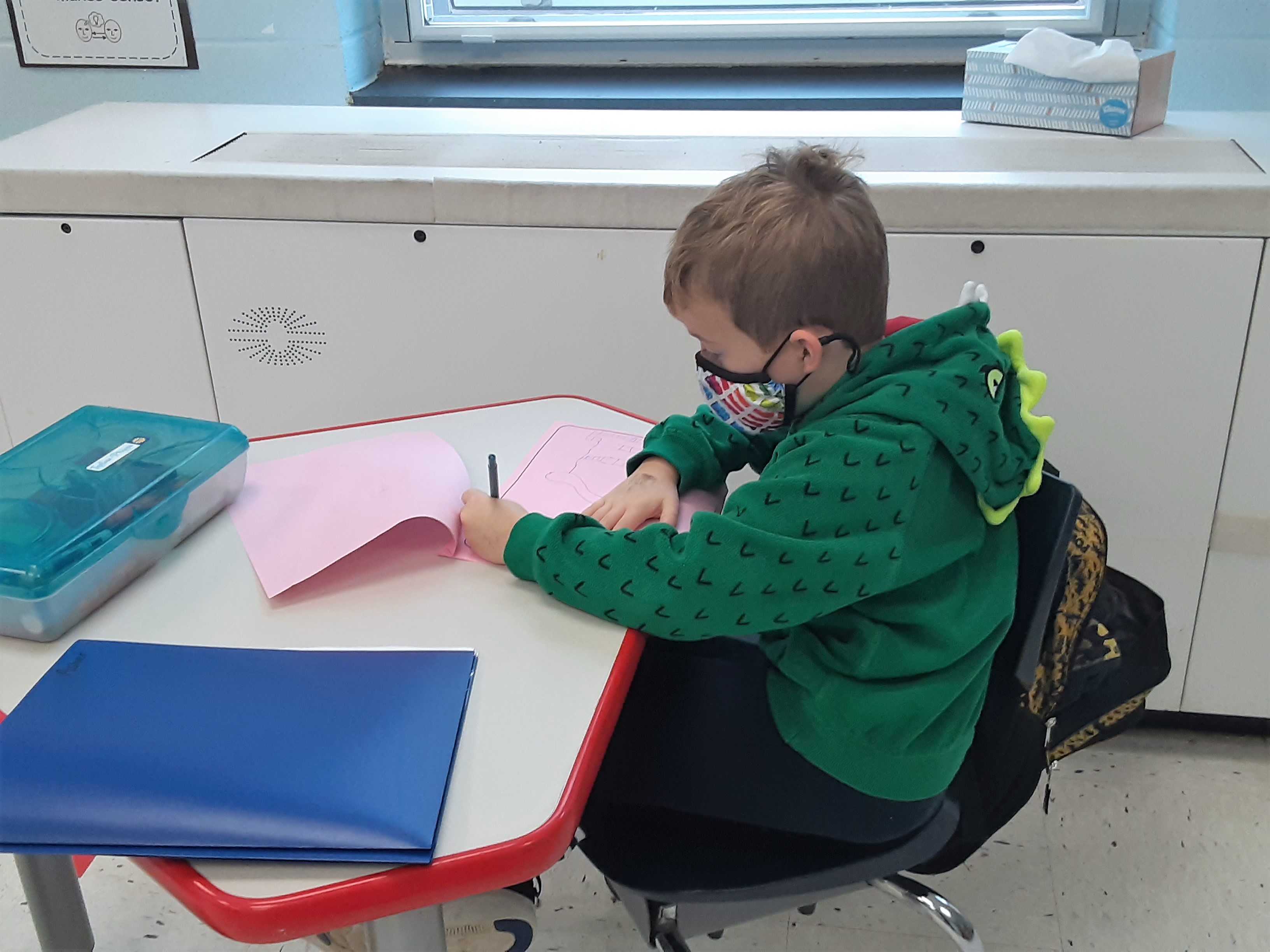 One student drew a house with a door and windows, while another drew trees, clouds and people. The second student labeled the people “Mom” and her own name. 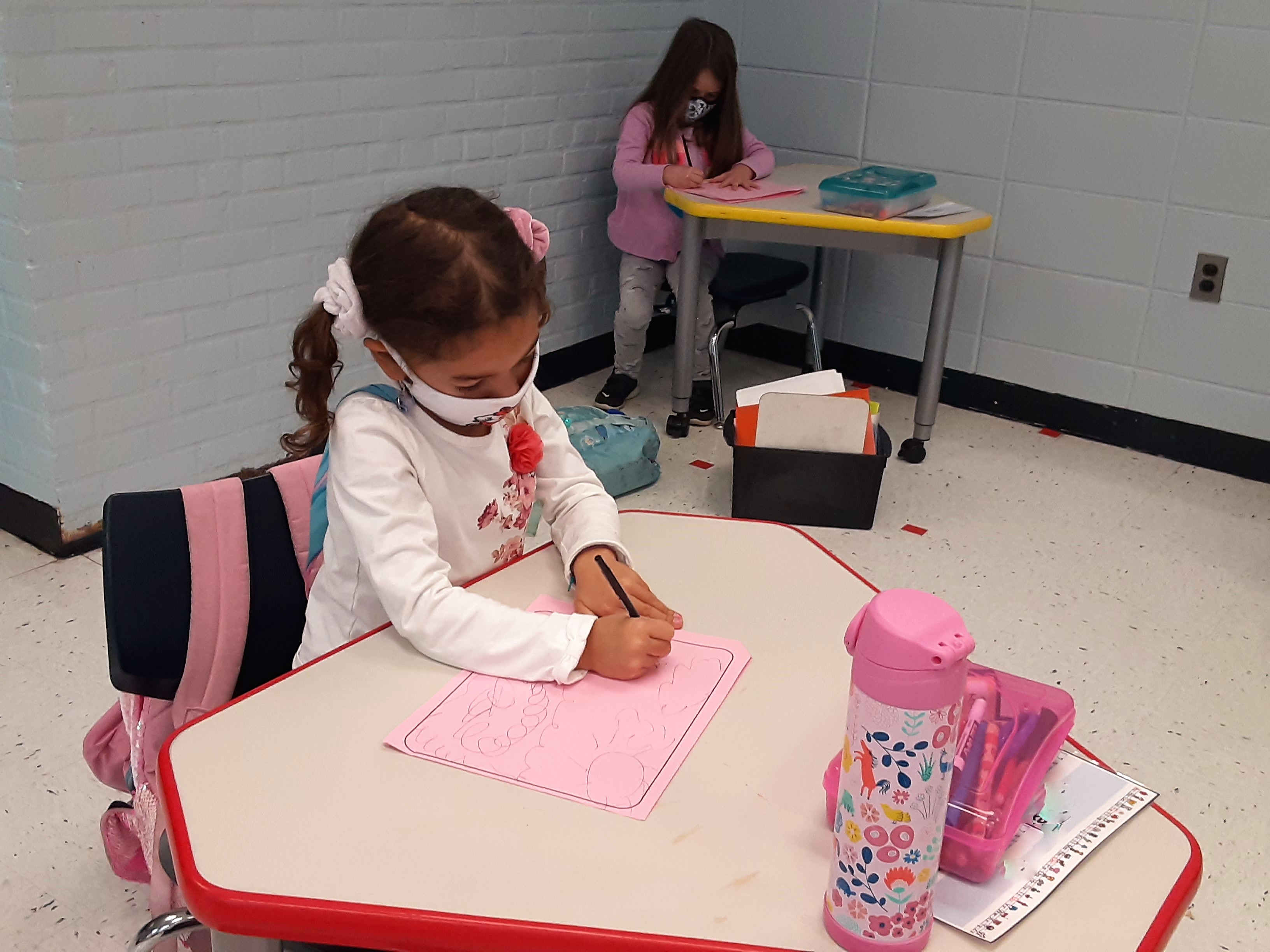 “At the end of the year the students will be able to write stories,” Ms. Newman said. She added that she was very pleased with the work the students have done thus far, in particularly the detailed drawings. 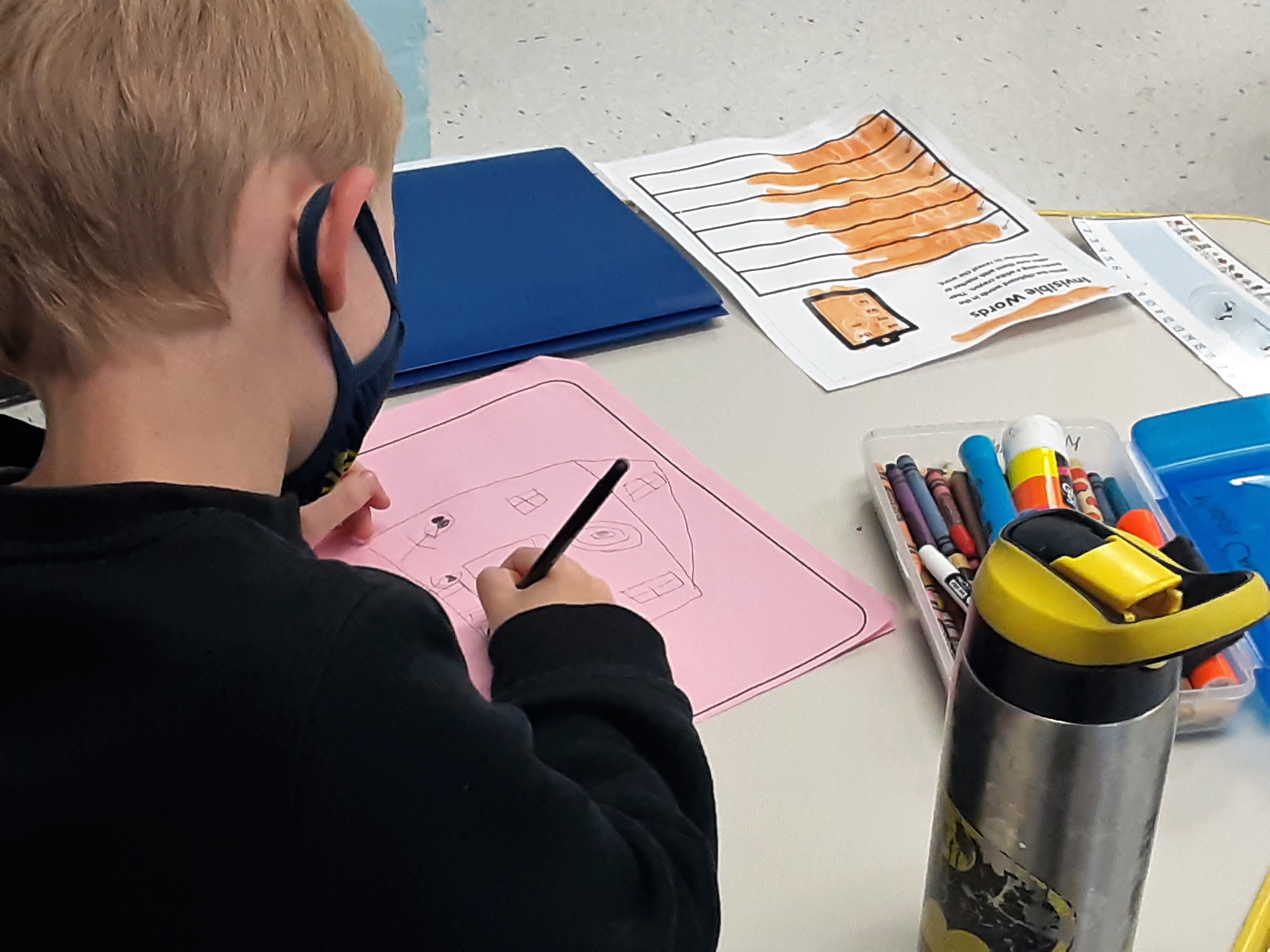 “Not all know how to write but they are working on it. We’re working together on building independence, stamina and risk-taking. We focus on implementing positive statements to build confidence, such as being a Brave Speller,” she explained. 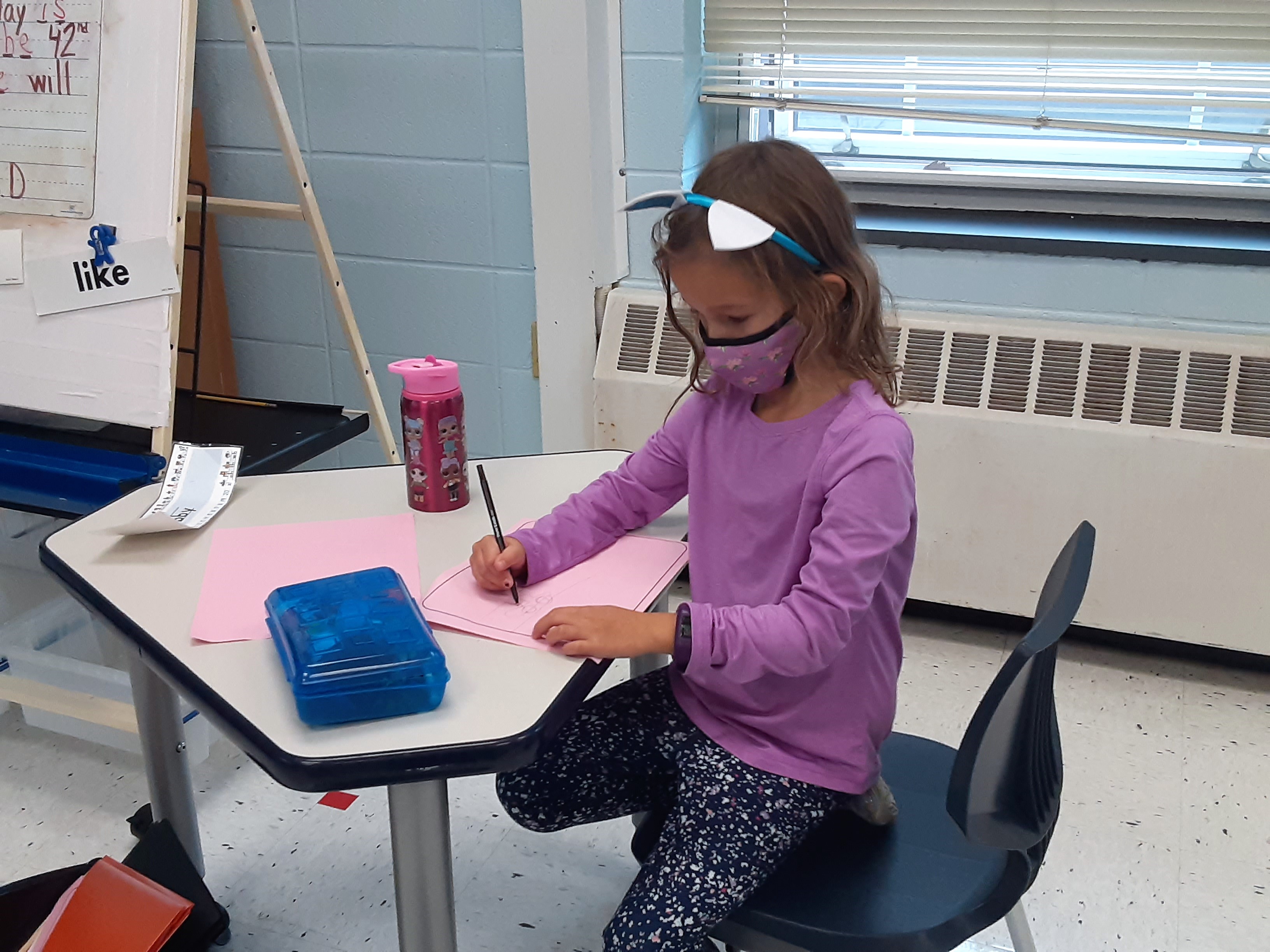 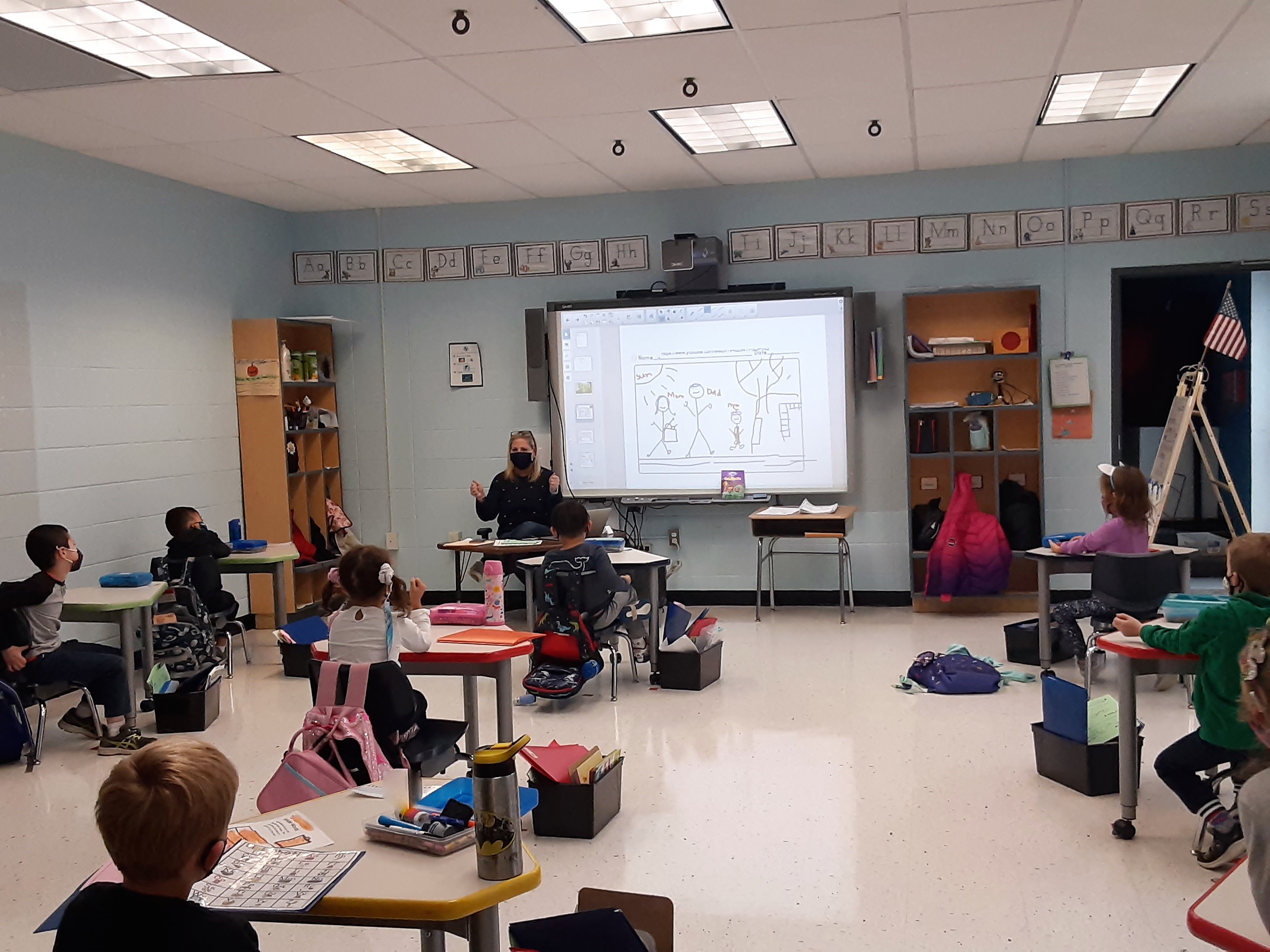