First Graders are Learning About the Phases of the Moon 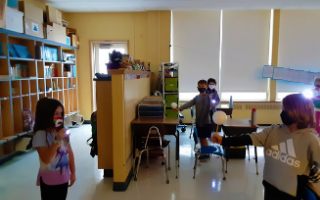 “We first watched a short video from the Putnam Northern Westchester BOCES Science 21 Program and then Ms. Tomaskovic explained it how it works,” said Teaching Assistant Kara Naughton. “Now the students are doing it on their own and having fun,” she added. 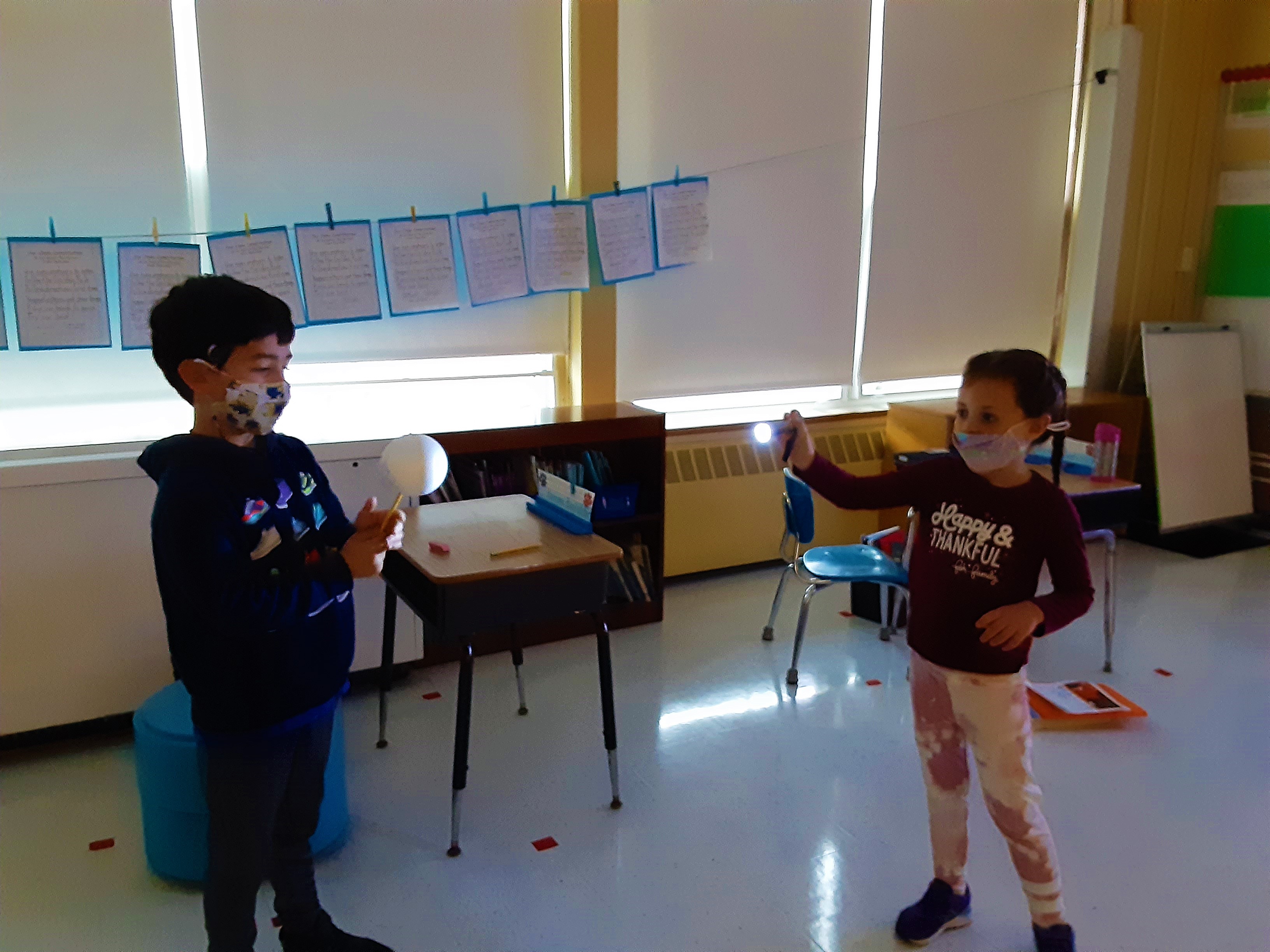 The students got into pairs and were provided with a white sphere, which was held on a pencil. While one student held the sphere, the other shined a flashlight on it and together they determined which phase of the moon was being shown on the sphere.

They noticed that when they moved the flashlight they could see that different parts of the moon were shaded, thus, displaying the different phases. 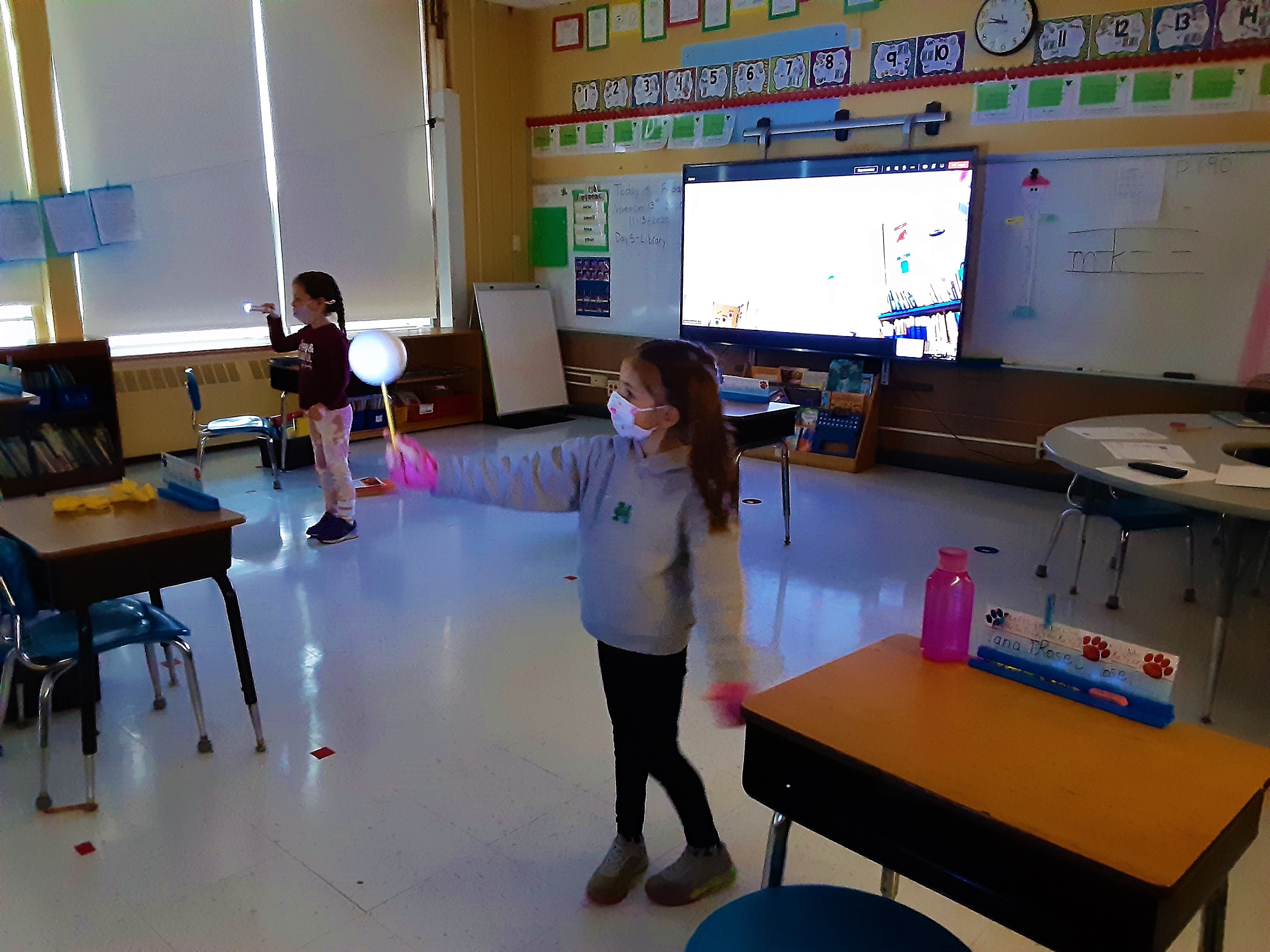 Natalie and Harrison were working together and were able to see the different phases, such as full moon, new moon and crescent. Harrison thought it was fun but a little challenging when it came to seeing the phases in the light of the flashlight. 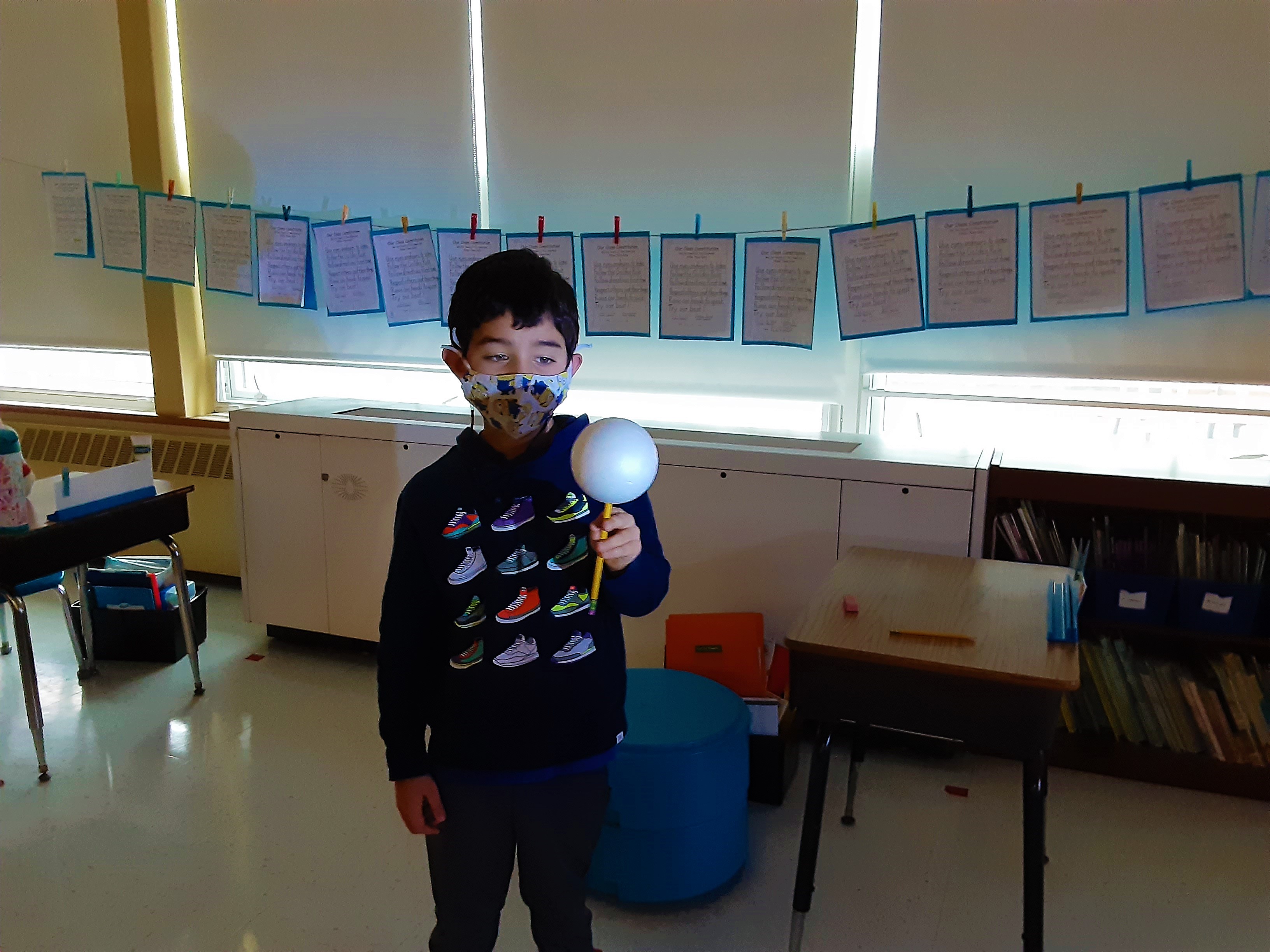 “Sometimes I only see a new moon and sometimes I see a crescent moon when I’m supposed to see a new moon,” he said. “I just have to turn the moon until I can see the right phase.” 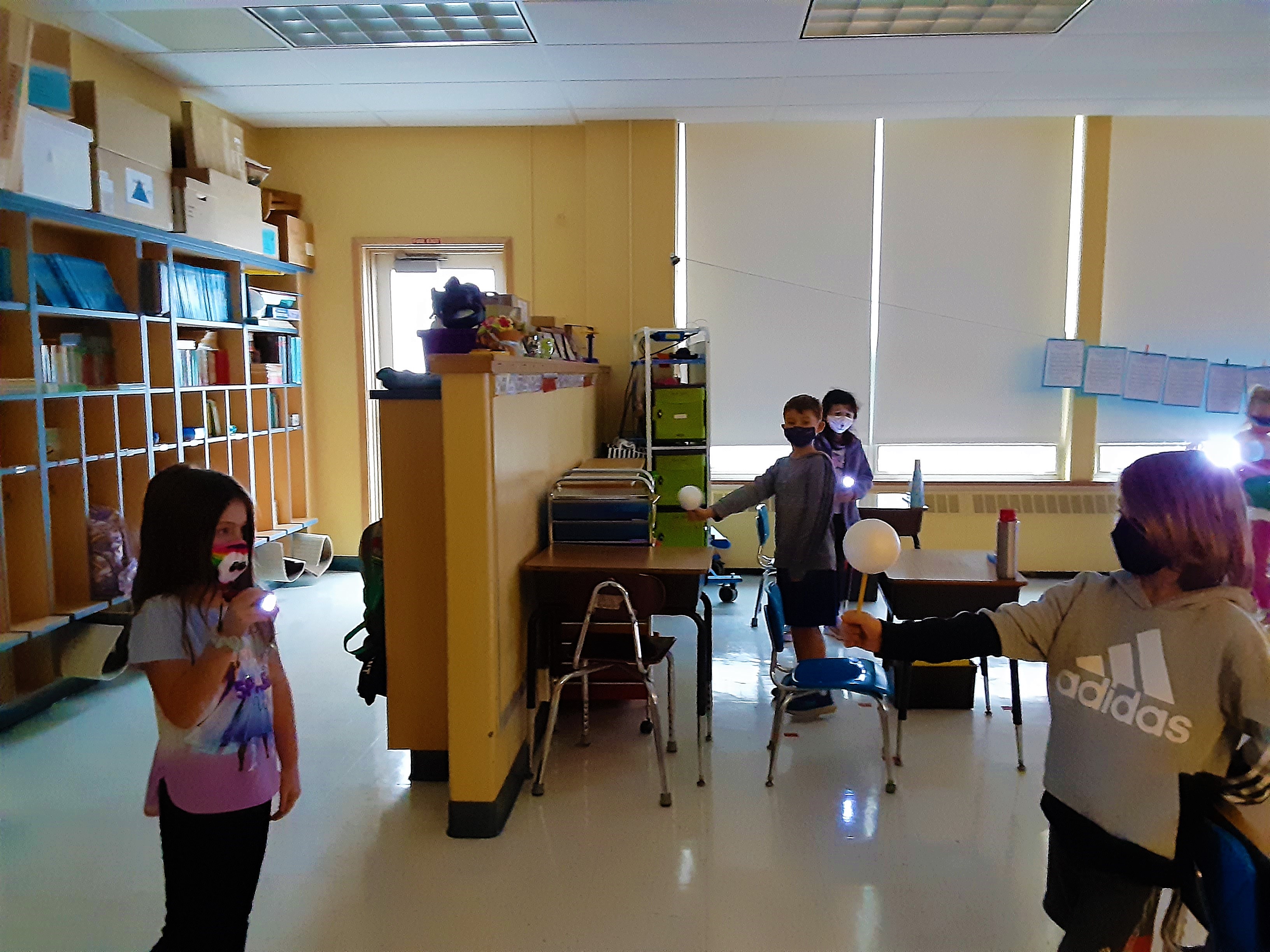