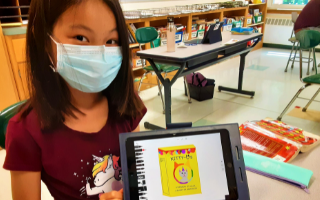 Todd fifth graders will be starting middle school in a few months but in the meantime, they are preparing to be PowerPoint Experts. Fifth graders in Amanda Schwartz’s class have been working on a “CEO Project” in art with Todd art teacher Paul Villanueva.

“They are creating 12-page PowerPoint presentations where they are CEO’s of their own company and they are creating logos and artwork to promote the company,” Mr. Villanueva said. “They already know how to use PowerPoint, so this is more of a refresher and to get them to build on what they know.”

The students were asked to think of a company, such as a cereal box company, a music album company or a video game company, and to design all the artwork for that company. 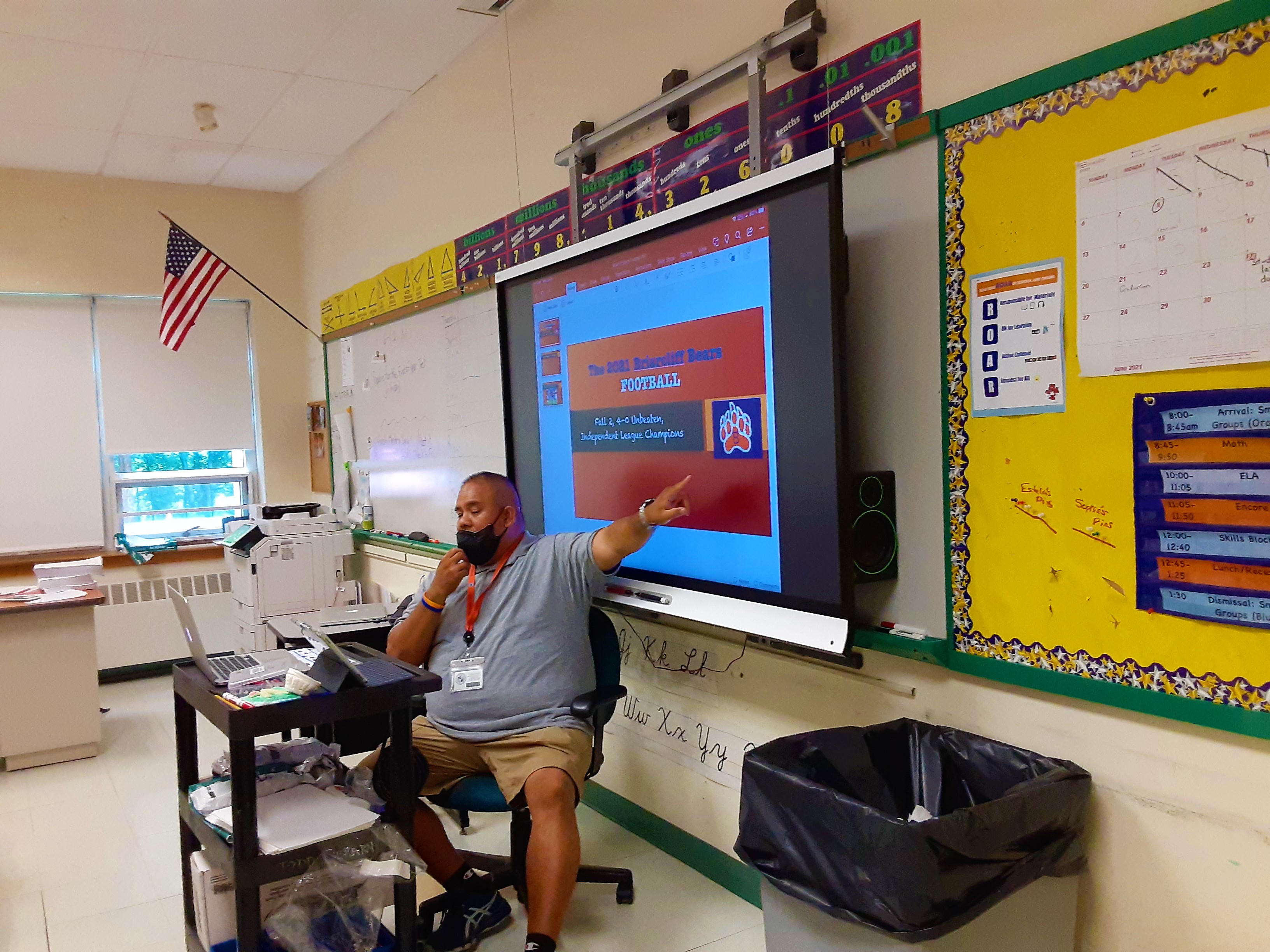 “Think of how to use art to entice people to purchase your products,” Mr. Villanueva told the students, as he showed them the Briarcliff Bear logo. “A logo is key to promote a product.” 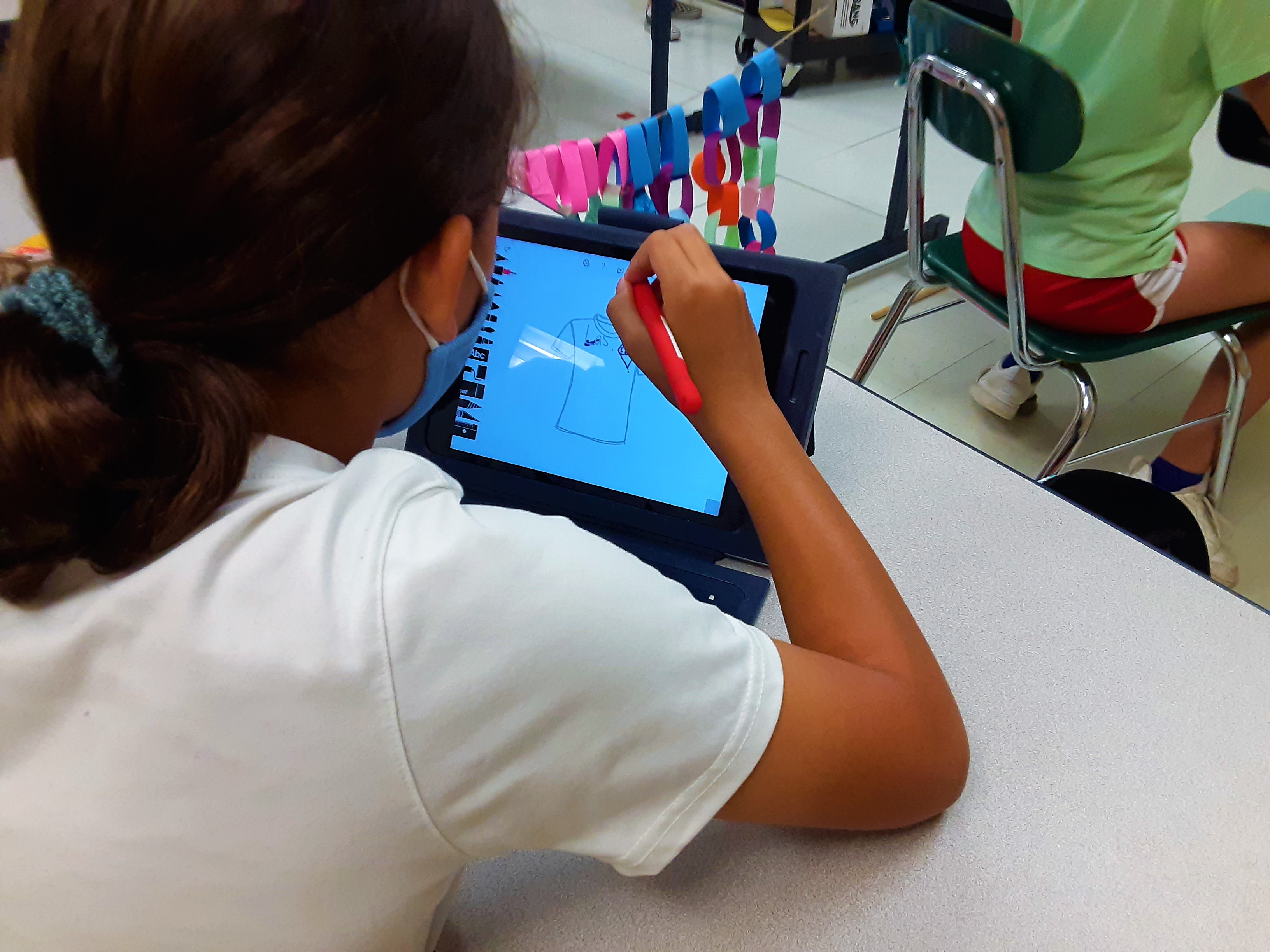 The students can choose their companies based on their personal interests and can work in pairs if they wish. Estela, who loves soccer, created a soccer club called “Elite Goal Soccer Club” and has been working on designing t-shirts that will have the logo on them. Grace has been working on designing a music album entitled “Someone’s Far World” and has plans for a second album called “Acid Rain.” 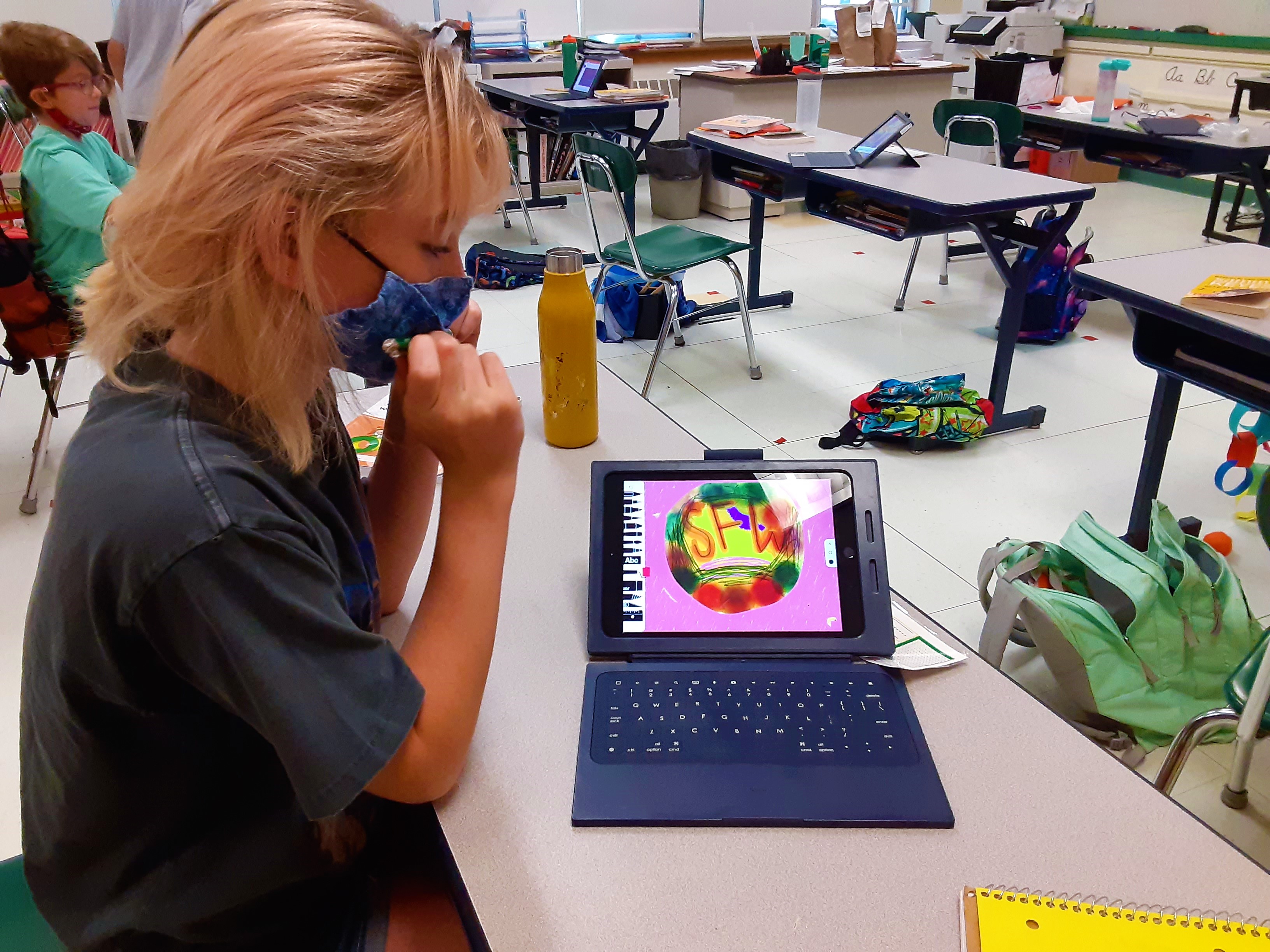 At another table, Alivia and Erin were working together on a food company.

“We’re making a cereal company and the cereal will be in shapes of circles like Cheerios, but they will have little triangles like a cat’s ears and they will be called Kitty-O’s,” explained Alivia. “We want the cereal to be in different flavors and with all-natural ingredients. They will have flavors such as grapes, cherry, green apple and blueberry, but we will use a natural dye.” 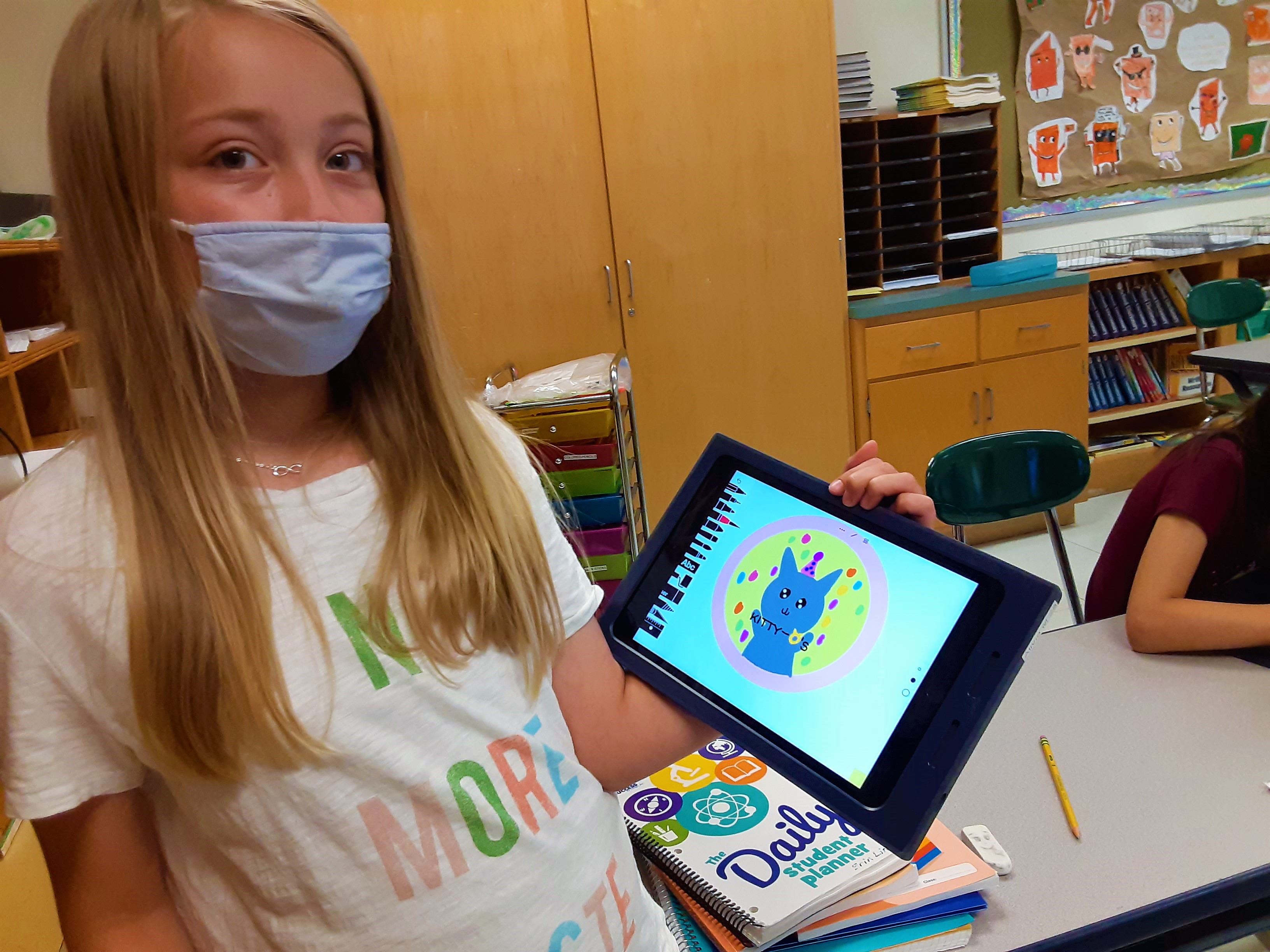 Alivia describes herself as the idea person and has also come up with coffee called “Catfeine” which will be marketed to adults. She and Erin, who is doing most of the artwork, have been bouncing ideas off each other.

“The cereal is for everyone but the Catfeine is to keep the adults happy,” Alivia said. “I’m obsessed with cats and I have two of them, but Erin prefers dogs, so I am glad she is working with me because I sometimes have a hard time not working with someone,” she said. 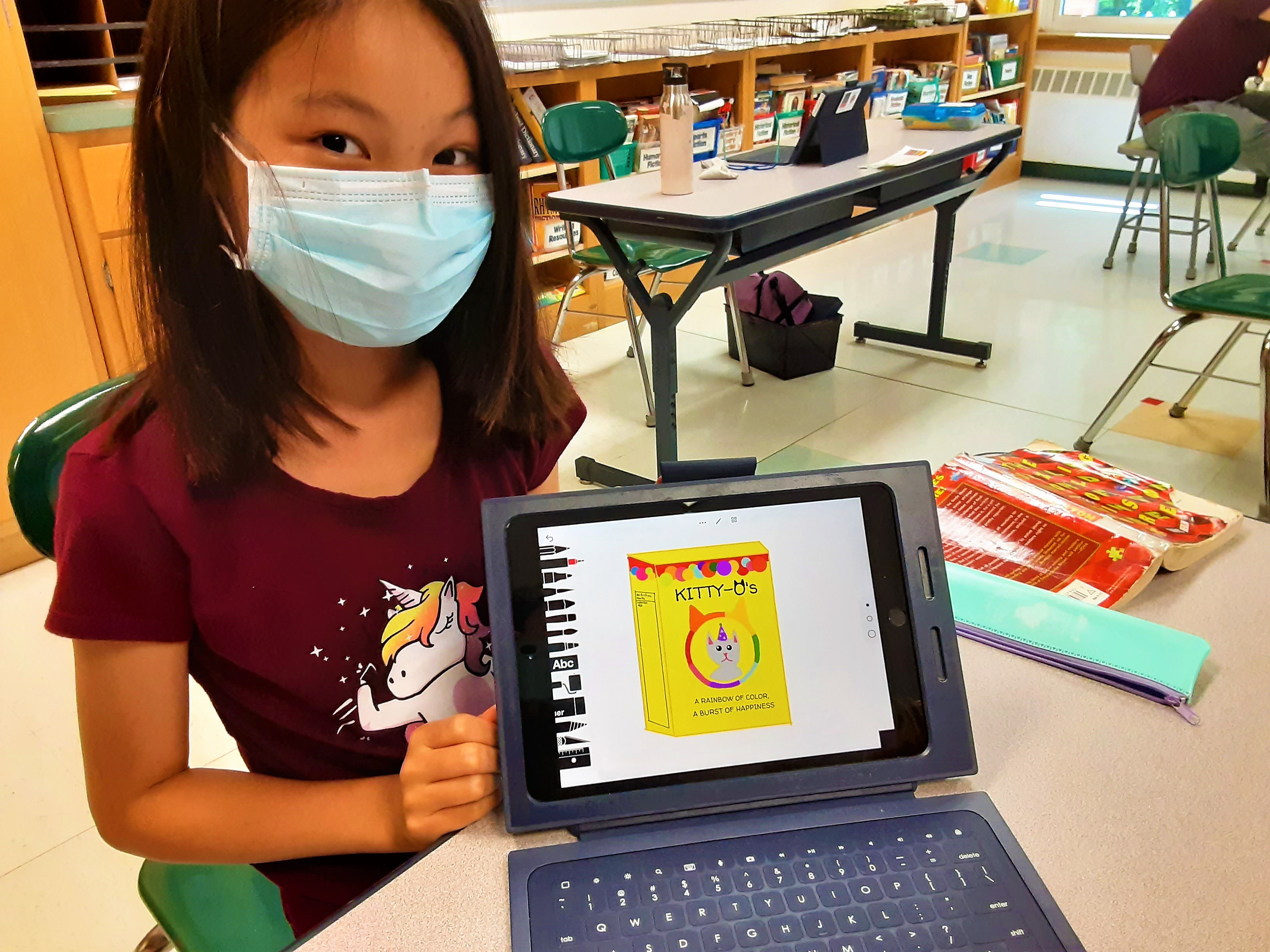 Erin agrees collaborating is a good way to get things done.

“I like talking to someone and coming up with ideas to do together,” she said.

“It feels like it’s not even work, like we would do this on our free time,” Alivia added.

“I think they will be expected to collaborate on projects like this in middle school, where they work together and think about how art is applicable to the real world. So, I wanted to send them off with something similar,” Mr. Villanueva said. “I’m impressed. They have gone above and beyond what I expected!” 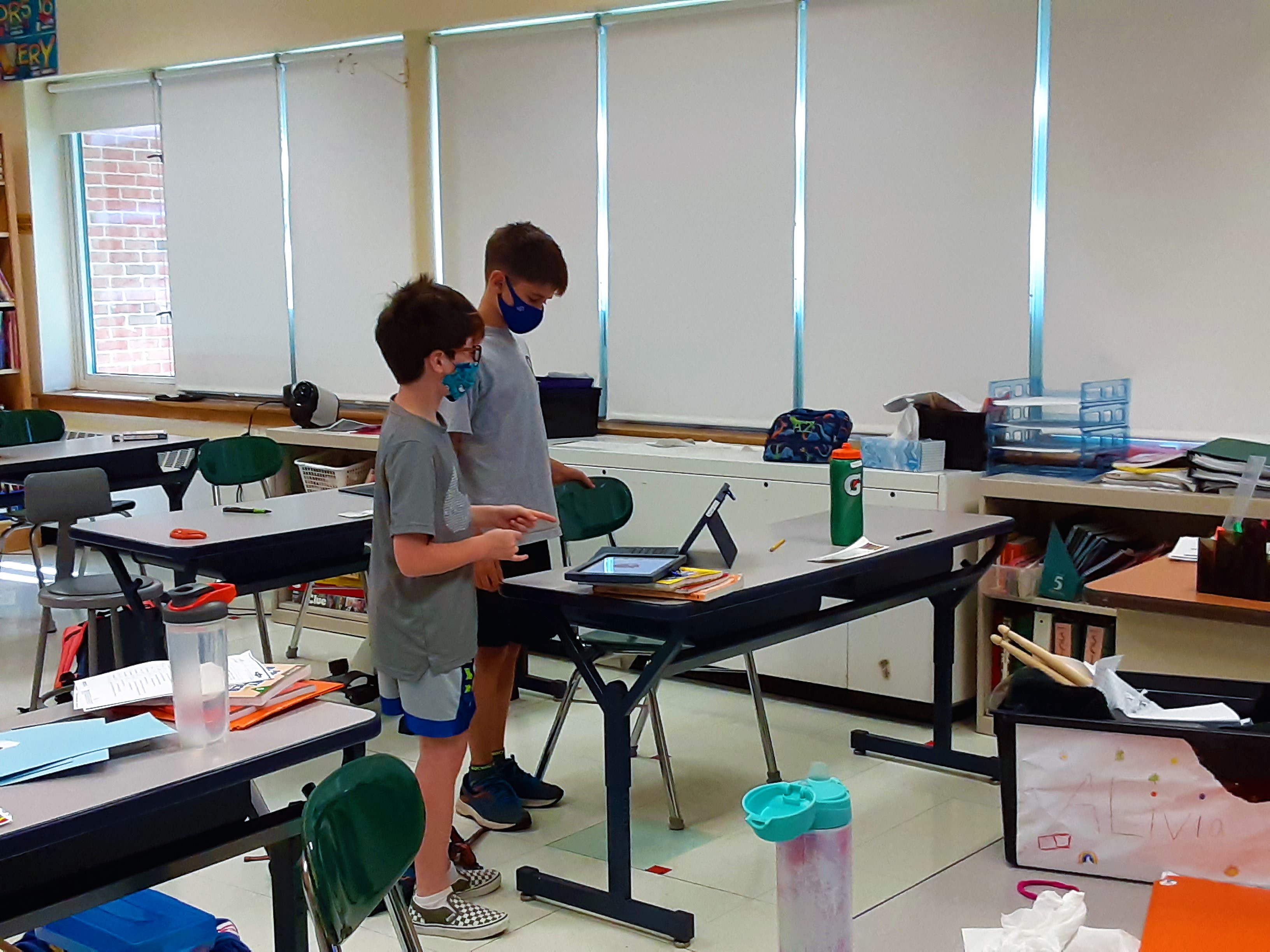 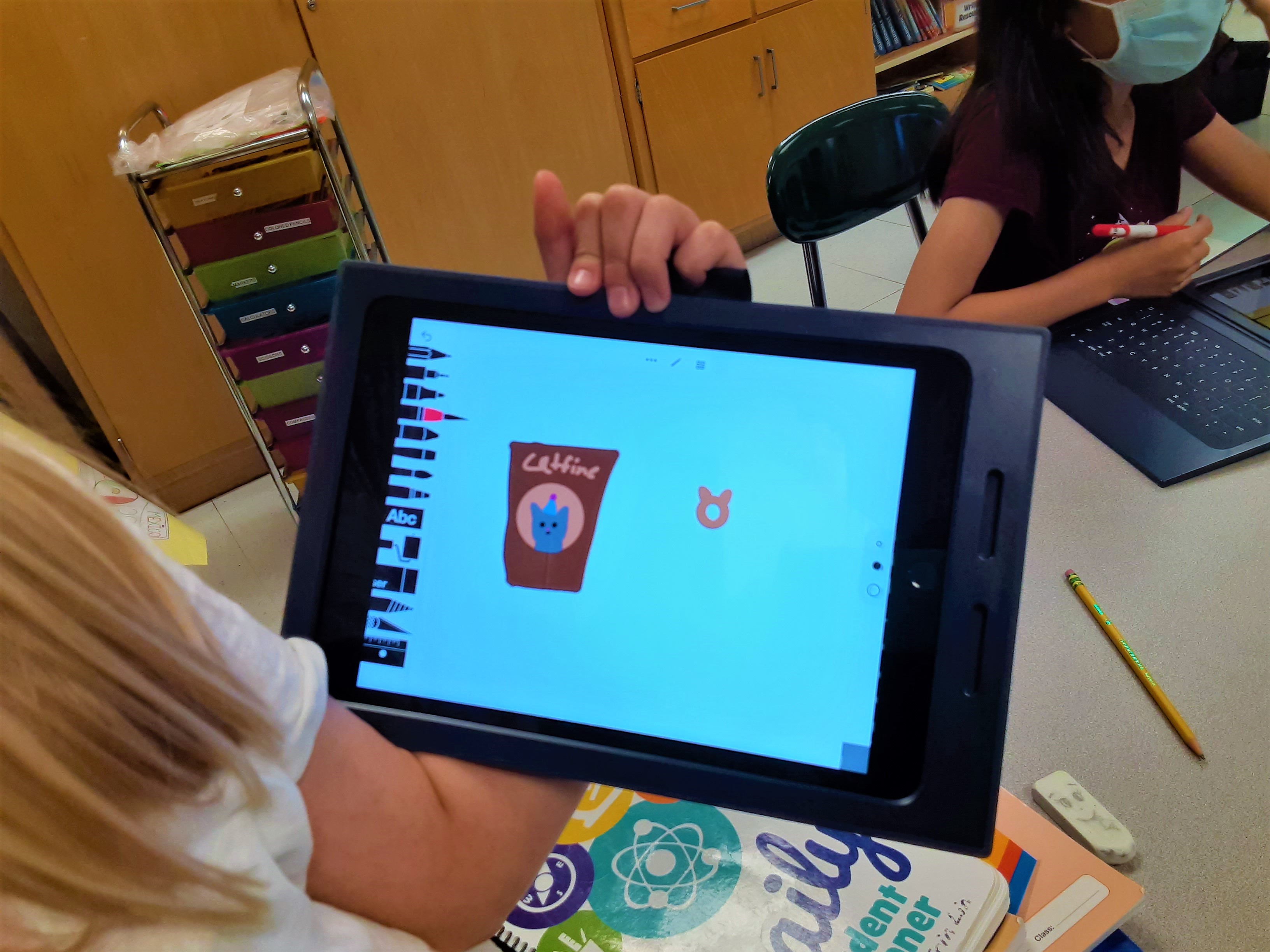