Fifth Graders Get Ready for Thanksgiving with a Hidden Turkey Game 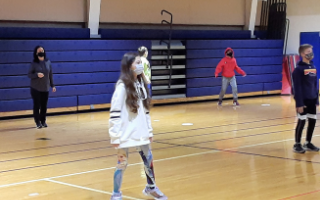 When it is cold and raining outside, how do you get students to get excited about exercising in the gym? Simple! You have them play a game that involves guessing, adding points and, yes, exercising.

Fifth graders in Jennifer Case’s class had a fun physical education class today. While one cohort went for a walk around the school hallways with the Teaching Assistant, the other cohort stayed in the gym and did exercises that worked on different muscles. 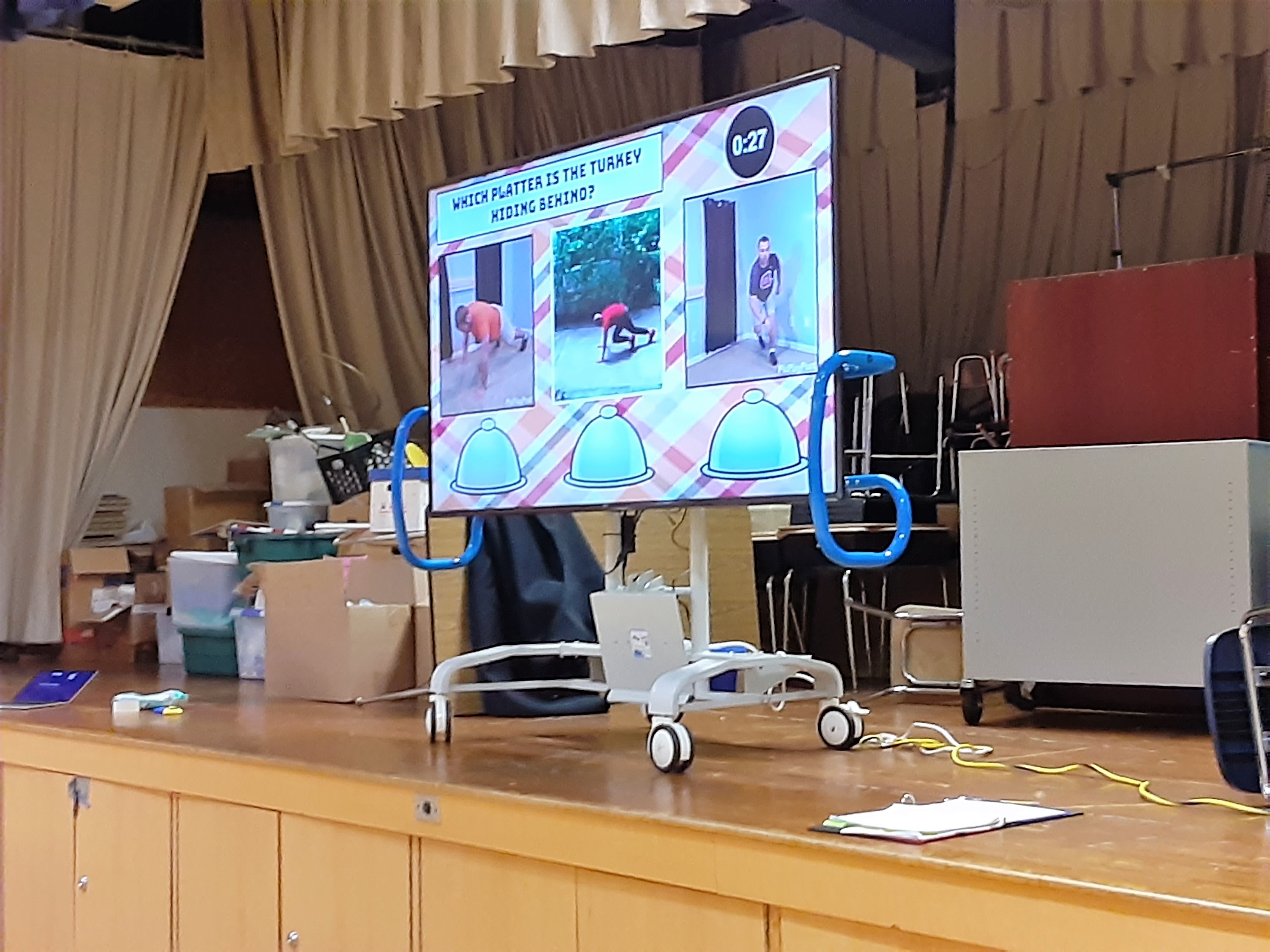 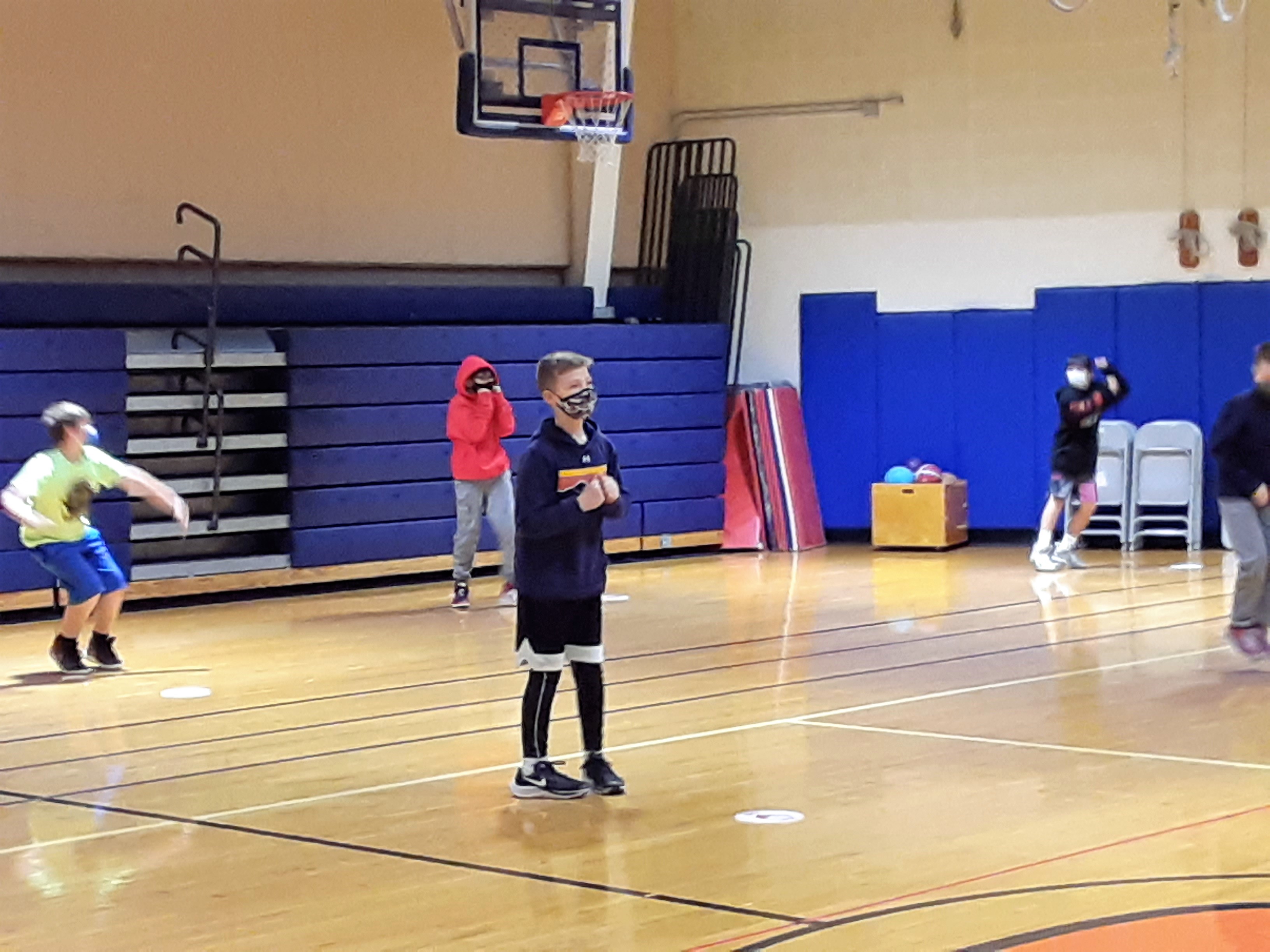 The students had fun collecting points and cheered whenever they scored points. 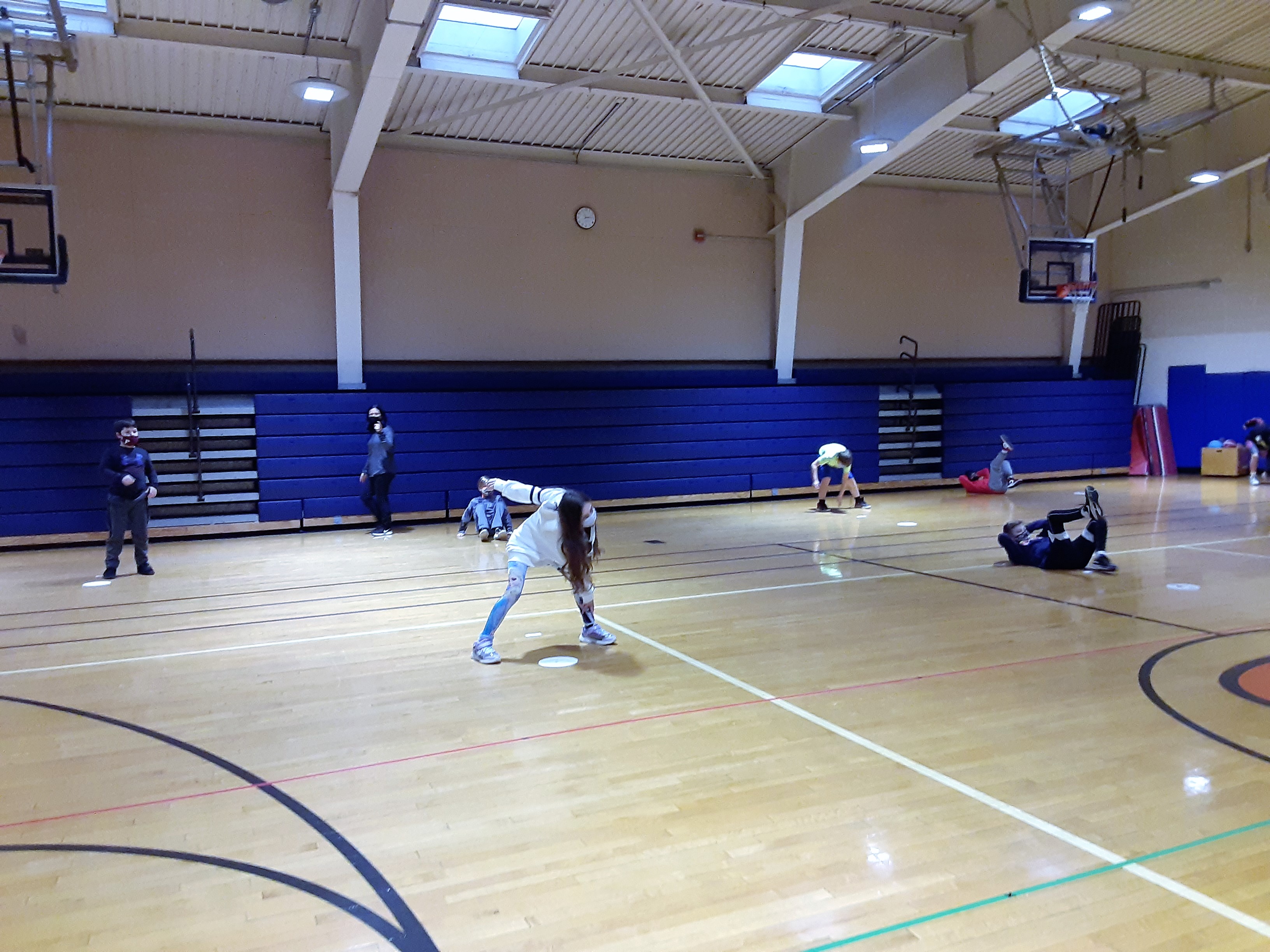 “Kids love points,” said physical education teacher Michelle Hiltsley. “They love the excitement of it and also the excitement of finding out where the turkey might be, since he’s hiding underneath only one of the platters.” 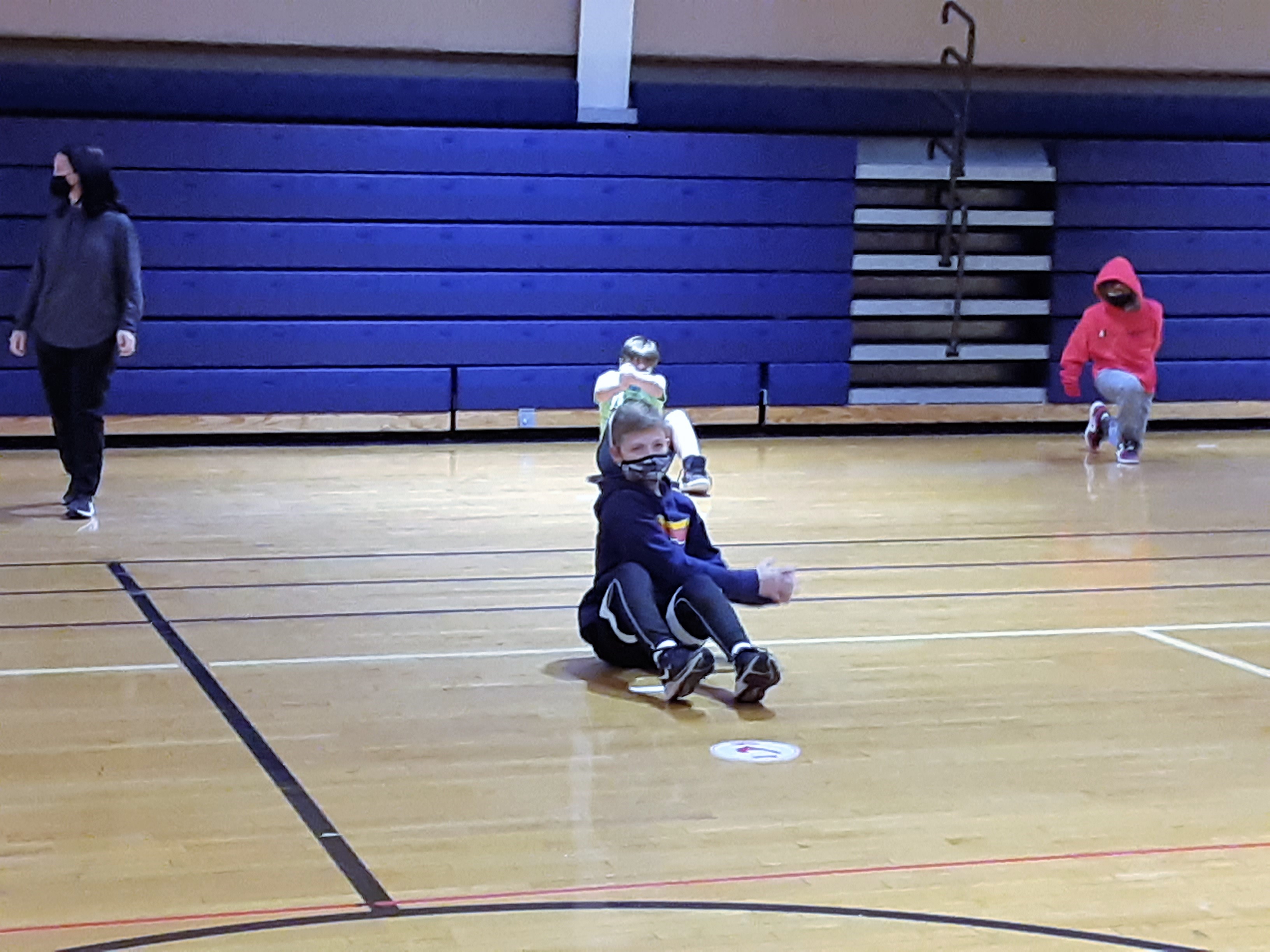 Ms. Hiltsley explained that this is a math, as well as a guessing game.

“They’re adding points and the guessing part makes them competitive and excited to do the exercise,” she said. 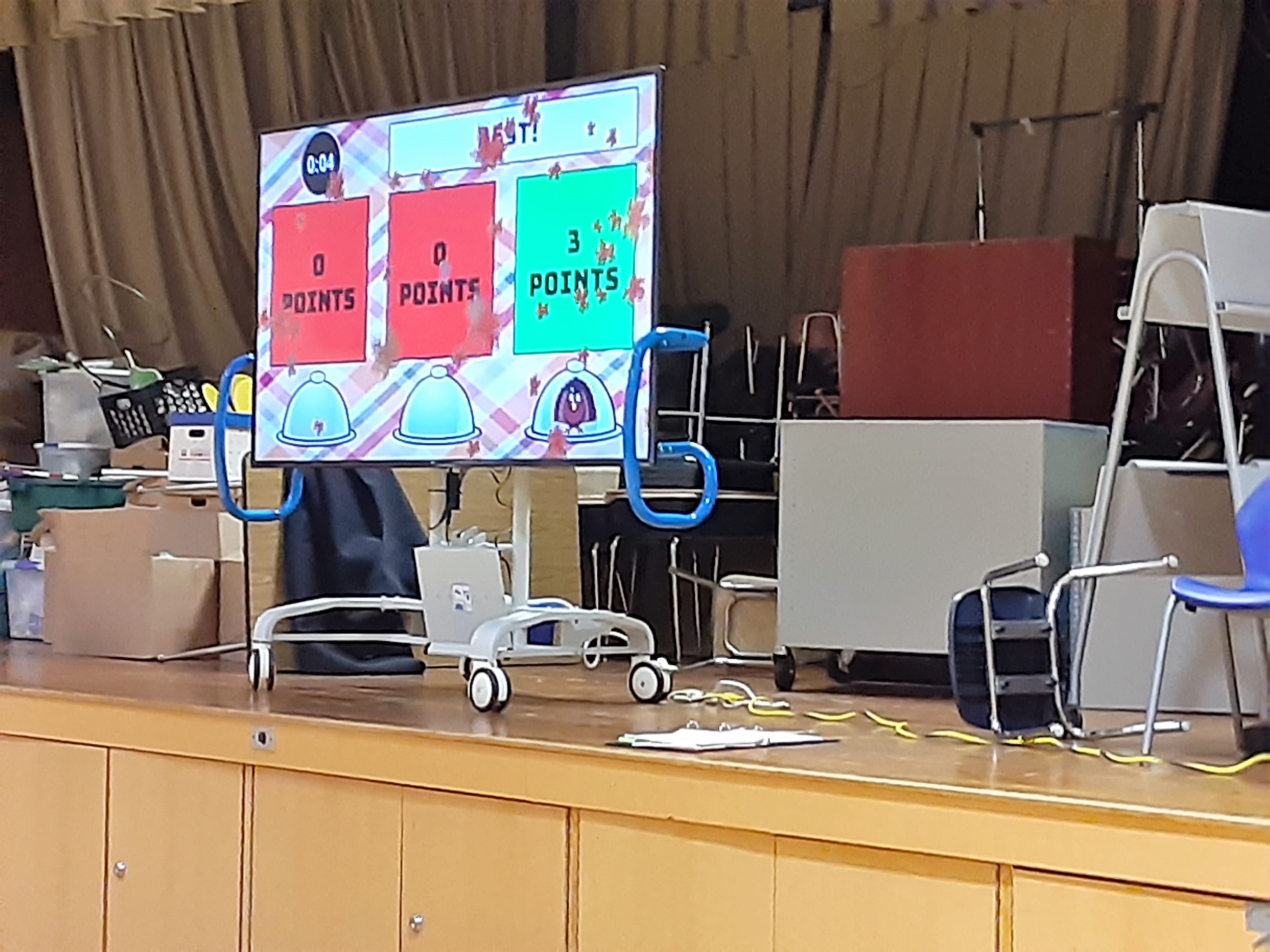 The activity was followed by a cool-down and then the students all went for a walk around the school hallways while the other cohort came back to the gym to play the game. 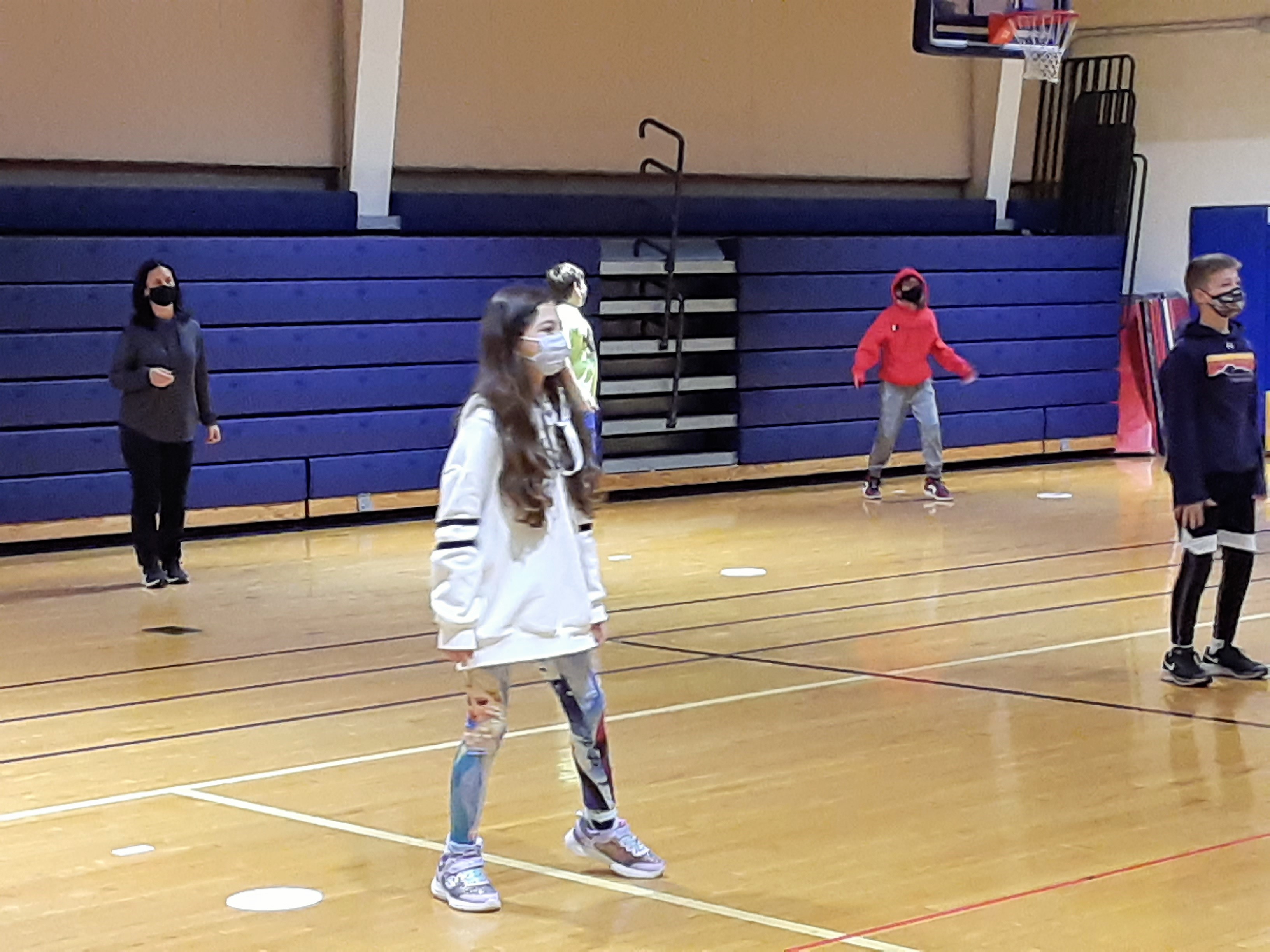