“The Outsiders” Book Provides an Abundance of Inspiration to Eighth Graders 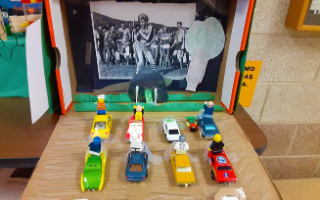 From Drive-In Dioramas to realistic-looking newspaper articles…is there anything Briarcliff Middle School Eighth graders can’t do?

After reading “The Outsiders” by S.E. Hinton in Kristen Samet’s ELA class, students began a variety of projects inspired by the book. Based on the story, which is about two competing youth gangs in Tulsa, Okla., students created videos, posters, dioramas, newspaper articles, journals and some even re-wrote a chapter from the book. 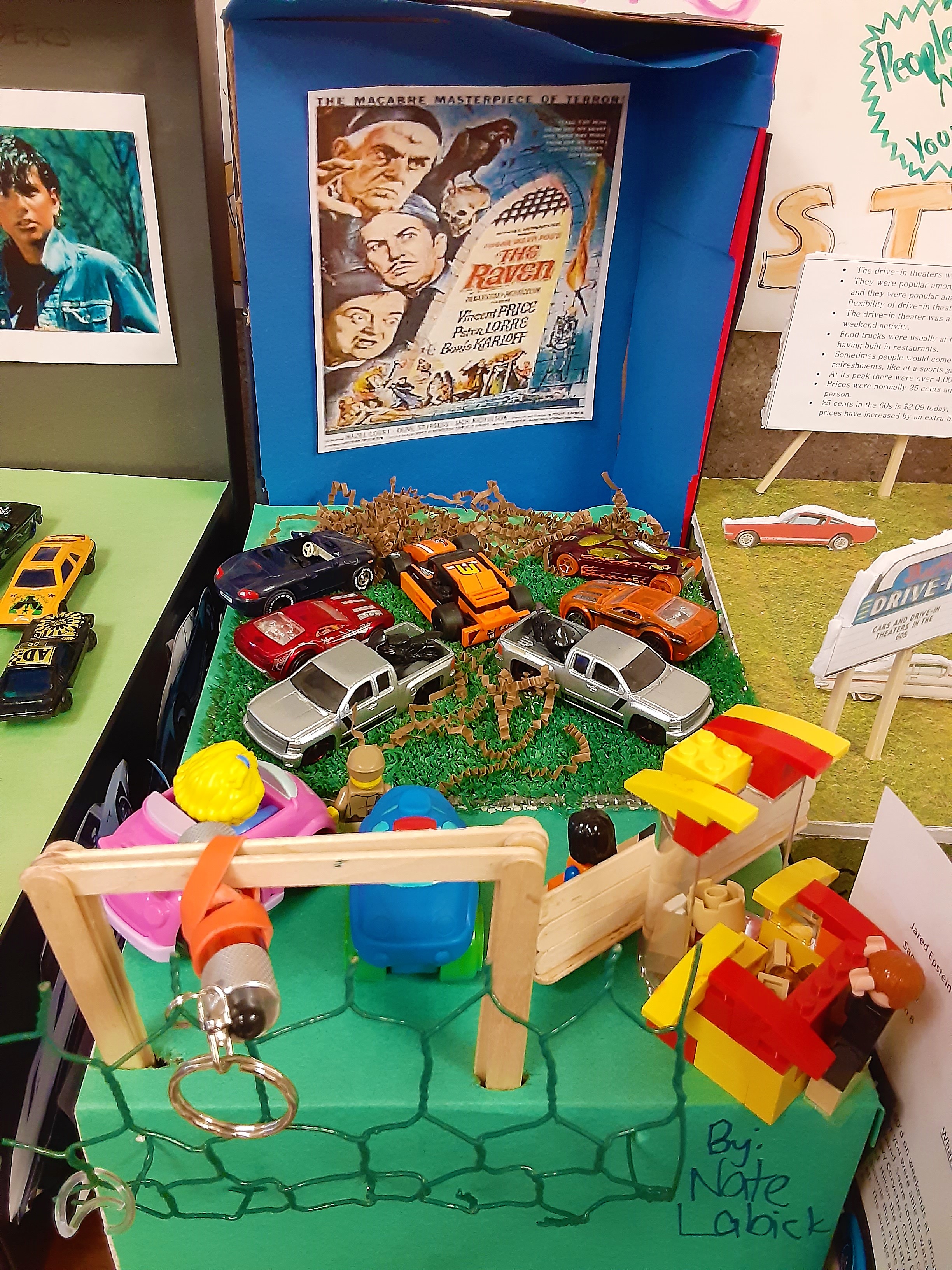 The dioramas and posters were created to showcase what the students think life was like in the 1960’s.

“There is a scene in the beginning of the book that takes place at a drive-in, so some students created drive-in dioramas,” Ms. Samet said.

Other students were intrigued by the fashion that was popular at the time. One student was inspired to create a closet diorama, while another student created a poster with photos. 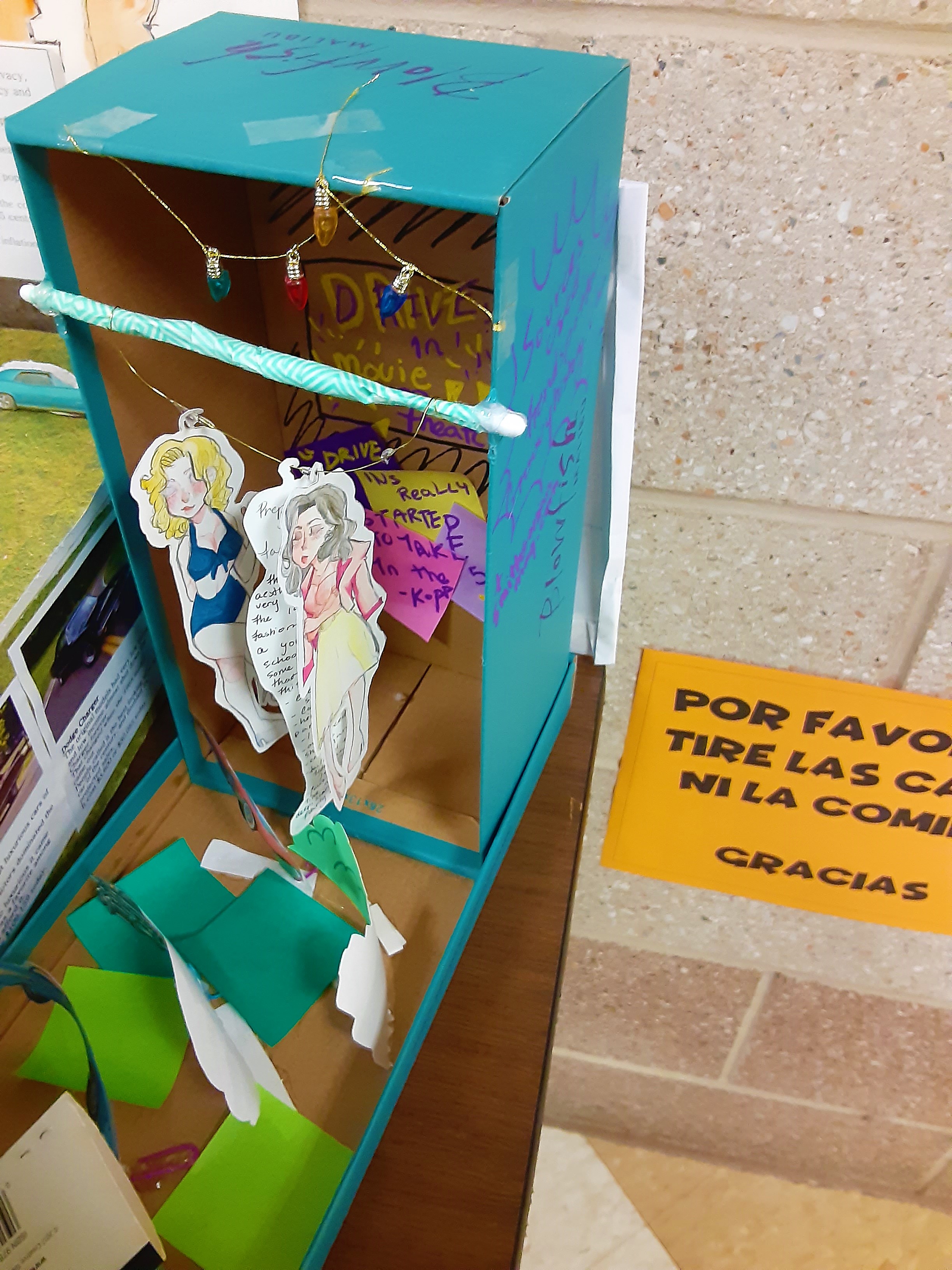 “The students had to provide explanations and descriptions for what they did and how it relates to the book,” Ms. Samet said. 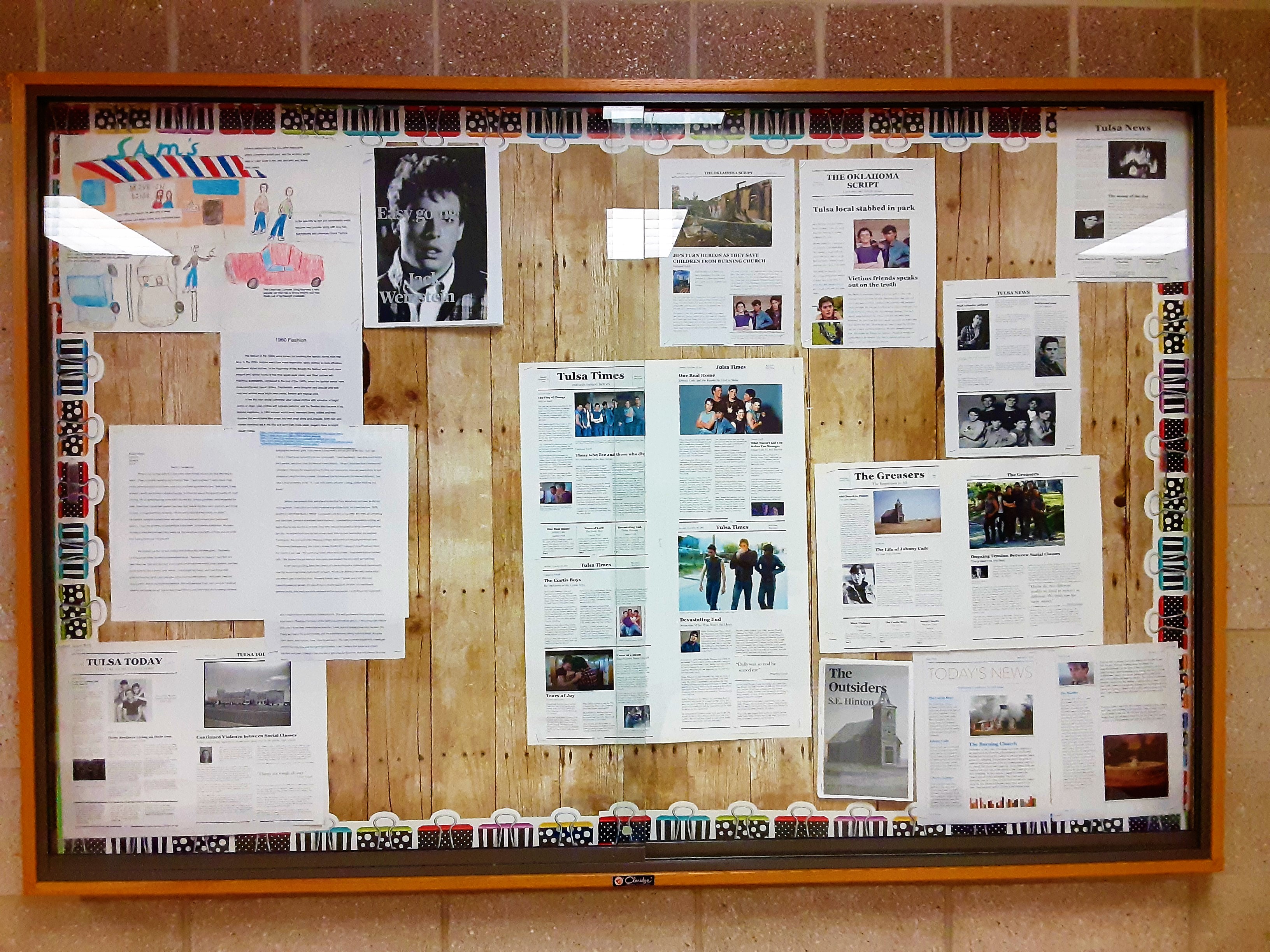 Some students chose to create a newspaper article that was about the church fire, which was the climactic scene in the book. They used templates from Microsoft Word and also used Pages on the Mac. 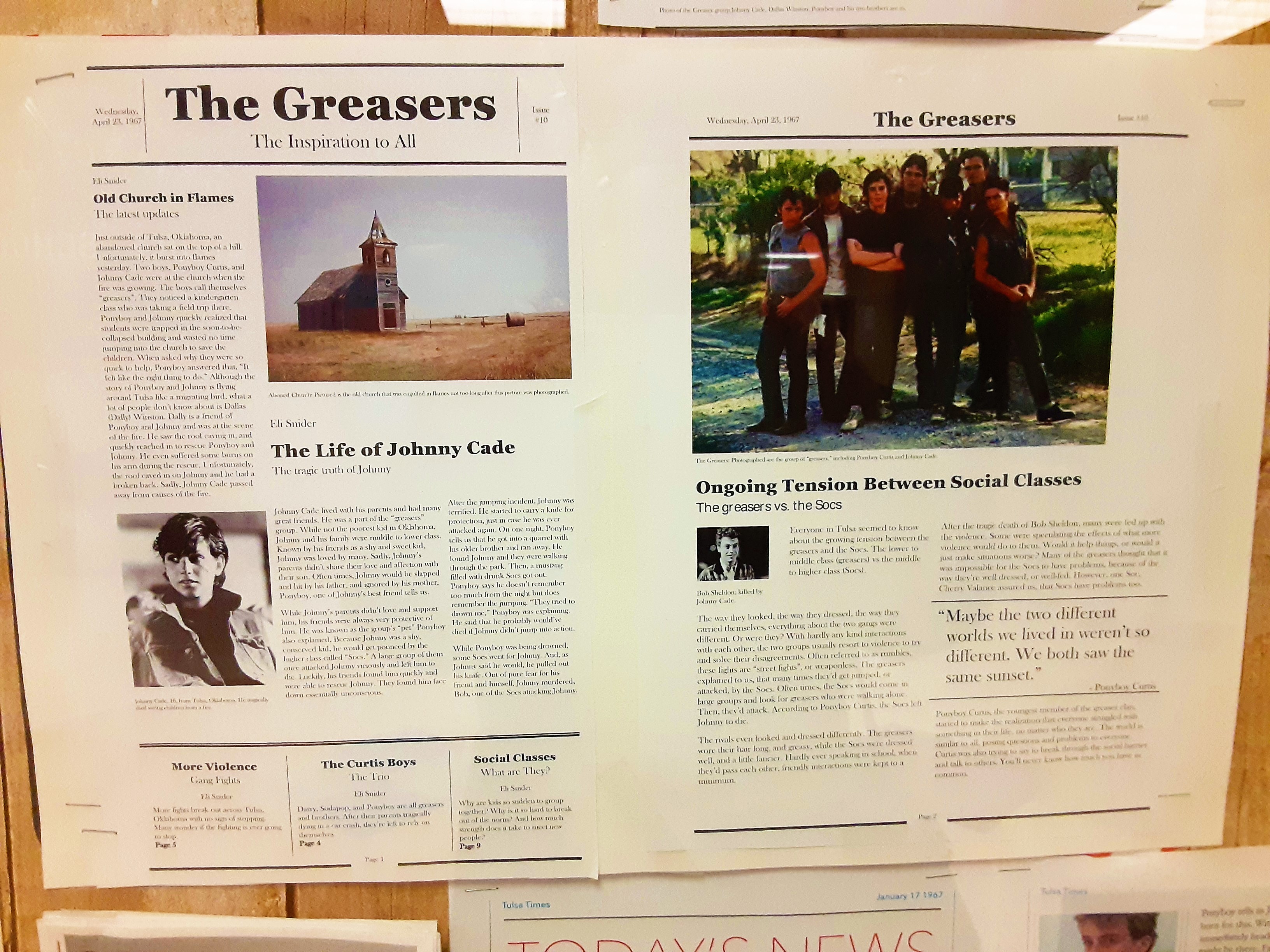 In the book, one of the characters talks about a poem by Robert Frost called “Nothing Gold Can Stay.” Some students created videos based on their interpretation of the poem.

“It was nice to give students a chance to be creative,” Ms. Samet said. “We are working on creative writing now and after the winter break we will begin our World War II unit, which is an interdisciplinary unit with history teacher Dr. Stephanie Muson,” she added. 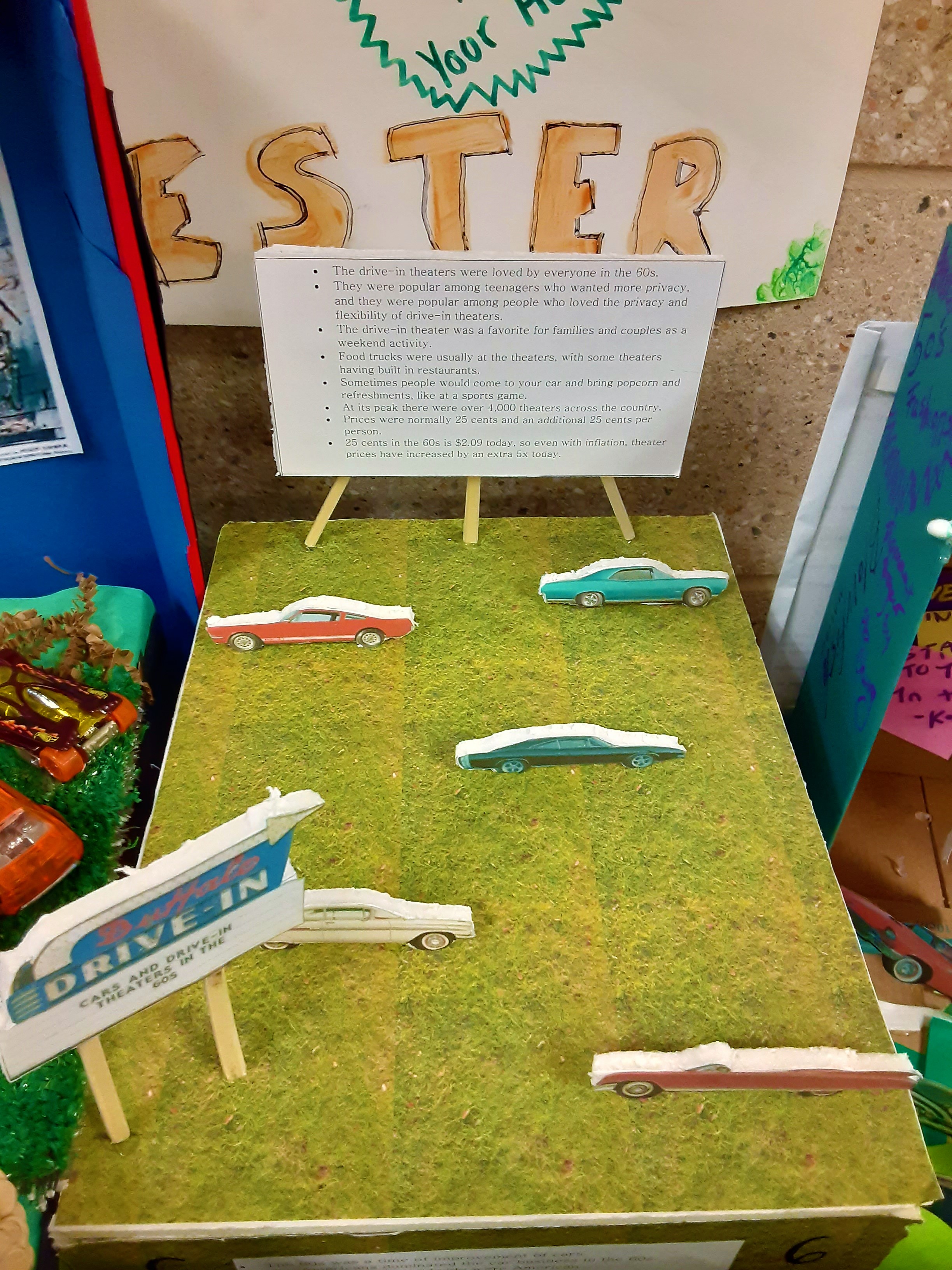 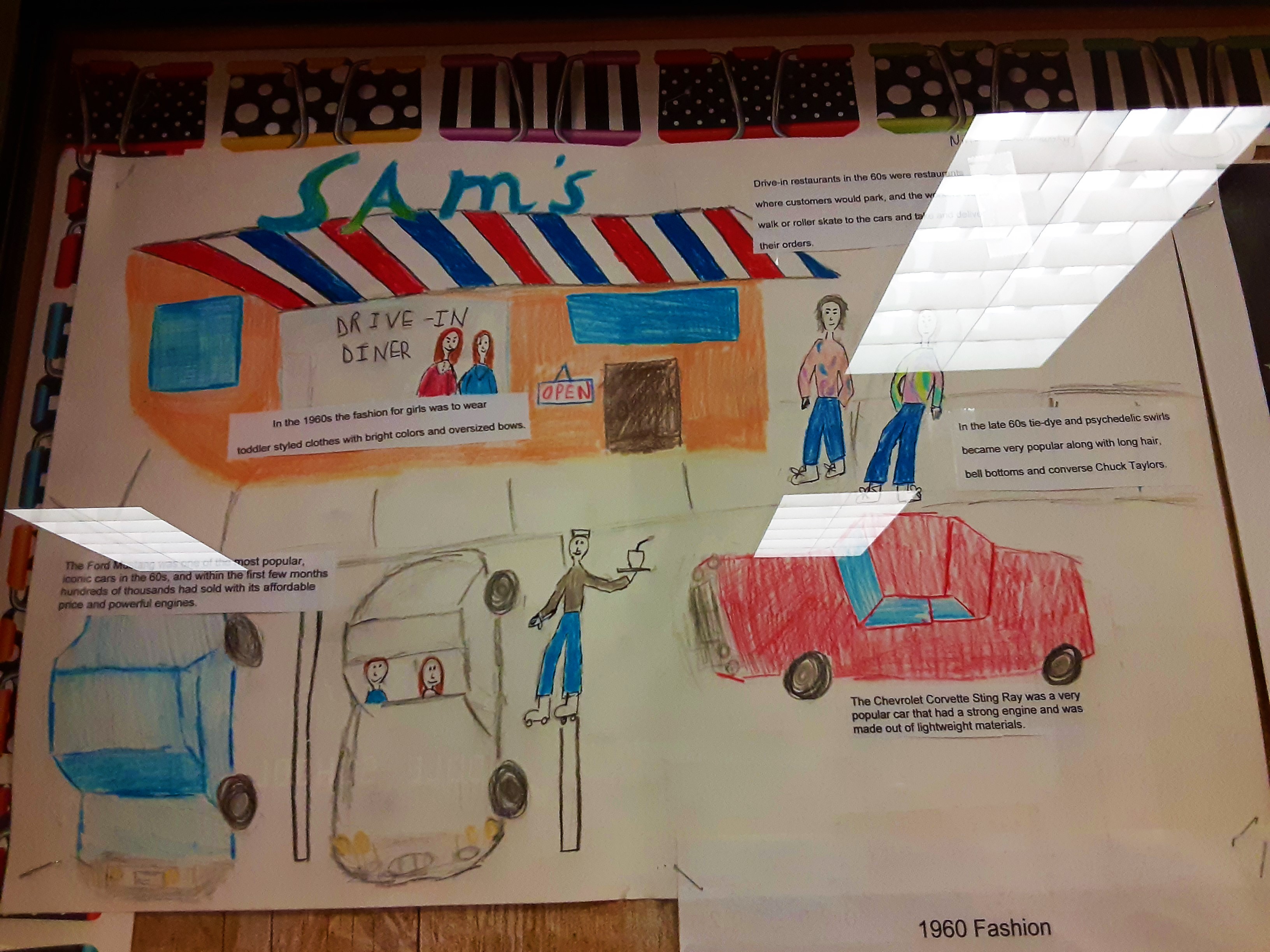 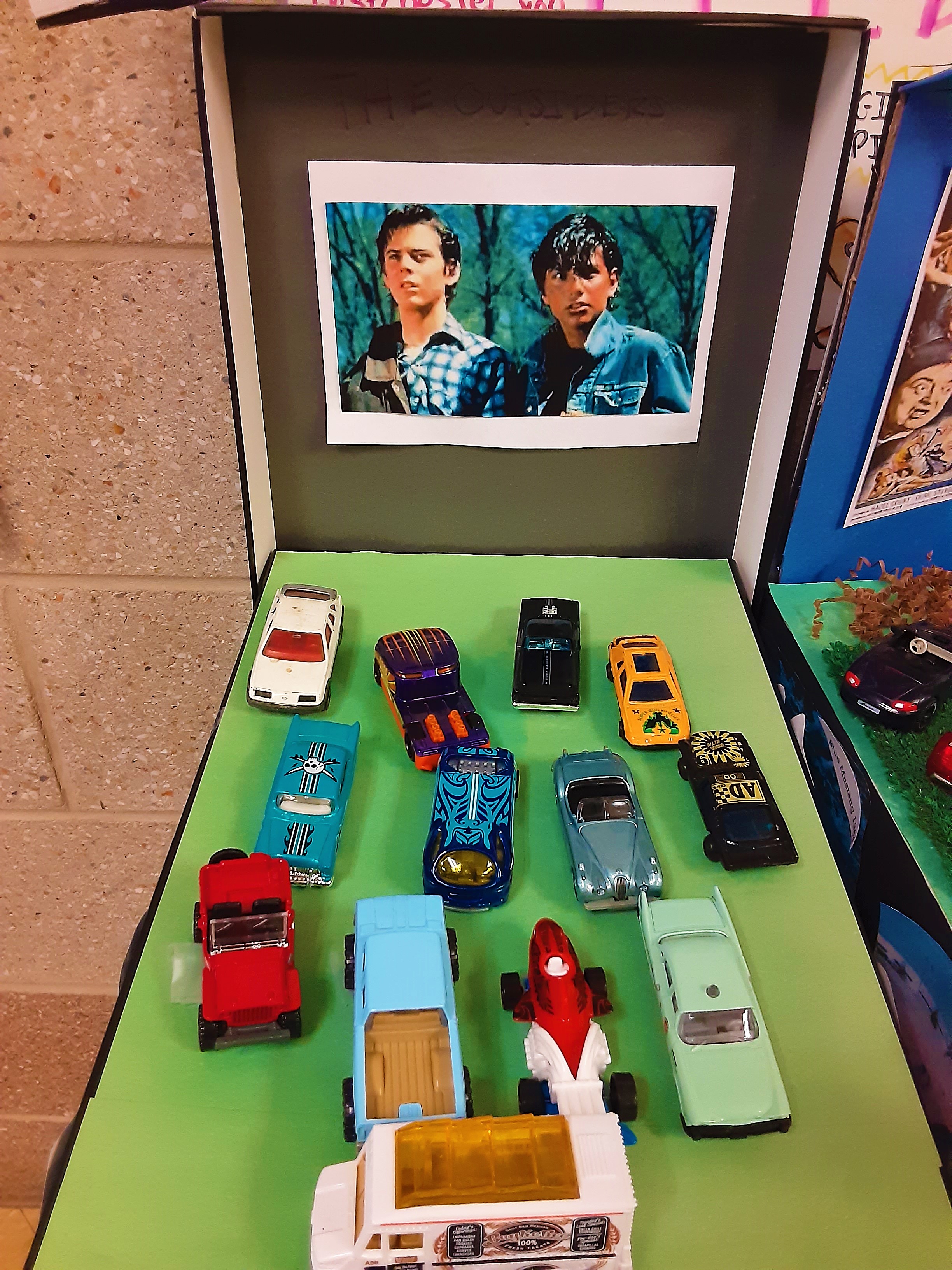 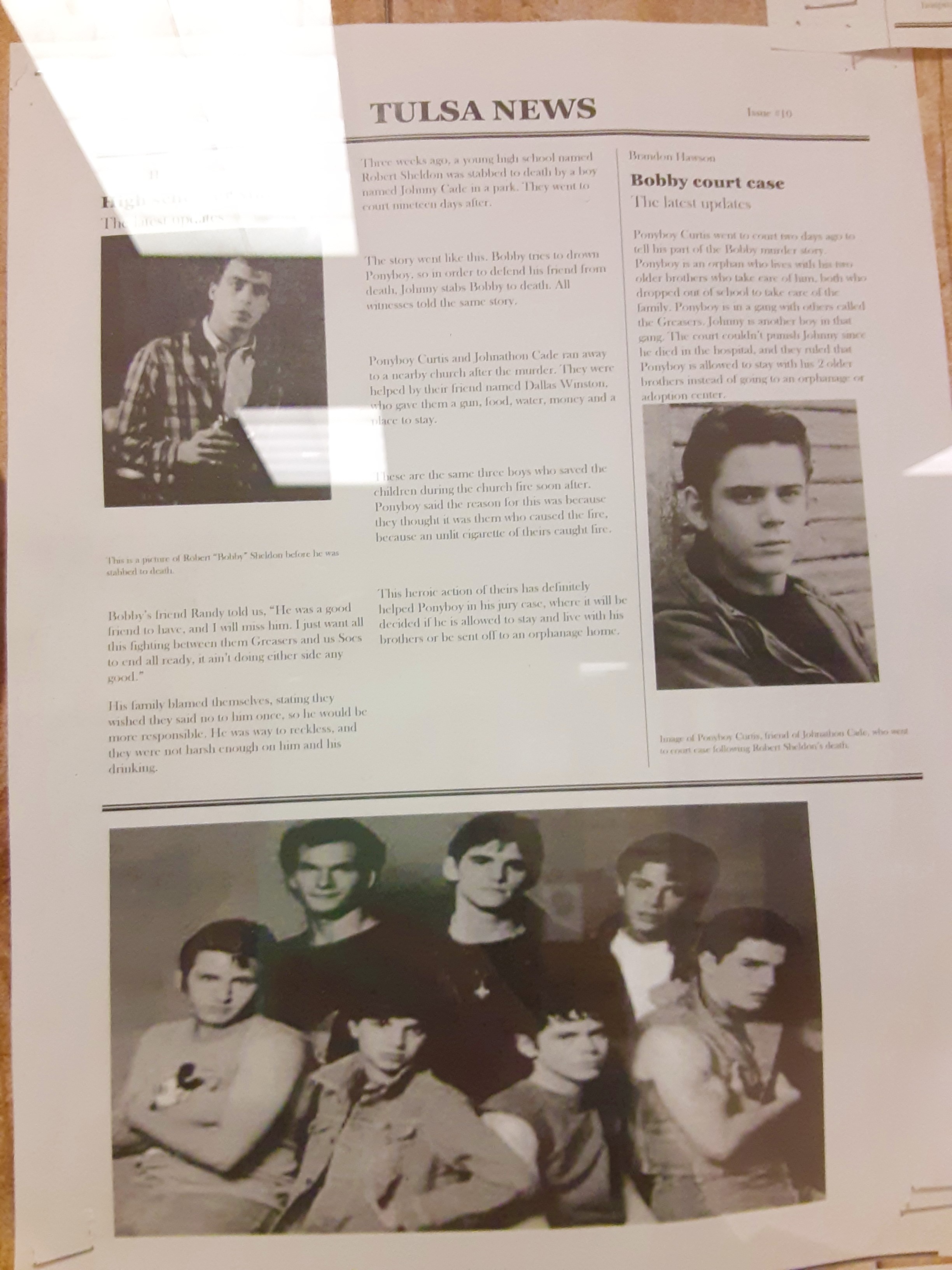 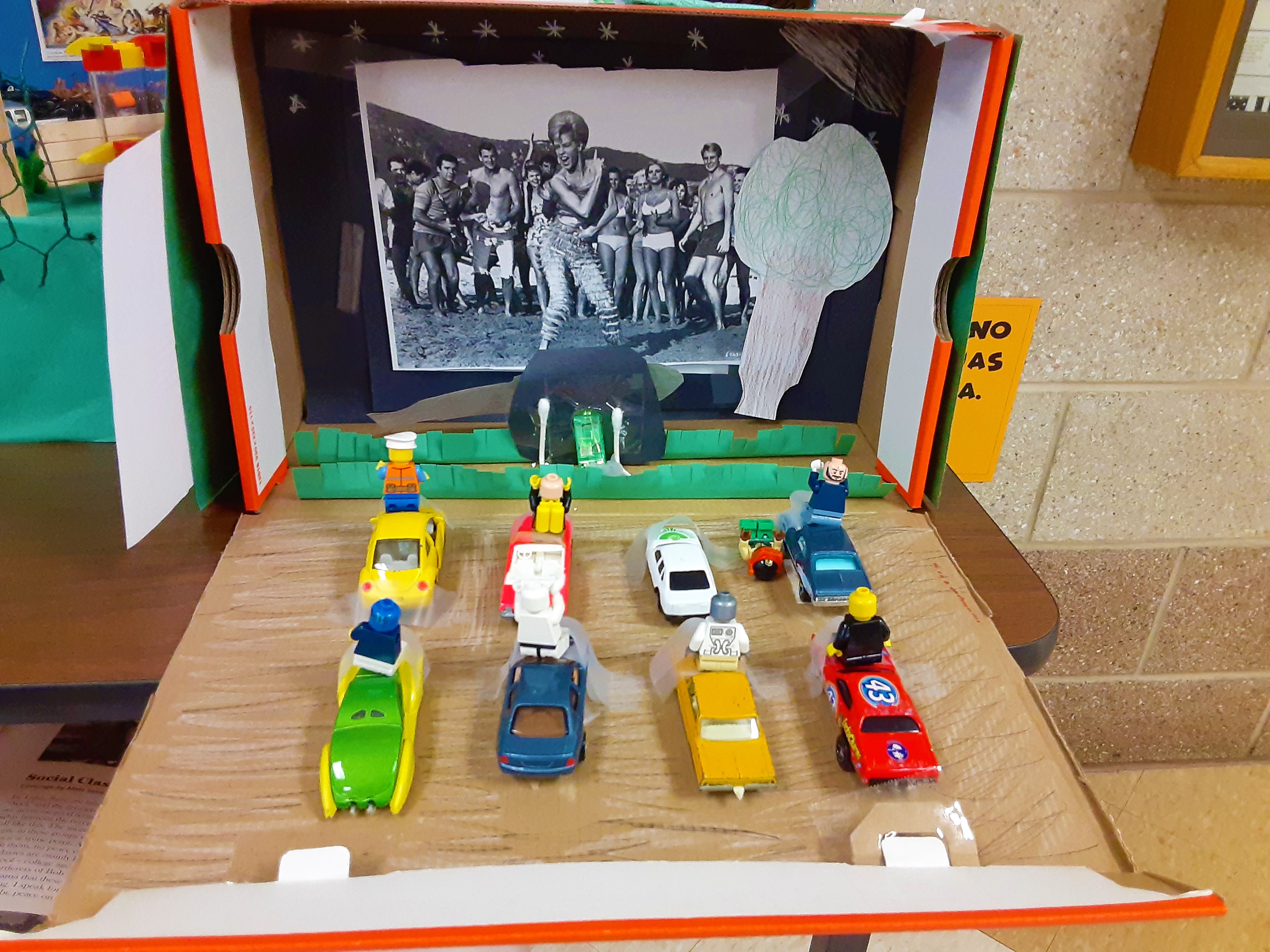