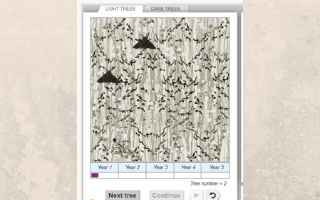 Students in Jessica Loprieno’s science class are learning first-hand about the repercussions of England’s Industrial Revolution on the evolution of animals in a virtual lab room. They have been using Gizmos – an interactive online simulation used for learning math and science.

Recently, seventh graders worked on their Natural Selection Gizmo program in which they pretended to be birds flying between trees while hunting for dark and light-colored moths.

“Students observed moth populations go up and down based on how well they were camouflaged with their environment and which populations were easy to spot and ‘eat’,” Ms. Loprieno said. 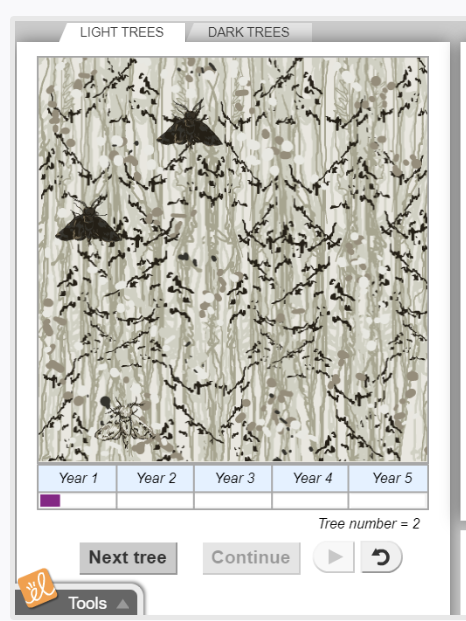 Based on what they observed, students drew conclusions that in a forest of light-colored trees the dark moth population would decline as they were all eaten by the birds, and the opposite was true in a forest of dark colored trees. The Gizmo program models the real-life example of what occurred during England's Industrial Revolution.

After participating in the virtual lab on their own students went over the data and concepts that they collected from the Gizmo program and shared them, along with their conclusions, on screen casts and live classes in Teams. 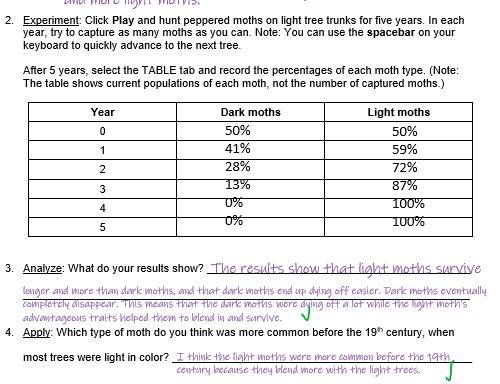 According to Seventh grader Mia Willey, doing virtual labs is a very different experience compared to what she usually does in science class. “It’s still fun, though,” she said. “Virtual labs are almost like doing real labs in class, except I don't have to go to extra lengths to set up a procedure to complete. I still have to answer questions and observe results, though. It's nice to do a virtual lab for once instead of always doing worksheets and annotations like I usually do,” she added.

“This activity is a great way for students to interact with the concepts of evolution,” Ms. Loprieno said.