Middle School Students Excel at the AMC 8 Competition Despite Setbacks 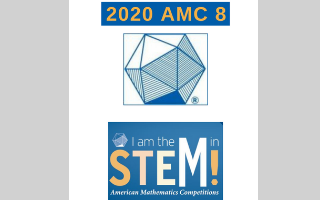 This year people have been stepping out of their comfort zone and rising to the challenge in many ways. At the Briarcliff Middle School Math Club, students had to finds ways to motivate themselves, and several of them did well on the AMC 8 Competition despite having only about two weeks to study.

“I didn’t know if this club was going to work out this year,” said Math Club advisor and Teaching Assistant Svetlana Ryzhik, who typically begins the club in early October.

“We started the club on October 28 virtually, and the AMC 8 competition was on November 11, so there was little time to practice,” she said. “The students had to practice on their own, without me pushing them but they had additional practice materials and they were self-motivated.”

“I didn’t study too much for the AMC 8 test this year, but I did study very frantically about one or two weeks before the test, and I guess that frantic studying paid off,” said seventh grader Ava Wu, who shares the third spot with seventh grader Matthew Epstein.

"I have had an interest in math for as long as I can remember, and the skills I have gained over time help me do well in math," said Riya Raina, who shars the first place with Daisy Star.

“I definitely feel like the questions were much harder this year than in previous years,” she said. “I mostly used the practice tests online and old tests from previous years to study during the short time we had,” she added.

Ms. Ryzhik is pleased with the results, especially since all the top scores were very close.

Here are the results: