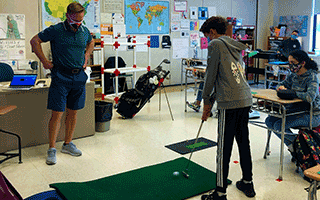 Discussing the Masters Golf Tournament and learning to putt are not usually part of the Briarcliff Middle School curriculum. In this very atypical school year, however, middle school recently learned all about golf.

“We were trying to find some excitement,” explained Physical Education teacher Brendan Coxen “The Masters Golf Tournament was coming up and I wanted to create some interest in it and introduce it to the students, along with all the stats of the tournament and how it works. I also wanted to get the students to putt a little bit and to see what it feels like.”

Most students, Mr. Coxen said, do not discover golf until later on in life, so he seized the opportunity provided by indoor classroom time to try something new. 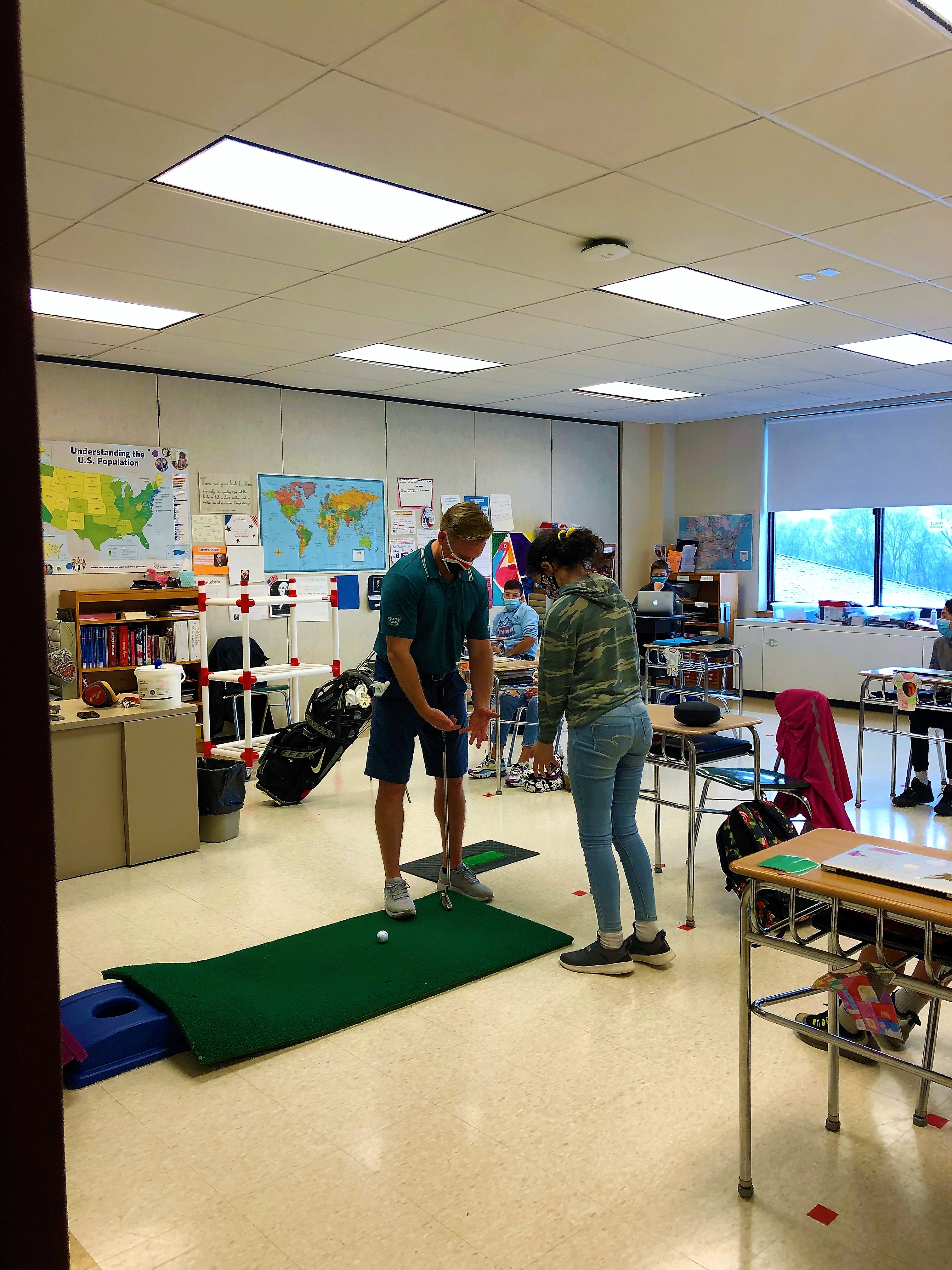 Since golf is not a part of the middle school unit, Mr. Coxen had to be resourceful when getting equipment.

“I borrowed the turf, which is the putting surface, from the Briarcliff High School golf team. I used my own putter and my teaching assistant also brought one,” he said.

The students were able to use the golf putters while still maintaining safety guidelines.

“I sanitized the putter before every class and the students also sanitized their hands before and after use,” he said. 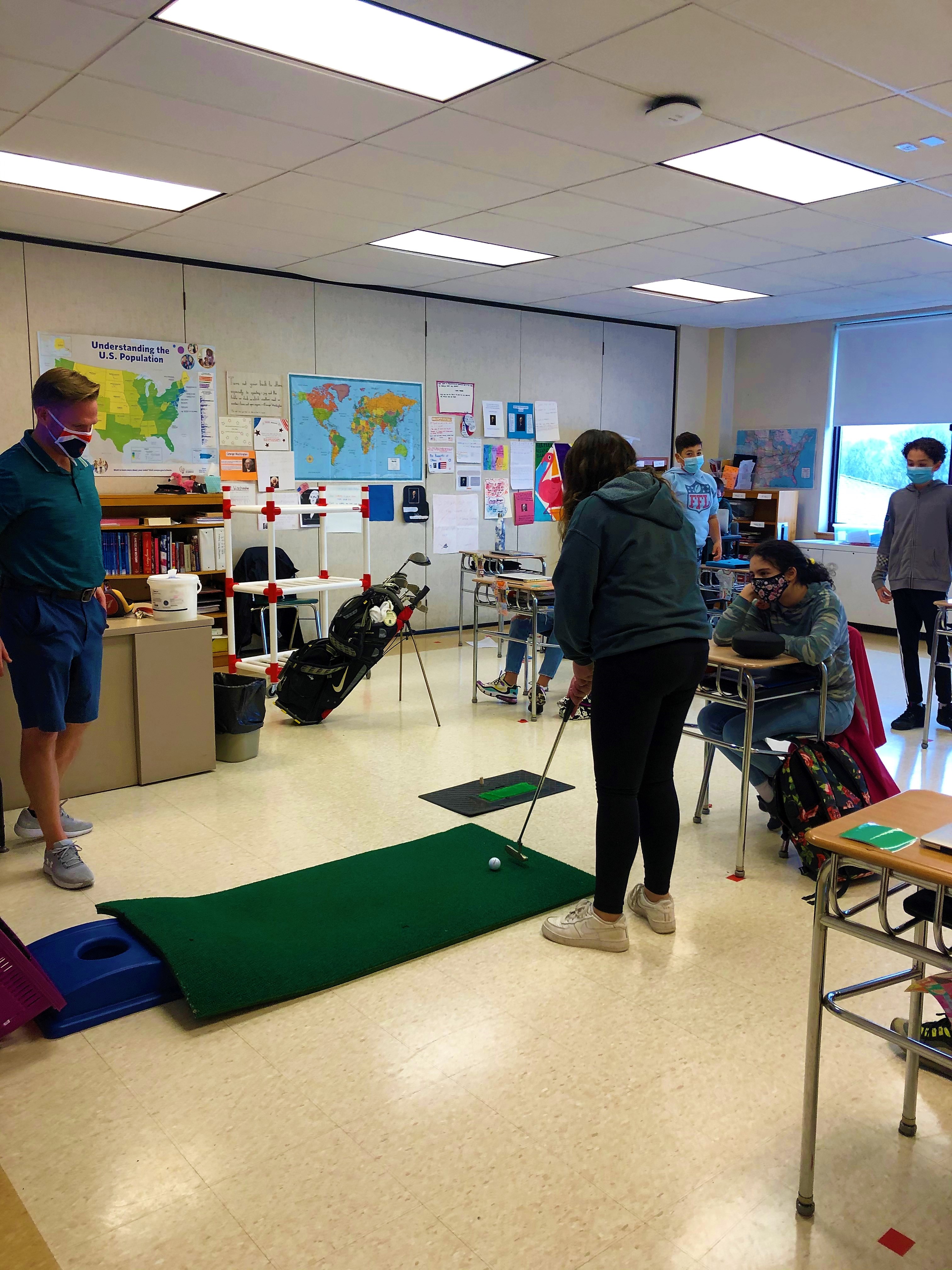 The golf lessons began on the first day of the Masters and continued until the tournament ended. Mr. Coxen began the first lesson by sharing his own experience with golf.

“I told the students that when I was in middle school I thought golf was boring but it has changed so much. Golf is dynamic and exciting now,” Mr. Coxen said, adding that better nutrition and better equipment have improved player performance. “That peaked their interest.”

“The students really got into it. They had a great time trying to putt. When they got the ball in they were excited. And when they didn’t, they wanted to try again,” said Mr. Coxen. 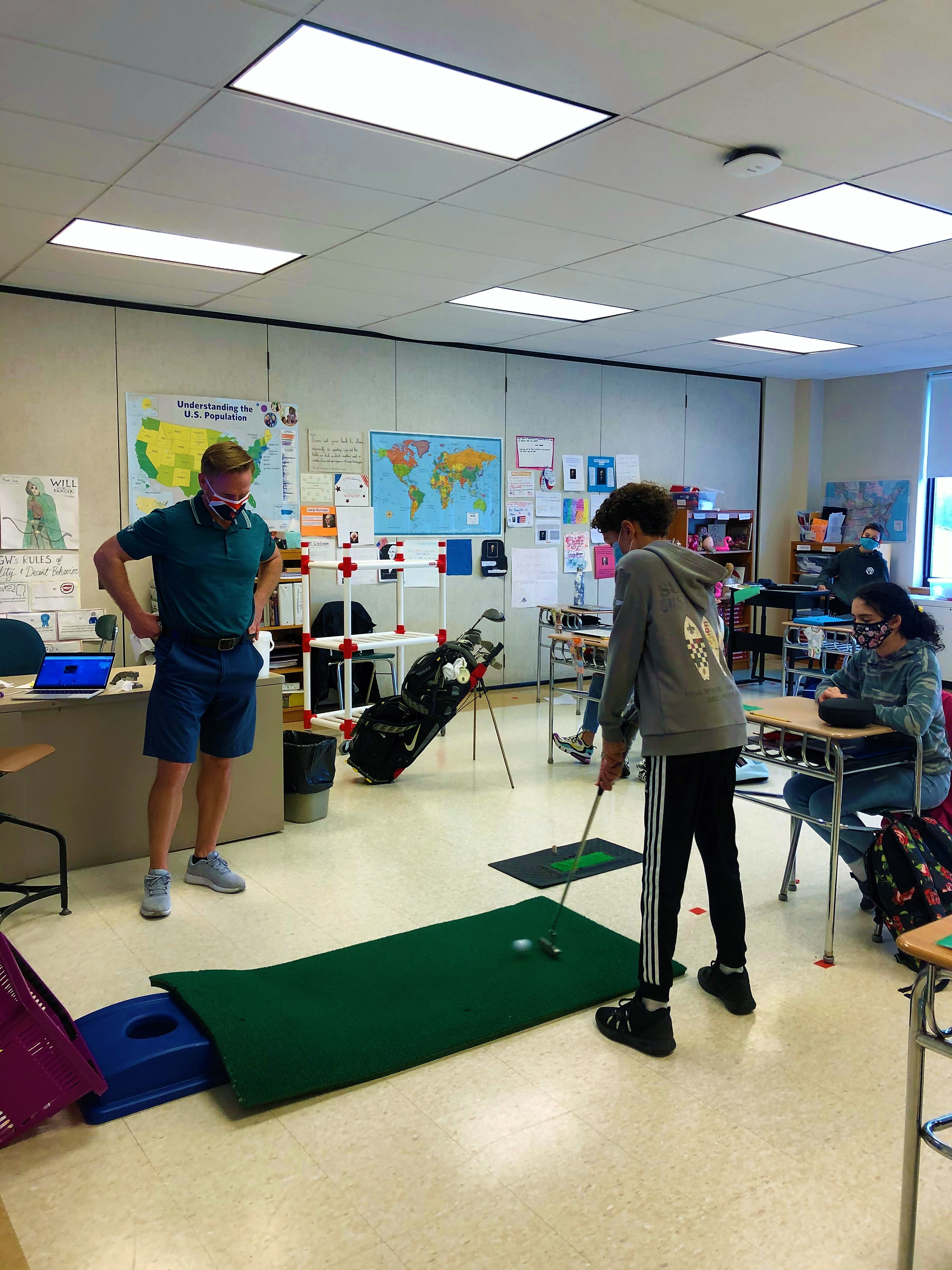 Now that the Masters is over, Mr. Coxen is preparing for the possibility of virtual learning so the students are working on creating their own workouts, based on exercises they already know. For sixth graders, this means using many exercises they learned in fifth grade at Todd Elementary.

“I wanted to make sure the students have the opportunity and foundation to build their own workouts that they can do at home or in class,” Mr. Coxen said.