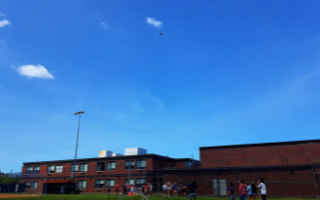 Some serious engineering talent is heading to Briarcliff High School next fall.

Before their Moving Up ceremony, eighth graders engineered rockets and launched them high in the sky in a friendly competition in Jodi Shearer’s science class.

“This year they were able to work in groups to design their rocket,” Ms. Shearer said. “Last year they made their own rockets at home and the previous year we did not hold the launch at all.”

Students used materials provided in class to build their rockets. They were able to “purchase” materials, such as plastic bottles of various sizes and duct tape from Ms. Shearer using tokens. 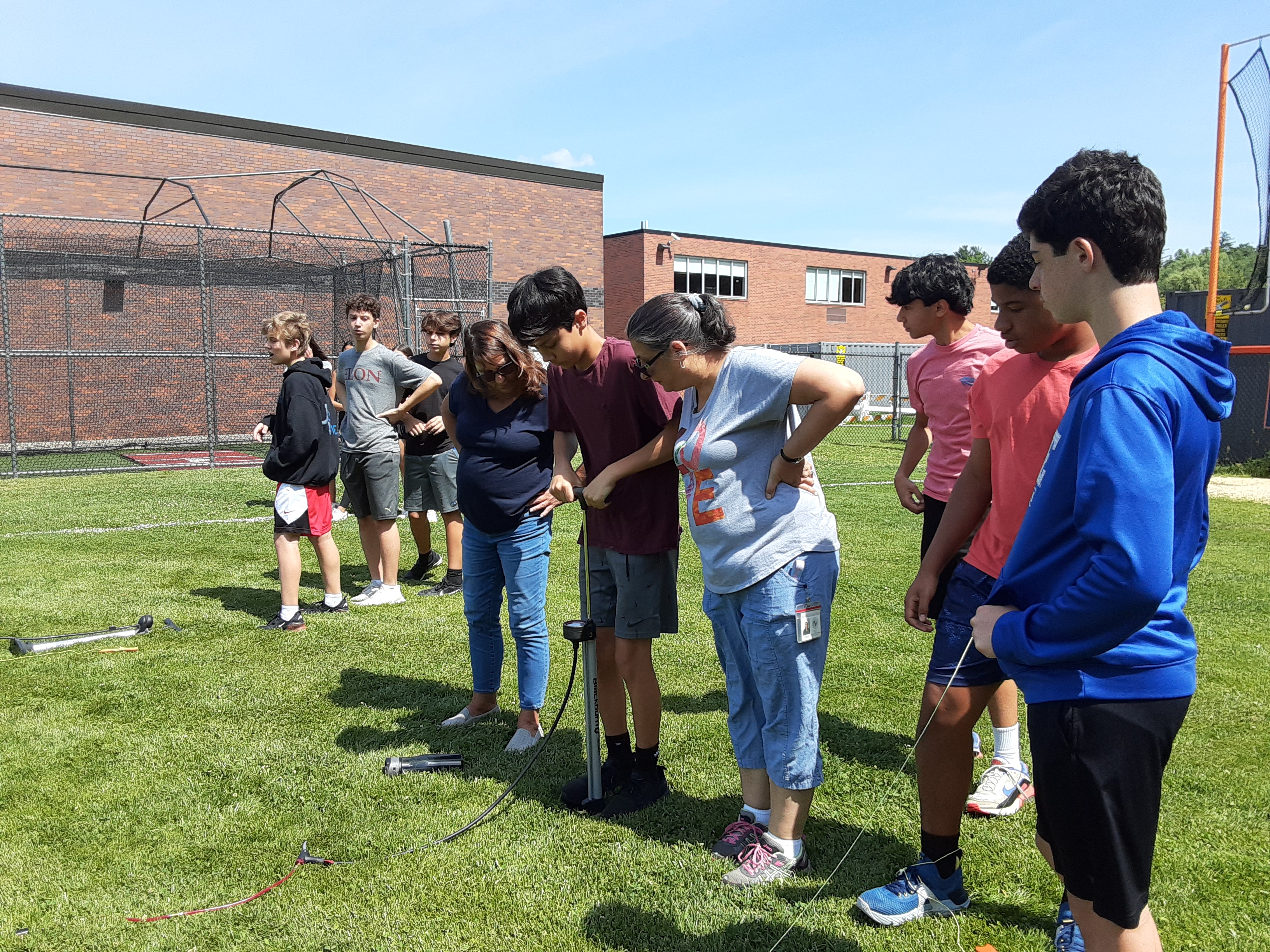 “Each group received a budget of six tokens and they were allowed to use only certain materials,” Ms. Shearer said. “We did an initial launch the previous week and the students revised their designs. They will write a reflection about it tomorrow.”

During the launch, students filled their bottles with water, which acts as a “propellent.” When the rocket is launched, the water spills out of it and makes the rocket fly higher. 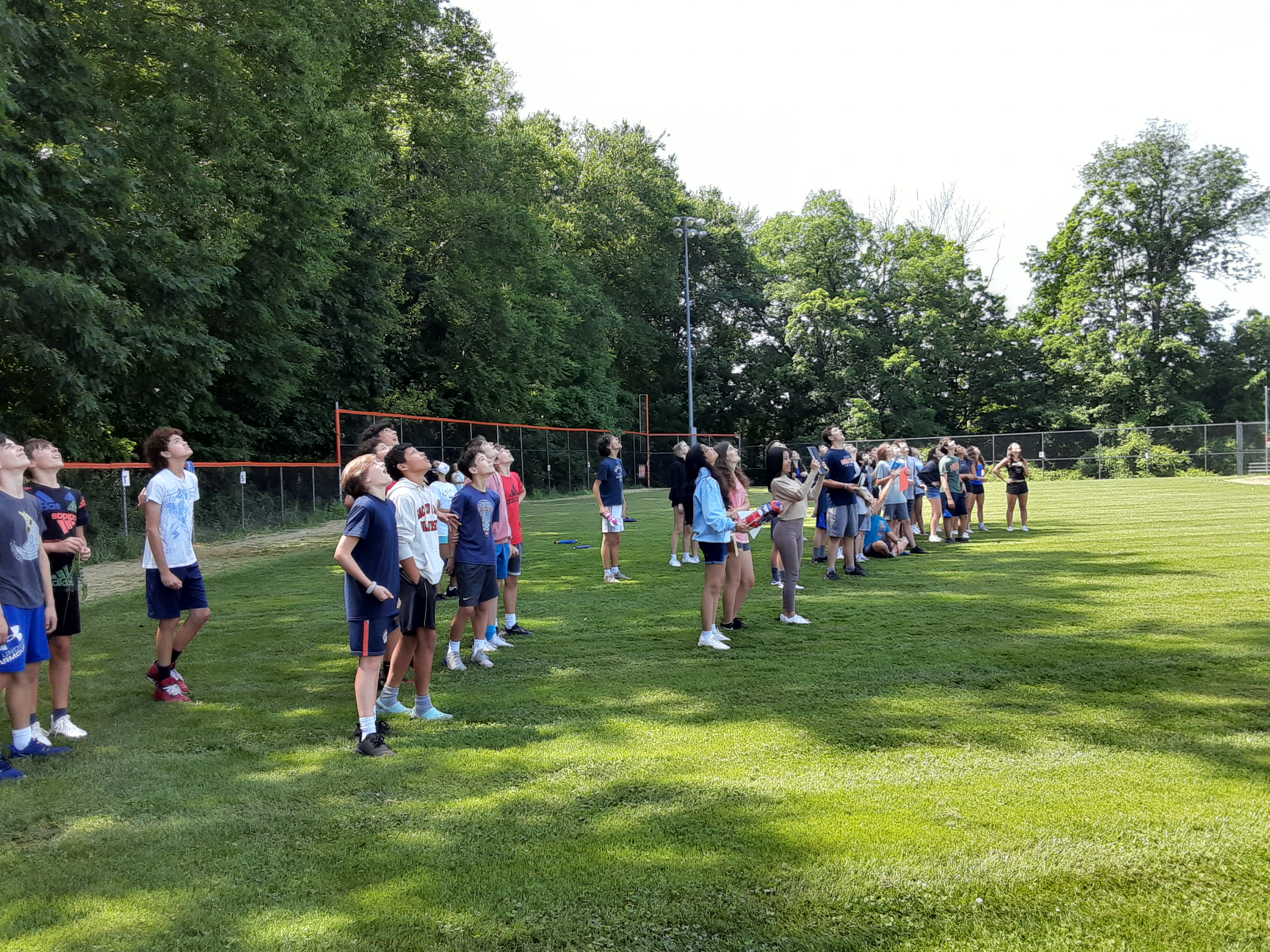 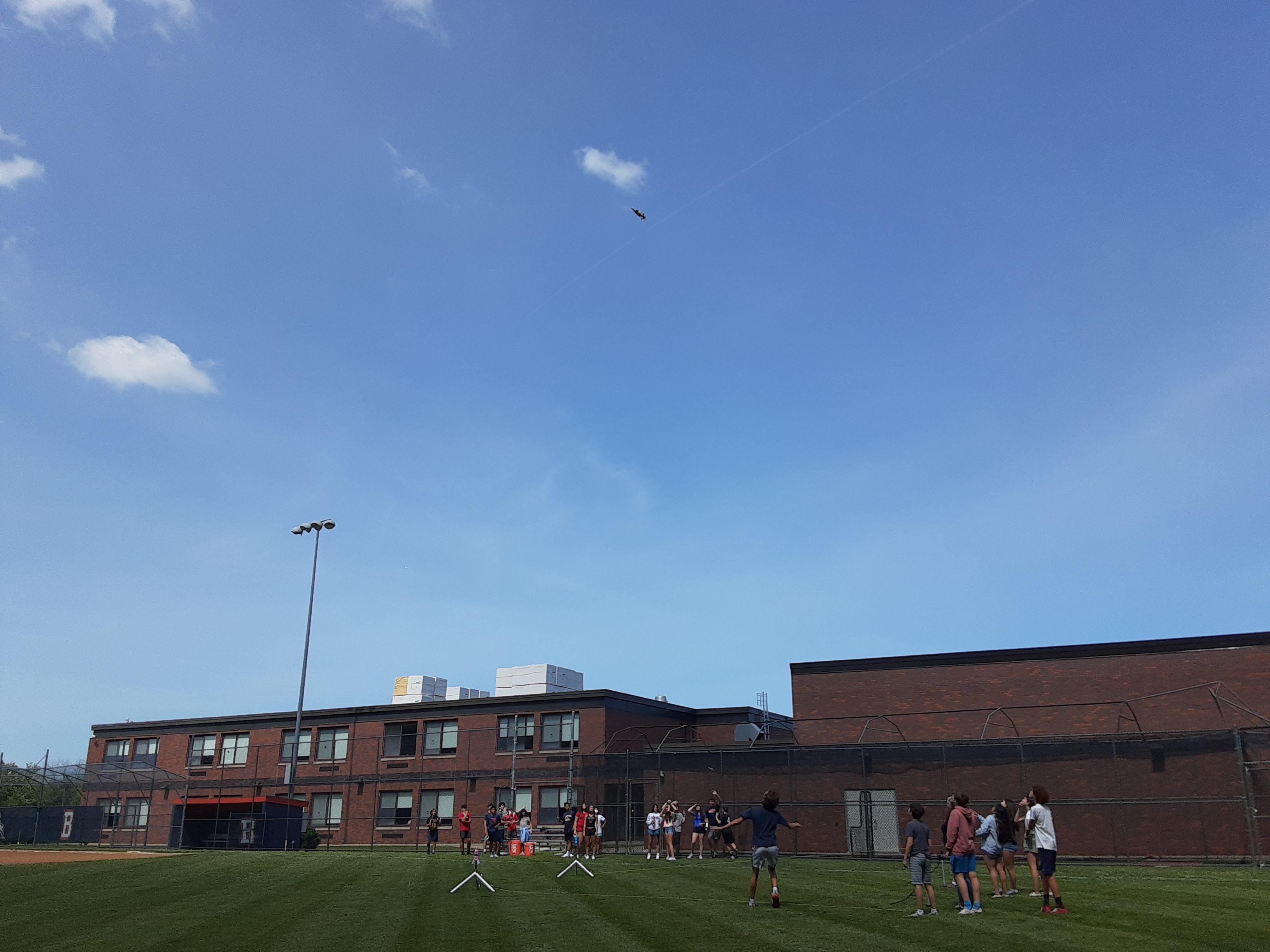 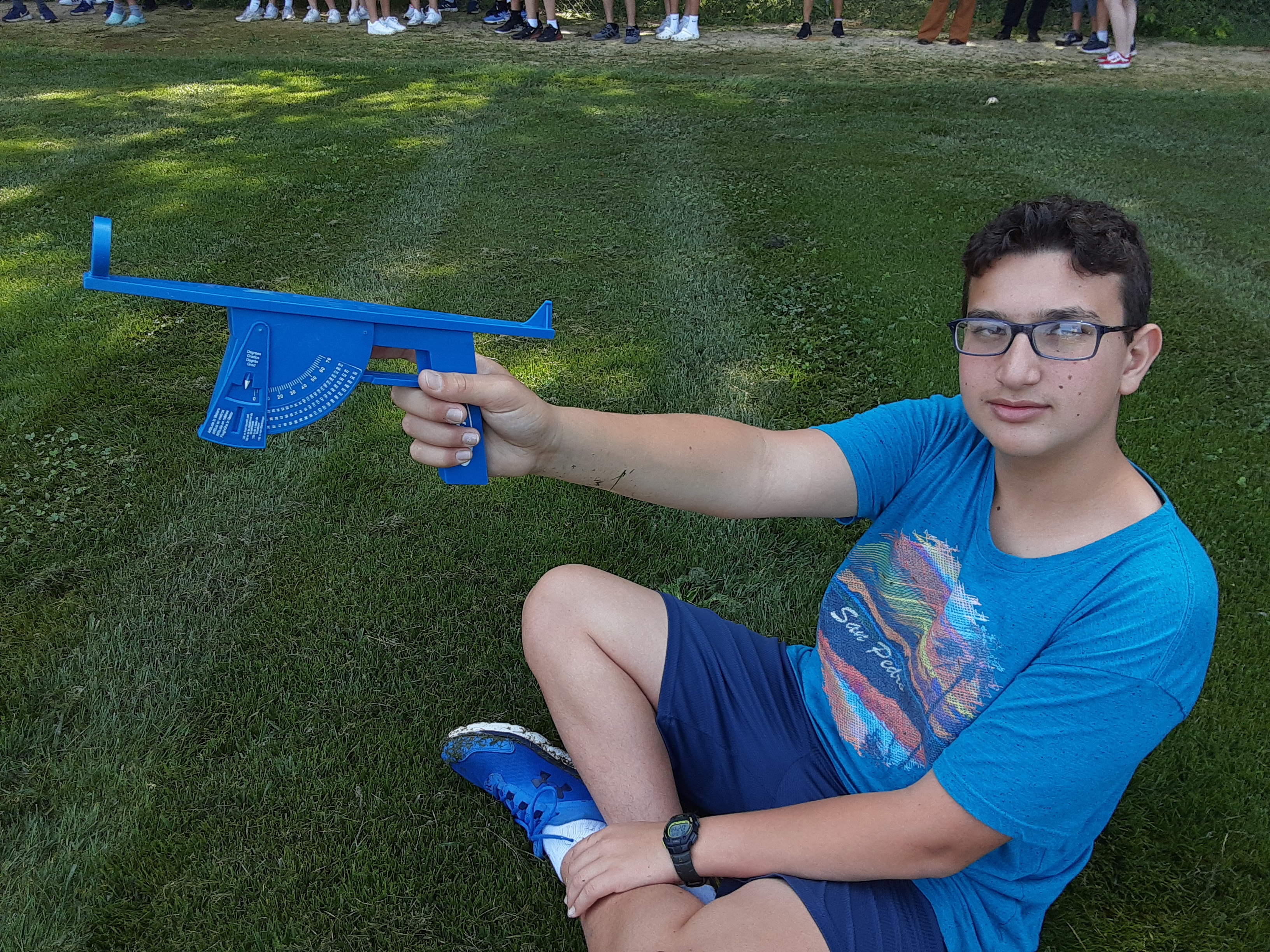 One student volunteered to take videos with an iPad, while another measured the angle that the rocket moves up in the sky, using a special measuring tool.

“He will measure the angle to see which is the highest,” Ms. Shearer said.

Each rocket had its own unique name, but some groups had themes; there was a traffic cone, a penguin, a rocket with a sports theme with photos of athletes on it, and one rocket was called Nuketown COD, which is based on the video game “Call of Duty.” 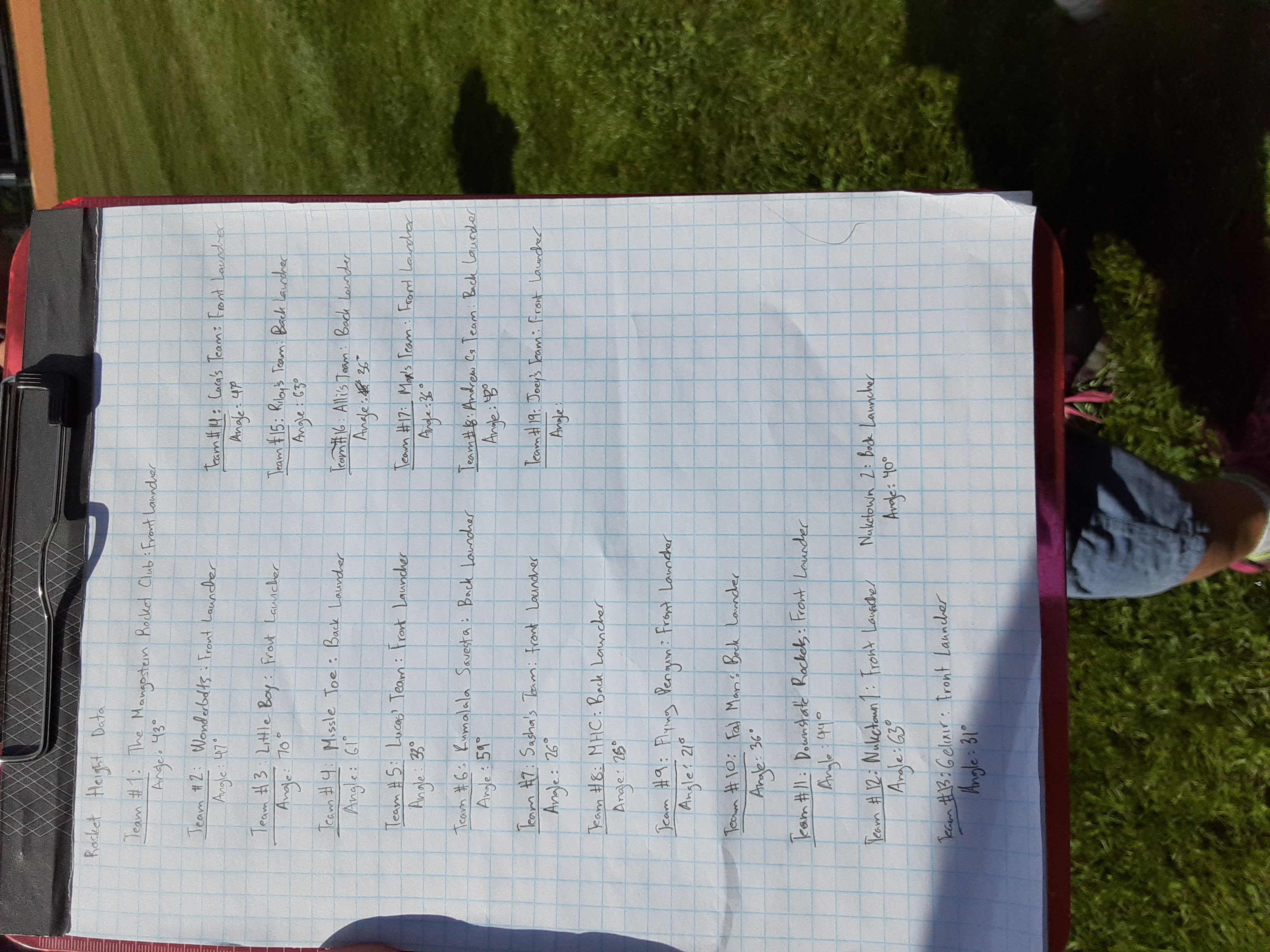 After all of the rockets were launched, the highest scorers – those whose angle was highest – launched their rockets again to see who would win.

Elias, Austin and Aidan’s team credit their rocket’s success to the thin duct tape they put on the outside of it.

“The rocket is really thin and smooth on the outside because we didn’t put too much duct tape,” they said. “And the bigger bottle has more air than the smaller bottles.”

Markus, Carlo, Graysen, Christina and Gisele’s team made a rocket that featured a cone on the top of it.

“We put a foam cone at the top to pierce through the air, and also so that when it hits the ground, it won’t crash,” Graysen said. “I was the engineer for this. I hope to take an engineering class at the high school.” 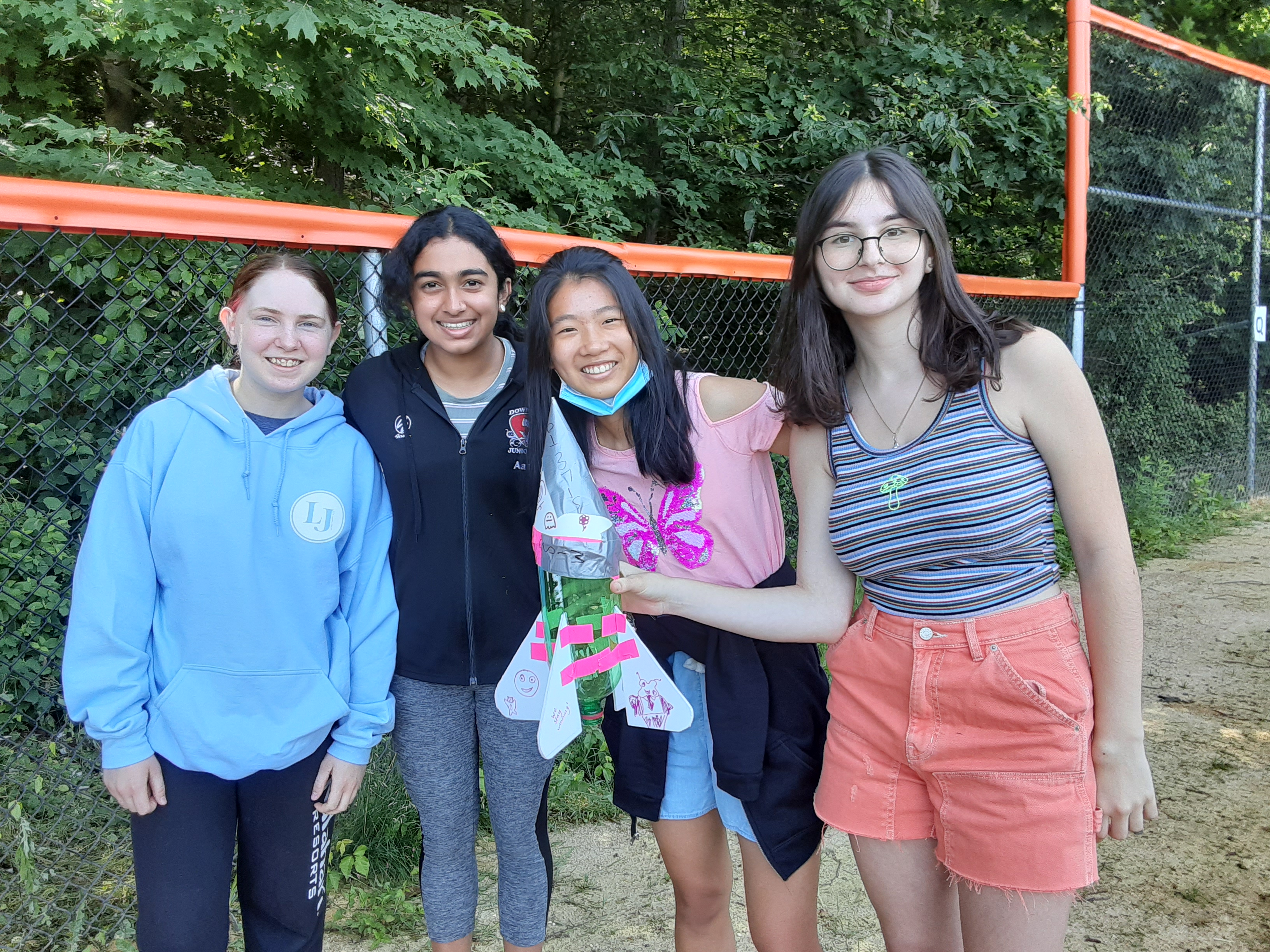 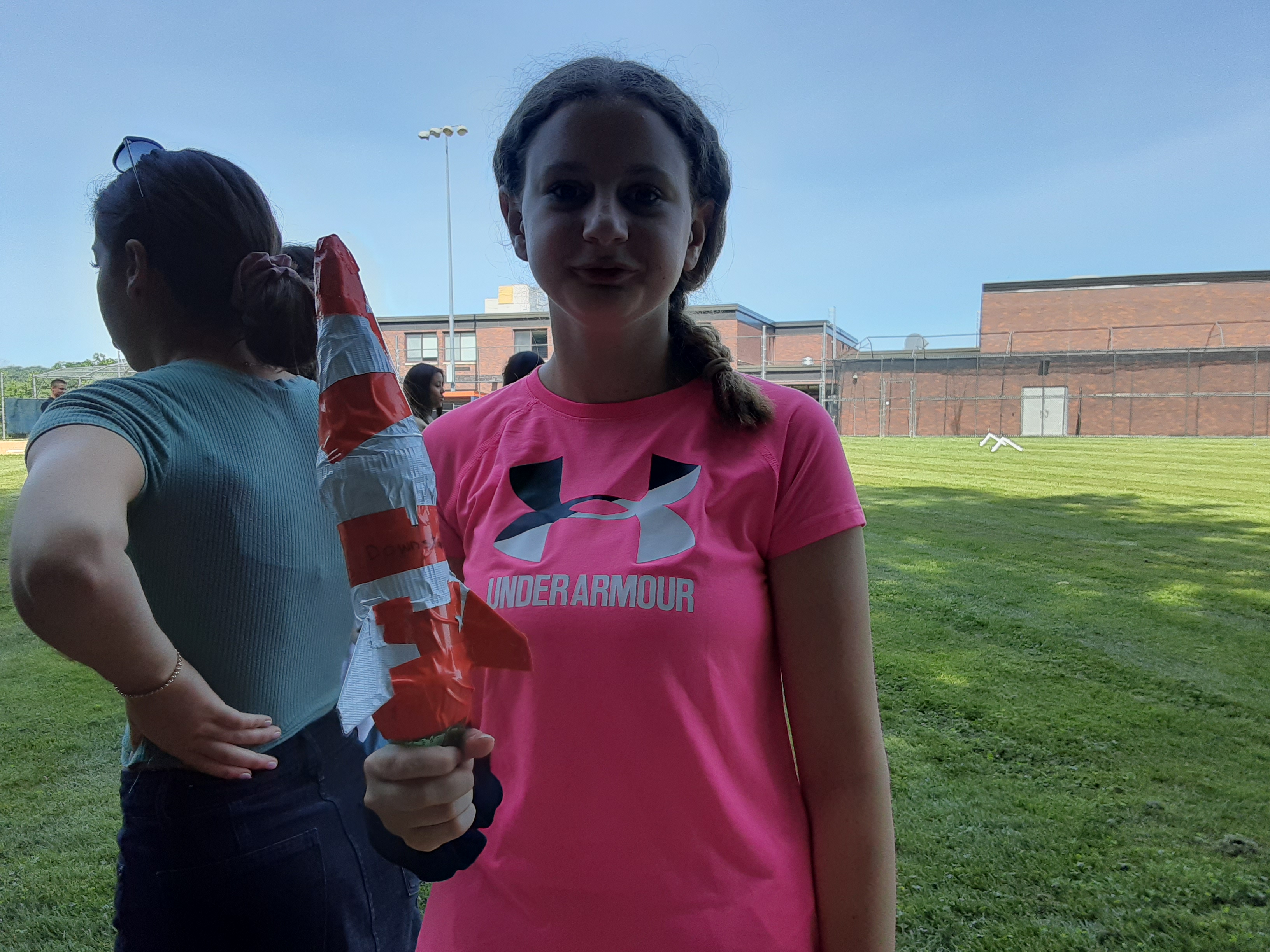 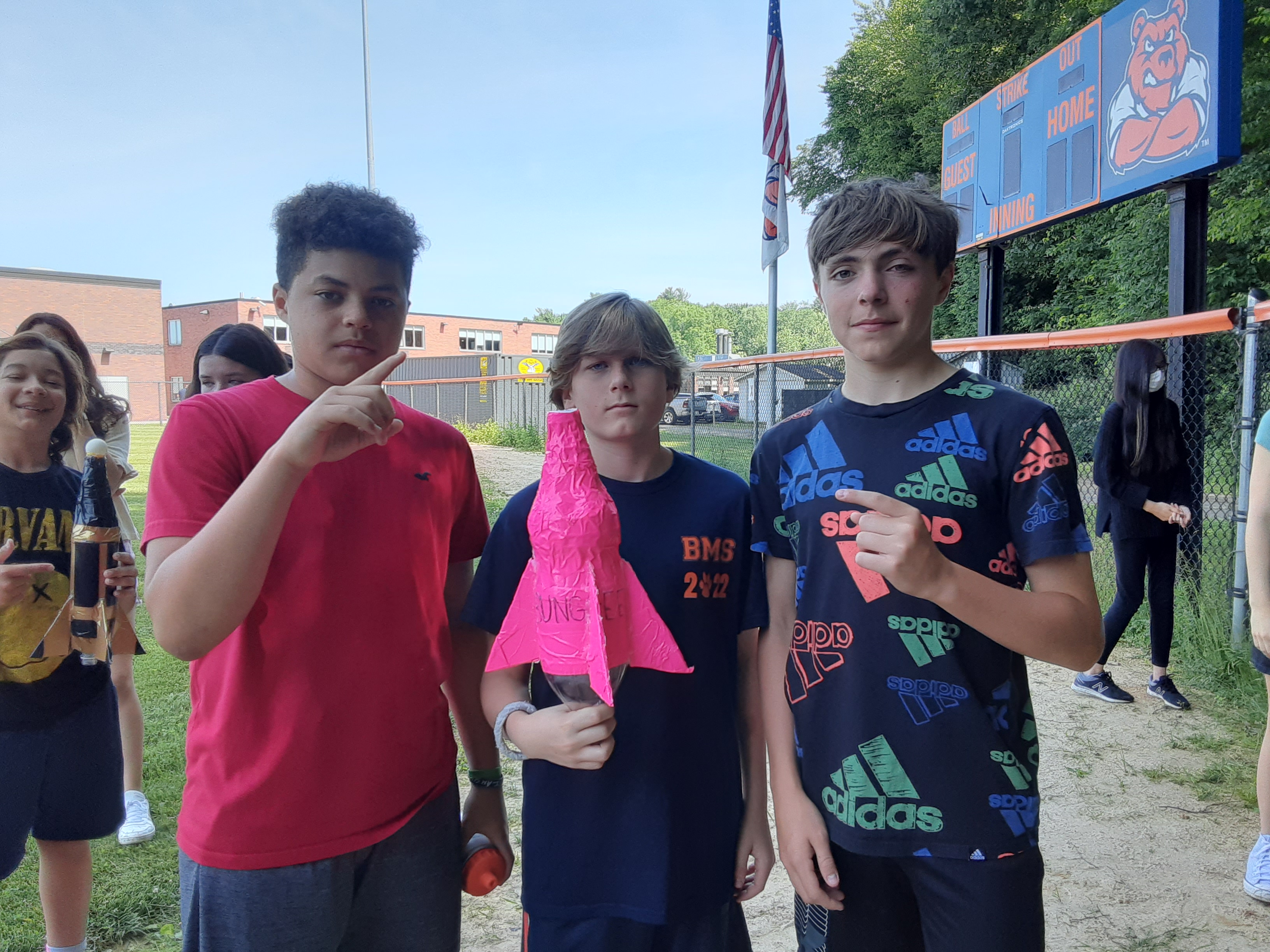 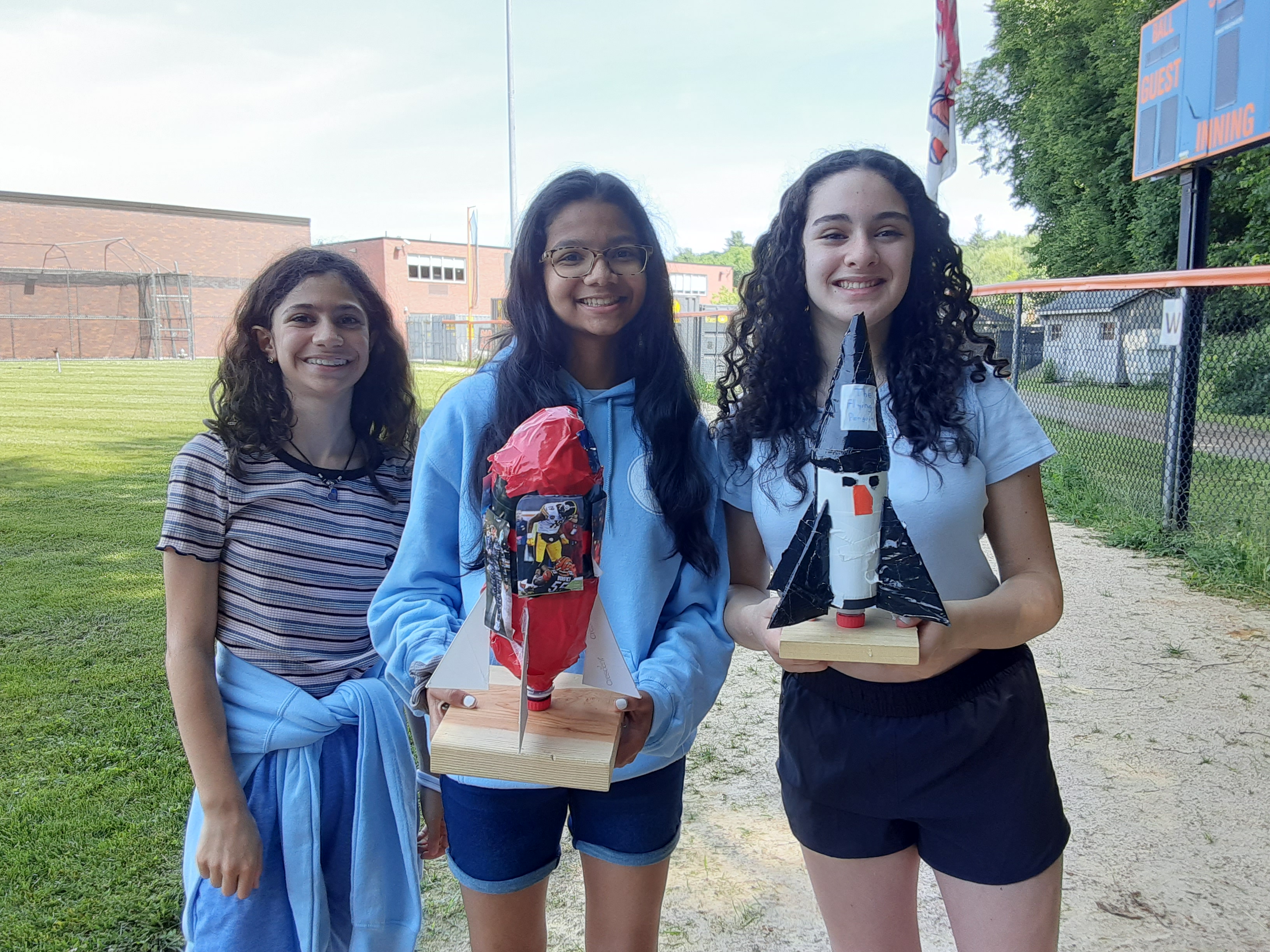