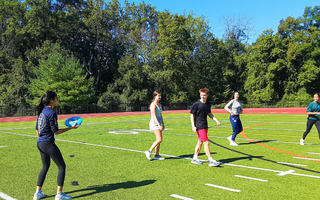 Although some of the upperclassmen are already familiar with the game, for some ninth graders, it is new. 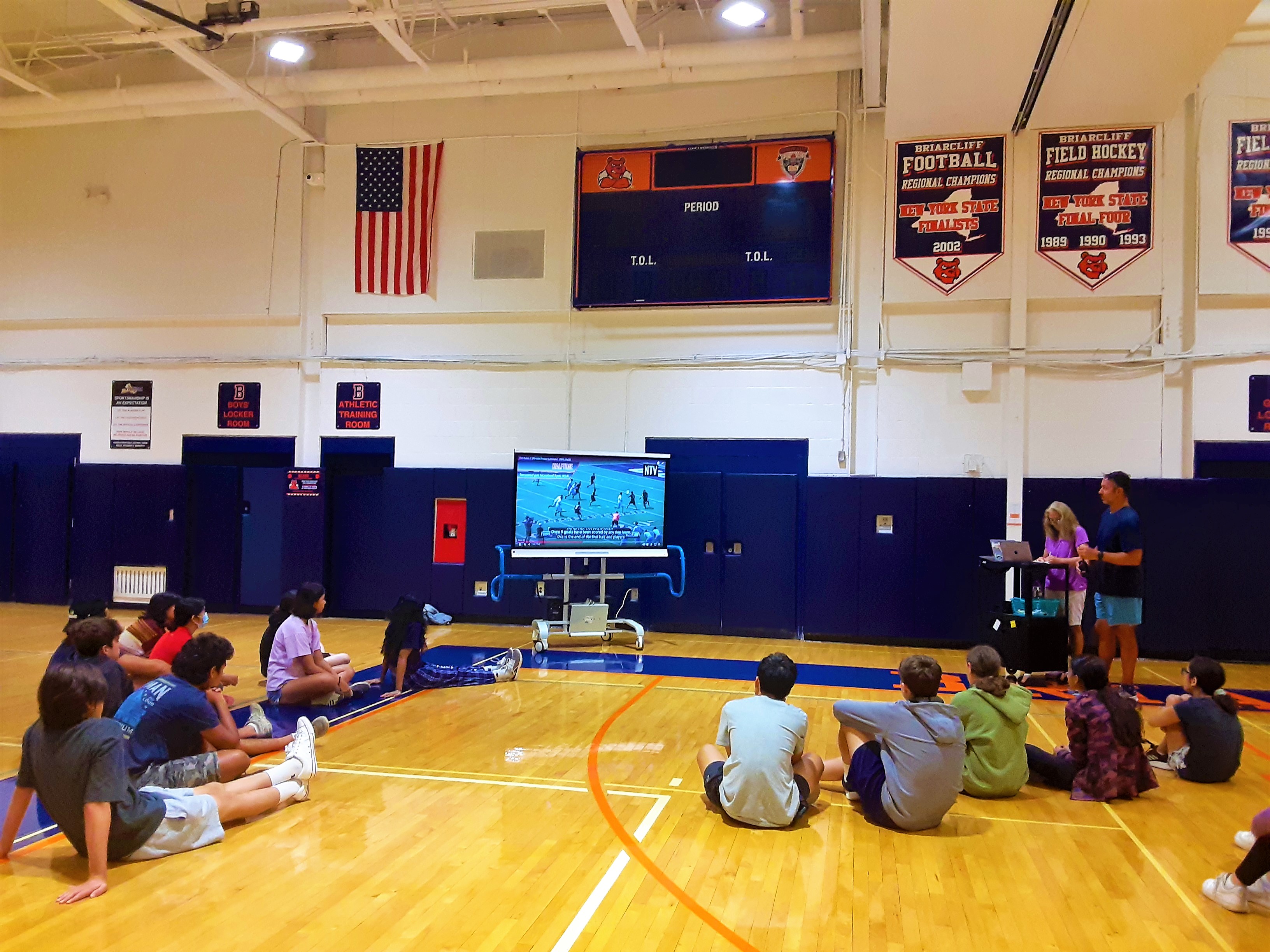 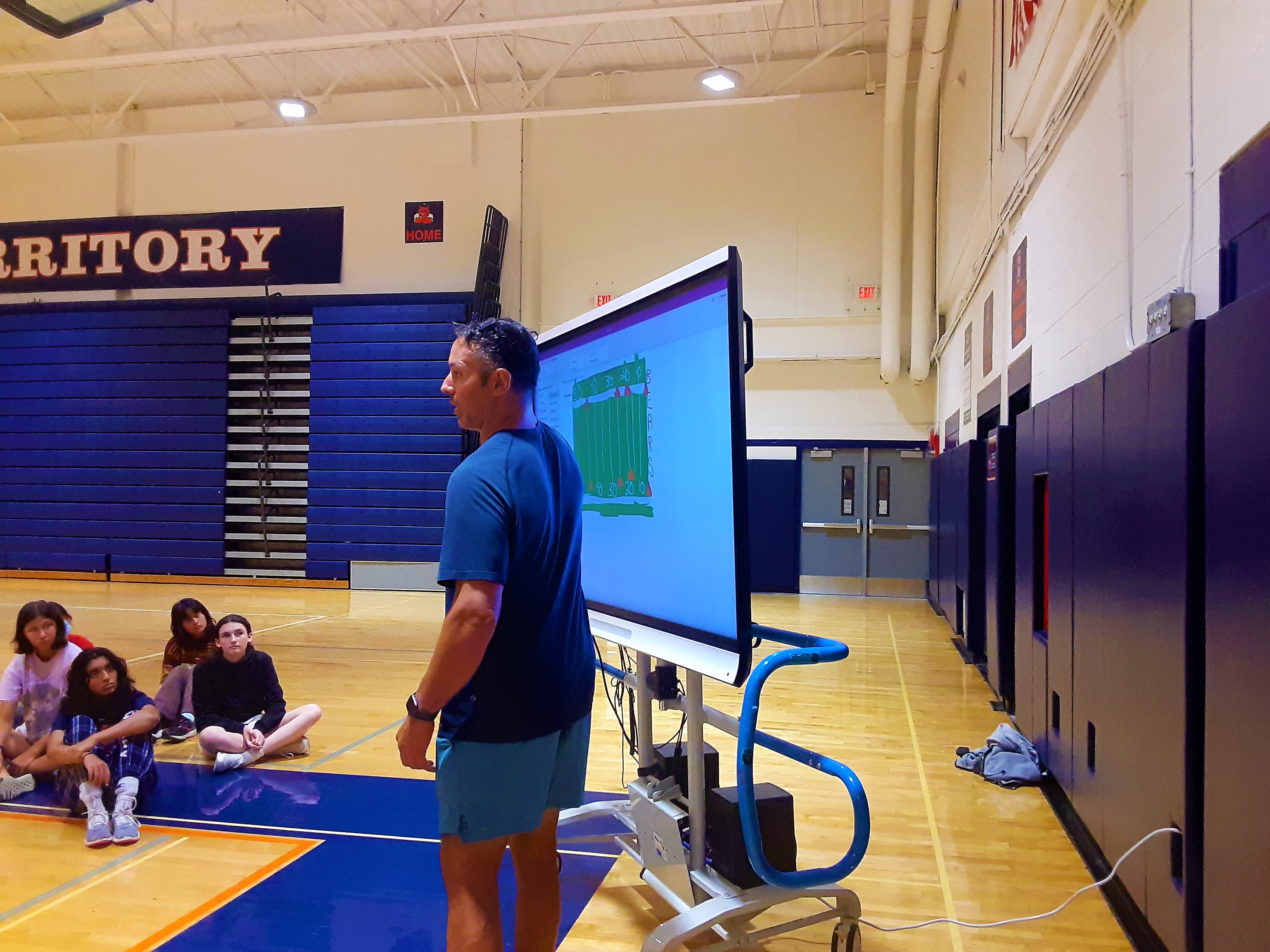 Students began by watching a video and learning the rules, and then headed outdoors for warm-up and short games, which they played in small teams of four or five students.

“Remember, the more you move, the more likely you will be available to catch the frisbee,” Ms. Thau told the students. 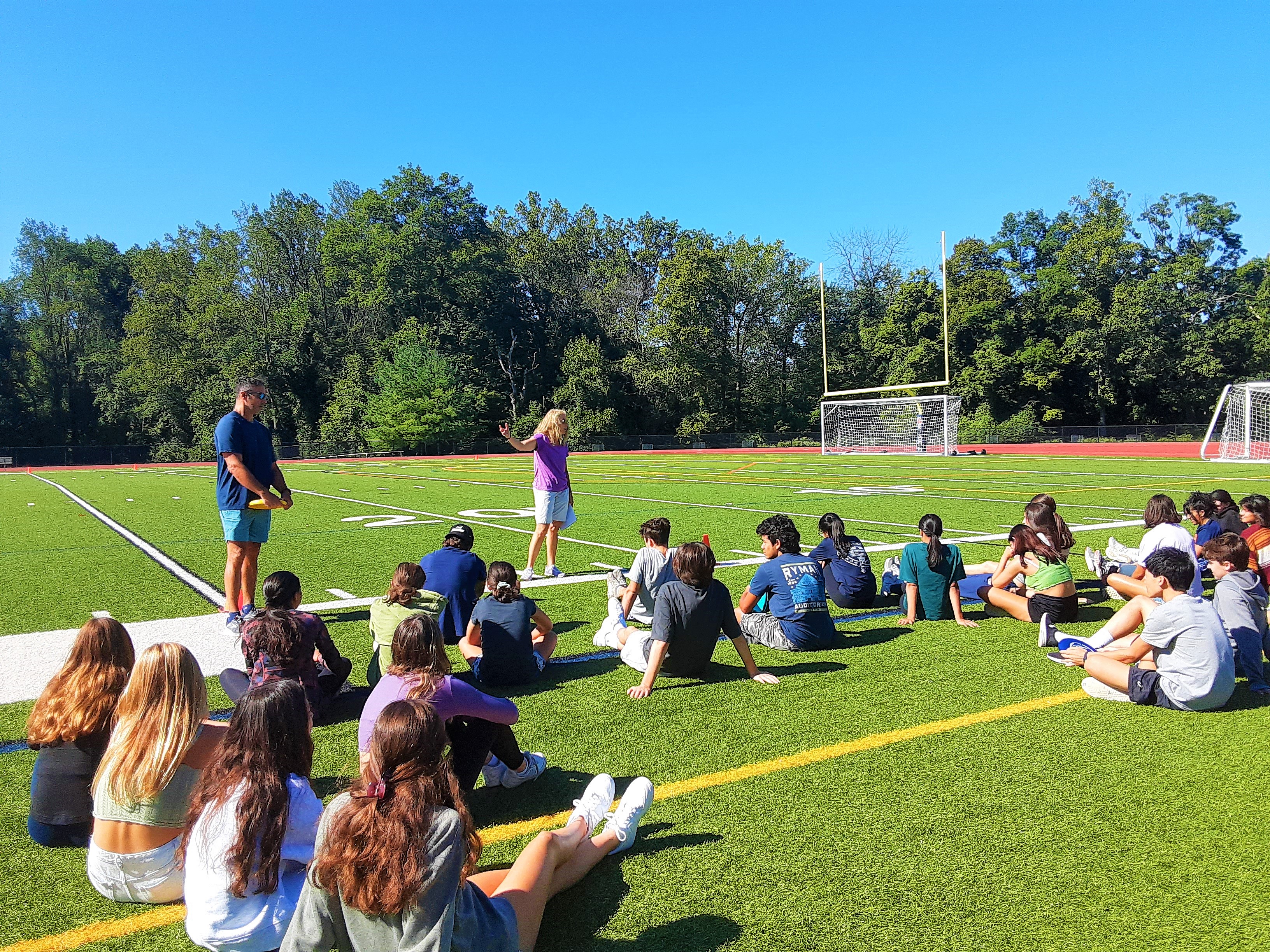 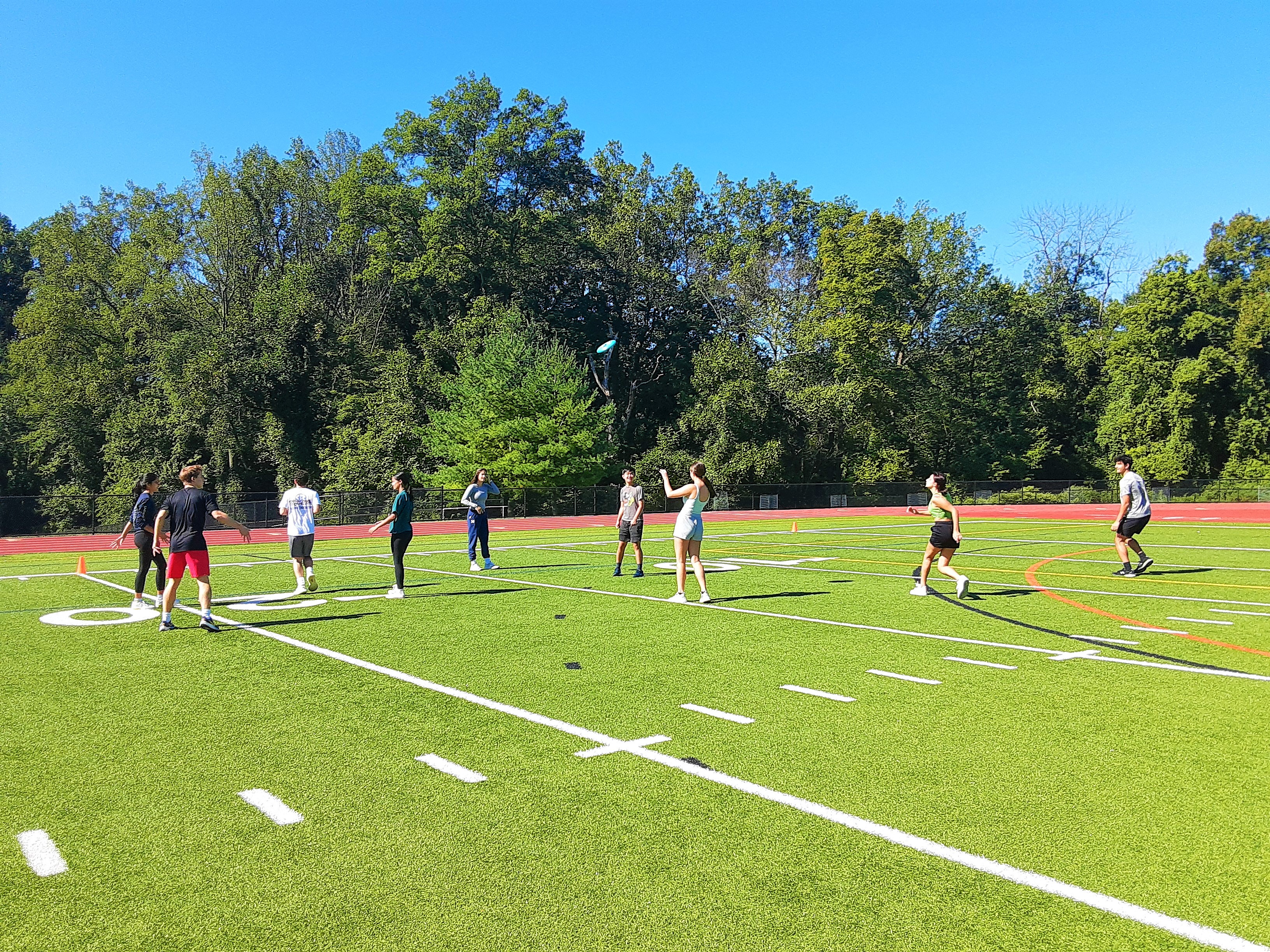 According to Ms. Thau, the students played a round-robin tournament and will continue to do so for a few days, until eventually the winning teams will play each other.

Adrianna and Nina, both juniors, learned how to play the game at the school in previous years.

“It’s nice because it’s different than playing a regular sport like soccer or basketball, because it’s not something that we’d play outside of school,” Adrianna said.

“Anyone can play it, you don’t have to be in great shape,” Nina said. “It’s fun and no one judges you.”

Adrianna, who plays basketball and lacrosse, agreed. “Everybody is inclusive and it’s easy to play.” 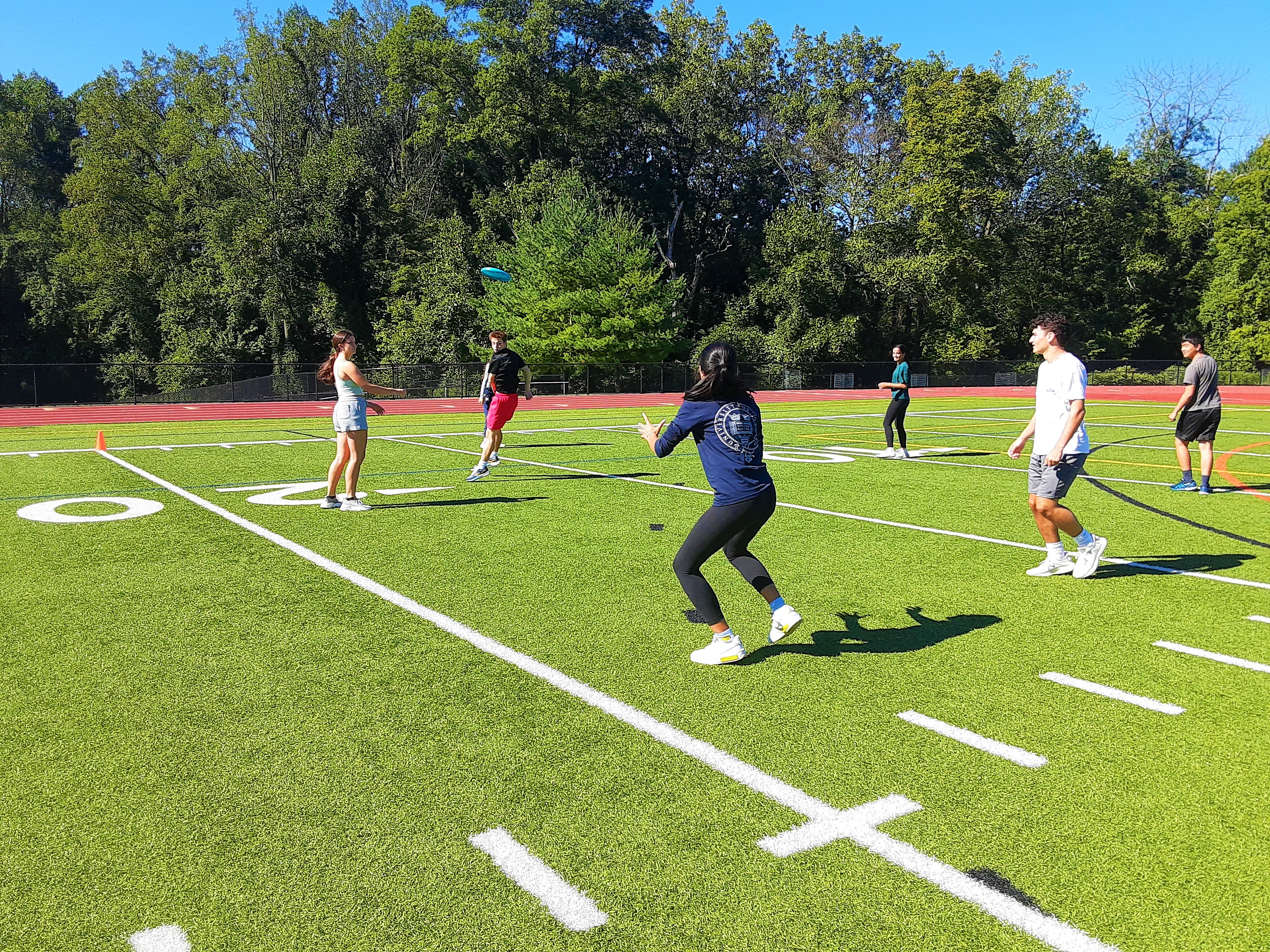 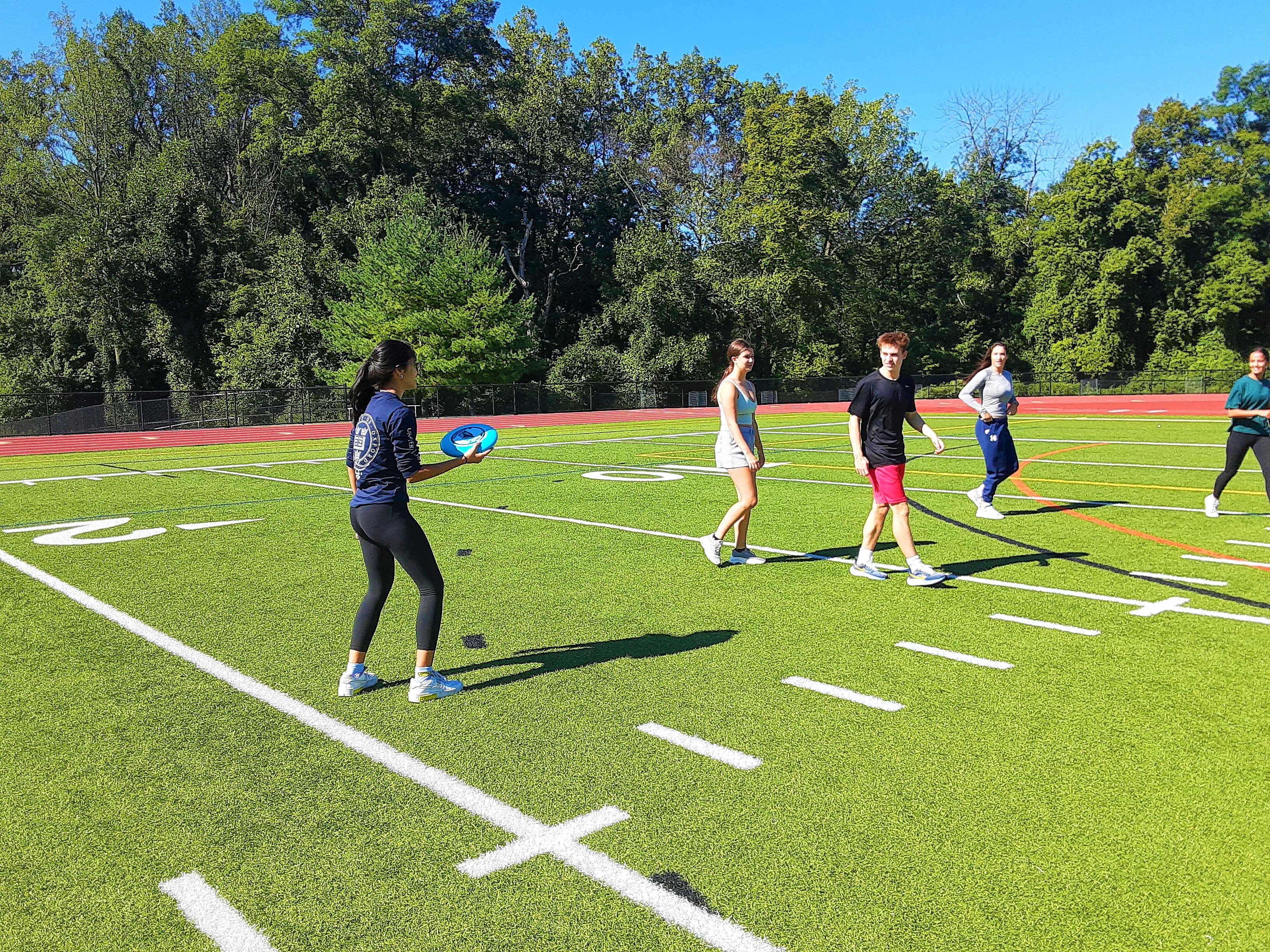 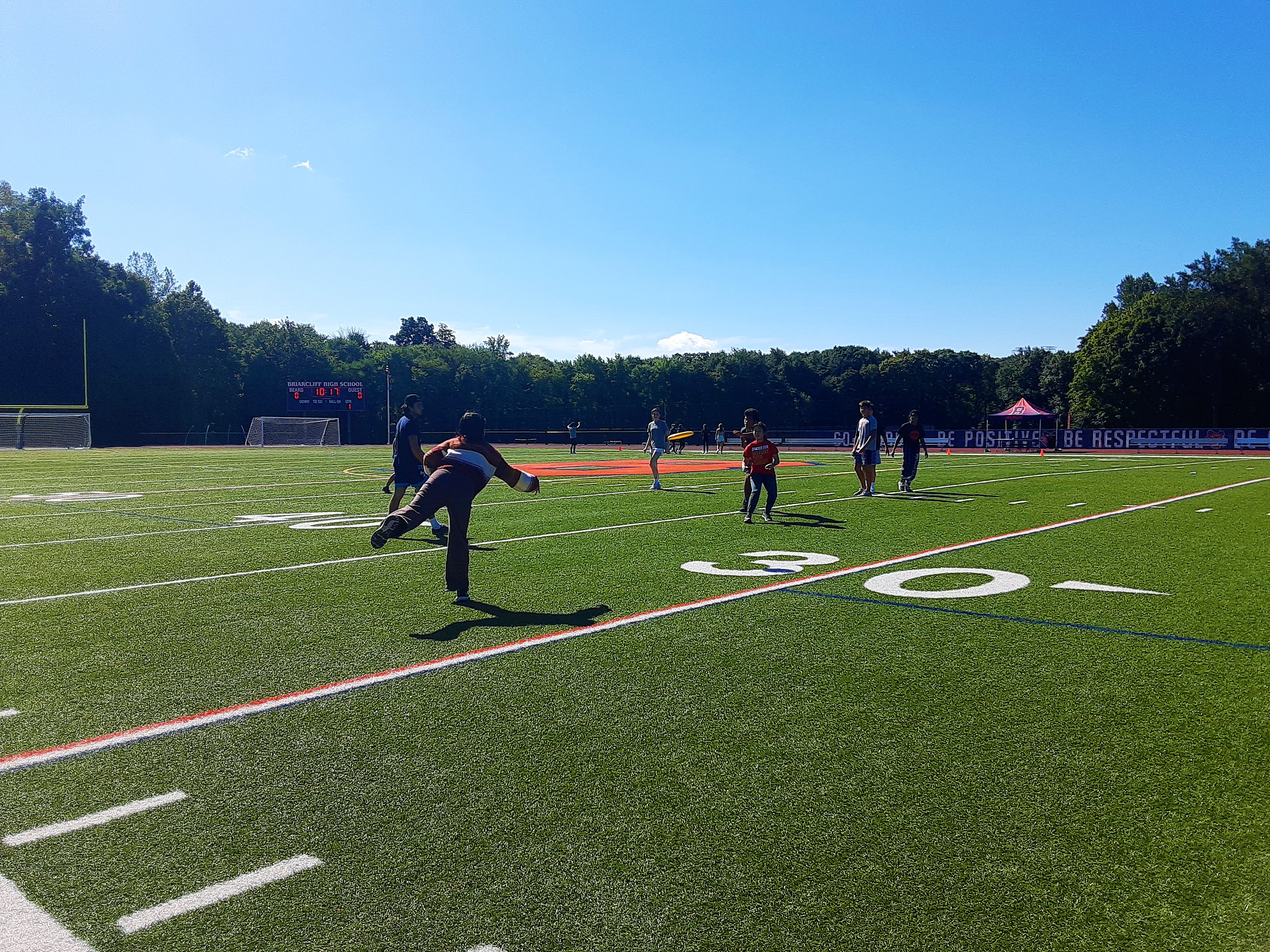 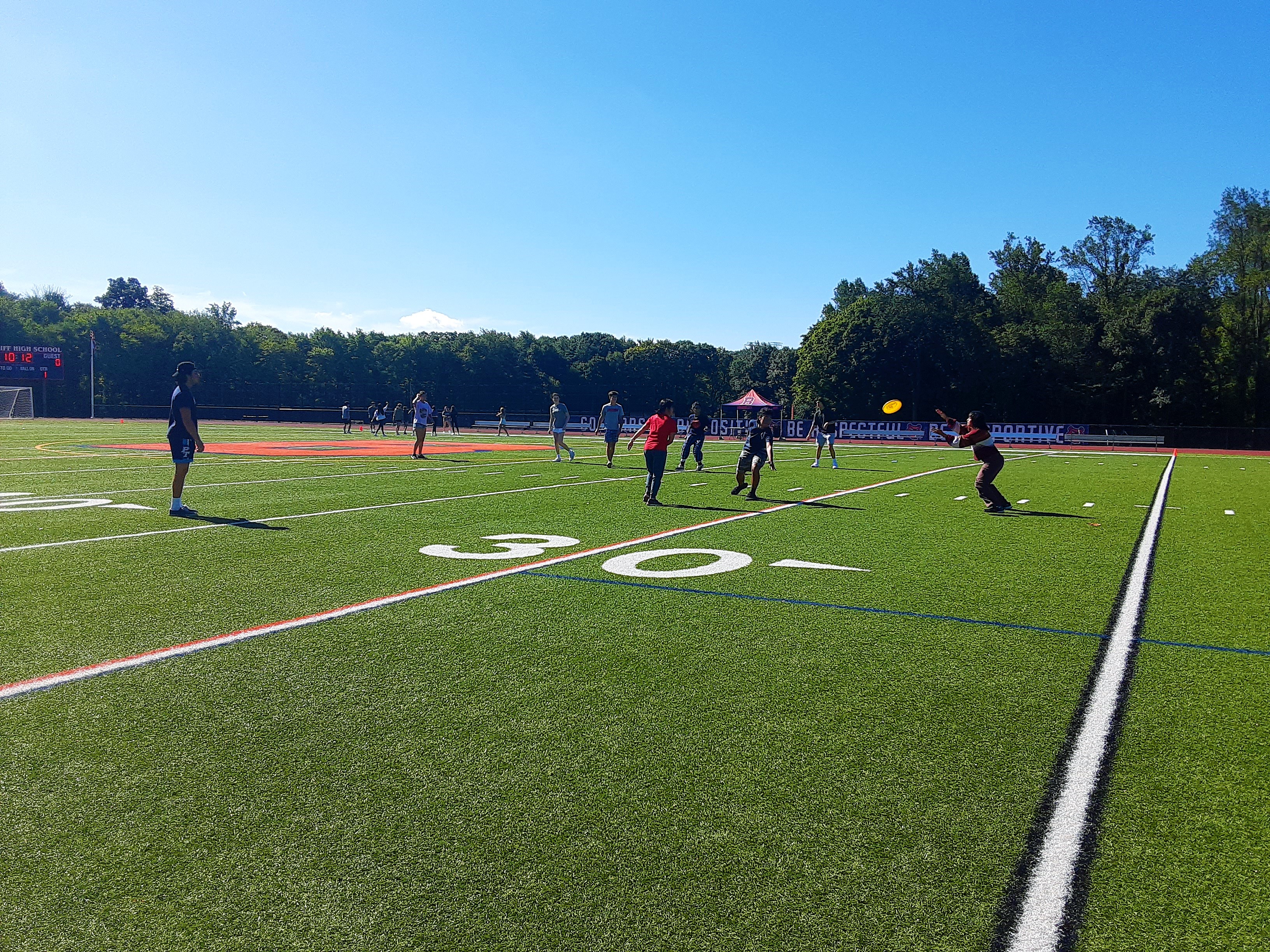