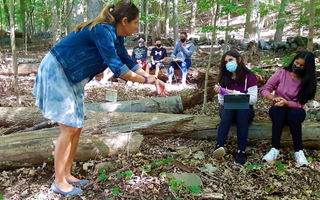 Can being in nature cause our heart rates to go down? This is what students at Jessica Loprieno’s science class hypothesized in a course called “Medical Detectives,” and which is a part of Project Lead the Way at Briarcliff Middle School.

“They practiced taking their temperature using disposable thermometers and recorded their respiratory rates, which is counting their number of breaths,” Ms. Loprieno said. “To do that they count during 30 seconds and multiply by two so they have the rate per minute. Students also took their blood pressure, using blood pressure cuffs.” 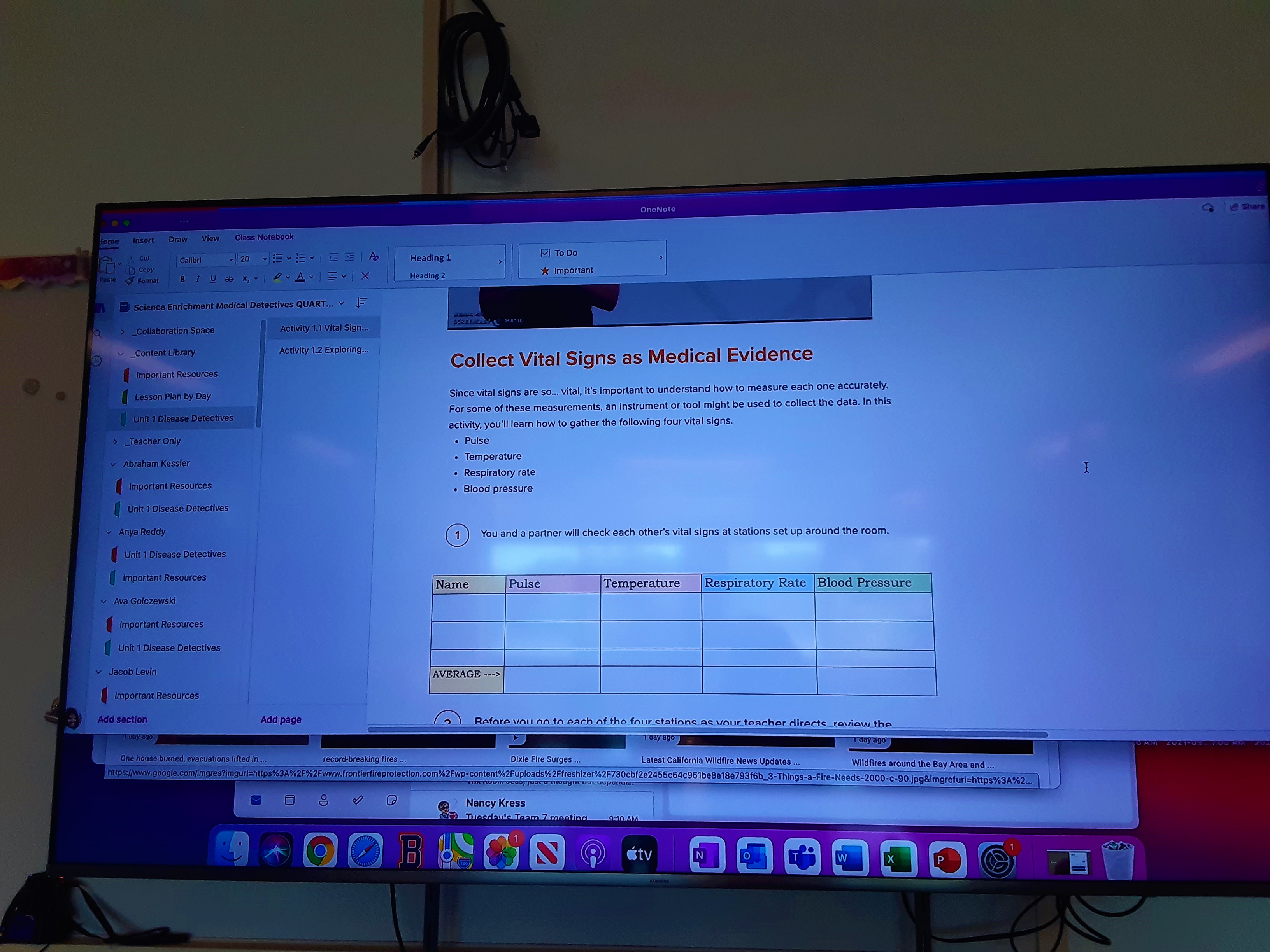 The next part of the course involved students designing their own controlled experiment to see if they can manipulate their own heart rate. Students can choose to study either their heart rate or their respiratory rate.

“They had all types of suggestions, such as meditation, yoga and immersing themselves in nature – many students wanted to go outside,” Ms. Loprieno said.

They agreed to go to the wooded trail behind the school.

“They already had their resting pulse rate, so they were planning on waiting five minutes when they get to the woods and then testing three times during a 15-minute period to see if the rate steadily declines the longer they spend in nature.” 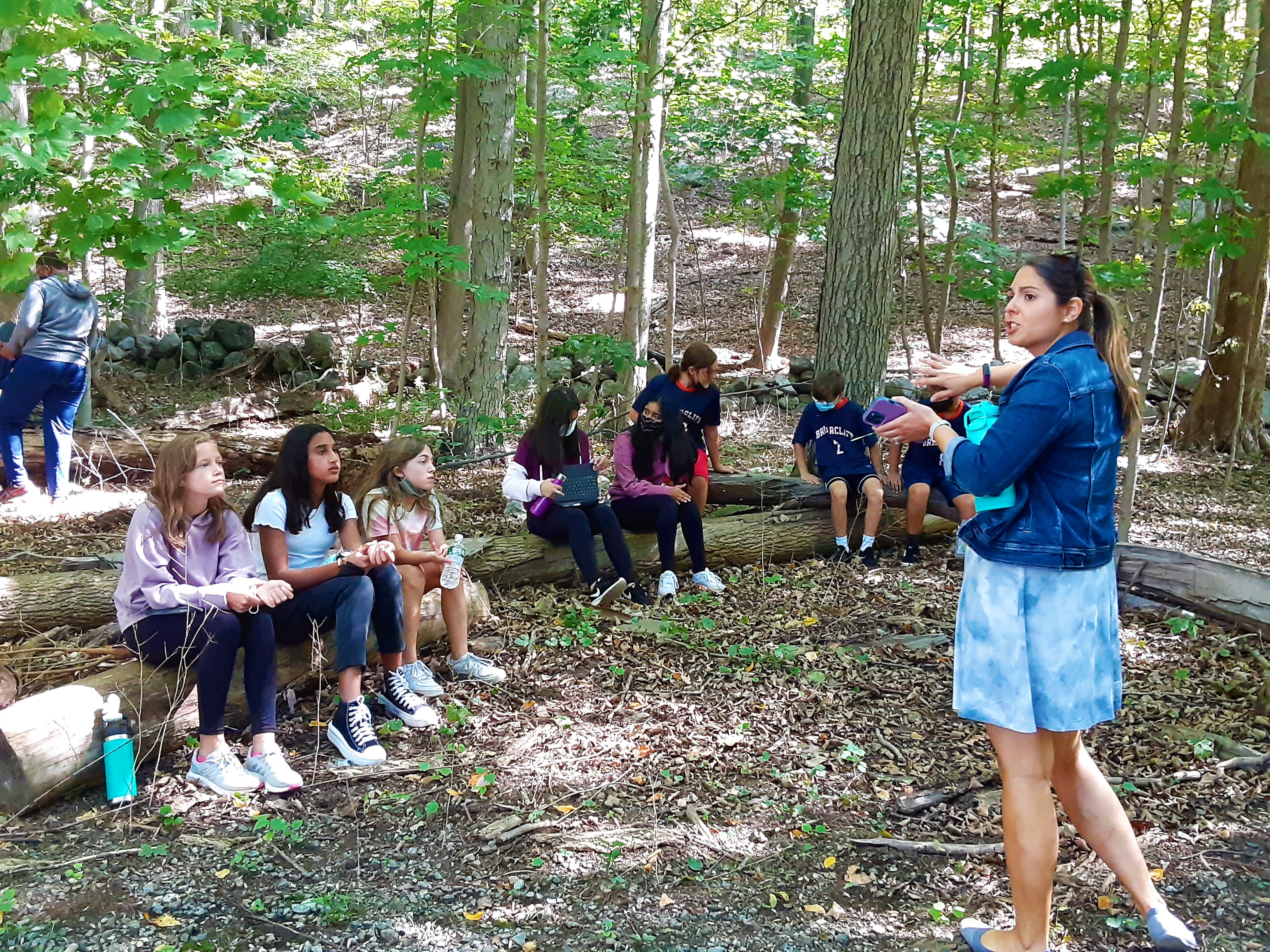 Once the students got to the woods they sat in small groups and measured their heart rate three times every five minutes. The next day, the students discussed their experience in class.

“Some students found that their heart rate decreased after being immersed in nature, while others found the opposite effect,” Ms. Loprieno said. “Students discussed possible reasons for the differences in data, and then revised their experiments to try it again. Some groups chose a different manipulative variable, such as listening to relaxing music versus rock and roll music, and found that their heart rate did decrease with relaxing music compared to the more energizing sounds of rock.”

Now that the students are able to check their own vital signs they will be moving on to the next lesson: analyzing case studies of pretend patients to diagnose illness. 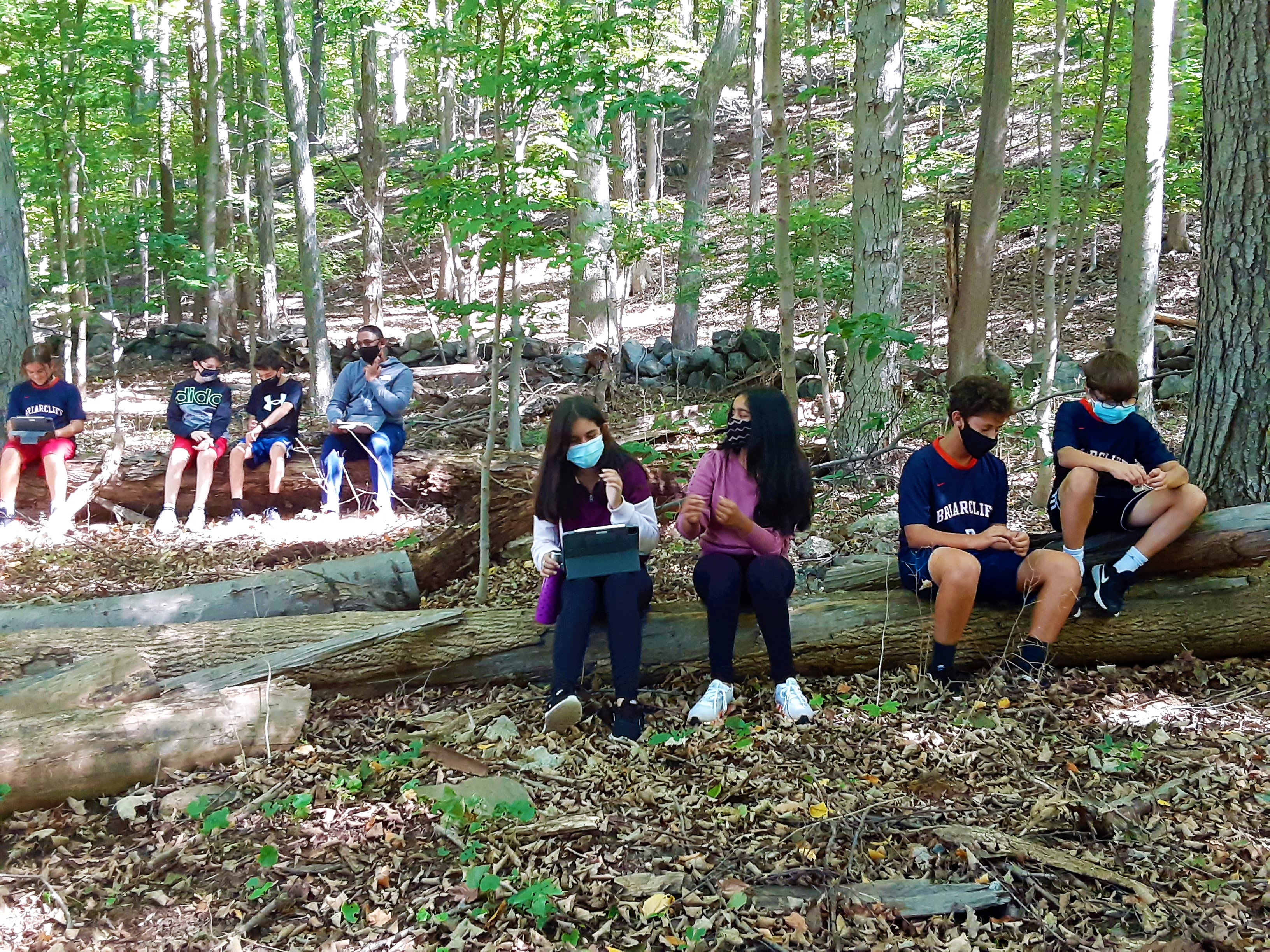 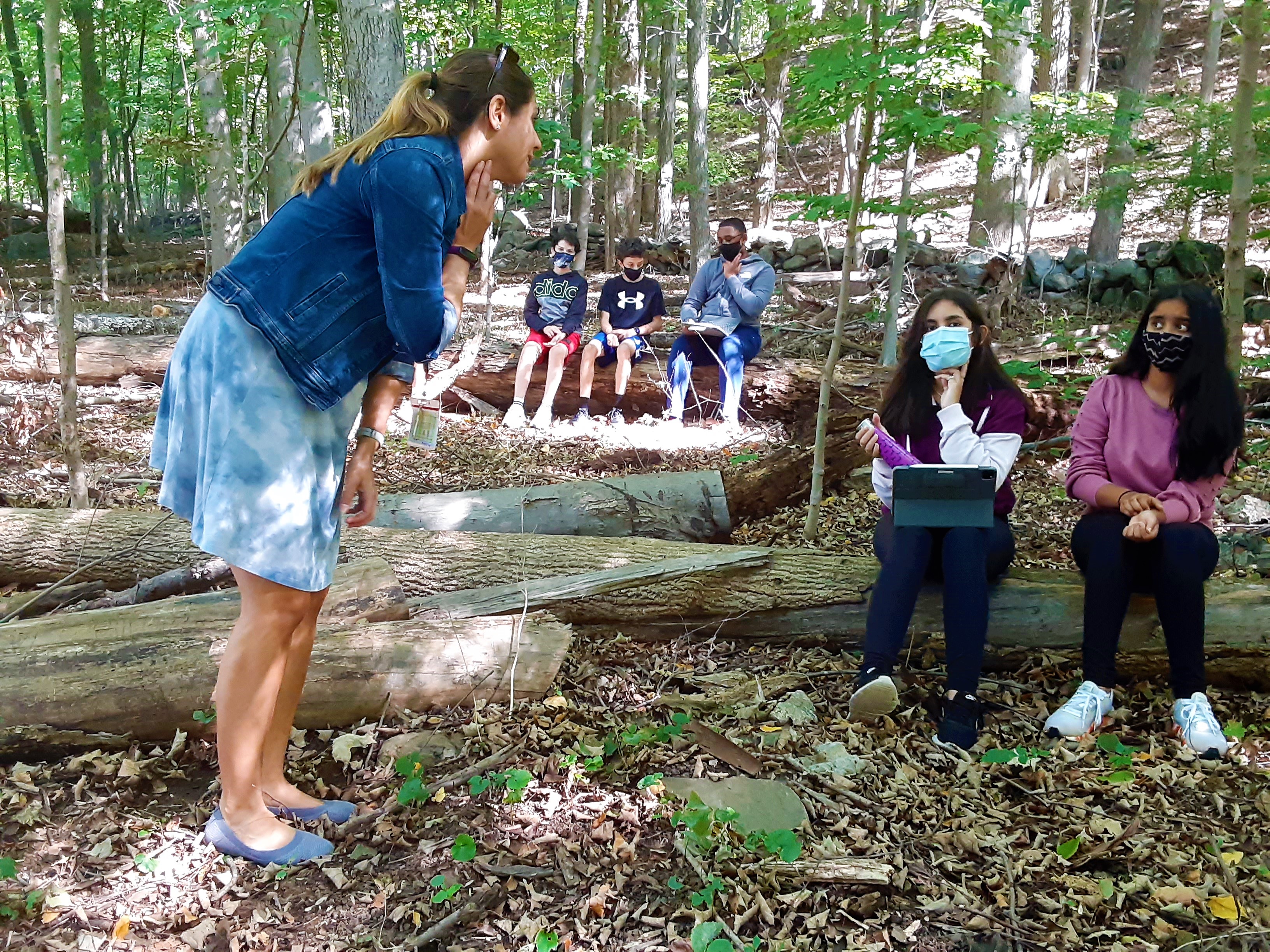 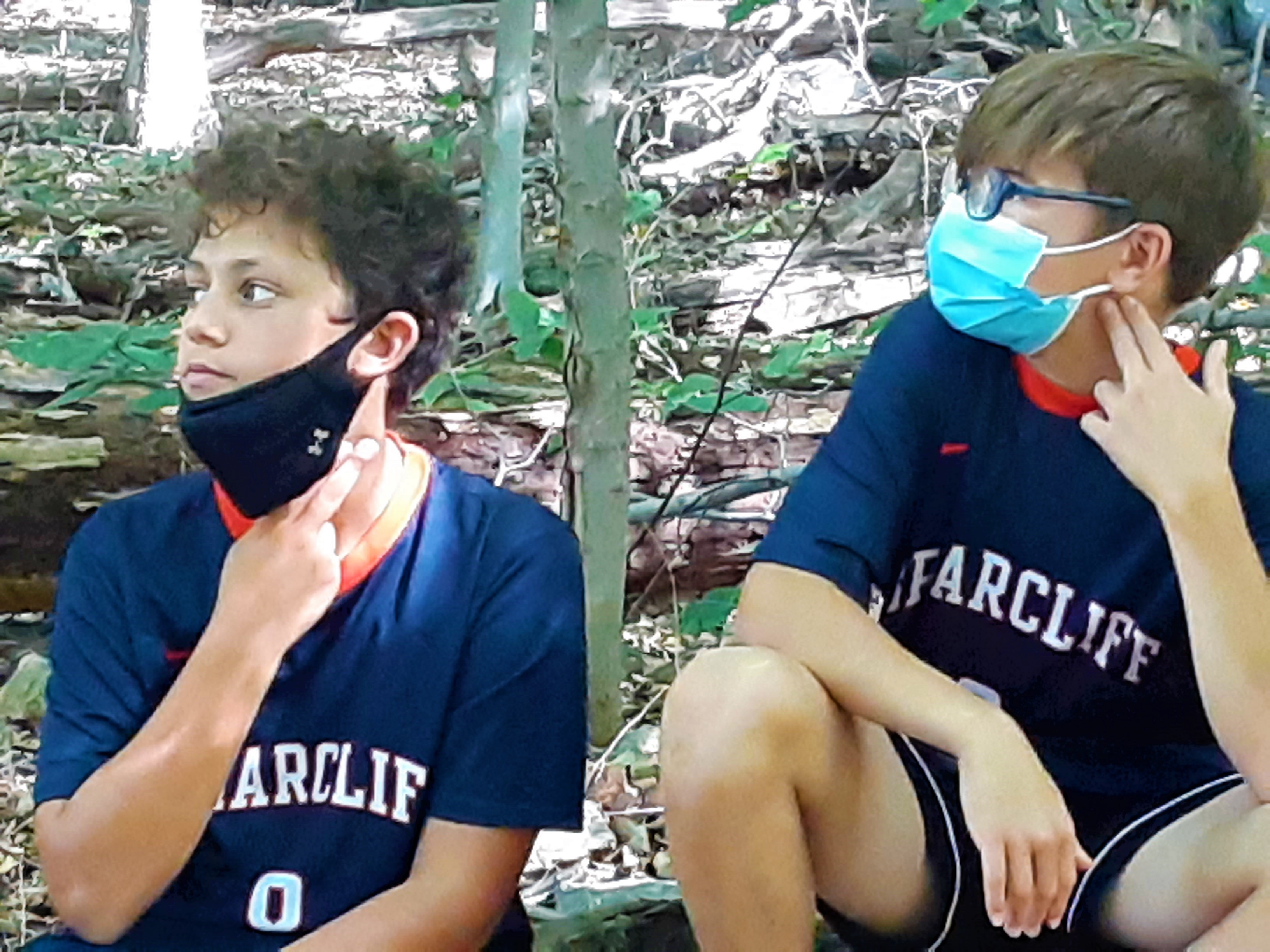