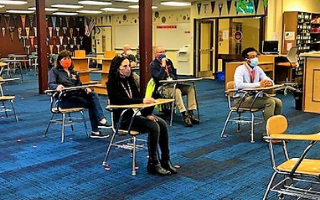 Recently the entire Briarcliff High School staff, administration, teachers - every single person working in the high school - has participated in a three-hour implicit bias training with Dr. Marks. Dr. Marks has trained numerous educational institutions, private corporations and police departments (including the entire LAPD) among many other institutions. He worked with the leadership team in Briarcliff back in February while the middle school and Todd staff and faculty had their own Equity/Diversity/Inclusivity training. Middle School and Todd staff will undergo Dr. Marks’ training in a few weeks.

“The goal was to have the entire district connected to this work on the same day,” said Briarcliff High School Assistant Principal Daniel Goldberg. “I believe that people were receptive, appreciative and energized by the work being done.”

Mr. Goldberg was moved by the training session.

“The implicit bias training was eye opening for many as Dr. Marks made us aware that implicit bias requires exposure and not belief. Many good people may have certain thoughts due to an overexposure to certain images or experiences,” Mr. Goldberg said. 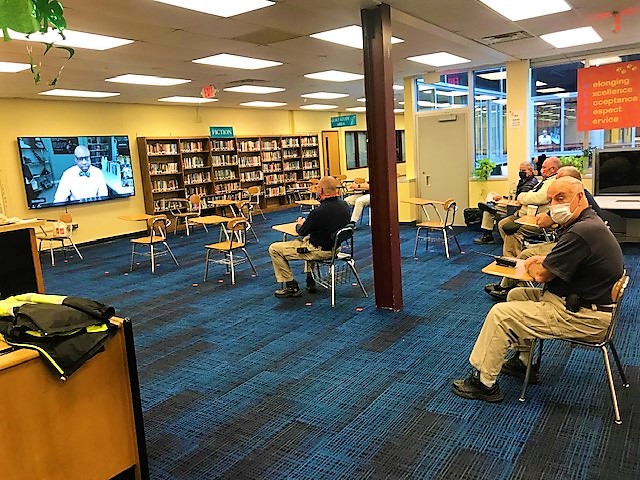 According to Dr. Marks, implicit bias is activated involuntarily and without awareness or intentional control and anyone who has a brain and lives in society has implicit bias. Implicit bias can be measured by measuring the strength of subconscious associations between groups and evaluations or stereotypes.

“This type of training is extremely challenging but true change often comes right at the edge of discomfort,” Mr. Goldberg agreed. “Dr. Marks’ personality, charisma, energy, and the information he provided which he based on evidence and facts, drove the training and made it a success. We are unbelievably grateful and lucky to be able to work with him as he is a tremendous trainer and is in high-demand nationwide.

District Superintendent Dr. James Kaishian is pleased with having taken a big step towards a mutual goal.

“The training represents a continuation of the District’s commitment to creating school environments that are free from racism and bigotry,” he said. “We still have a long way to go, but it is important to acknowledge that even though we may be well-intentioned, we can perpetuate racial stereotypes and hardships for students and staff. I feel as if we have moved one step closer toward our goal of inclusiveness.”