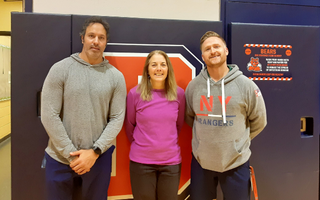 “Movember” is typically associated with men growing a mustache during the month of November to raise awareness for men’s health issues. Some call it “Grow-vember” and avoid shaving their face during that month.

But in Briarcliff High School, “Grow-vember” has taken on a whole new meaning: it is being used as a time to focus on personal growth and character development education for students.

“We wanted to bring out the best in our students – we want them to have good manners and to be polite,” Mr. Meola said. “In physical education class we normally teach them about teamwork and cooperation but we also want to stress other life skills, such as problem-solving and learning how to be respectful of others,”

According to Mr. Meola, the plan was to begin with basic words such as ‘please’ and ‘thank you.’

“We wanted to start with a strong foundation - using words that you say every day - and then build up from that,” Mr. Meola said. 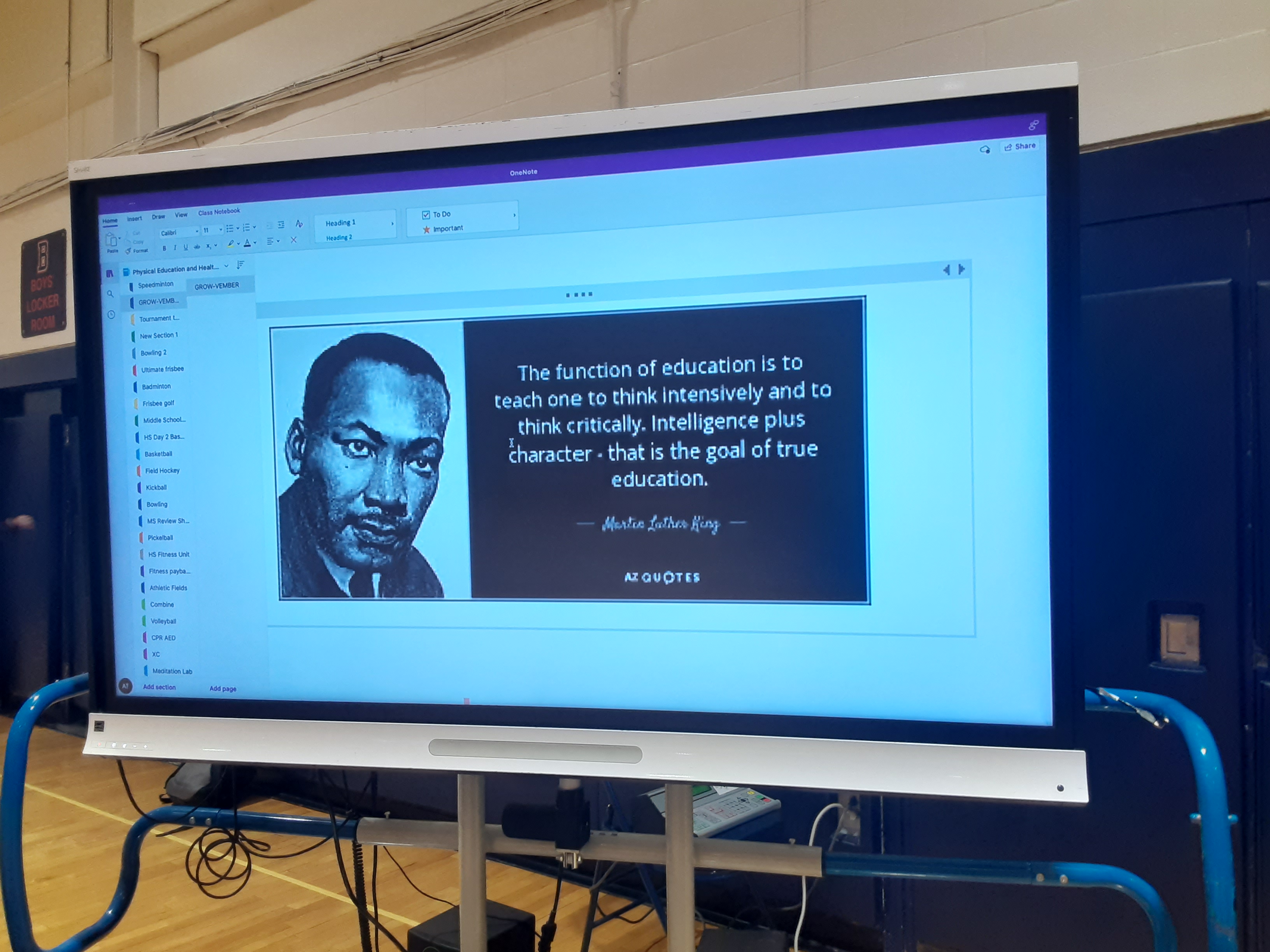 At the beginning of every physical education class, teachers spend several minutes displaying slides with famous quotes by people such as Martin Luther King Jr. and Ralph Waldo Emerson, as well as videos to spark discussions.

“It’s interactive,” Mr. Meola said. “We want to know what the students think of what we show them. We discuss what it is to have character and leadership and what it means to be a leader without having a title, such as team captain or boss.”

“We come up with quotes and video clips and put them all on One Note,” Mr. Meola said. 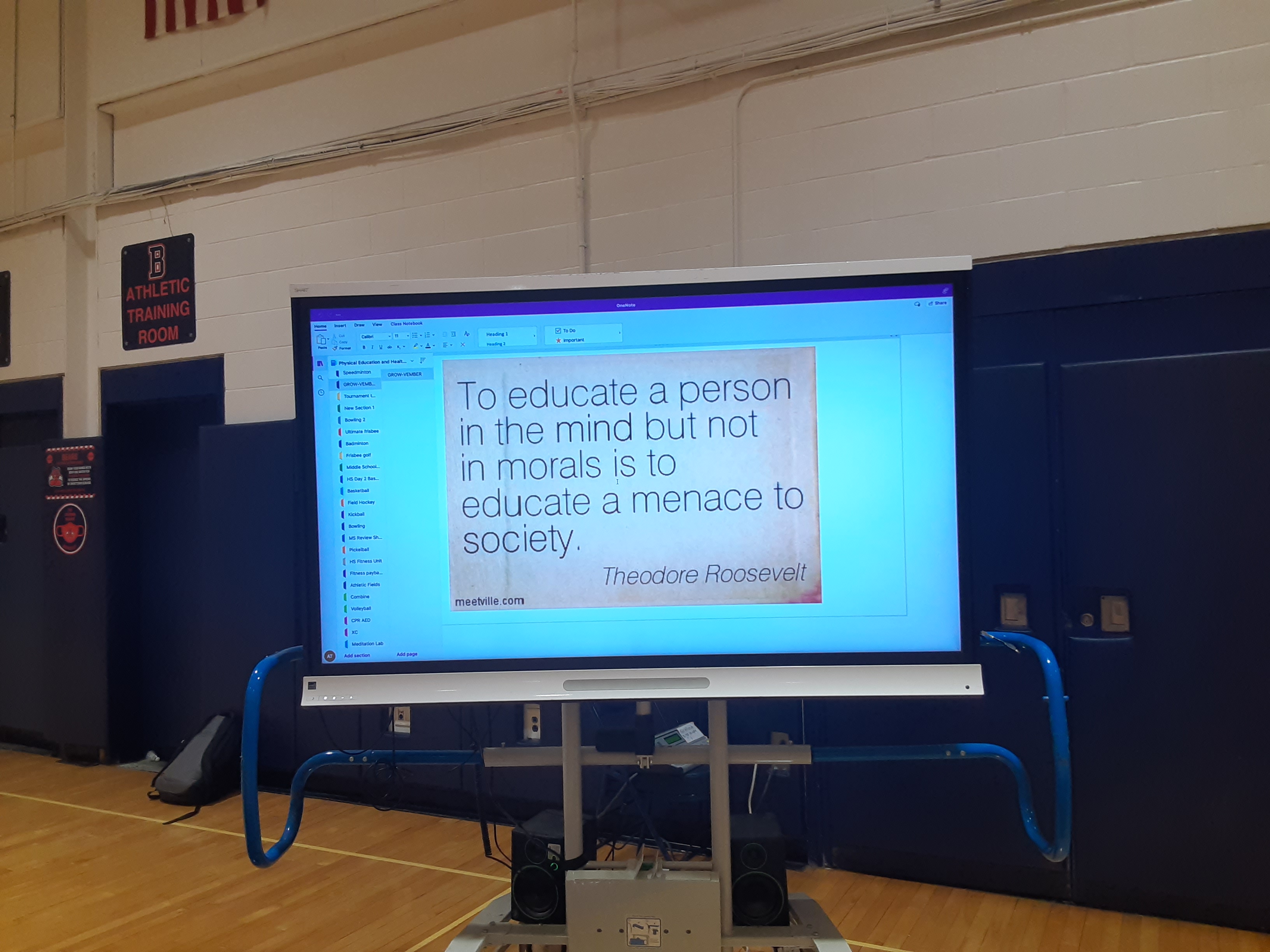 Recently, the students discussed a video called “This is Water,” which is David Foster Wallace’s commencement speech to the graduating class in Kenyon College in 2005.

“We discussed the message of the video with the students: that sometimes the most important things in life are right under our nose and we don’t realize it so we should try to have awareness,” Mr. Meola said.

“In the beginning, the students were not too receptive because it was taking away from playtime but once we delved into it more, they realized that this is something important,” Ms. Thau said. “We focus on basic things such as starting an email to a teacher with a greeting, and saying ‘please,’ ‘thank you,’ ‘hello,’ and ‘goodbye’ in writing and in person.”

Now that November is coming on an end, Ms. Thau is pleased to see results.

“We have definitely noticed changes,” she said. “Students walk in and say ‘good morning,’ and we hear a lot of ‘thank you’s.’ They get excited when we start with the slides in the beginning of class.”

Although the “Grow-vember” character education is happening only during the month of November, there are plans to re-visit some of the topics throughout the year.

Mr. Meola and Ms. Thau are also hoping to bring these lessons to the middle school students as well.

“Everybody could use character education,” Ms. Thau said.